Engine (often called "ENJINE" in the 19th century) Lamps are among the most desirable and expensive collectibles in the Firematic hobby. Virtually every apparatus carried and prominently displayed these unique annd distinctively designed lanterns. Usually the glass sides contained the Company name and illustration
​ 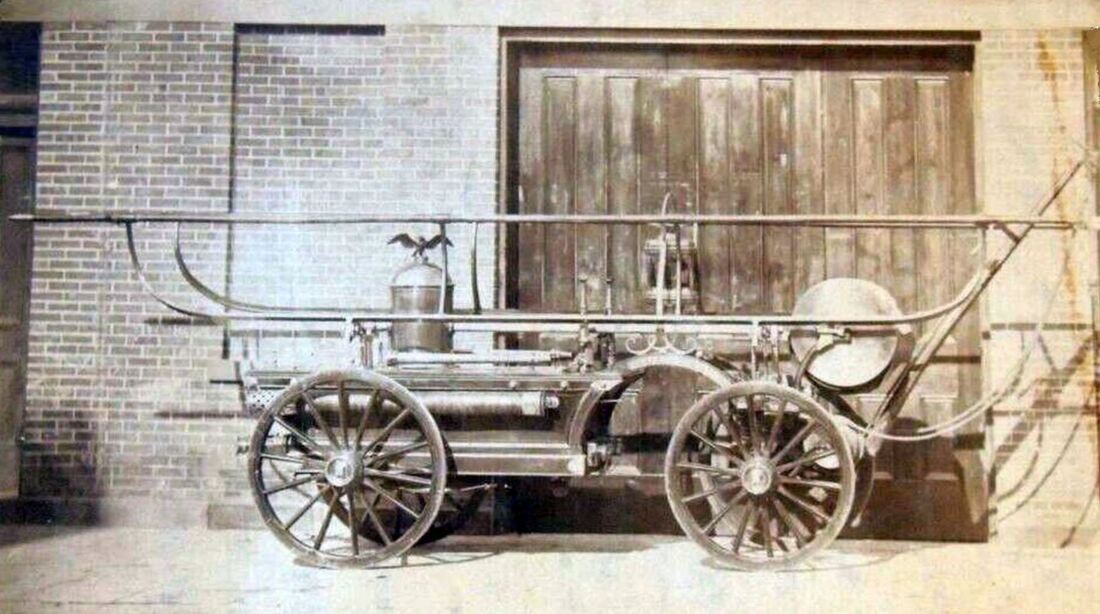 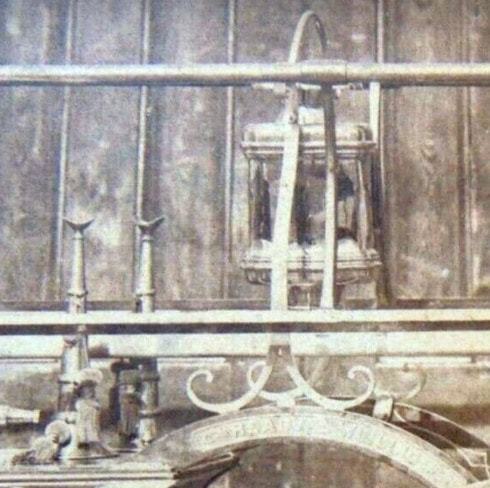 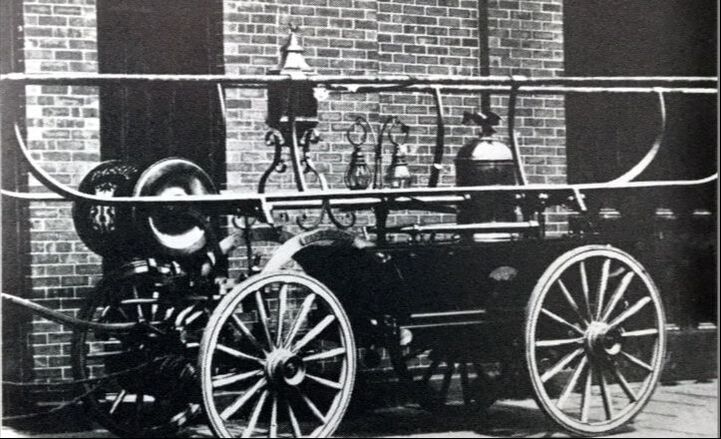 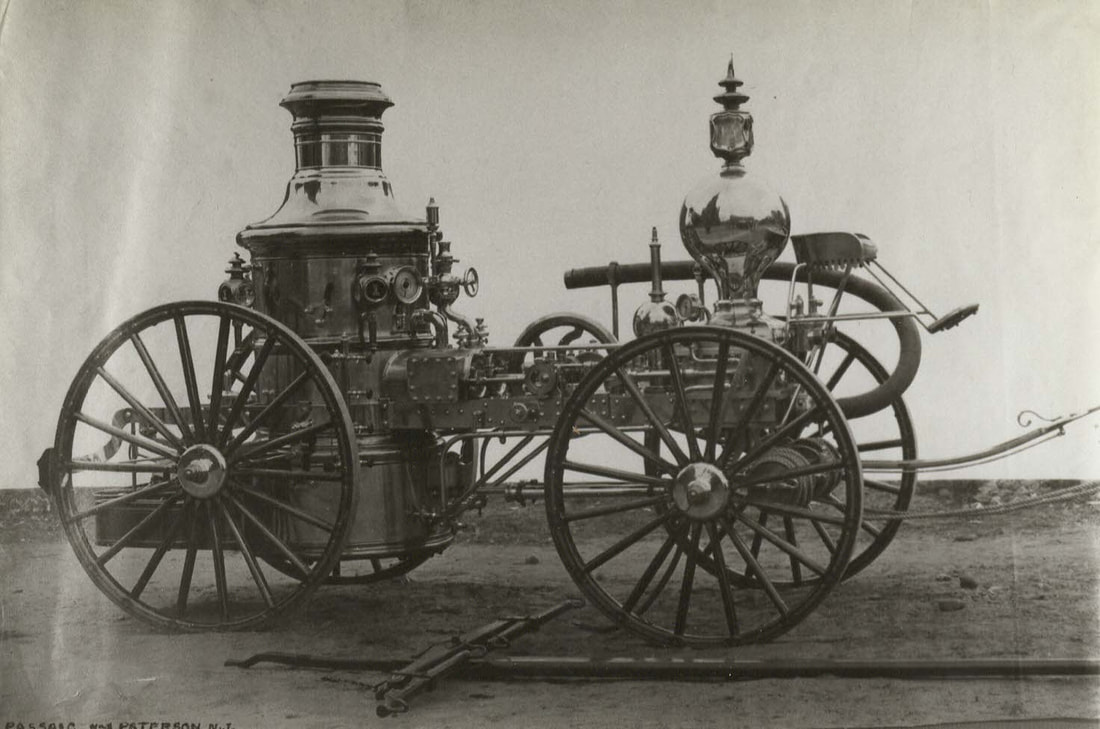 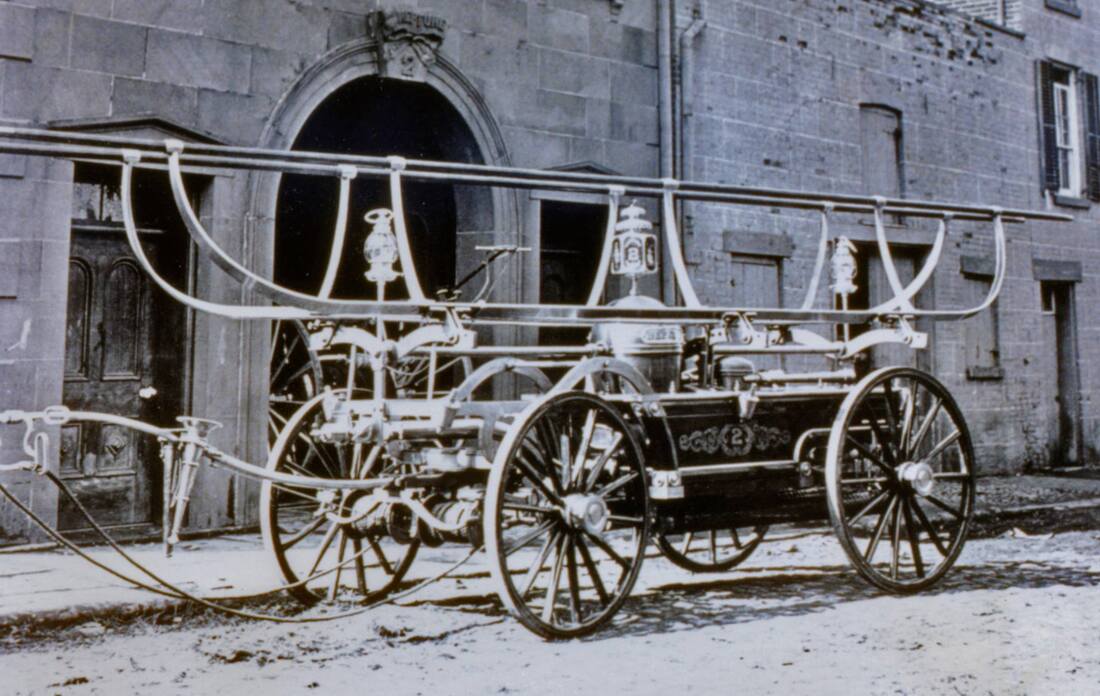 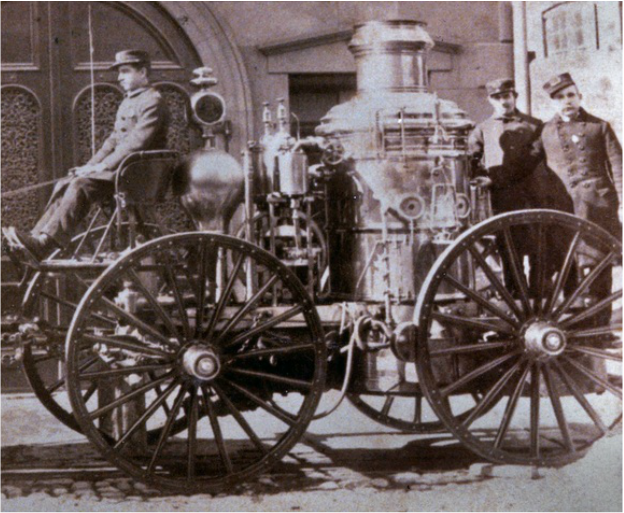 Below are pictures of two Paterson Volunteer Department engine lamps: the main one atop the Jeffers steam fire engine and the small side light attached to boiler. The way the main engine lamp is displayed on the restored 1861 steamer (Washington Engine Company 3) raises several questions. The photos shows an the lamp sitting on top of the mid-section of steamer. However the original lamp would not have been located in the mid section but rather screwed (fit very tightly) into the top of the large brass chamber (note the unused knob on its top). There would not have been the "swing" holder that is now present holding the lamp. Sometimes hose wagons had lamps which would use this type of swing hanger. The lamp belongs on the front brass chamber and the real question is why did not restorers put it where it rightfully belongs? 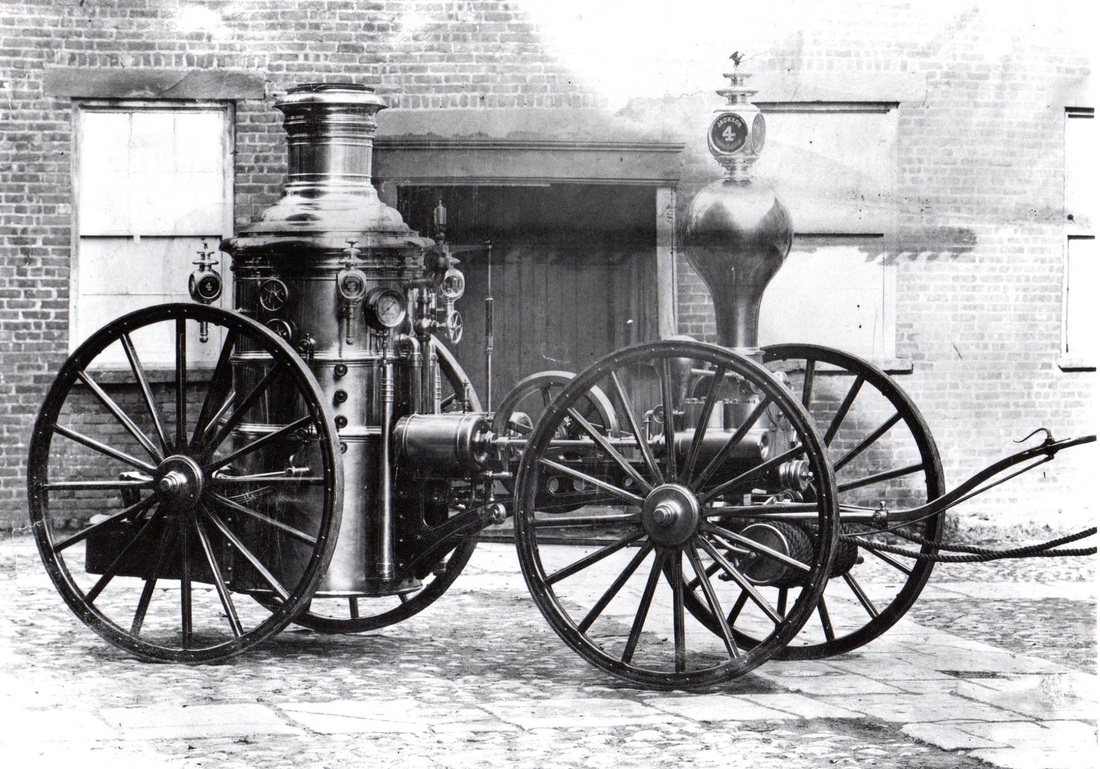 The engine lamp seen on Paterson's Jackson Engine Company 4 is shown below. The silhouette engraved on the glass is President Andrew Jackson on his horse.
​A shield shaped E4 badge is on the base 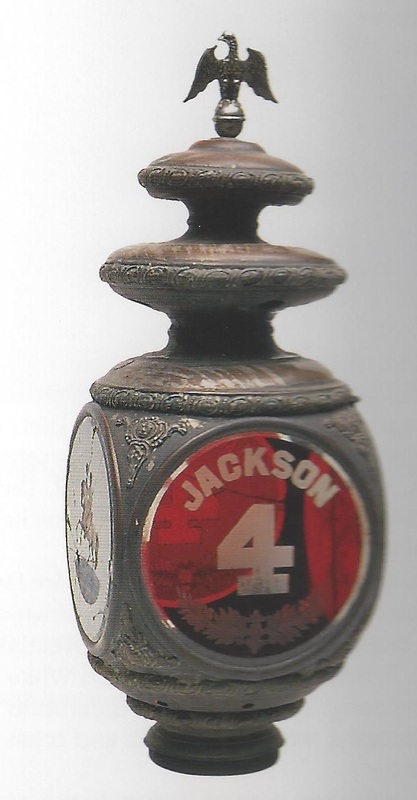 As seen in the book Firefighting Antiques and Memorabilia by James and Sandra Piatti, A Schiffer Book 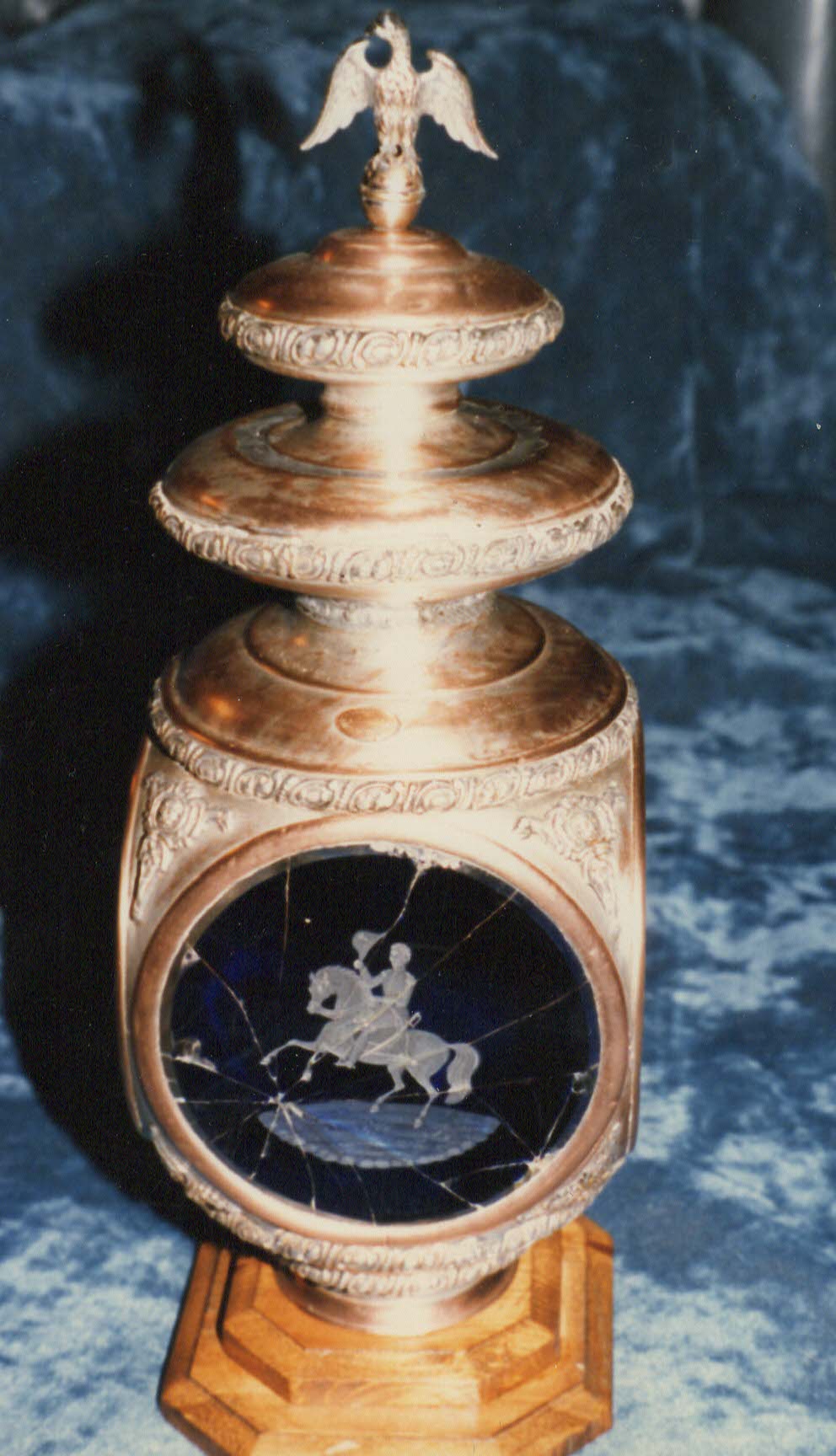 The following newsclip may explain how the glass panels were cracked - 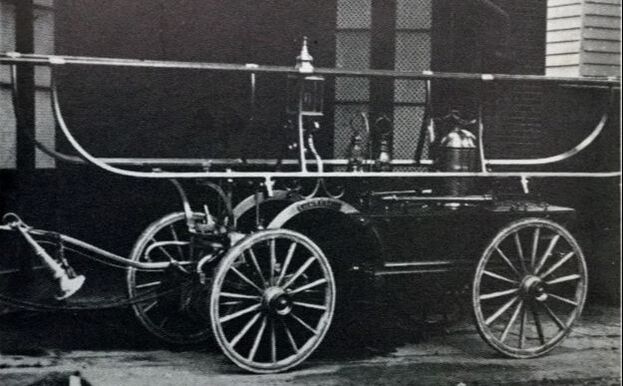 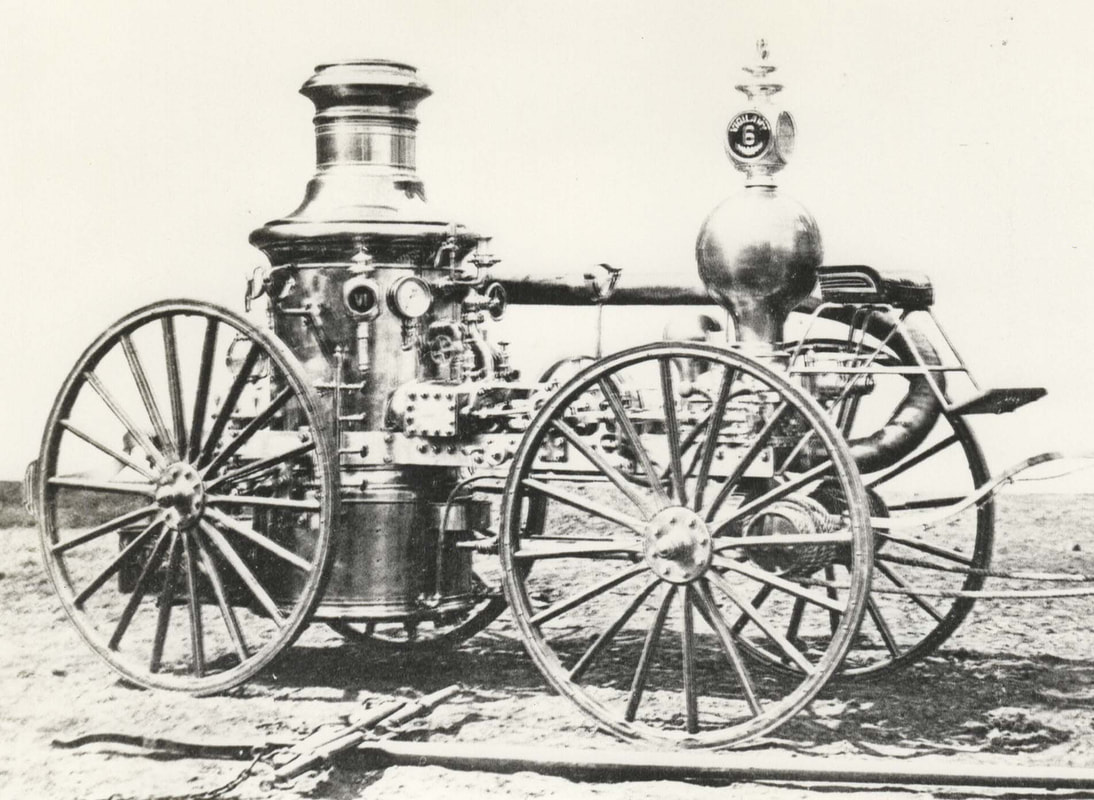 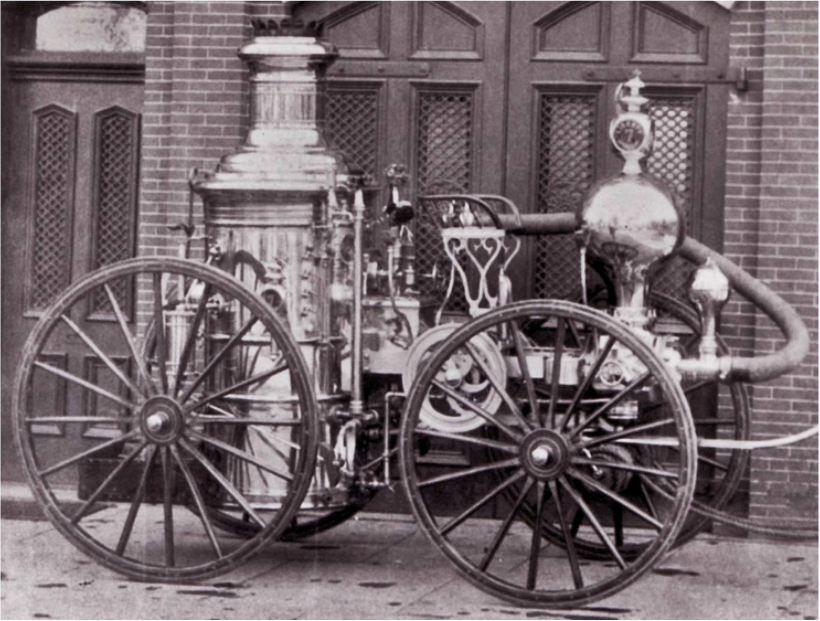 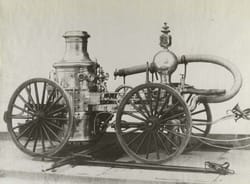 ​Engine Lamp of Eagle Hook and Ladder 1 on Jackson Street: Notice on ladder truck
​the lamp was held in place with a "swing type" holder 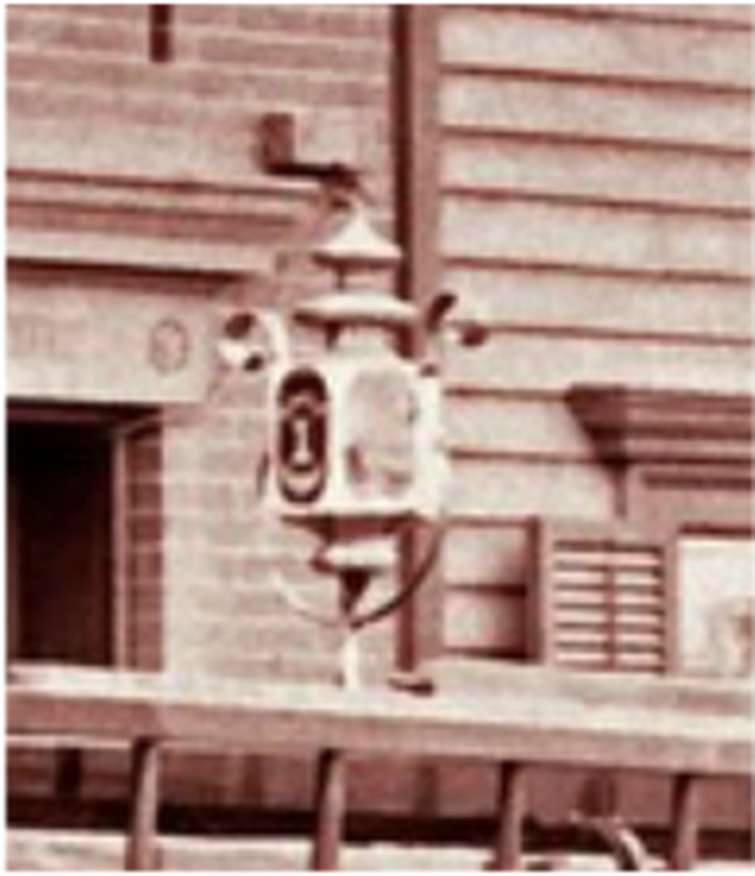