Selection of Chief Engineer in 1960

August 15, 1959: Chief's Test announced due to the sudden death of Chief Engineer Hobart Strathearn in April 1959.
December 19, 1959: The Civil Service test to select the next chief occurred 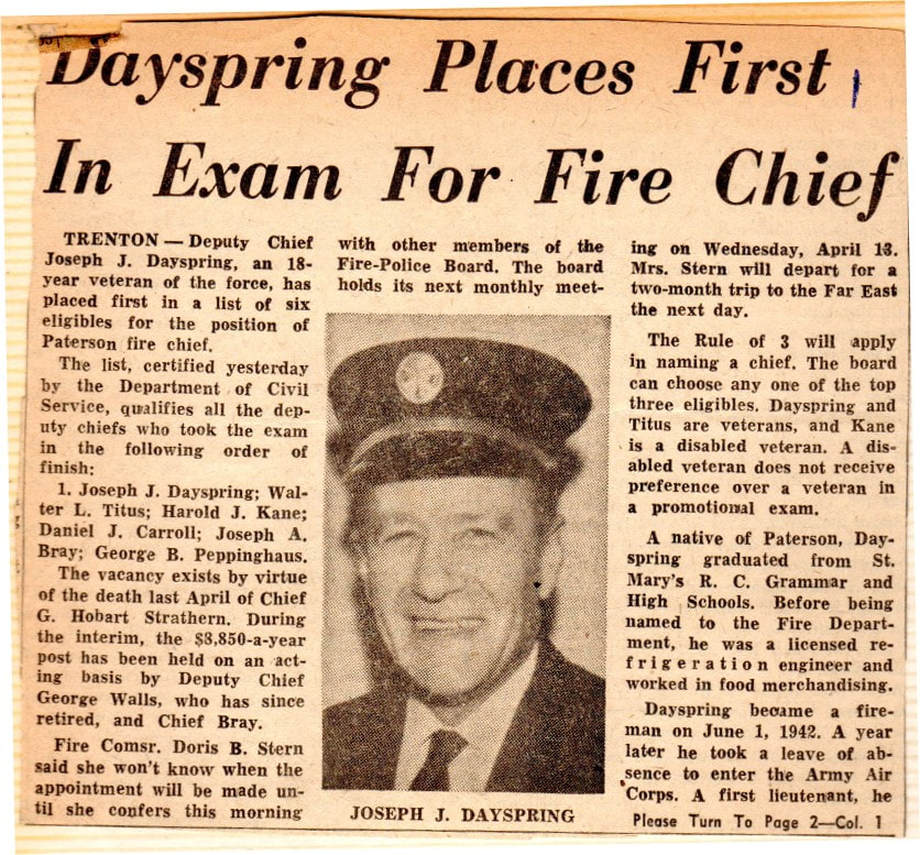 The day after the above newspaper article, the article shown below appeared in the Paterson Evening News. 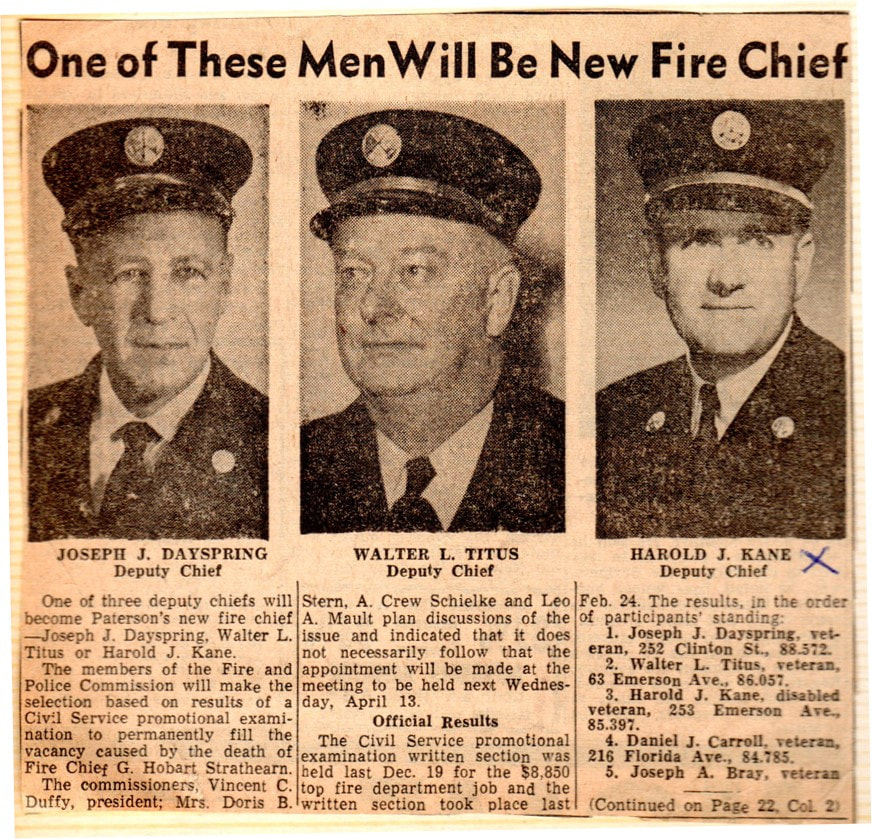 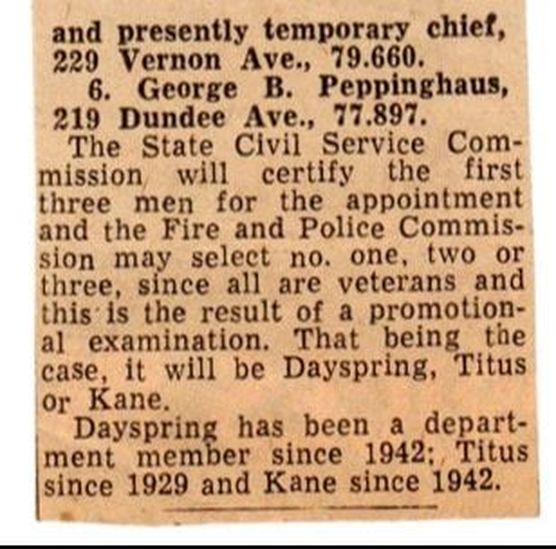 Below are the qualifications that Civil Service had for appointment to the rank of Fire Chief  which emphasized mostly test score but also seniority and record of service. 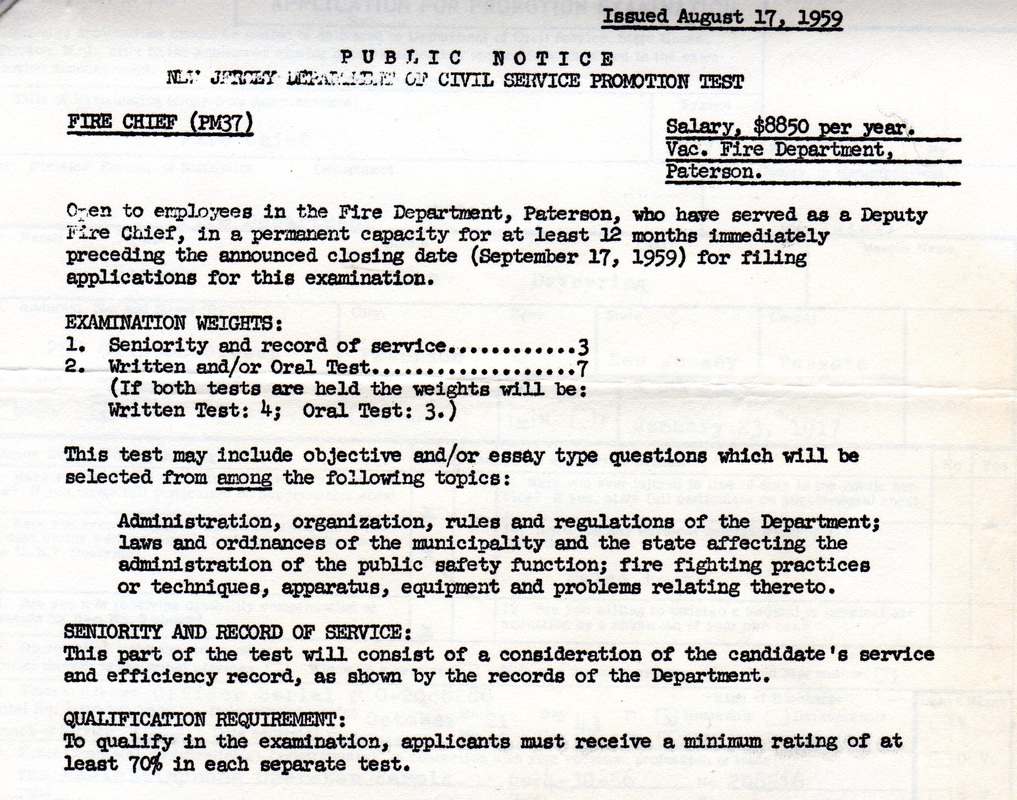 The 3 point difference between Dayspring and Kane is a considerable difference in Civil Service scoring methods. Kane served as a Battalion chief for 1 year and then in July 1958 was appointed a Deputy Chief without taking a civil service exam. After placing first in respective exams Dayspring served as a Battalion Chief for 4 years and a Deputy Chief for 3, which included a stint at running the Combustibles Bureau. ​
Column in the Morning Call after test results released noting it would be
highly unlikely ​that the Commissioners would not honor the list. 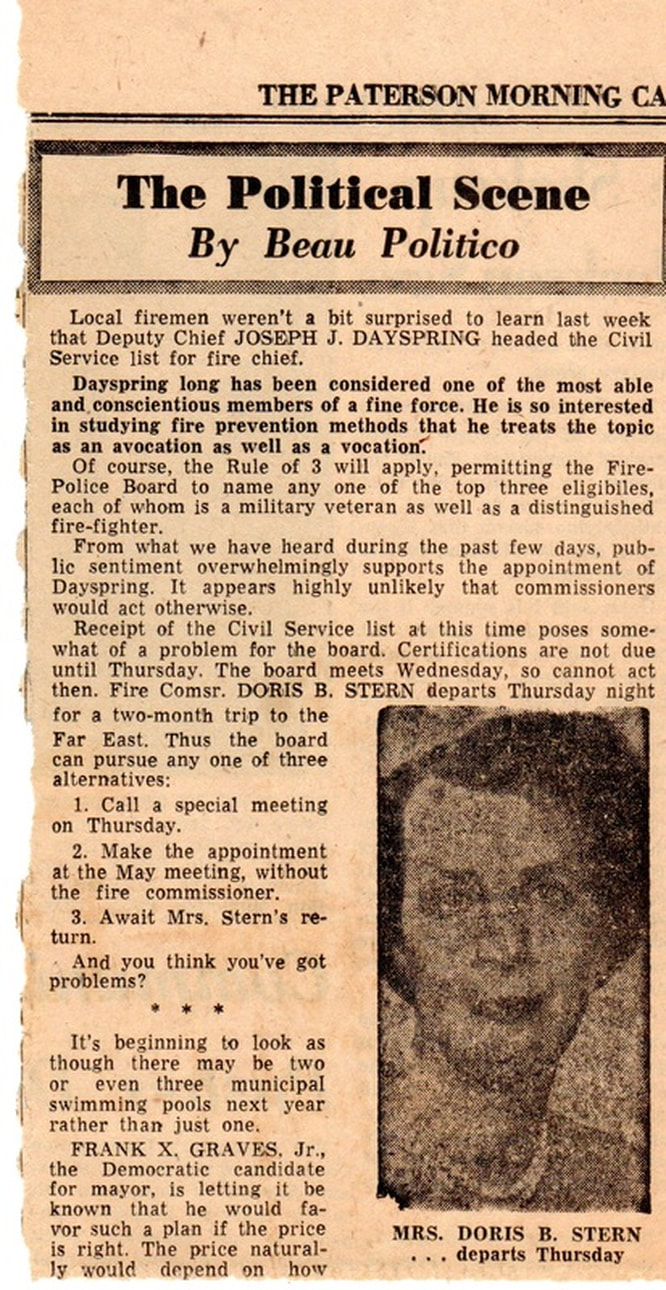 The next newspaper articles reported that at a special meeting ​of the Board of Police and
Fire Commissioners that lasted 5 minutes, Harold Kane, in a severe departure of
​commission policy,​was appointed to the Chief's position.

April 15, 1960
Letter of formal protest from Deputy Chief Dayspring to Civil Service which
​was denied because all of the three men were veterans. 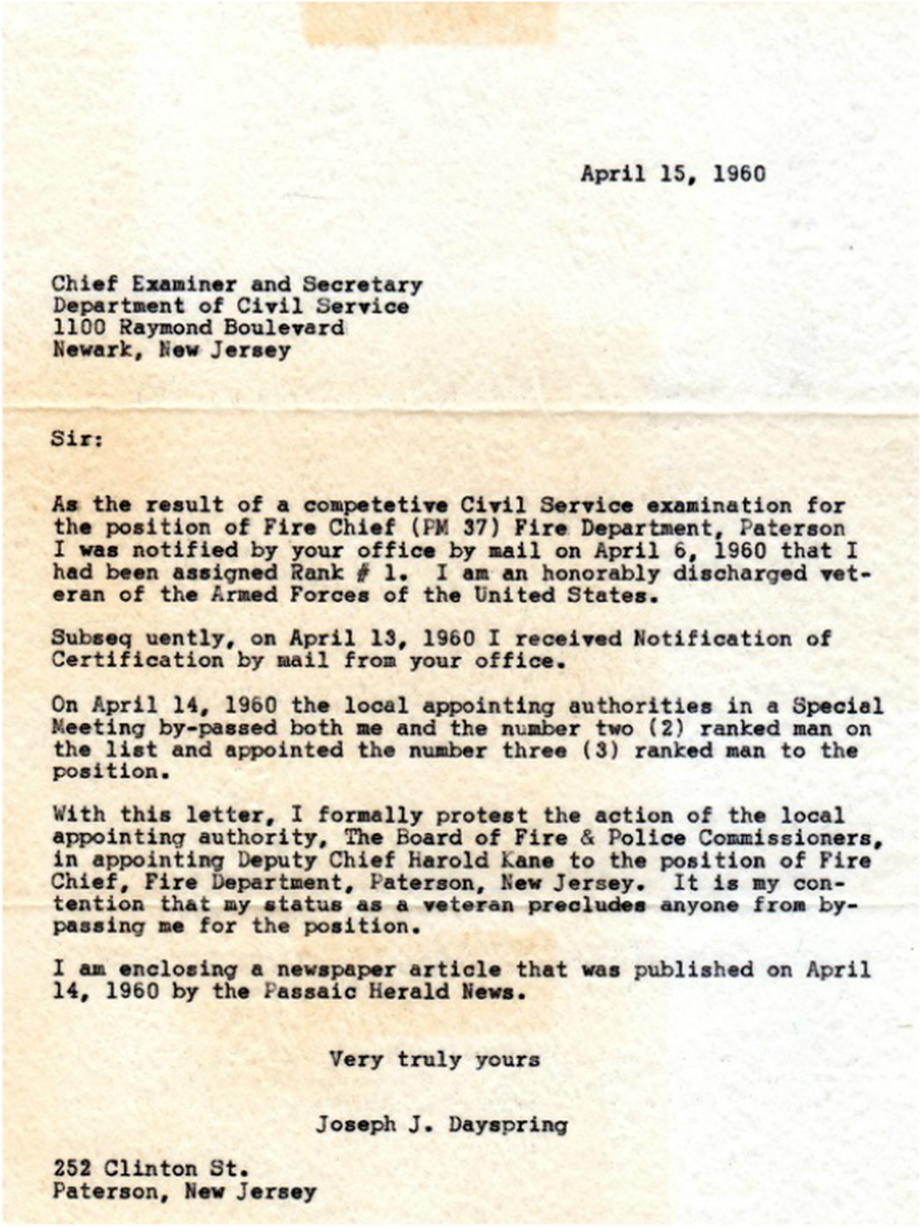 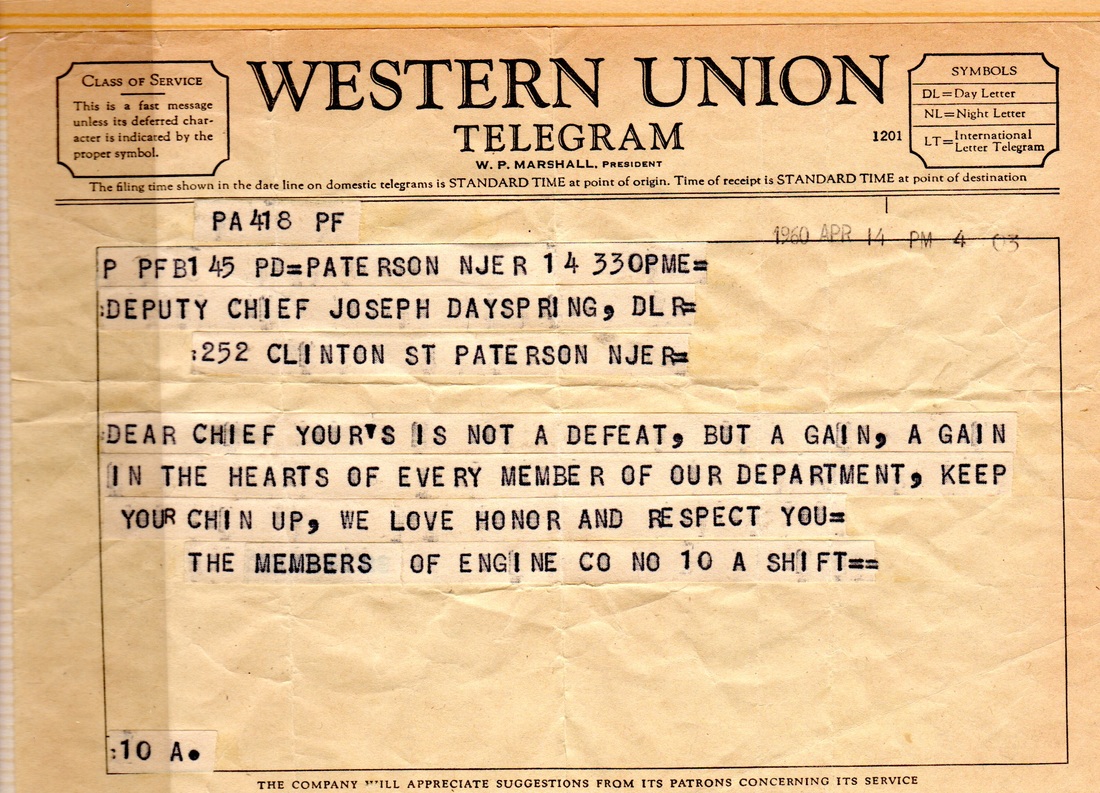 Below are a letter written to the Paterson News by Deputy Chief Dayspring and
​the response from editor Harry B Haines. 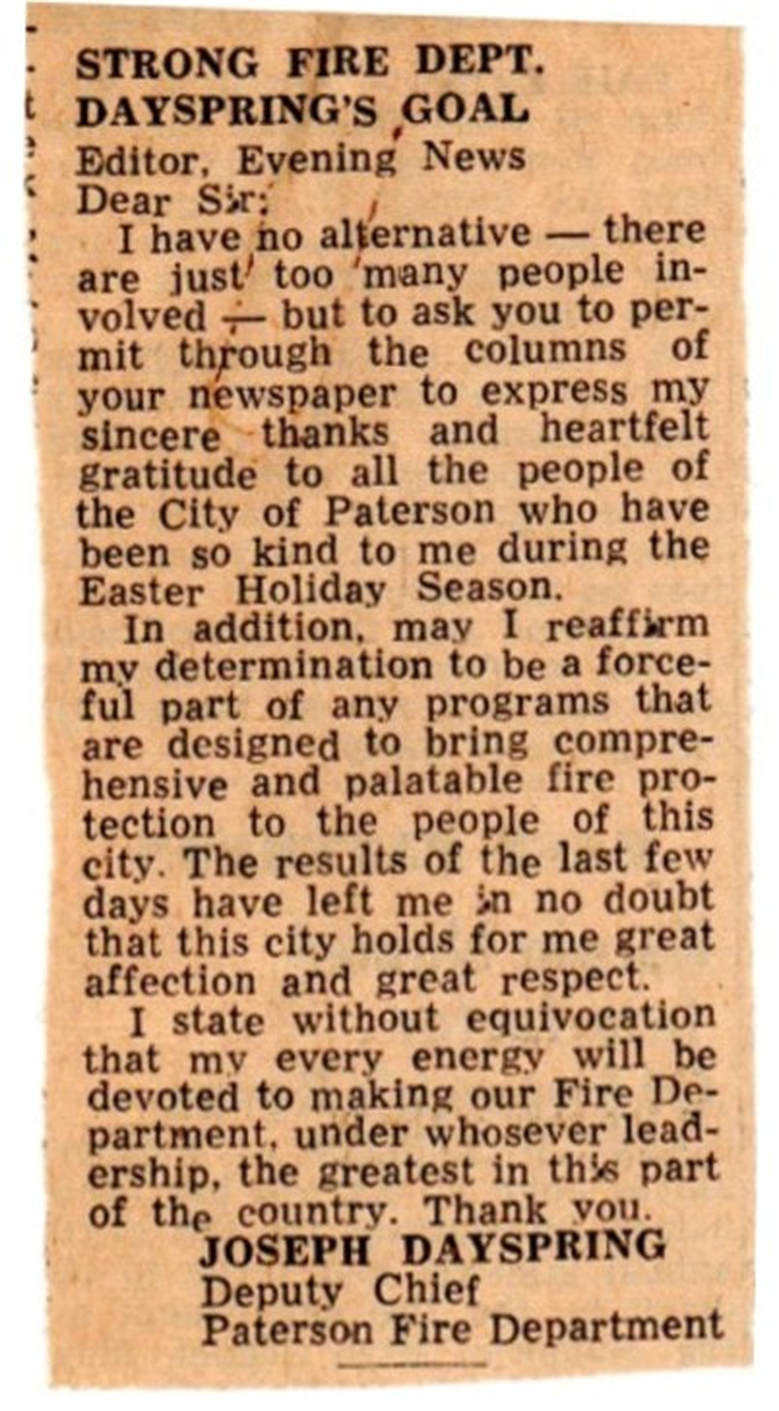 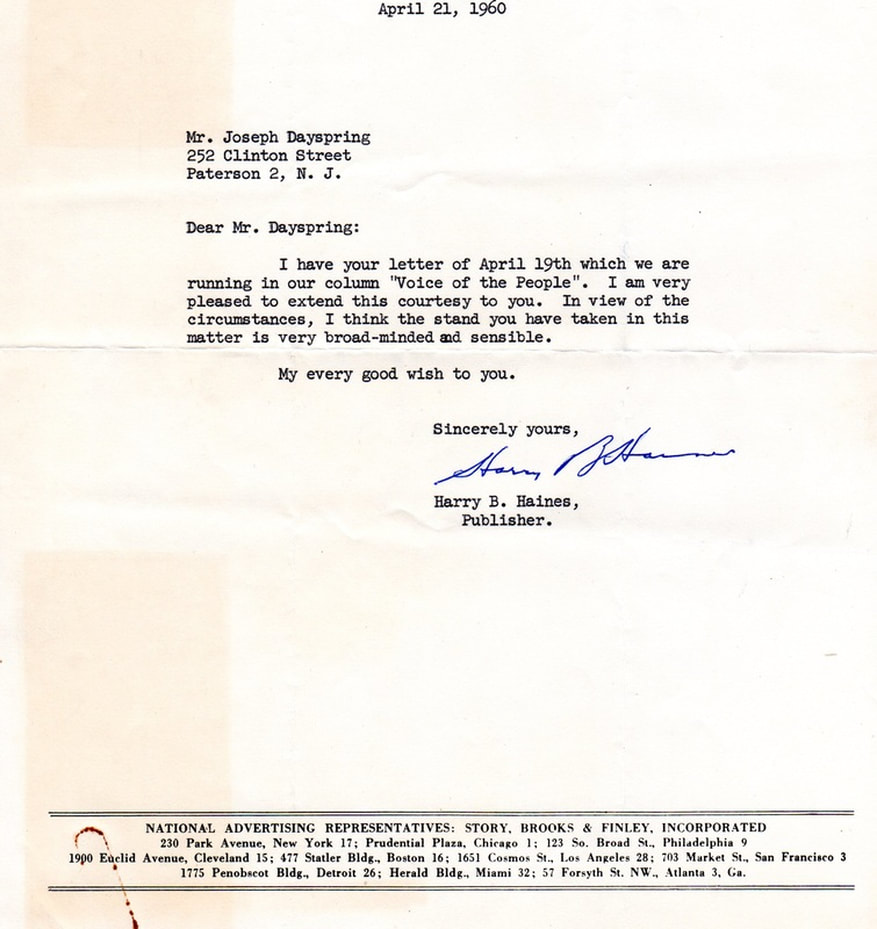 Note: Chief Carroll remained a Deputy Chief on "A" shift and Dayspring, now an Assistant Chief on the "B" shift served as Tour Commanders.

October 1, 1971: Dayspring became the Director of Research and Planning of the Fire department 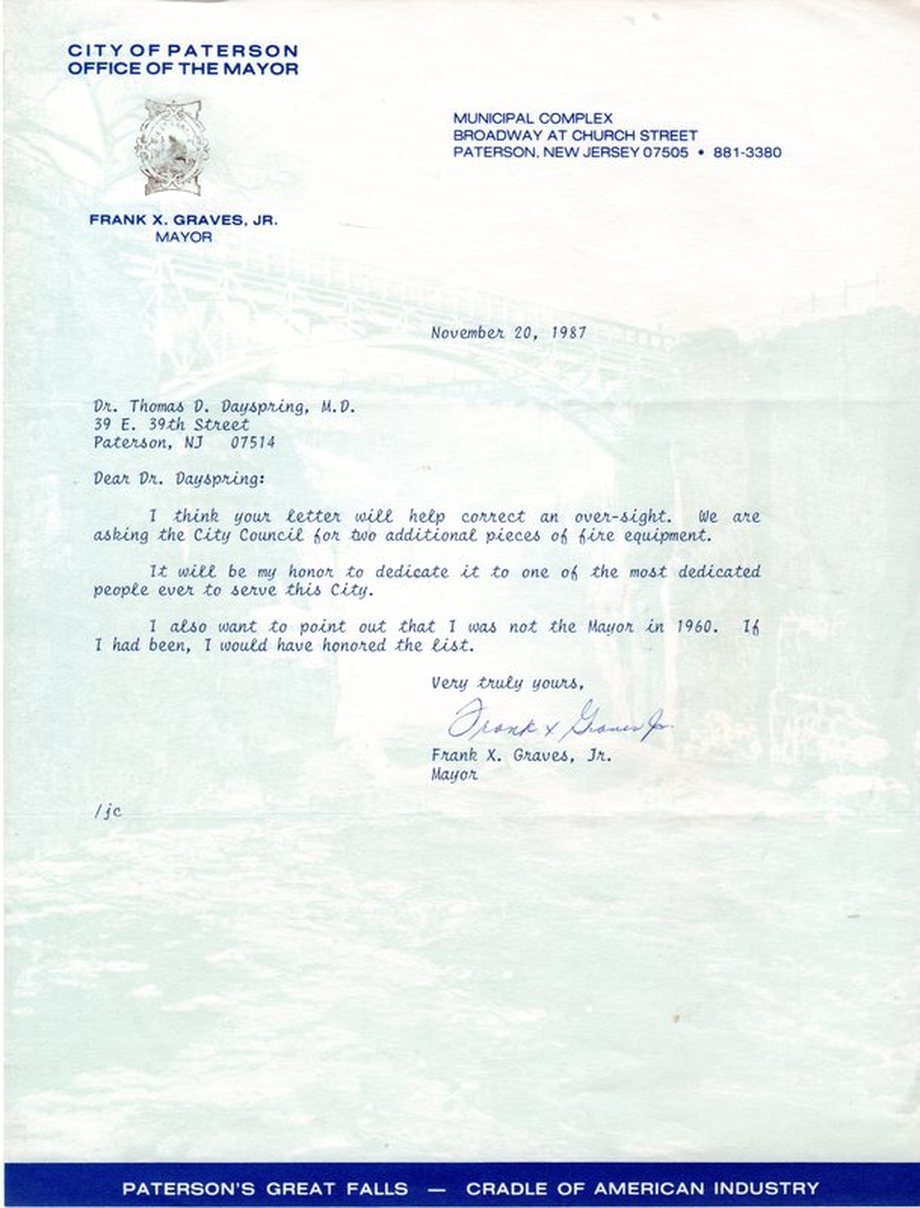