From 1821 to 1838 the wardens appointed the chief and assistant engineers. In 1838 and 1839 the wardens appointed upon nominations made by the firemen, and from 1840 down to the present time they have elected their officers with the exception of James Radcliffe, who was appointed assistant engineer by the board of aldermen in the spring of 1869. ​
ORDINANCE OF 1875
That the election for Chief Engineer and two Assistant Engineers of the fire department should be held on the first Tuesday after the first Monday in May, 1875, between the hours of 7 and 9 o'clock in the afternoon, at the house of each company, and the person so elected Chief Engineer  should hold office for the term of two years from the 20th  day of May, 1875, and his successor should be elected, in  the manner above provided, on the first Tuesday after the  first Monday in May, every two years thereafter. And the two Assistant Engineers so elected should one of them hold his office for the term of two years; and there should be elected one Assistant Engineer on the first Tuesday after the first Monday in May every year thereafter; and the two Assistant Engineers so to be elected should determine by lot which should hold the office for the term of two years.
​
TO REVIEW CHIEF ELECTIONS CLICK HERE
In May, 1889, appointed David I. Trumbull chief and John F. Murphy assistant engineer. During that year the department was reorganized by a special committee consisting of Aldermen Macdonald, Miller and Kearney, and a paid department succeeded the volunteer system on March '20th, 1890, with four permanent men in nine engine and three hook and ladder companies, and eight call men to each. John Gillmer succeeded John Crotty as assistant engineer in May, 1890. Chief Turnbull resigned May 5th, 1890, and Assistant John Murphy was appointed to fill vacancy of term, John Struck succeeding Assistant Murphy. The Legislature, in the spring of 1891, passed a law making the office of chief and assistant engineers during good behavior, and in May, 1891, John Stagg was elected chief and James Mills assistant engineer. In June, 1891, Assistant John Gillmer resigned and was reappointed under the law of 1891.
27 CHIEF ENGINEERS and years of service
CHIEF ENGINEERS AND ASSISTANT ENGINEERS per appointment dates
​The following is a list of the chief and assistant engineers of the Volunteer Paterson fire department, with date of appointment: 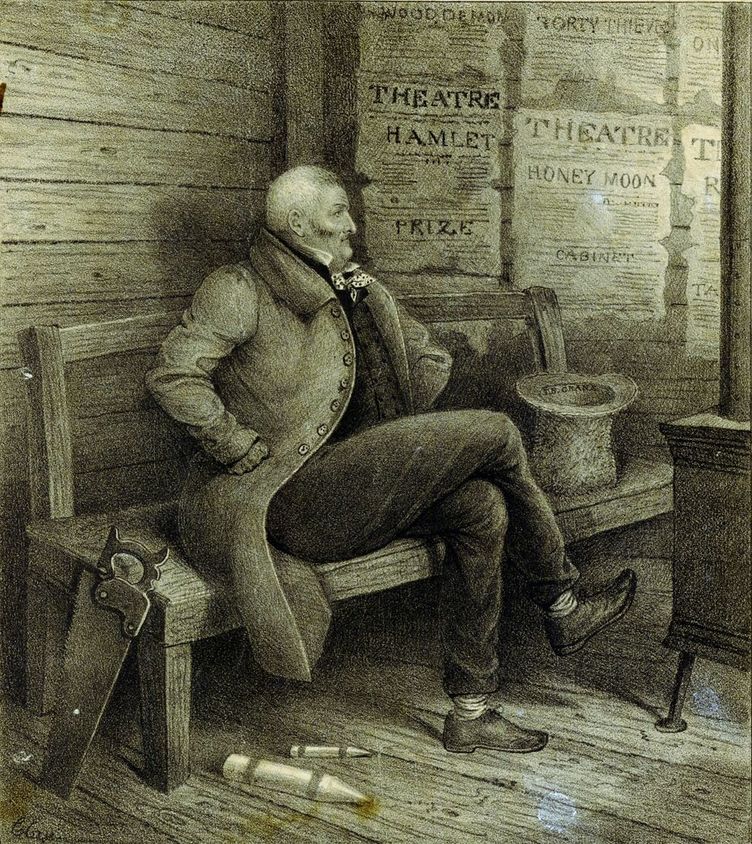 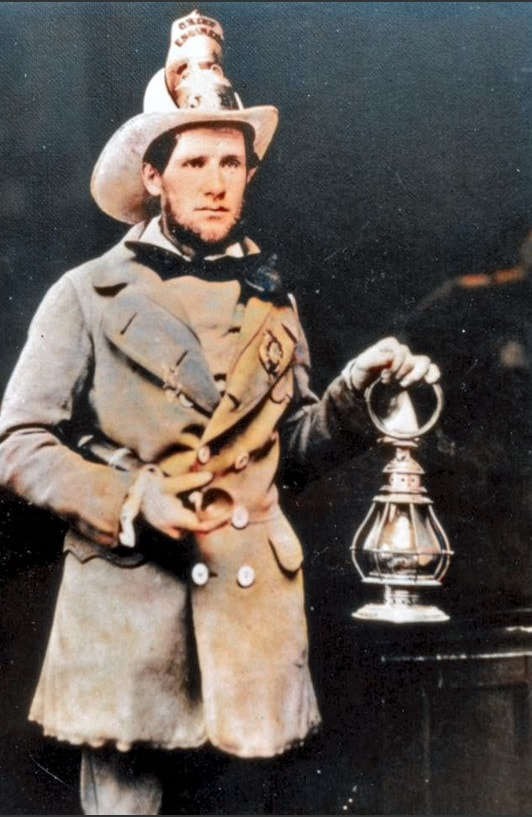 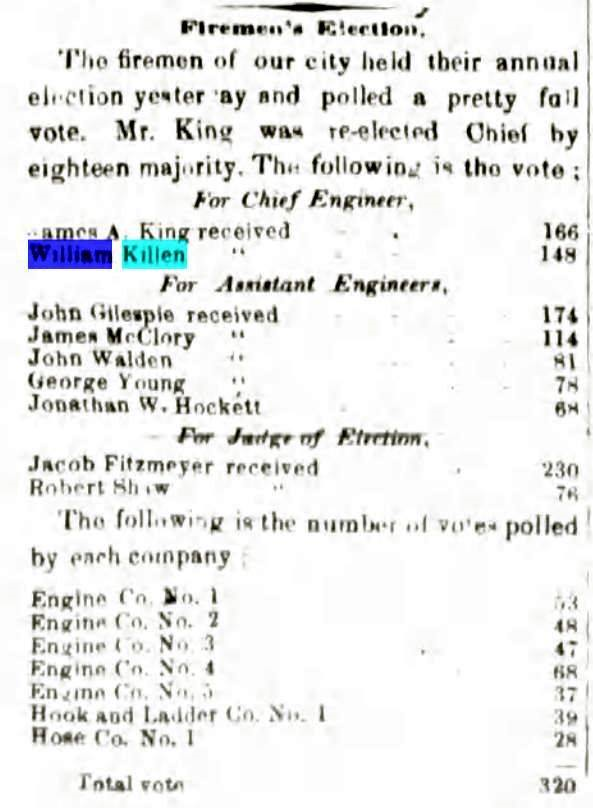 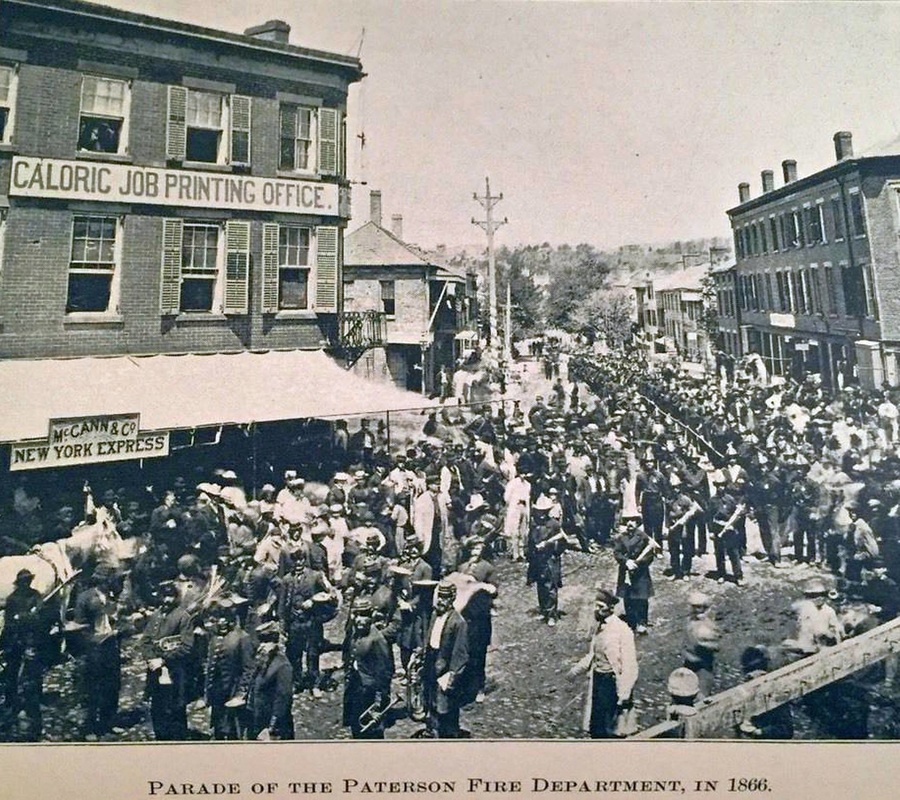 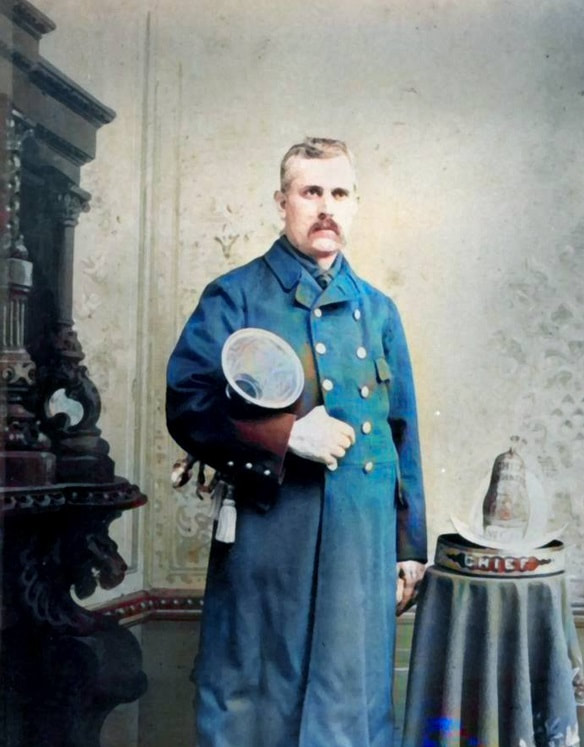 1873, May: James I. King, chief for two years (first chief elected for a term of two years.
Assistants, William Bailey, two years; Joseph Buckley, one year.  Bailey and Buckley,
assistant engineers elect, drew lots to see who would have the two-year term. Bailey was           the fortunate man. Thereafter the chiefs and assistants were elected for two years.

1874, Bartholomew Reilly became assistant chief (his photo is below)
1875 Election 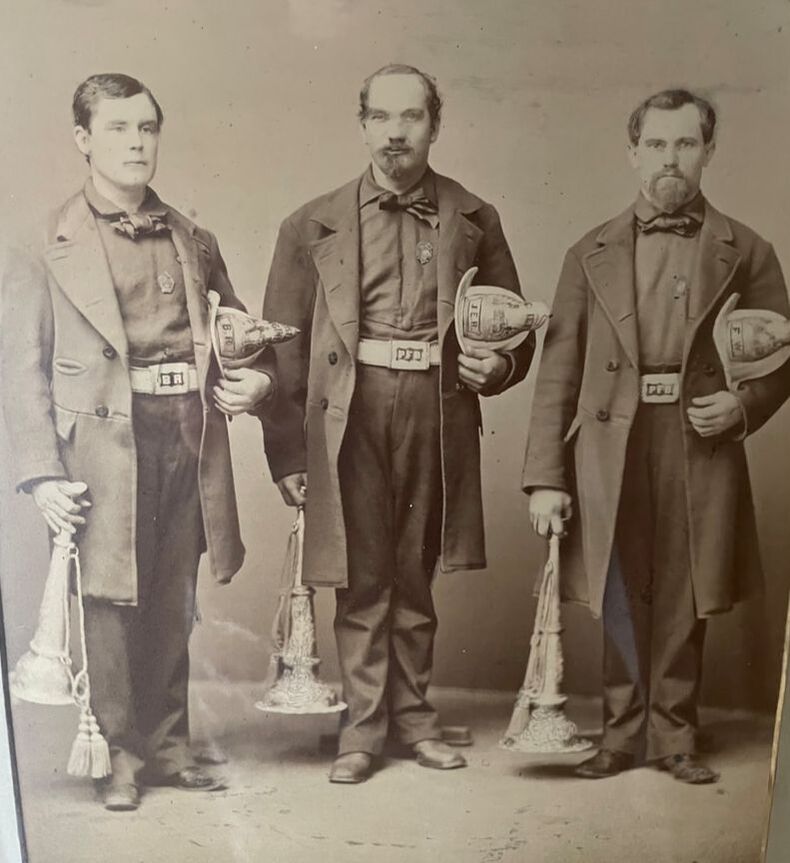 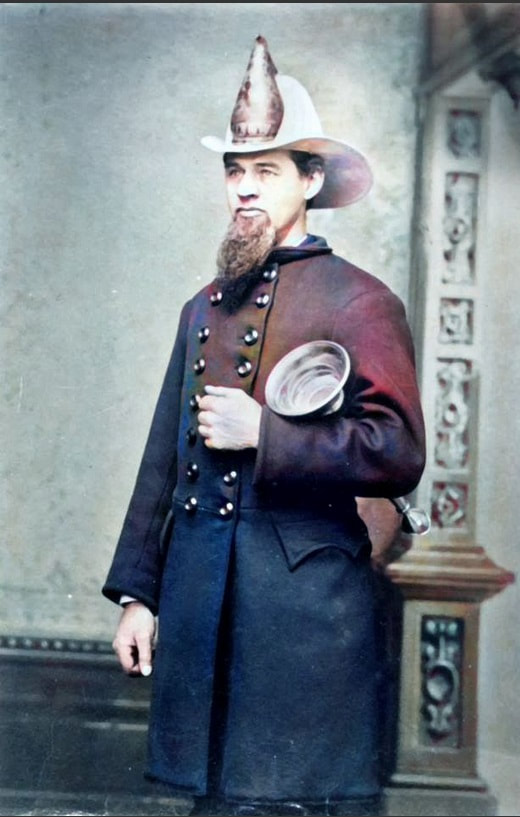 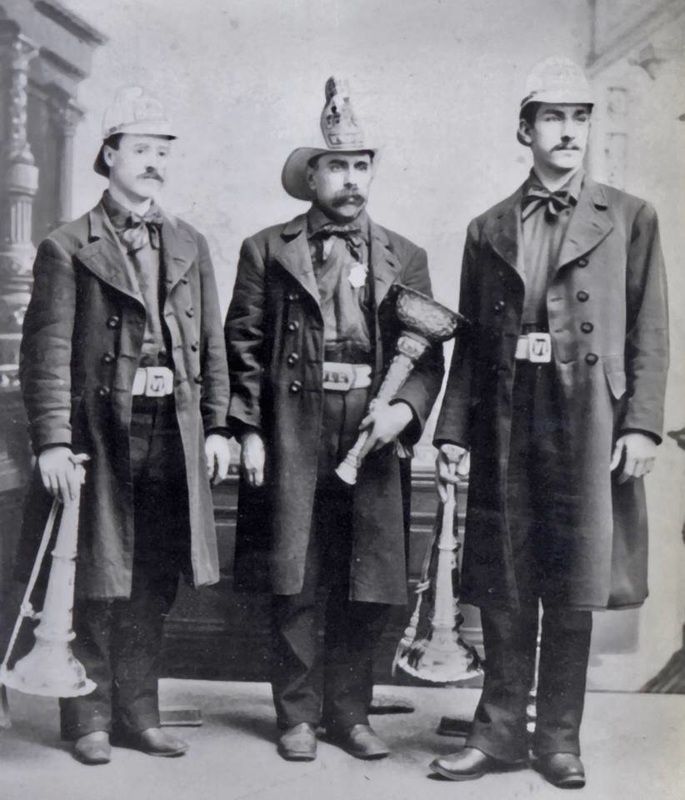 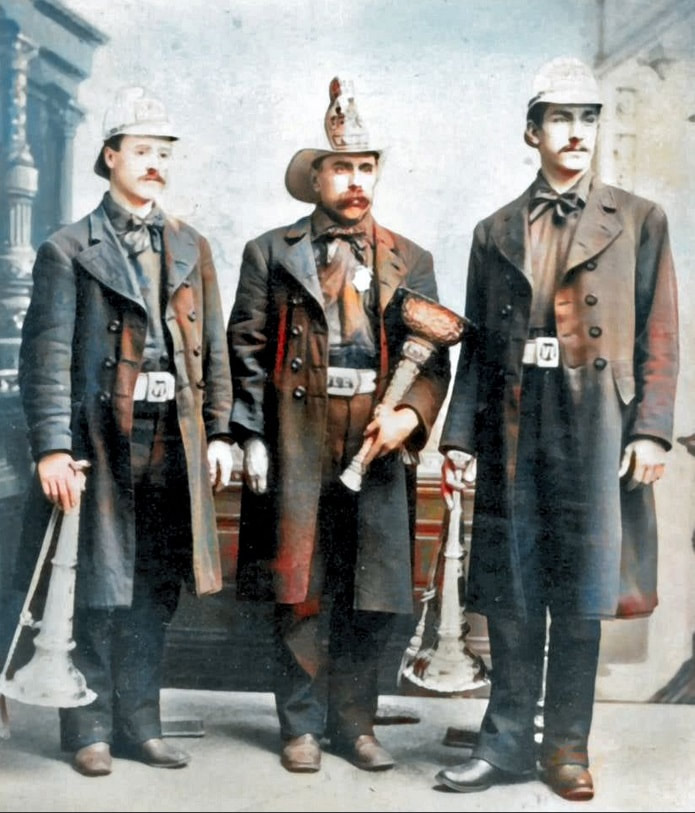 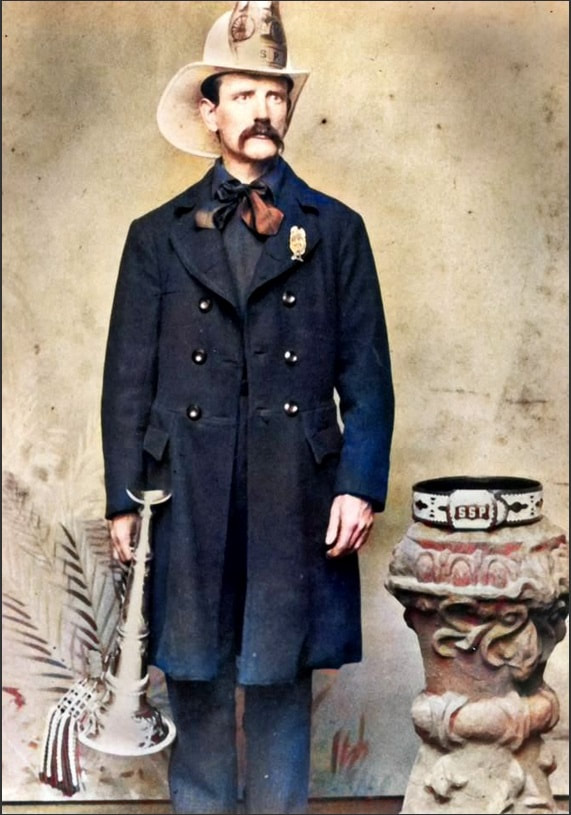 1888, May:  Board of Aldermen took from Fire Companies the privilege of electing Chief and
​         Assistants
1888,  May 20:  David I. Turnbull (First Chief elected by Board of Aldermen).
Assistant was John F. Murphy