? Date: Large Special Operations building built in behind the Southside Firehouse
​
December 1, 1954: The department obtains a 1954 Reo Chassis Truck and organizes its first rescue company, called Rescue Co 1, which was operated by the men of Engine Company 5. In radio transmissions it was referred to as "PA 14" short for Paterson apparatus 14.  A small boat with an outboard motor was also part of the company.​ 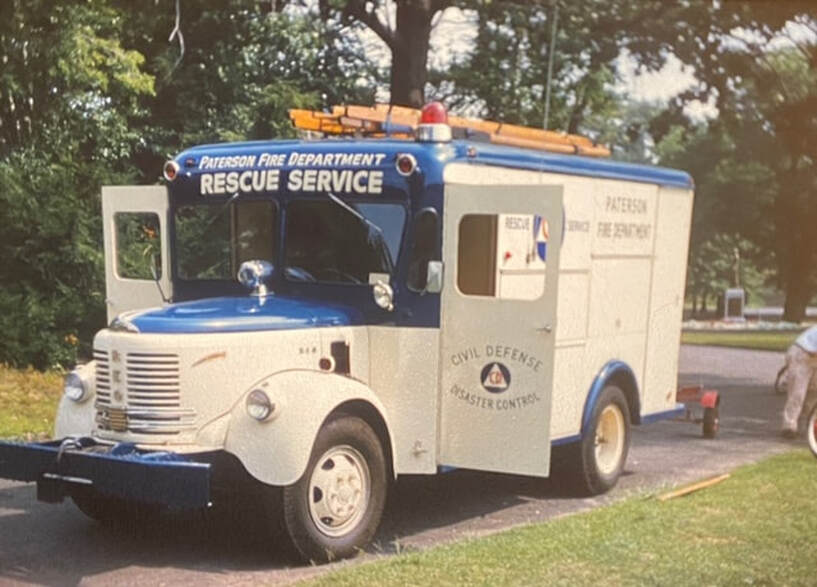 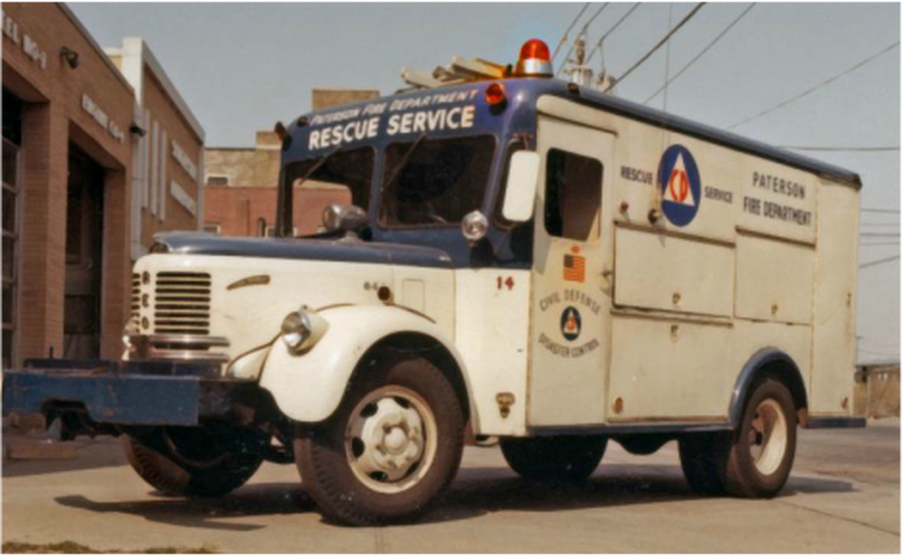 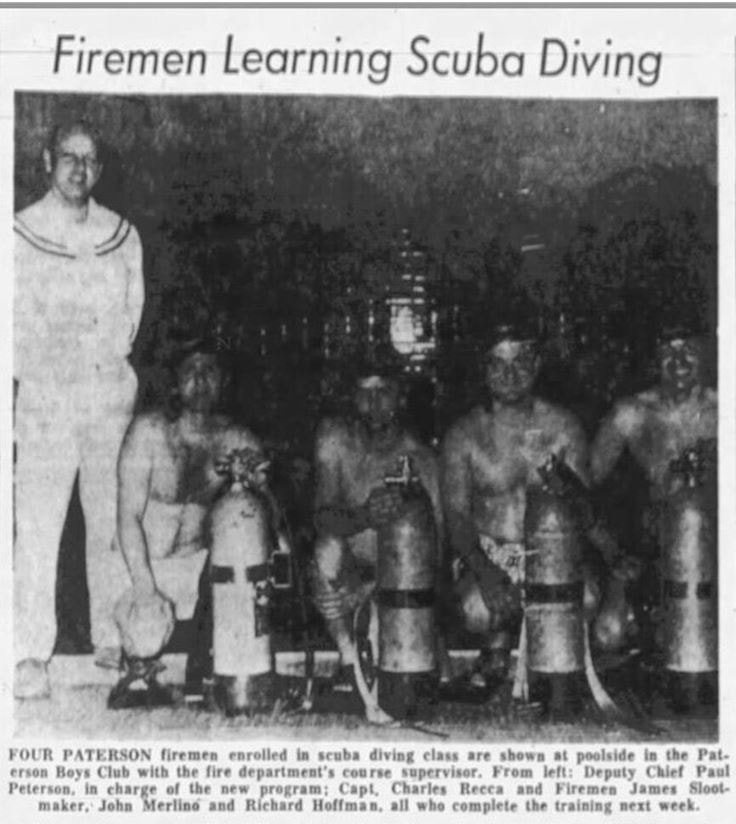 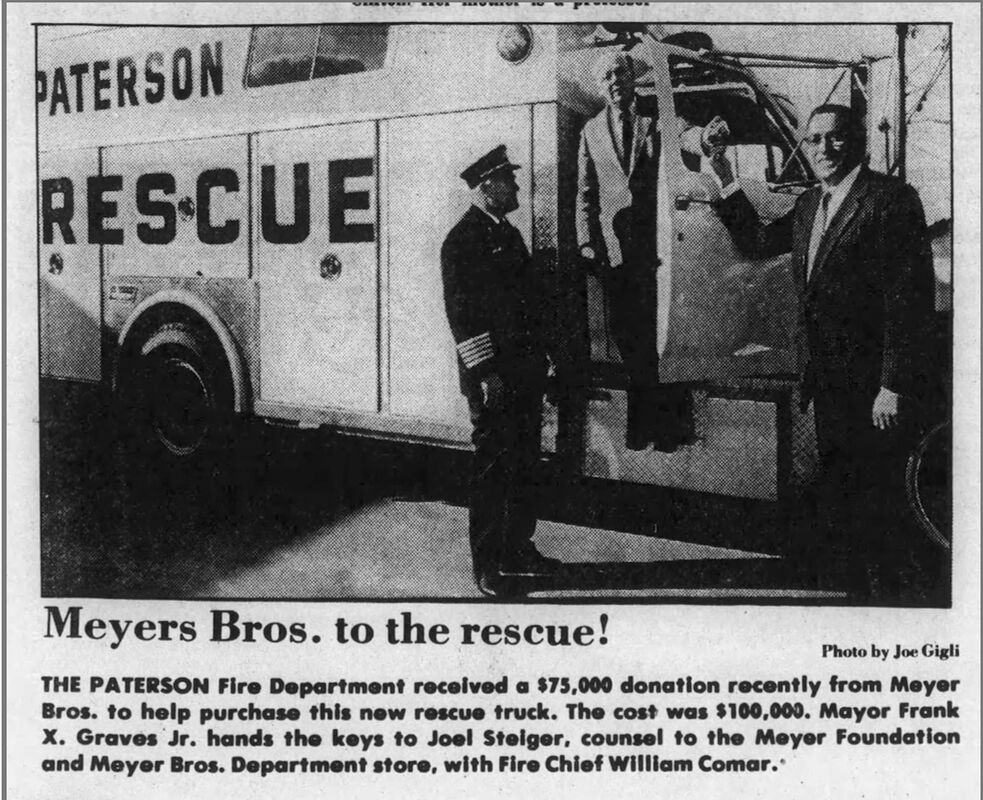 Courtesy Dennis Morrison
April 19, 1985: A new Saulsbury Rescue truck on a Ford Chassis enters service replacing the old 1954 Reo Truck.  ​
​
January 10, 1994: Rescue 1 opened as its own company consisting of 1 captain and 3 privates on each shift. Chief Mauro's order is below. 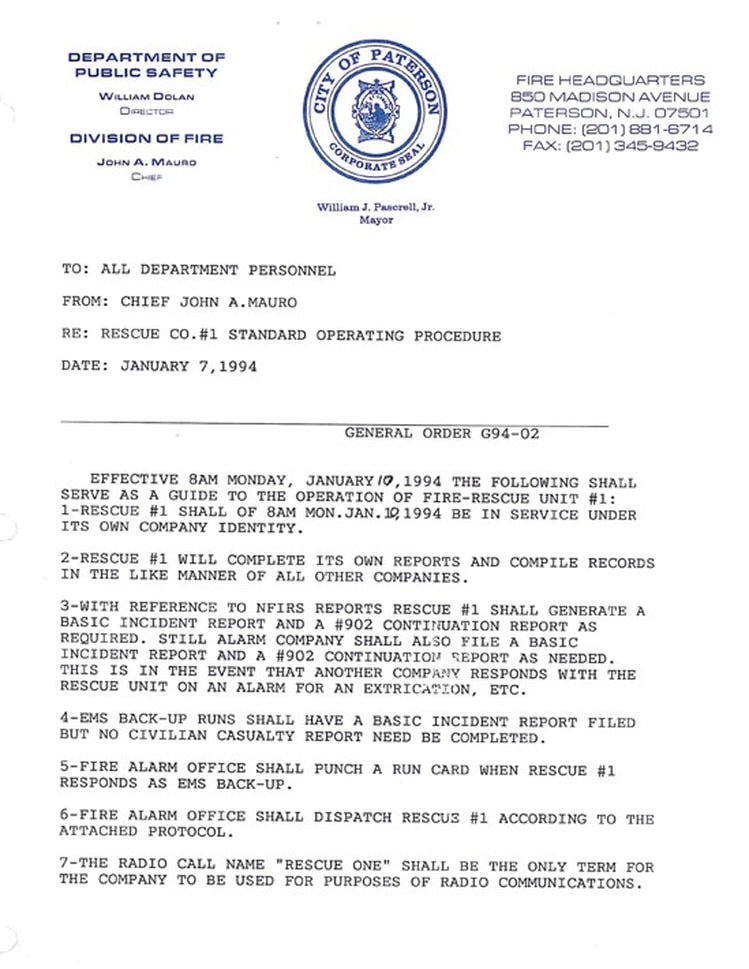 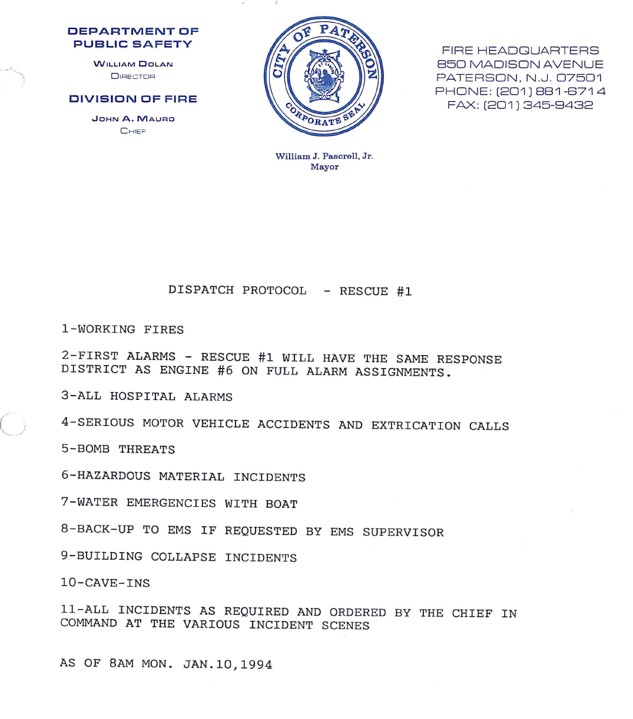 August 20, 1994: Rescue 1 closed as an independent company and was assigned again to Engine Company 6. ​ 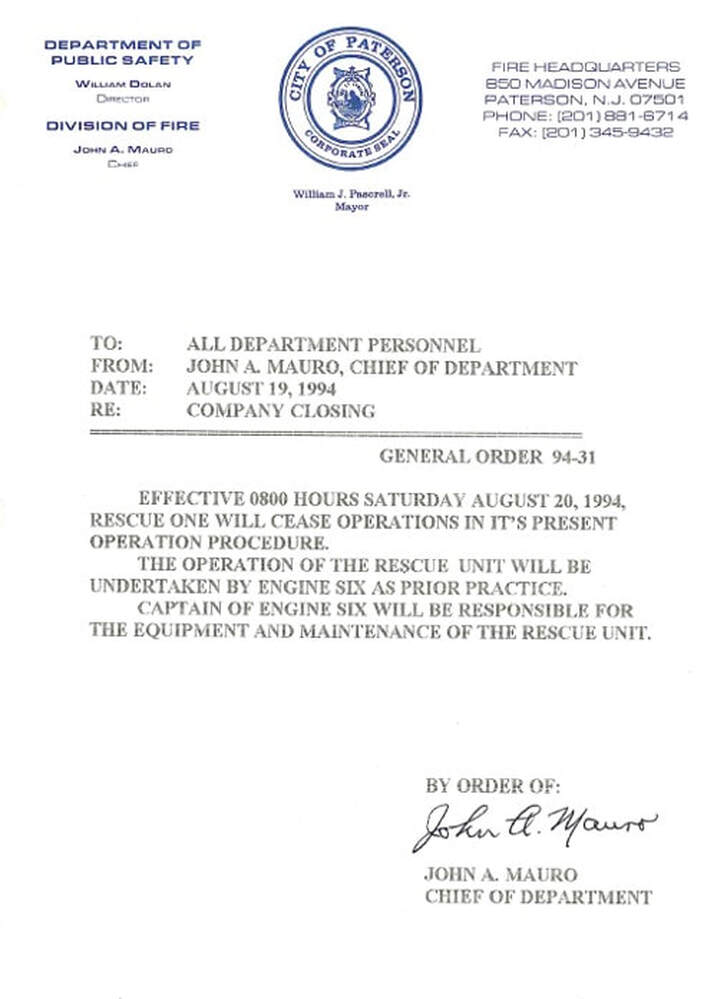 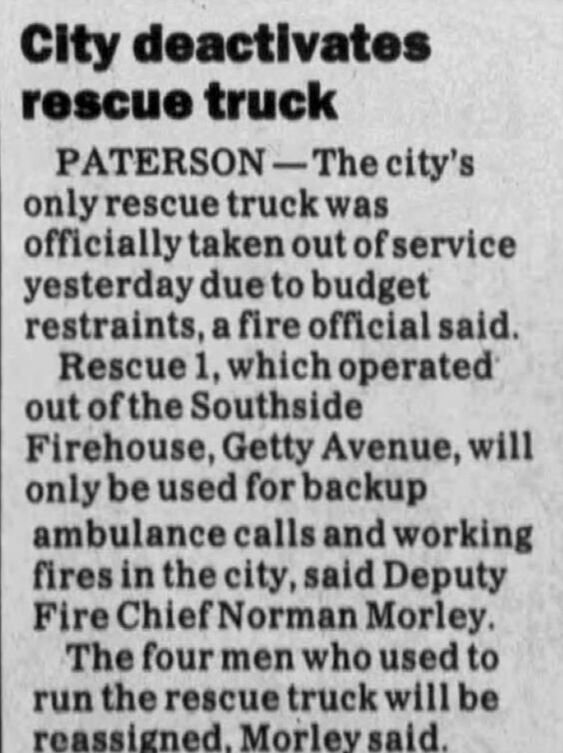 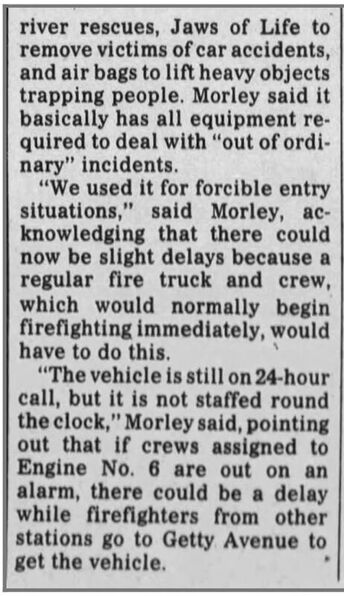 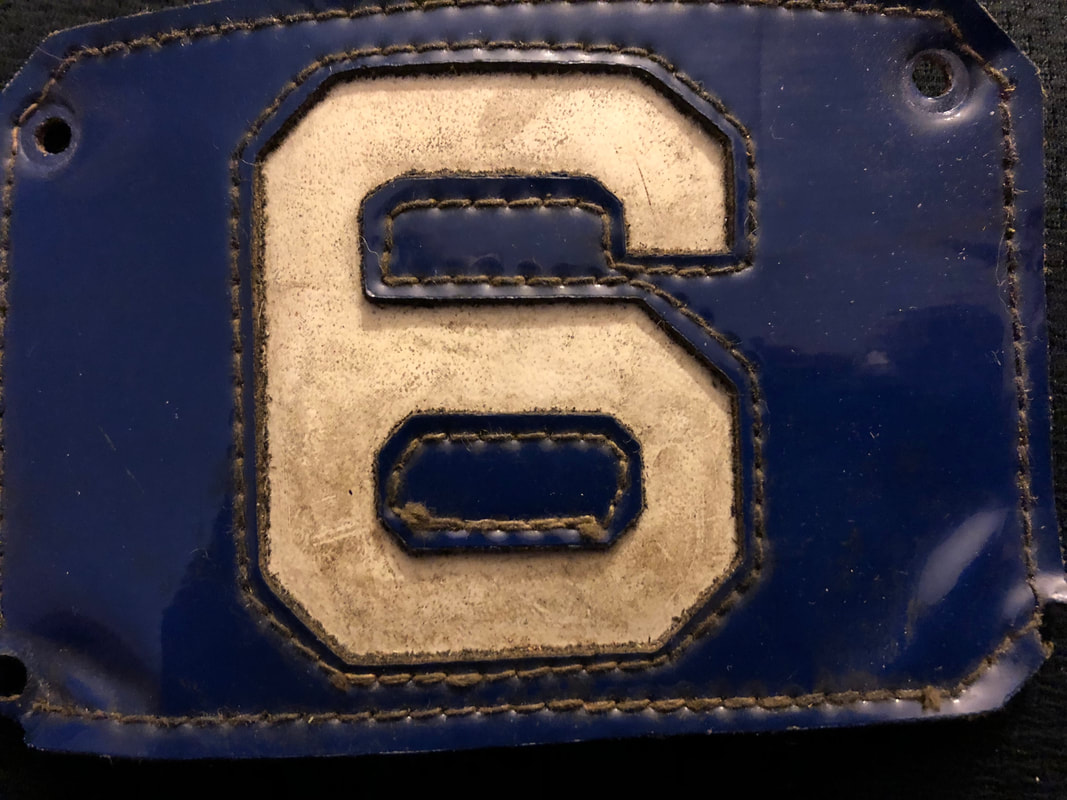 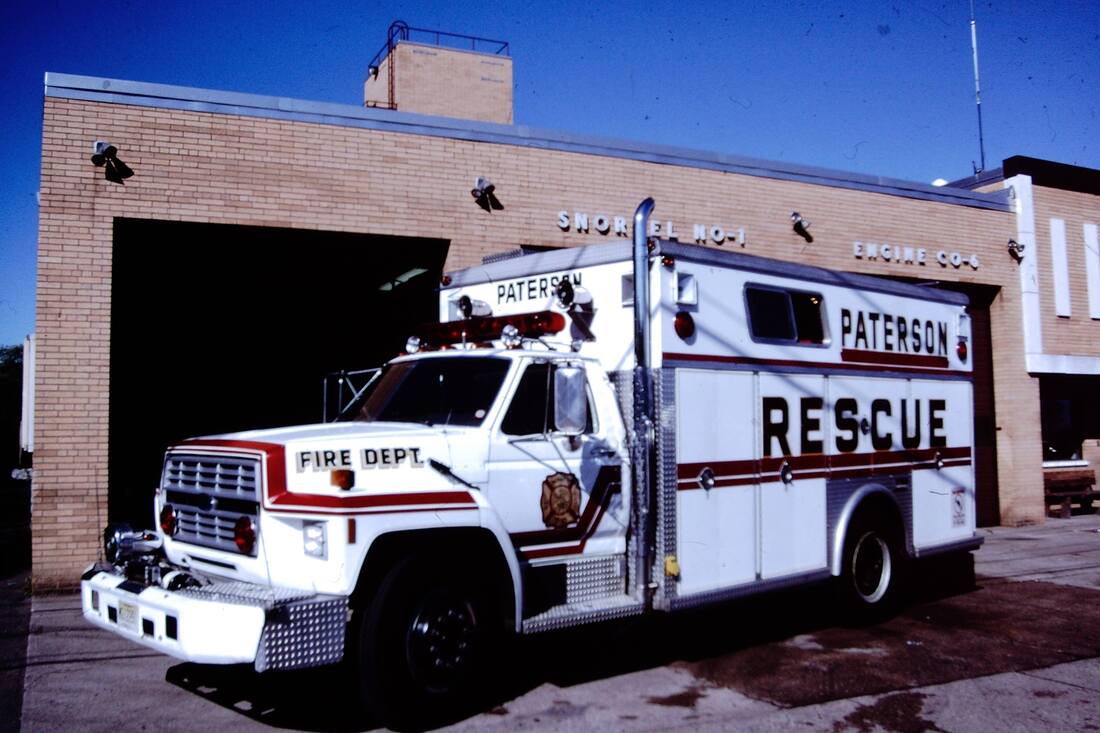 Rescue 1 at Southside Firehouse
September 18, 2006: Rescue 2 opened as a full time company consisting of 1 captain and 5 firemen on each shift. Rescue 1 was designated as the Urban Search and rescue Truck and manned by men of Rescue 2. The truck is seen below outside of Madison Ave house.

Each Paterson company was assigned its own unique color scheme: specific colored stripes would be on every piece of equipment. Rescue 2 color is blue and black. 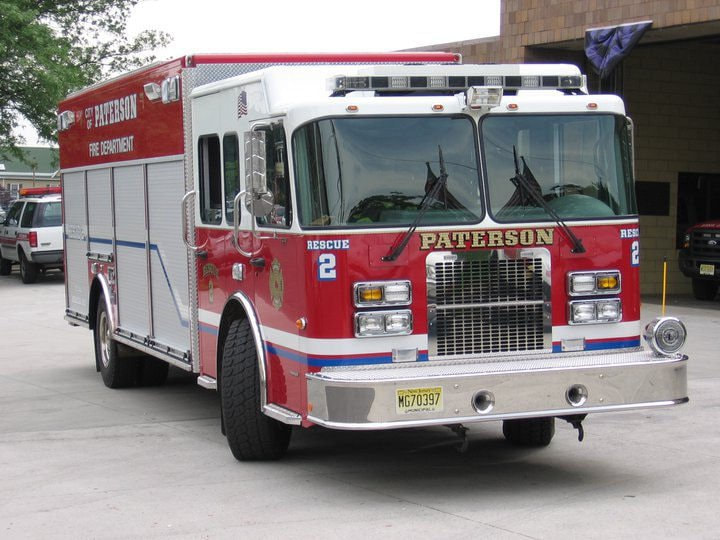 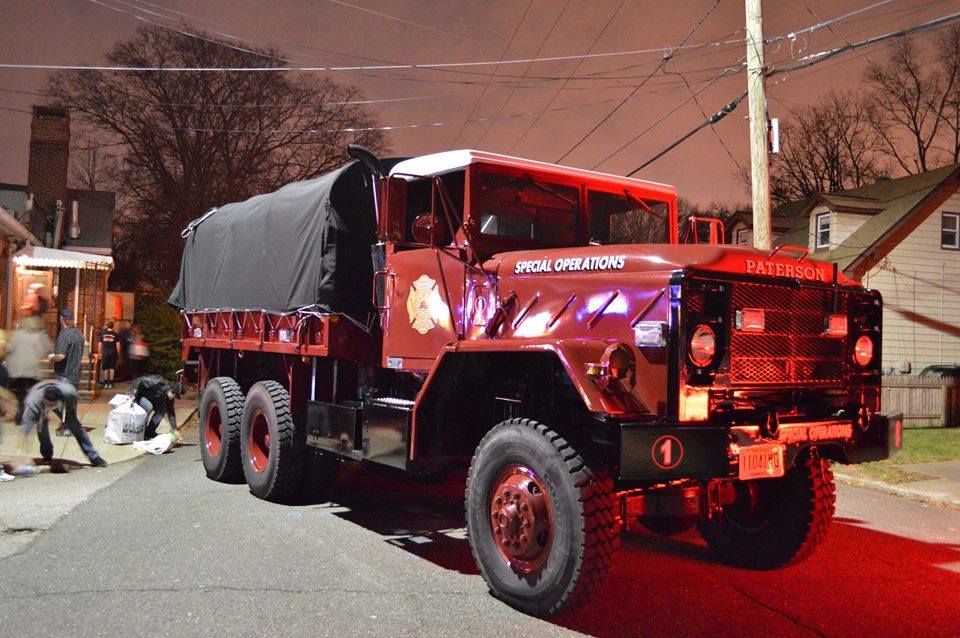 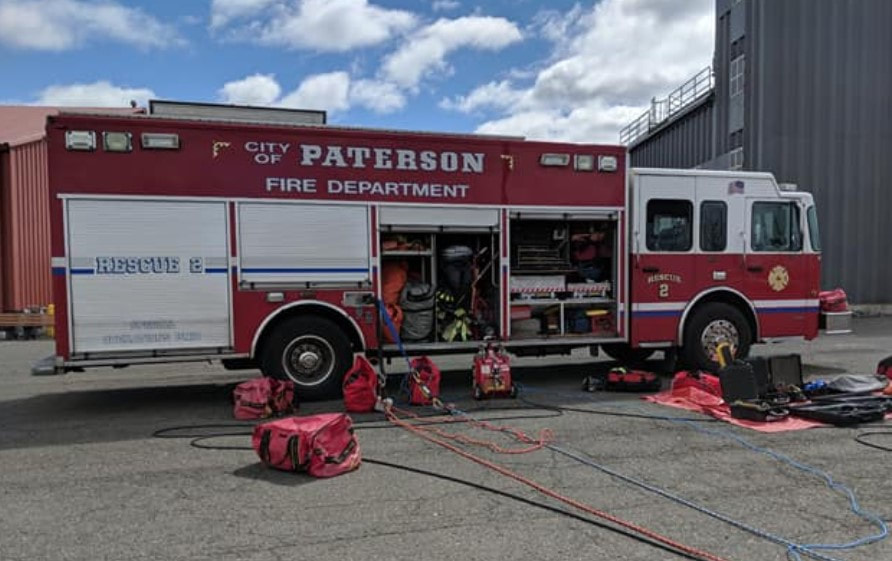 June 3, 2018:  New Rescue 2 patch unveiled: Members of Rescue 2 put together different concepts of a rescue 2 patch. Those ideas were submitted to Michael J Somma of JCFD. After several different ideas and months of changes the members and the captains made a final decision to go with the logo / patch seen here. Note Halligan Bar, Ax and Jaws of Life. 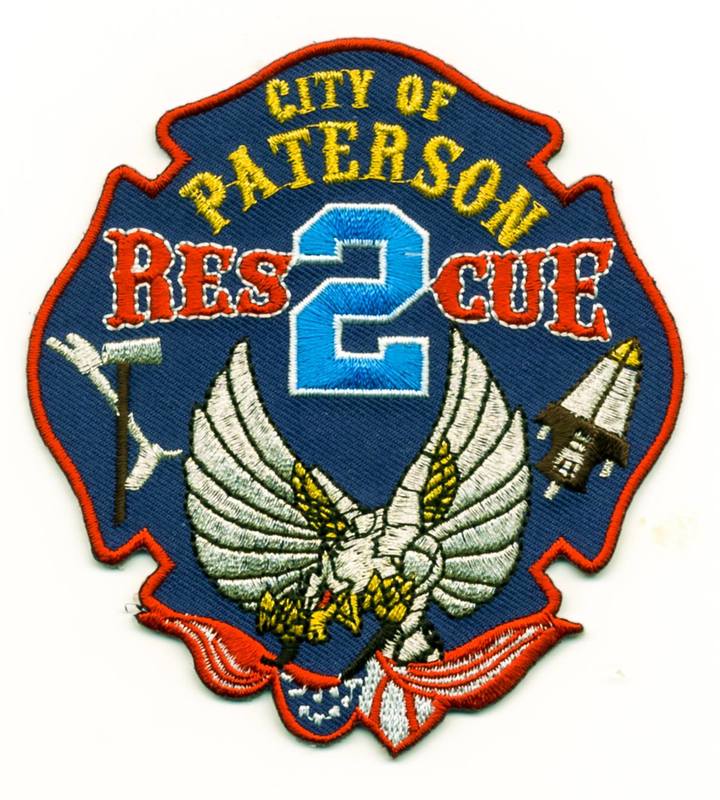 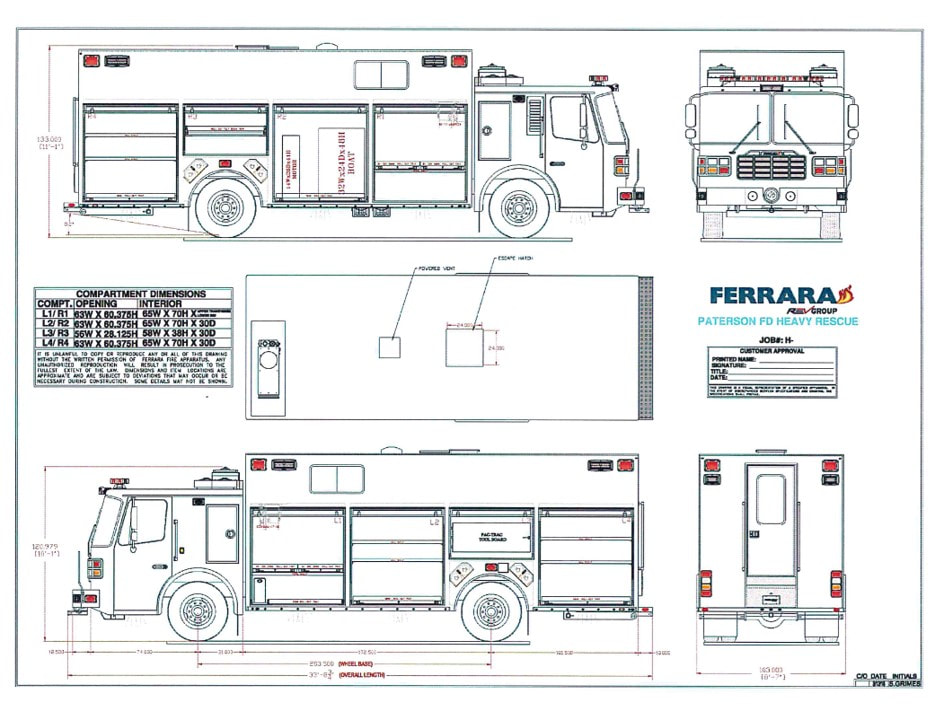 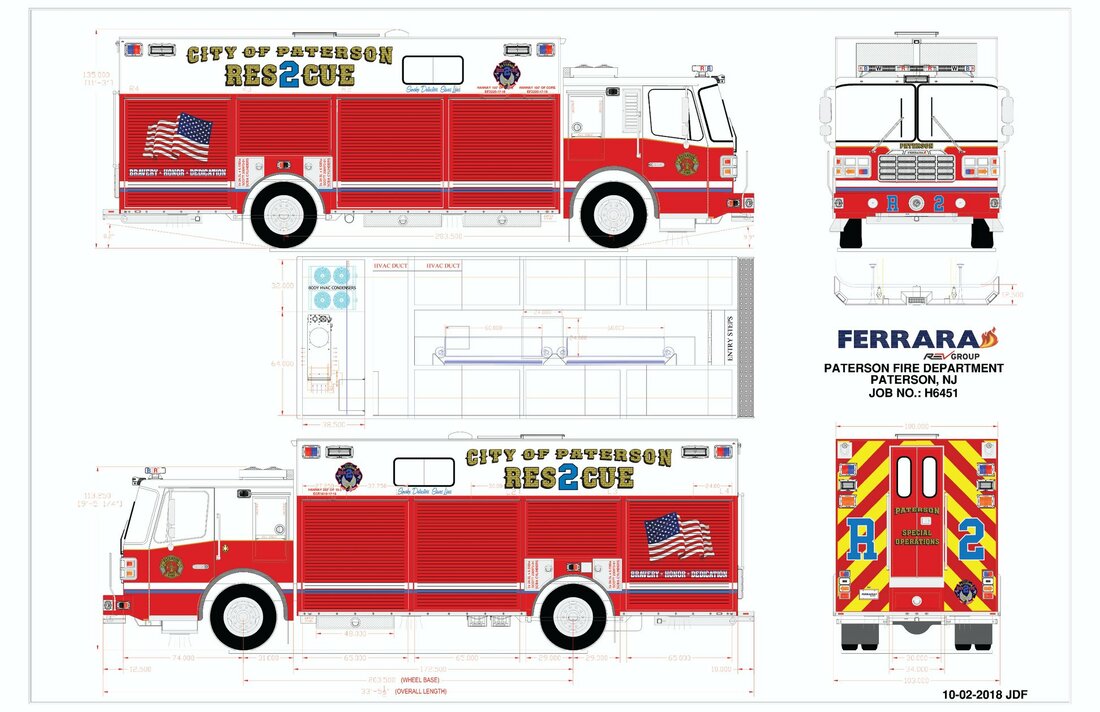 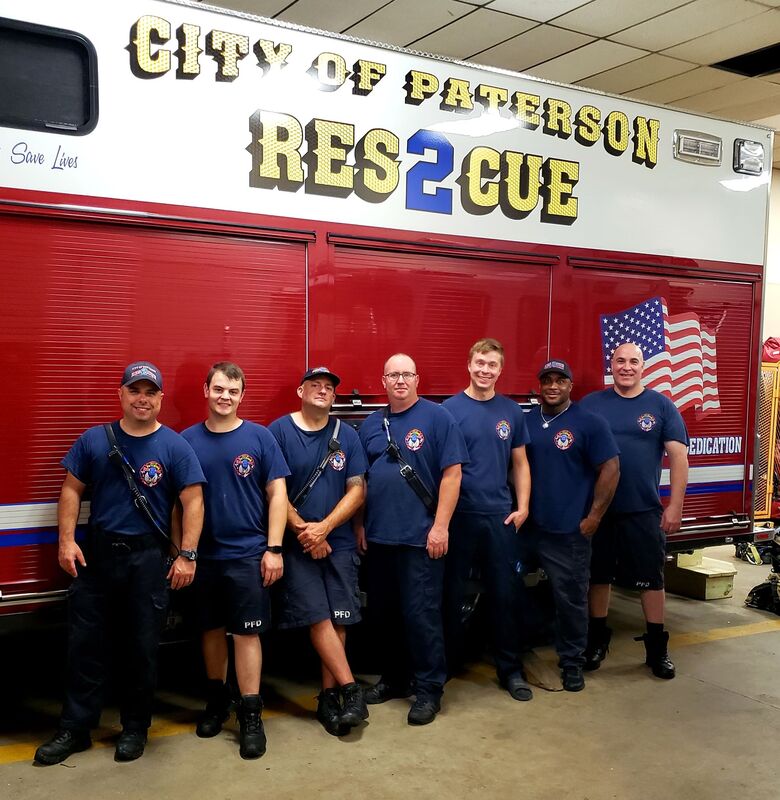 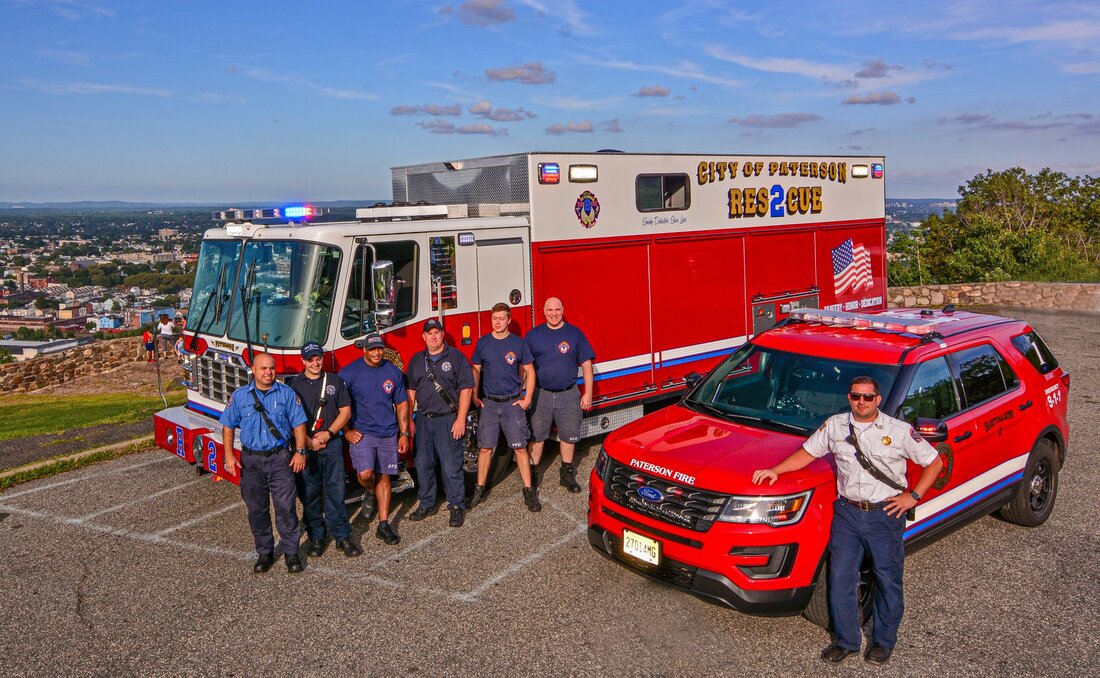 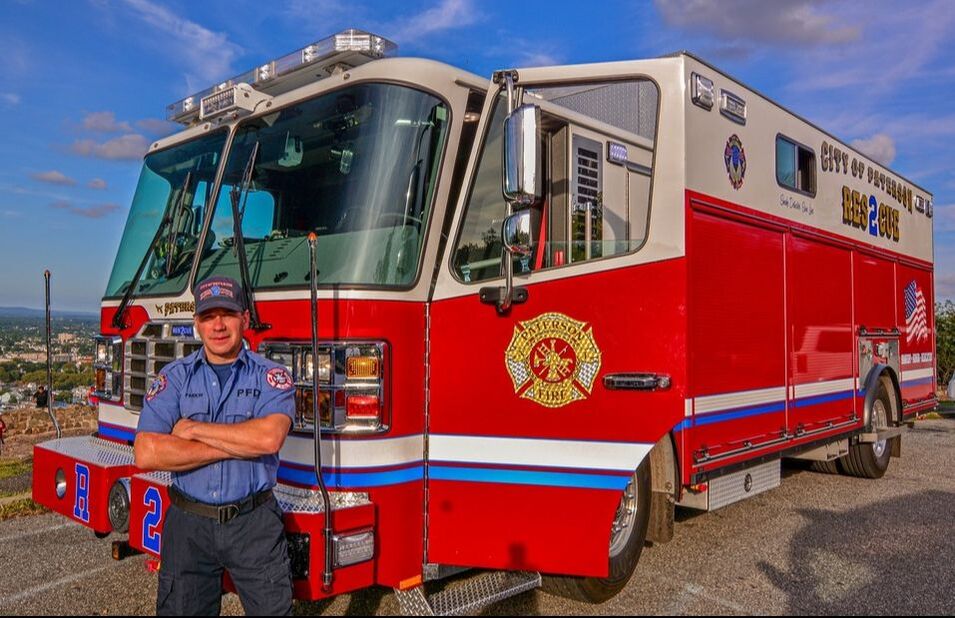 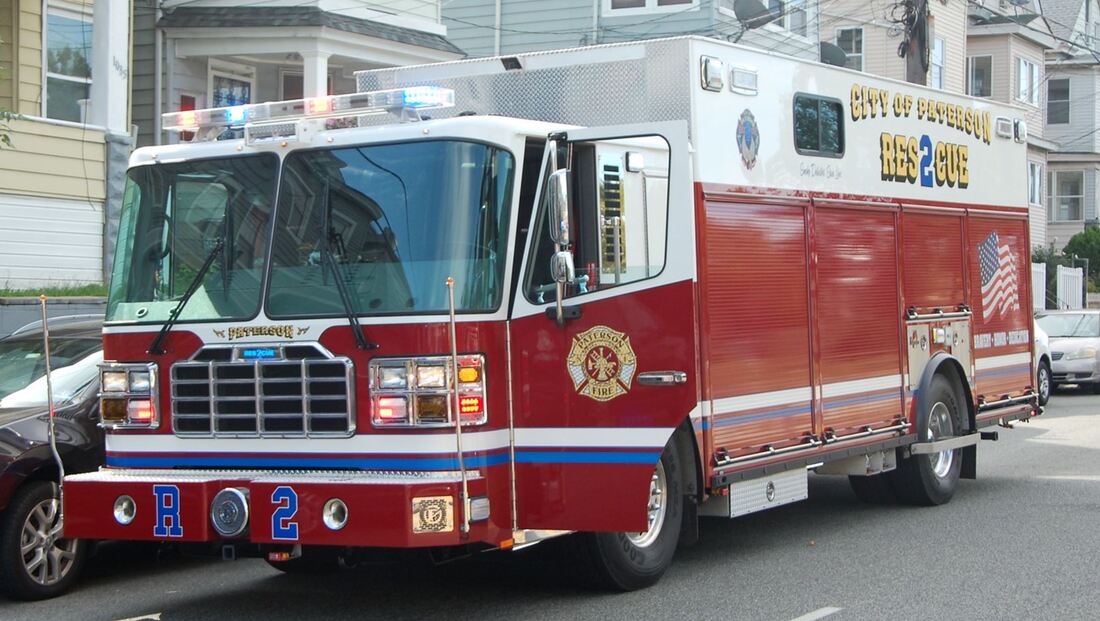 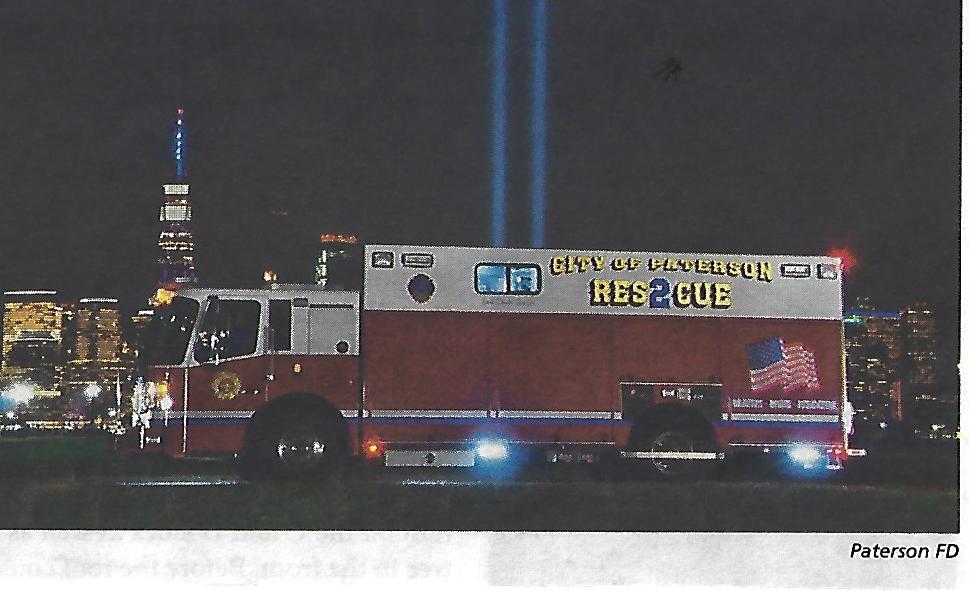 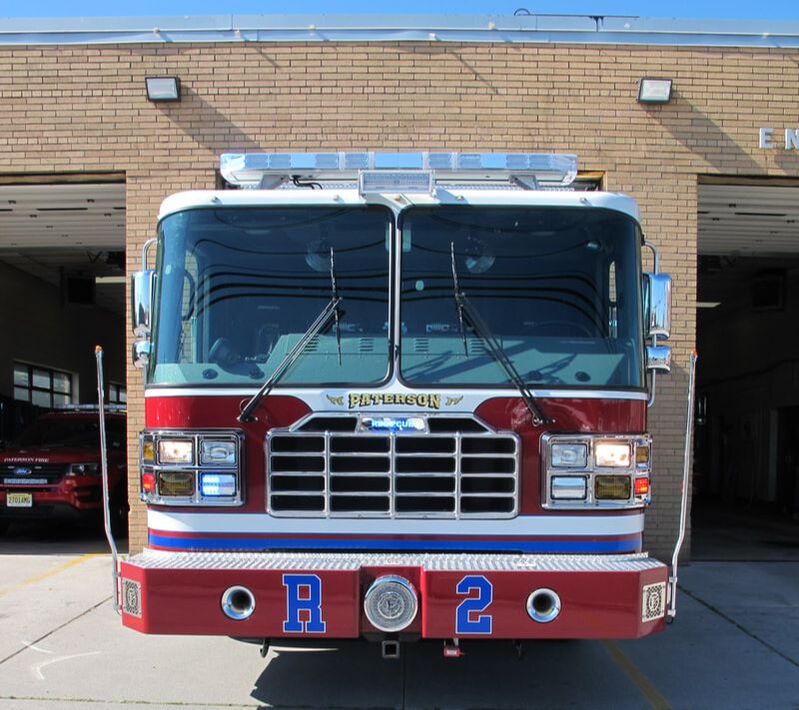 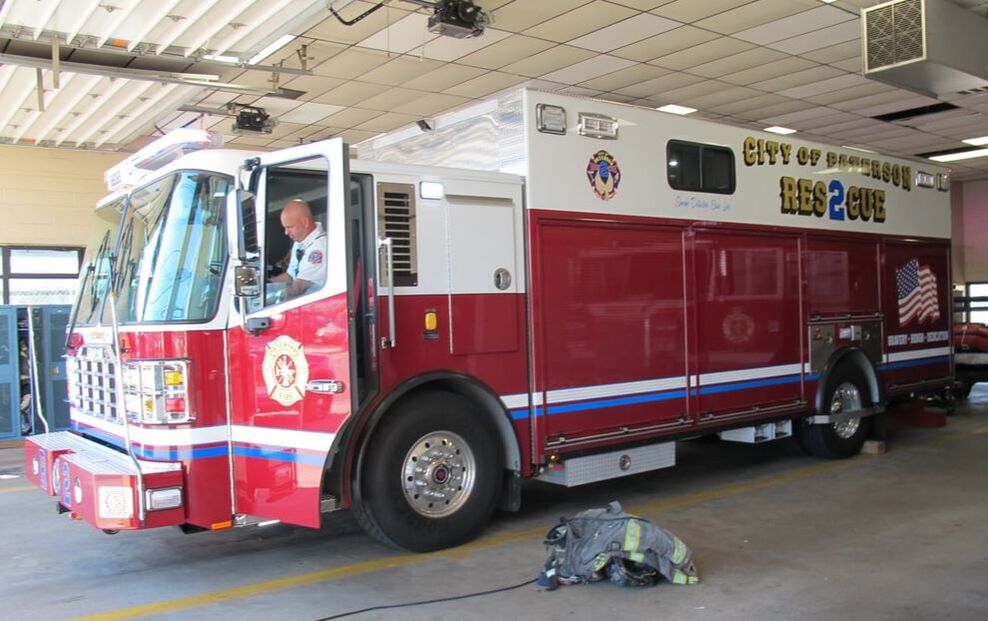 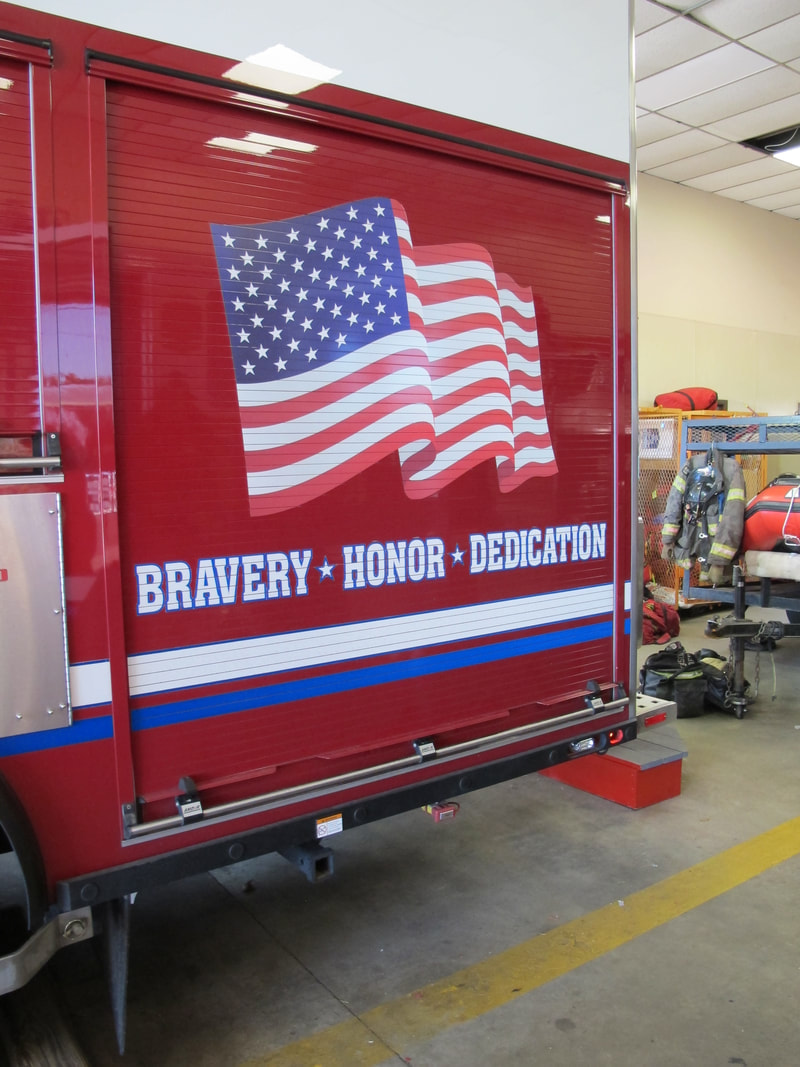 Driver side rear - in bay at Southside 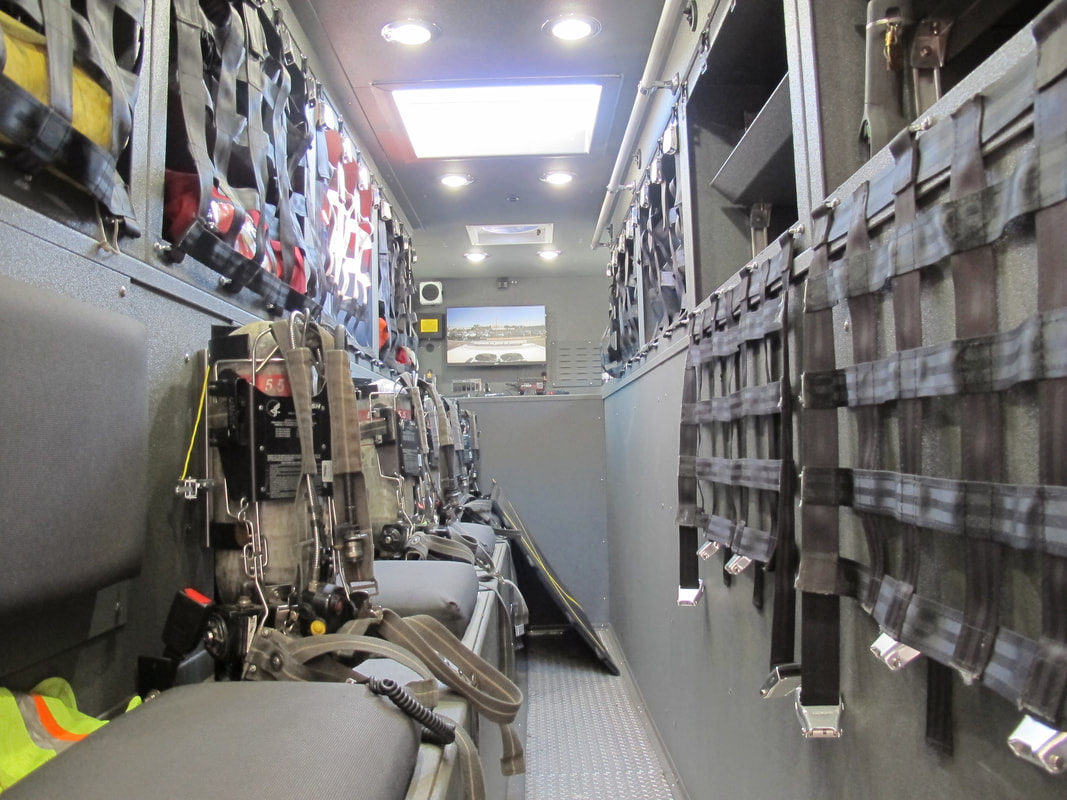 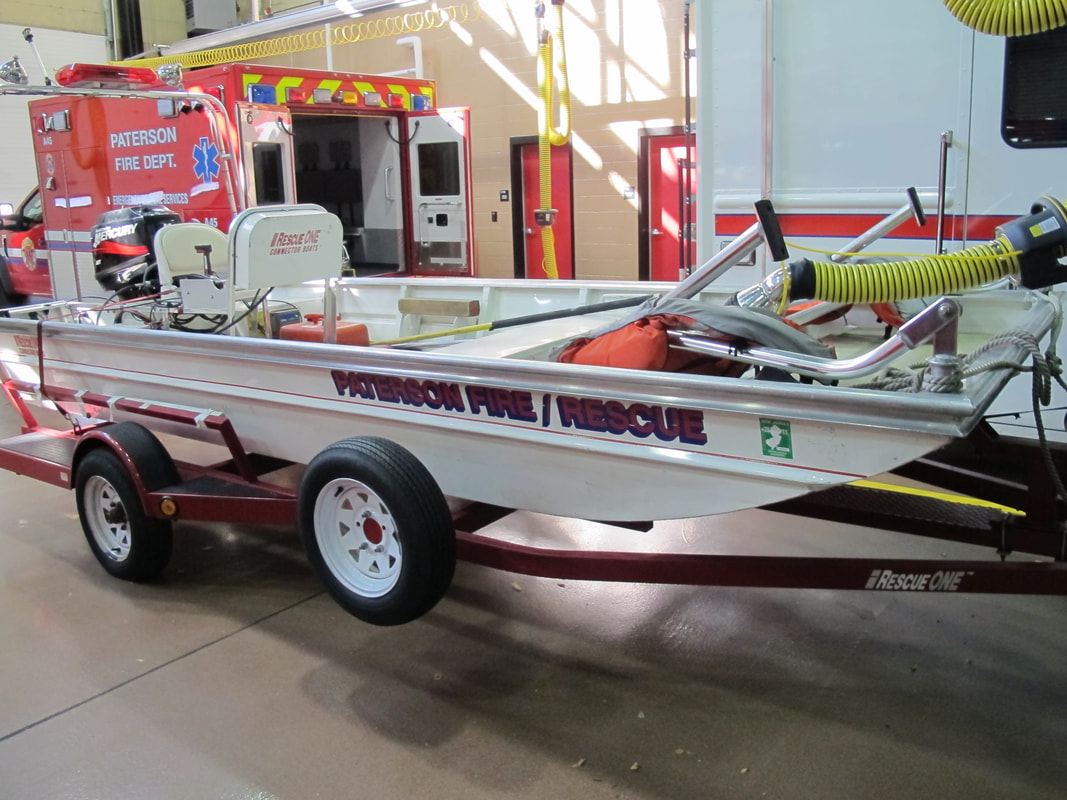 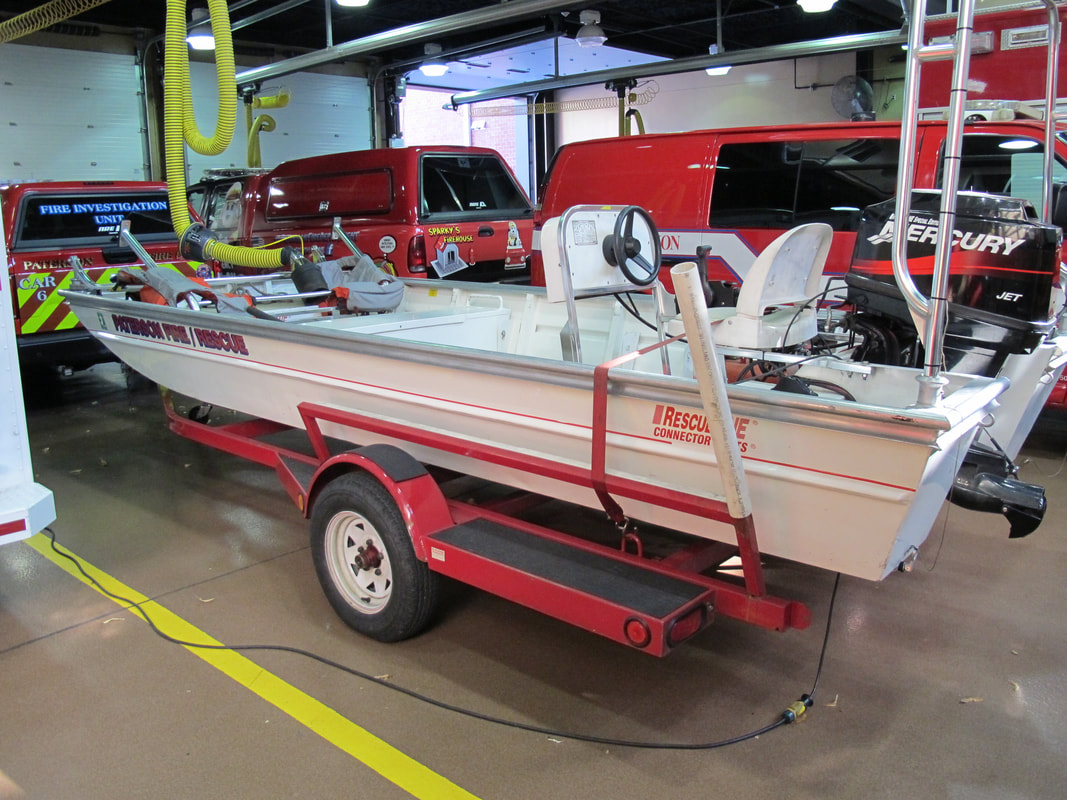 February 1, 2020: HazMat 1 enters service using the refurbished Rescue 2 truck. It is assigned to Engine 3 at Lakeview Firehouse as a part time unit manned by E3 with no expansion of any manpower. E3 members are all at operations level. The company will serve e like a spill truck w/ other support tools. PFD is a designated County responder since 2016. Truck will have a full cache of Decon, dike & dam, plug & patch, speedy dry, foam, lumber, cribbing, hard suction & strainer for drafting ops, battery operated PPV Fans, tool kit, meters and shortly it will have extrication tools for R2 support. Company will support R2/E6/RAC on confined space metering and ventilation. PC Sheriff is still the front line serious HM entry.

May 29, 2020:  HazMat 1 responding on Leslie Street - video by Ron Bombaro
June 1, 2020: report from Chief McDermott - "Converting the old Rescue to HazMat worked incredibly. It has been used 100’s of times for decontamination since the virus. It continues today, but ultimately I may make it part time like we did with E6/R1. Added UV-C lights, backpack Decon sprayer, battery operated PPV fan, meters, extrication tools, TyChem suits with boots, goggles and gloves.  We also put a Ryobi soap sprayer, brushes and mop bucket for post-fire Decon. It also goes to all CPR and DOA. We gear up PPD for investigation."
July 2, 2020: Special Ops high water truck at headquarters 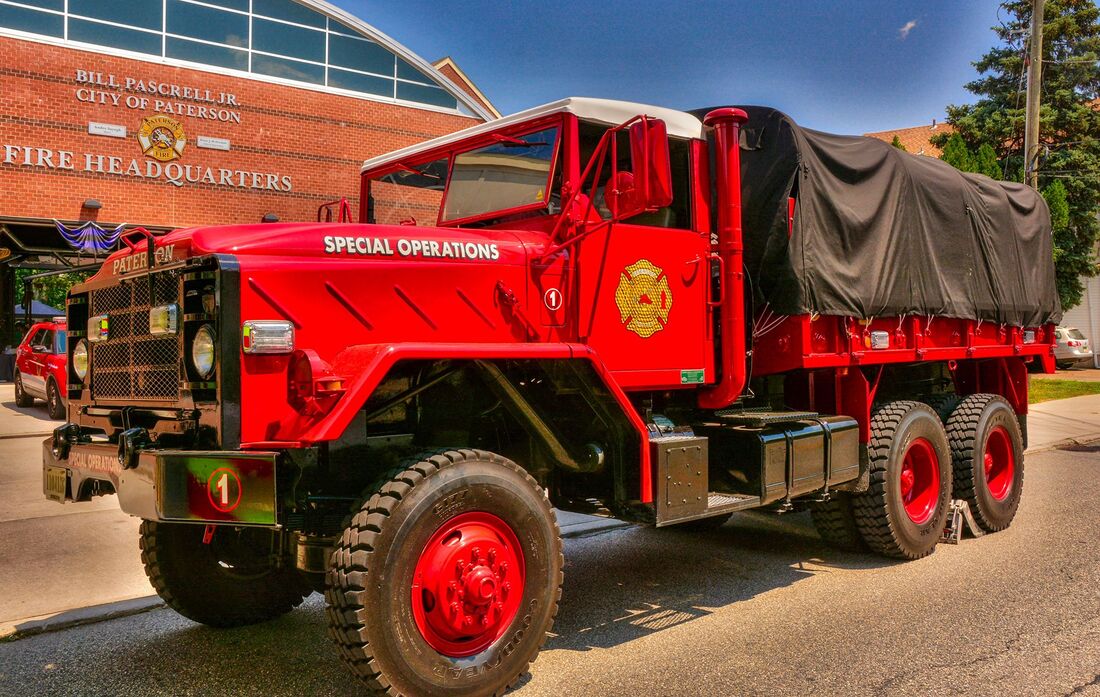