The name Kearney usually relates to an Irish pedigree and the name Hibernia refers to Ireland. Irishmen have a long and distinguished history in Paterson and made up a large part of the silk mill and locomotive workforce, many residing in the Dublin section. The Volunteer Fire Department's Jackson Engine Company 4 (organized in 1855 with a foreman named James McKiernan) and Hibernia Hose Company 3 (organized 1869 with a foreman named James Fanning) were made up largely of Irishmen and were both located in the firehouse on Slater Street (between Mill and Jersey Streets).
​
The Paterson Volunteer Department had 2 firefighters named Kearney (James and Joseph), who were father and son. James became an Assistant Chief and later the Chief Engineer. Joseph. a firefighter in the Volunteer department became one of the original captains in the partially paid department in 1890.  Two other Kearney's, a very common name in  Paterson's Irish community, later became Paterson firefighters;  Patrick (appointed in 1901 who became a Captain) and Philip (appointed in 1902). Philip Kearney was the great grandfather of a Paterson firefighter (Charles Onorato) appointed in 1991.  It is not definitively known what the relationship of two earlier Kearney's (James and Joseph) were to Patrick and Philip but no definitive first degree relationship links have been found. Likewise there is no evidence linking Patrick and Philip as siblings. Philip was the grandfather of BC Charles Onorato's mother Alana and thus the he great grandfather of Charles Onorato and .
Paterson Volunteer Department
James A Kearney born in1850 in Ireland and after immigrating to Paterson became member of Eagle Hook and Ladder Company 1, at 72 Jackson Street.  He became Assistant Chief Engineer in 1880 and Chief Engineer in 1885. He did not serve in the paid department (established 1890). James occupation is listed in the Volunteer records and 1880 census as a plumber. He died August 26, 1917.
​James resided at 26 Jackson Street with several other Kearney's including ​his brother Joseph who also served at Eagle Hook and Ladder 1 and later in PFD paid department. His brother Charles later served on Paterson Police 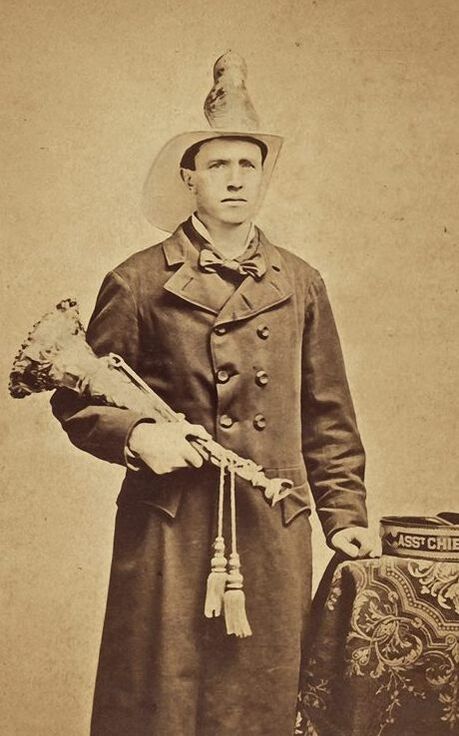 August 27, 1917:   Funeral news-clip
Partially Paid Paterson Fire Department
Joseph Kearney was born in Ireland in 1852 and was the brother of PFD Volunteer Chief James Kearney (seen and discussed above). He was raised with his father James and mother Ann, and other relatives in the home at 26 Jackson Street (see list above). Joseph served at Eagle Hook and Ladder Company 1 of the Paterson Volunteer Department at their quarters located at 72 Jackson Street.

When PFD became partially paid, Joseph, no doubt based on his years of service to the Volunteer Department became the initial Captain of Truck Company No. 1 when he was appointed on March 20 1890  (never served as a firefighter in the paid PFD). He was assigned Badge 109. He died prematurely (age 47) on May 31, 1900.   His occupation was listed in the Volunteer records and 1880 census as a boilermaker.
Fully Paid Paterson Fire Department
Joseph Kearney remained as Captain of Truck 1 when the paid department was established November 15, 1895. He received badge # 110   (photo is above). Historically he was the first Truck 1 Captain of the fully paid PFD.

September 2, 1899: Not much info, but apparently an illness occurred 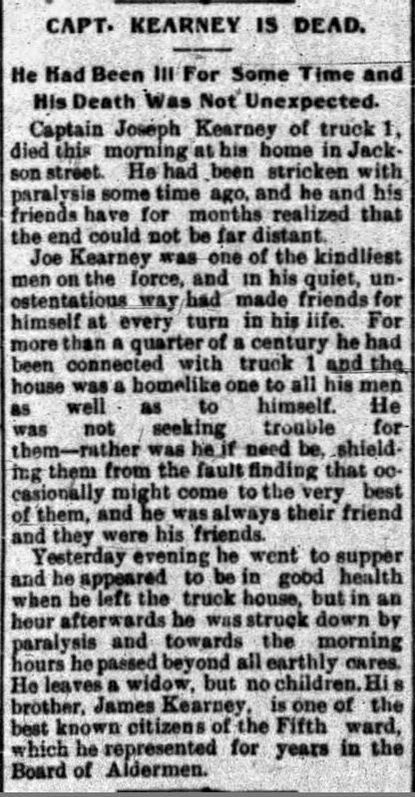 Paterson News - Courtesy Dennis Morrison
In the 1910 Census: Patrick was listed 40 years old.  His birthplace was New Jersey and he resided at that time on Madison Ave. His wife's name was Abbie Kearney and his father's and his mother's birthplace was listed as Ireland and Wales respectively. His occupation was listed as a fireman and no children were listed as living with him in 1910. 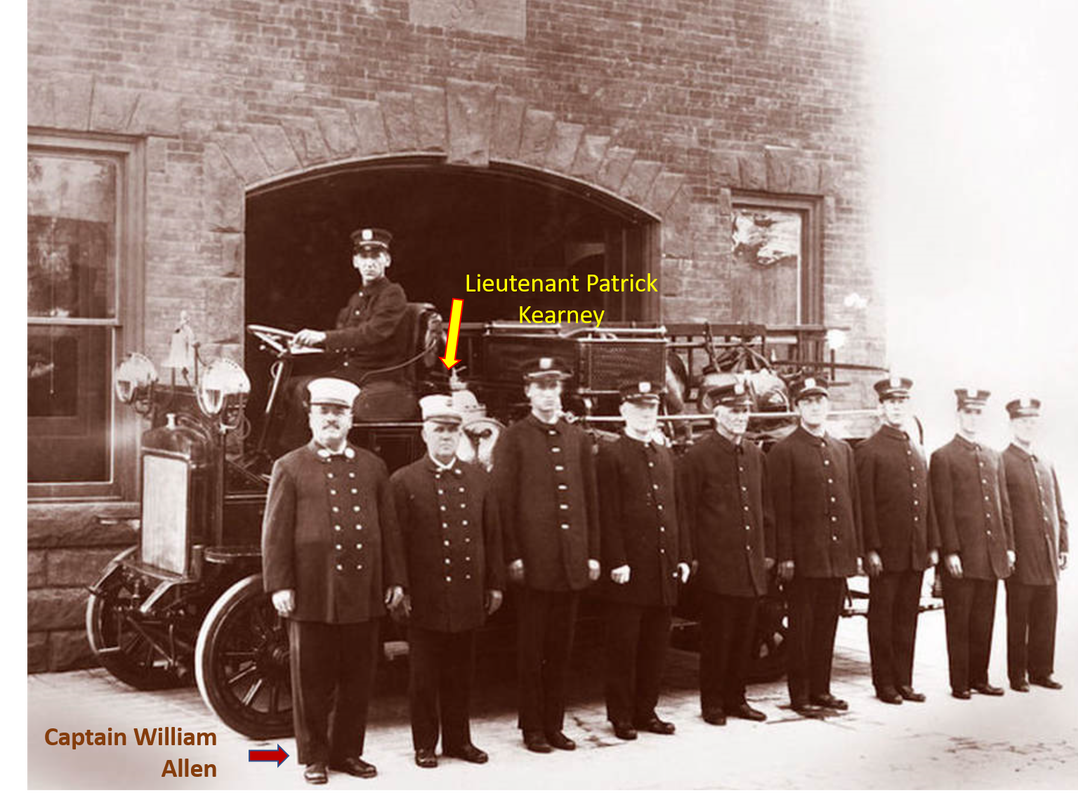 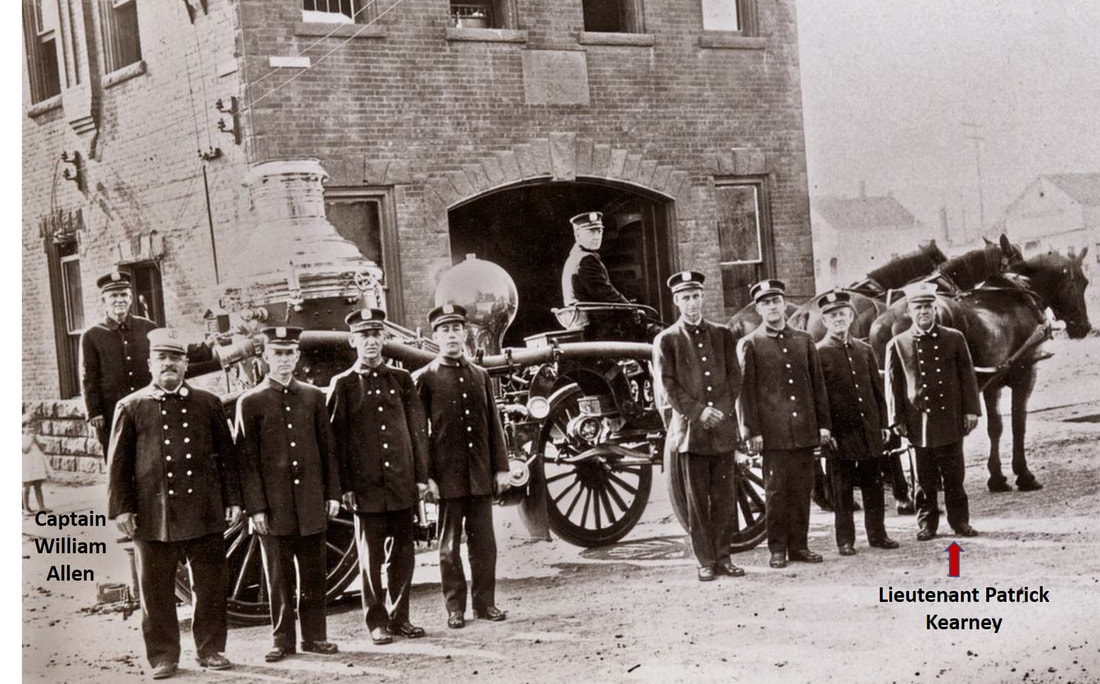 Lieutenant Kearney is at far right - Engine 7 on Gould Avenue
August 14, 1929: Captain Patrick of Engine 7 Kearney is granted his pension 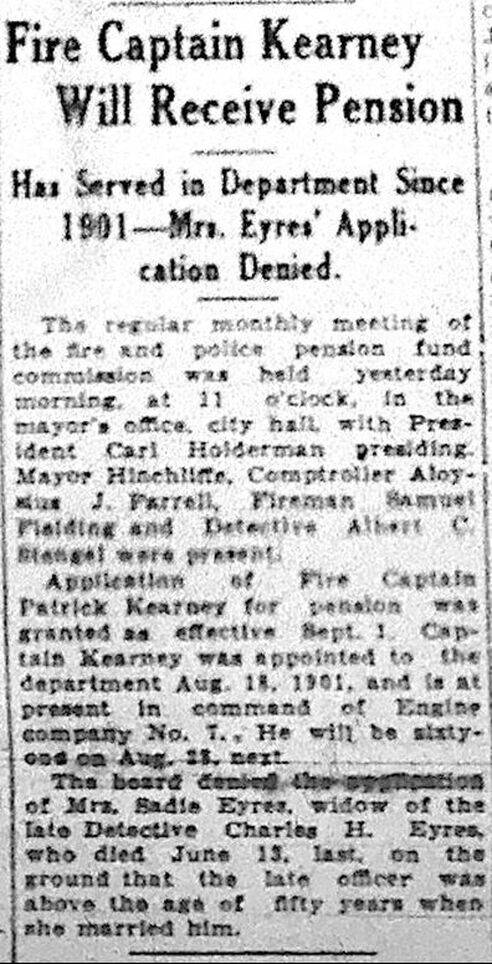 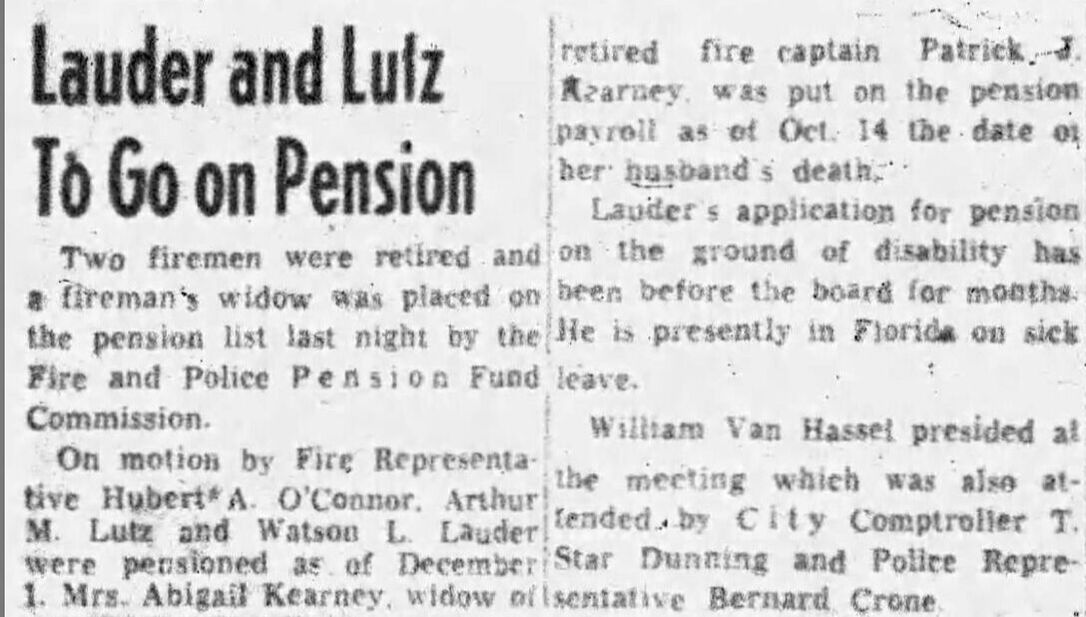 November 19 Paterson News
Philip J. Kearney: was born in New Jersey in1881 and appointed to PFD on October 13, 1902. He served at Engine Company 1 at 112 (not 115) Van Houten Street and later at Engine Company 4 on Slater Street. He was assigned to the Theater Detail in 1921 and served with that unit until his retirement. 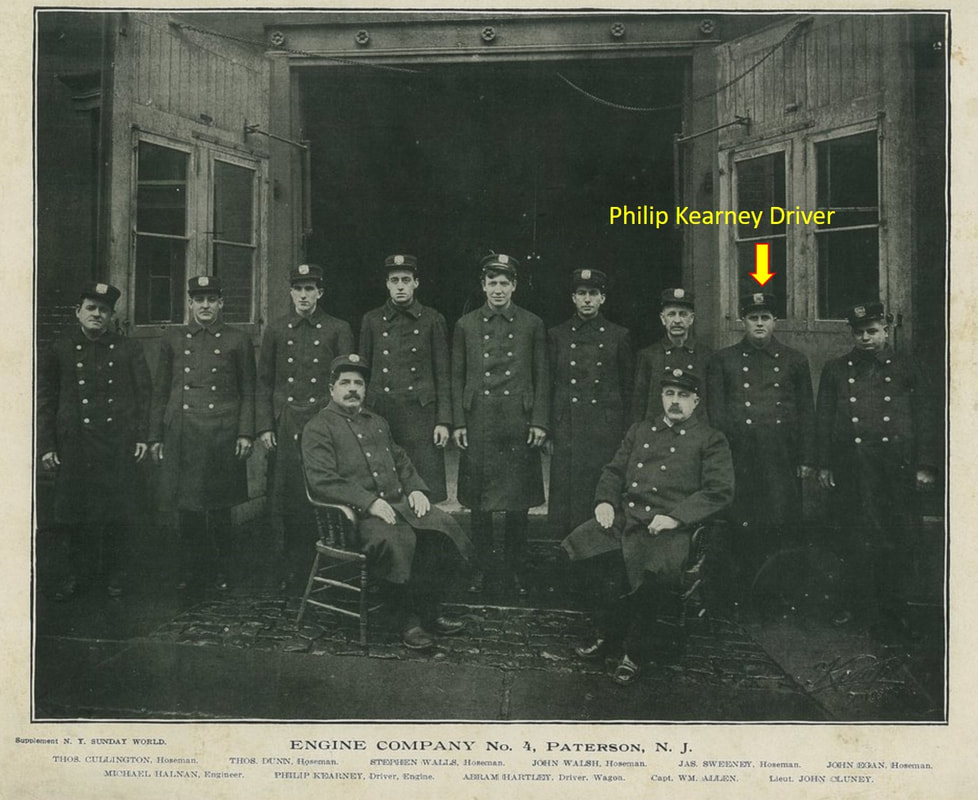 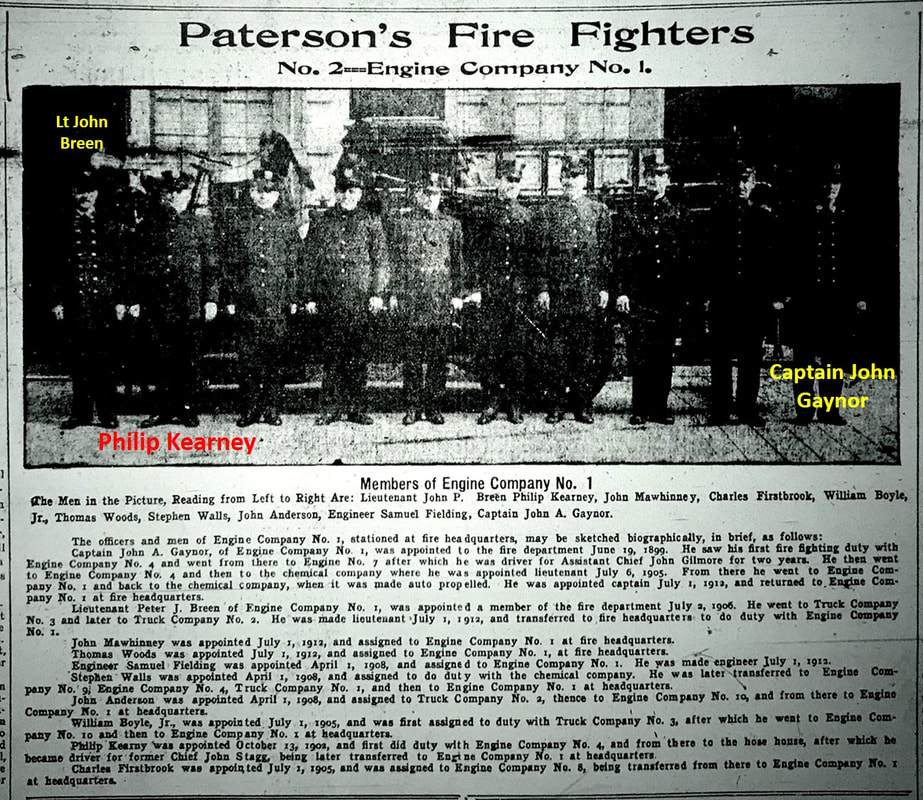 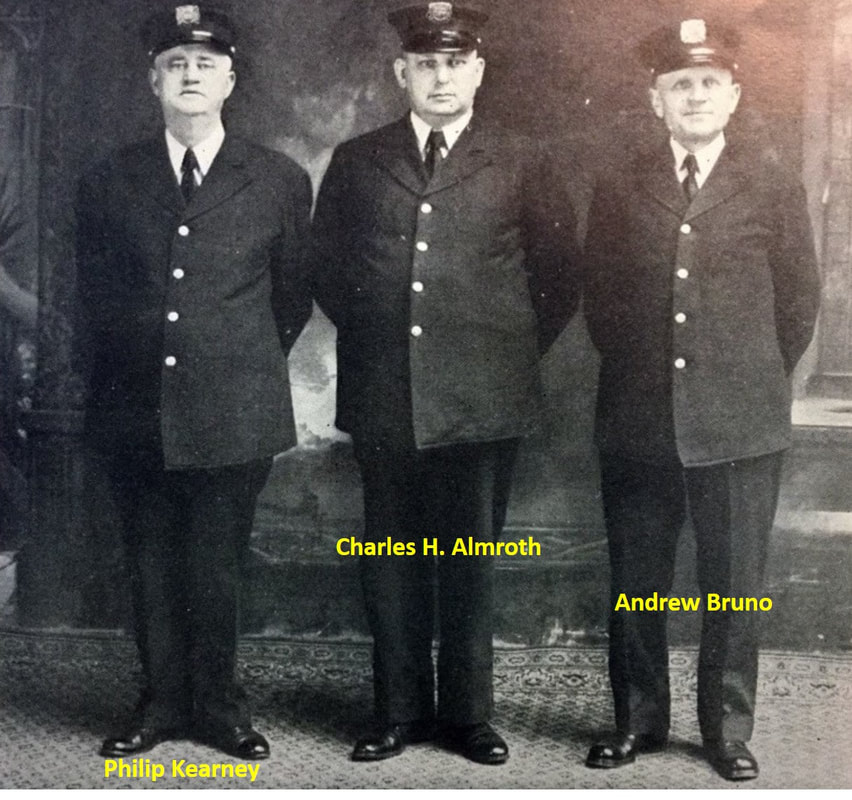 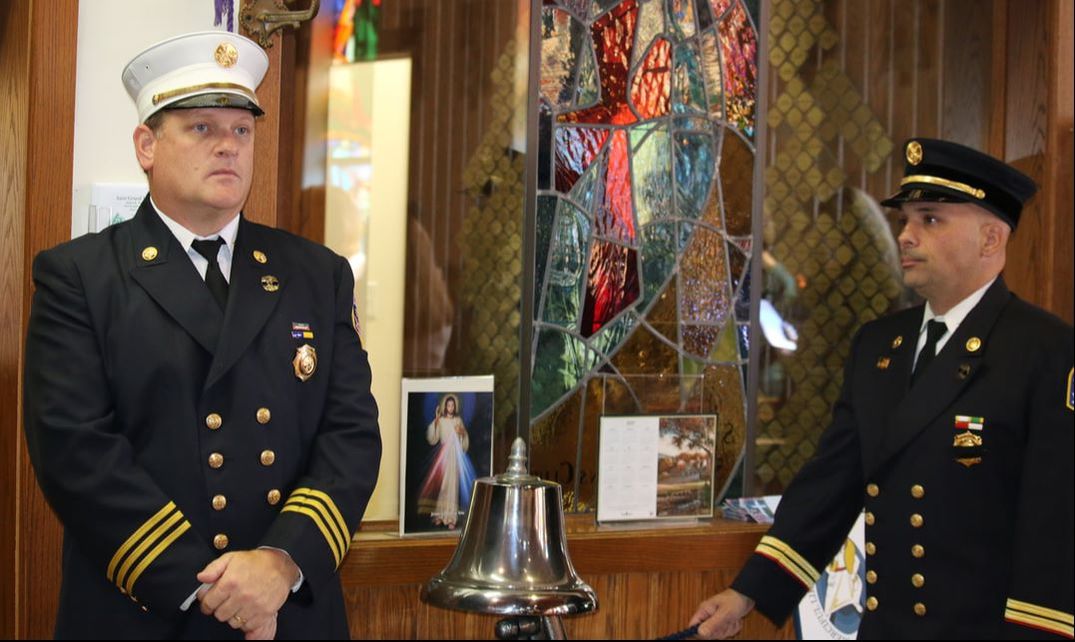 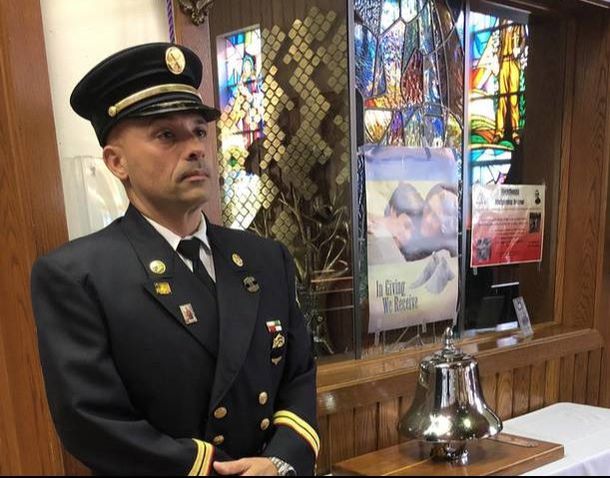