Page remains under construction for post 1976 Stations
​and 1 time. That sequence would occur 4 times in succession.  If a citizen called via phone for a fire in that area (Box 451 was Main Street and Broadway) Fire Alarm would dispatch the first due company and then transmit "451" only two rounds.
1872-1873: Early Fire Stations - Paterson's Volunteer Fire Department - Fire Alarm Telegraph system established  and became operational in 1873
March 3, 1874: First anniversary of Gamewell fire alarm telegraph system installation 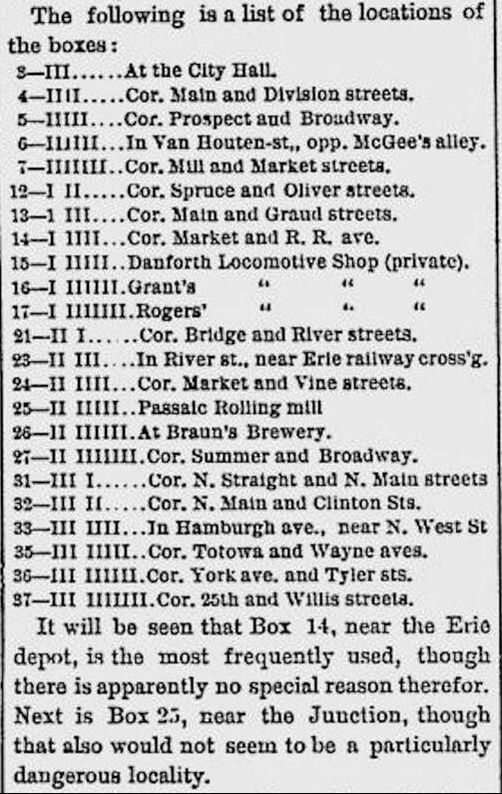 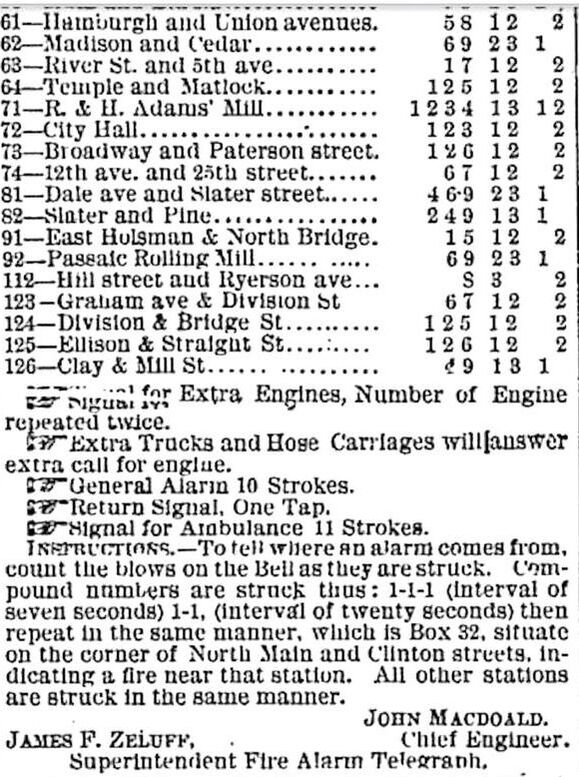 ​The following stations were made keyless: 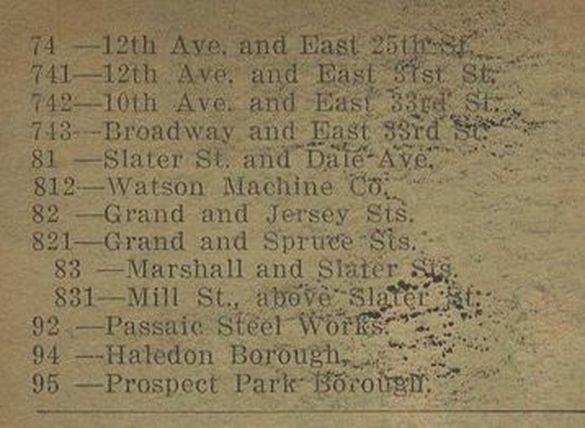 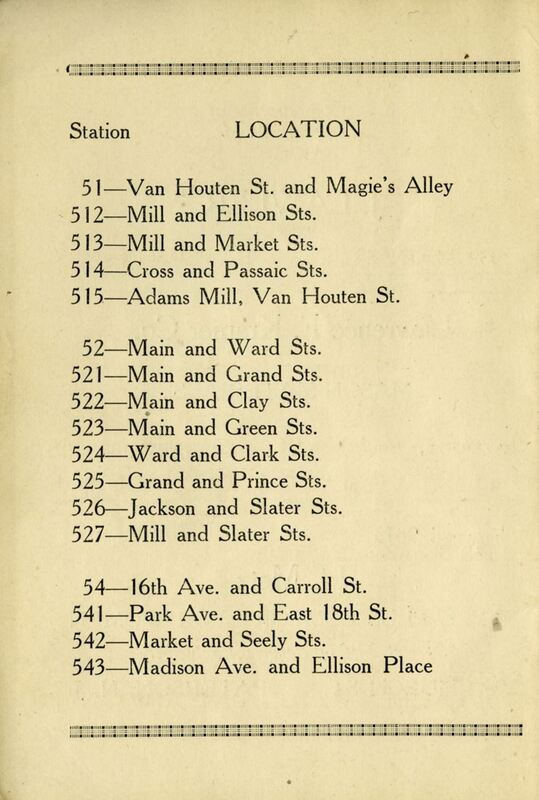 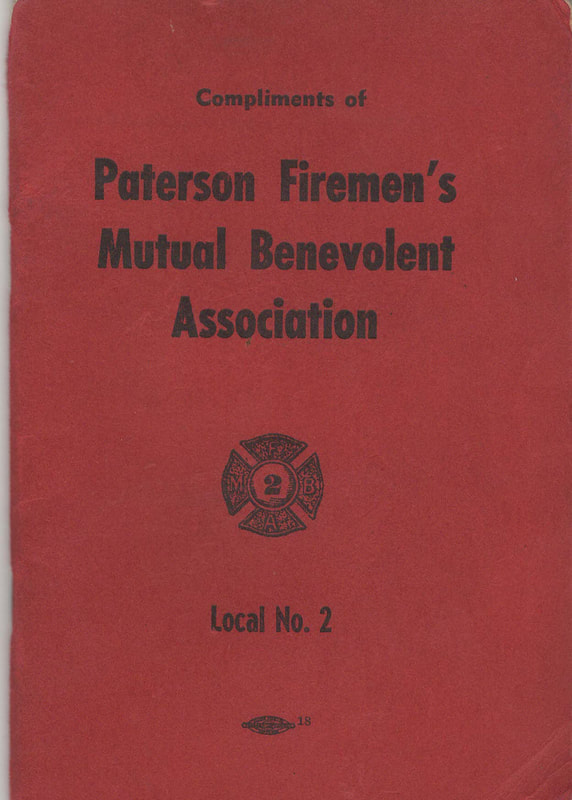 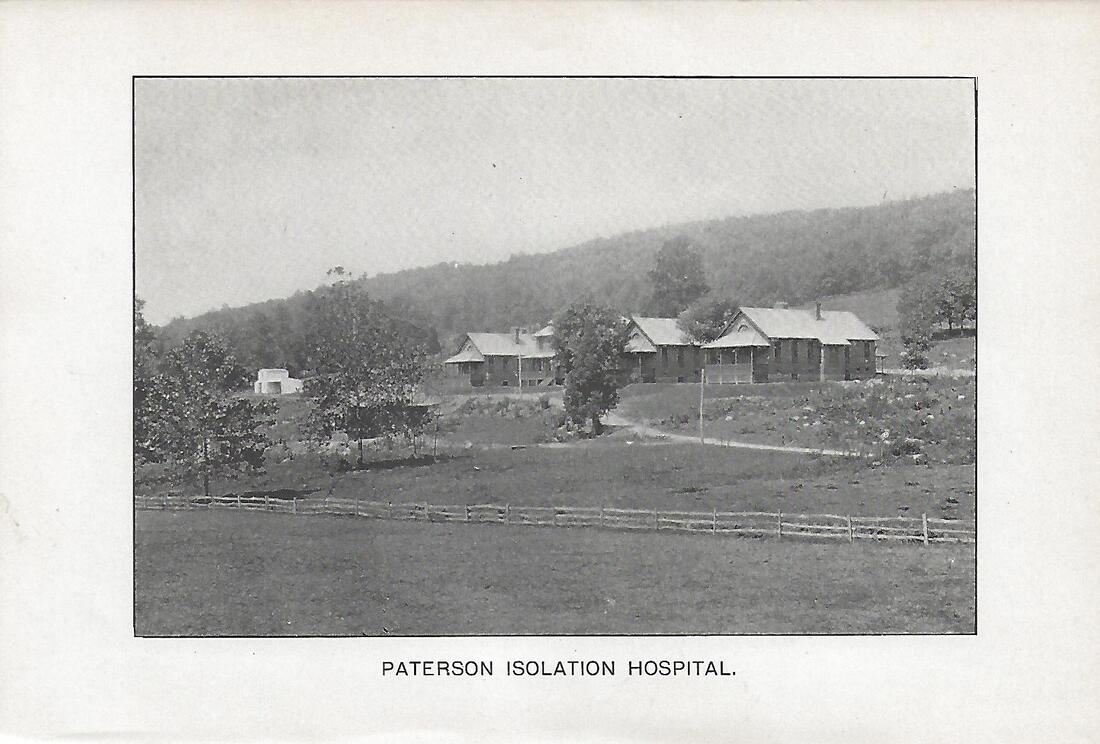 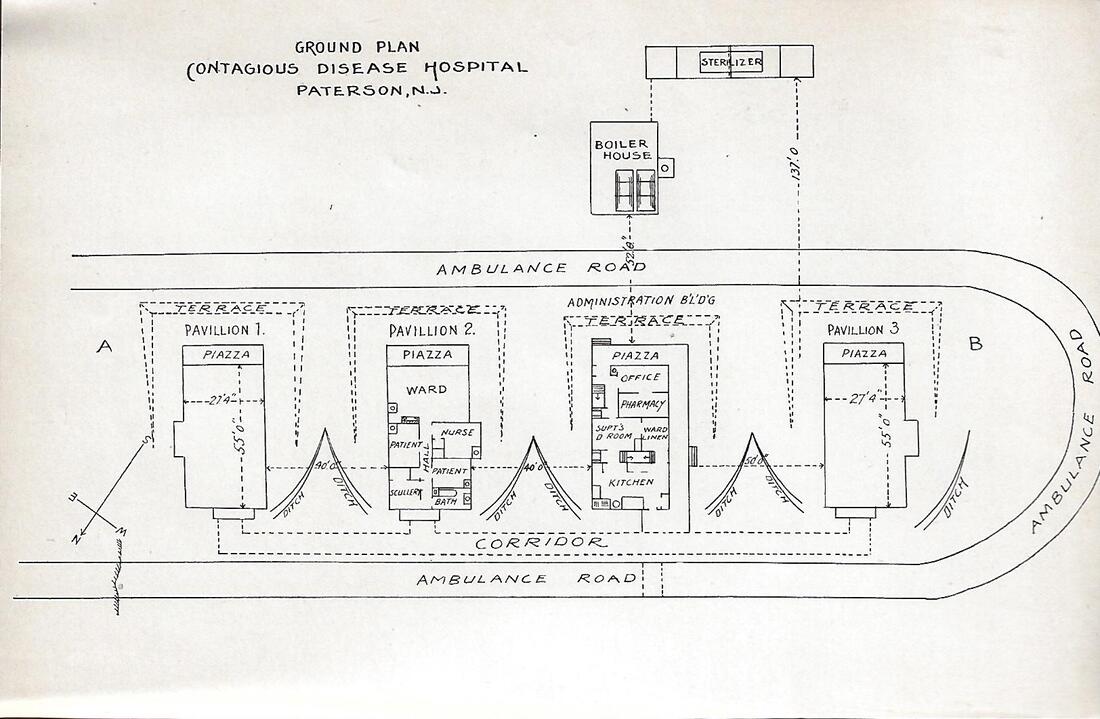 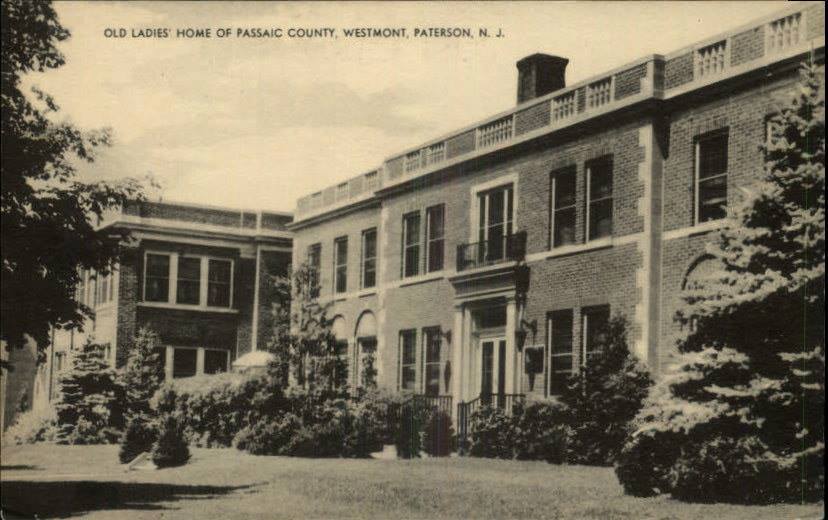 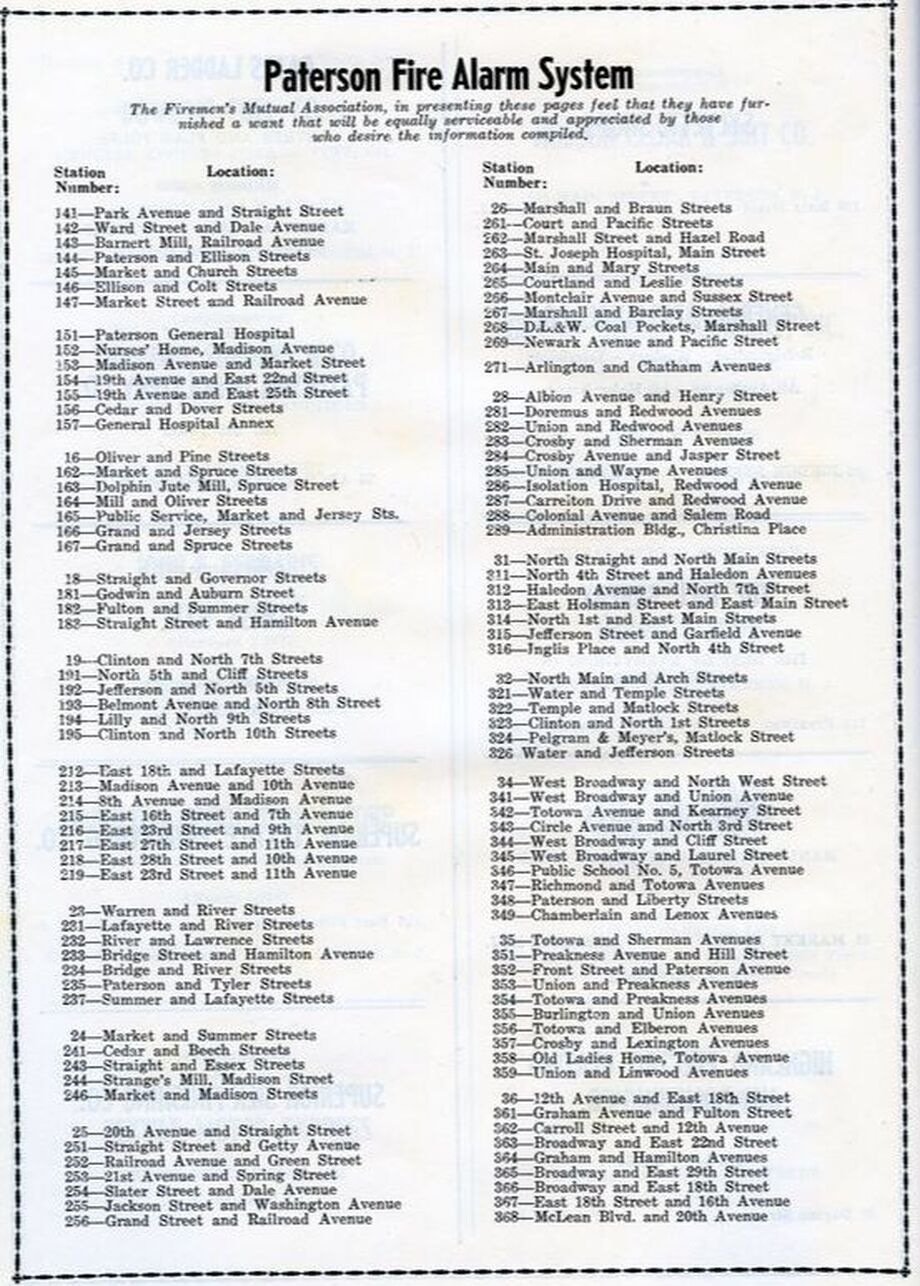 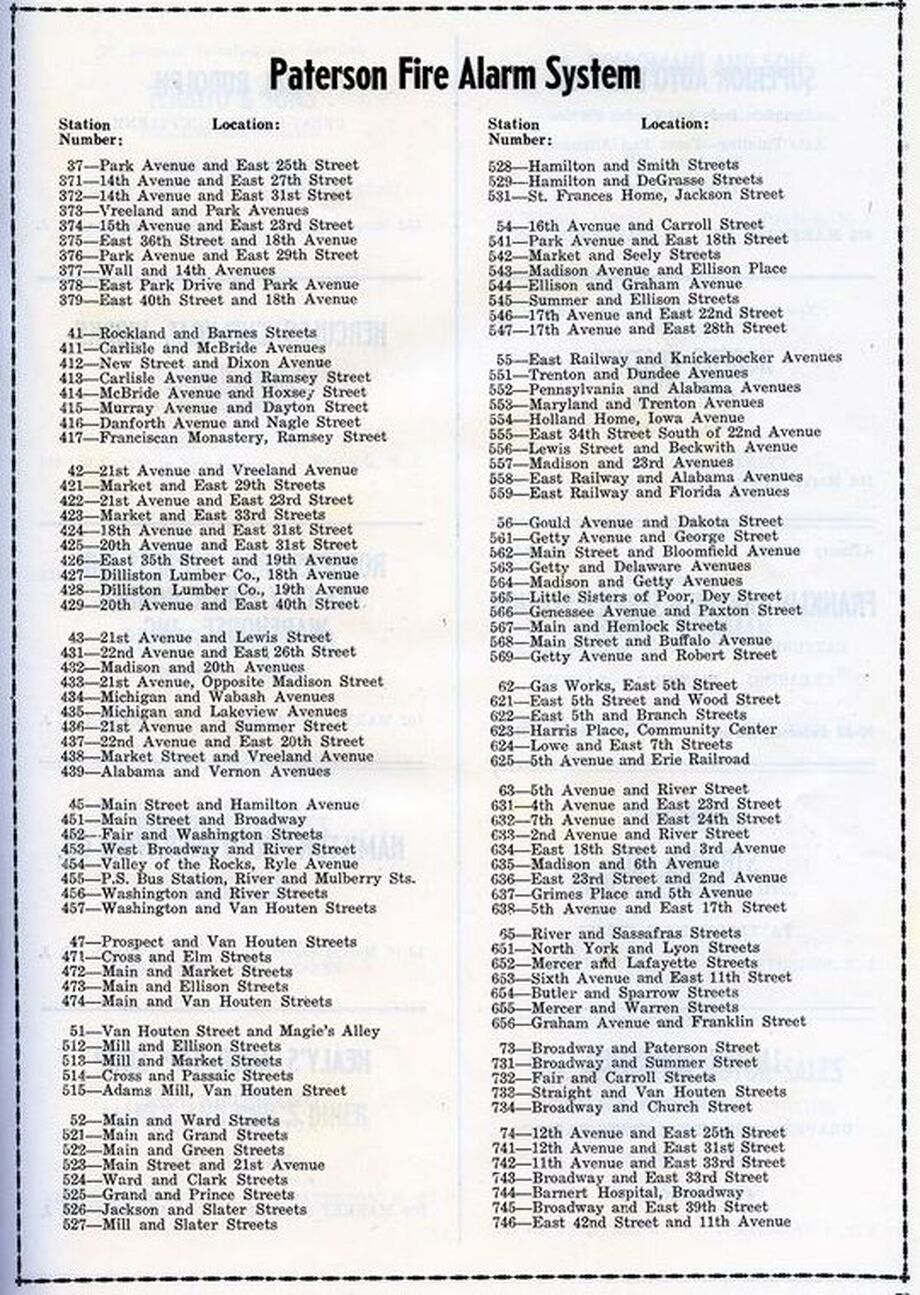 1961 FMBA Pamphlet of fire stations. In this series the apparatus are listed in order of response - First due, second due, third due, etc 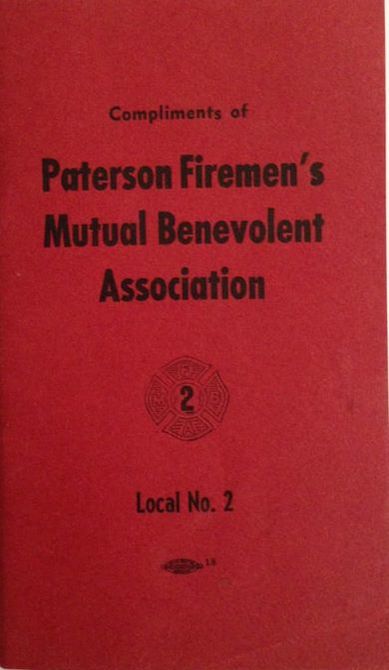