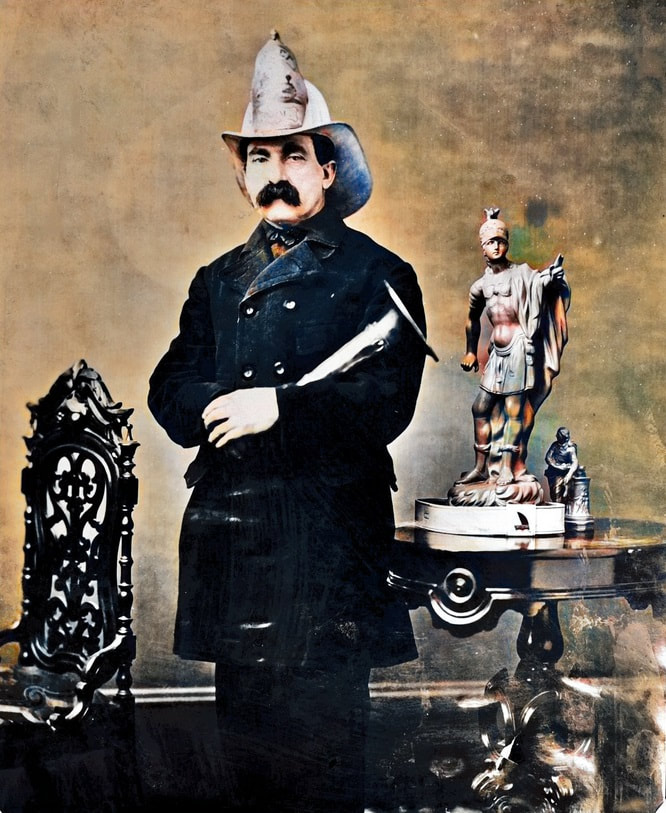 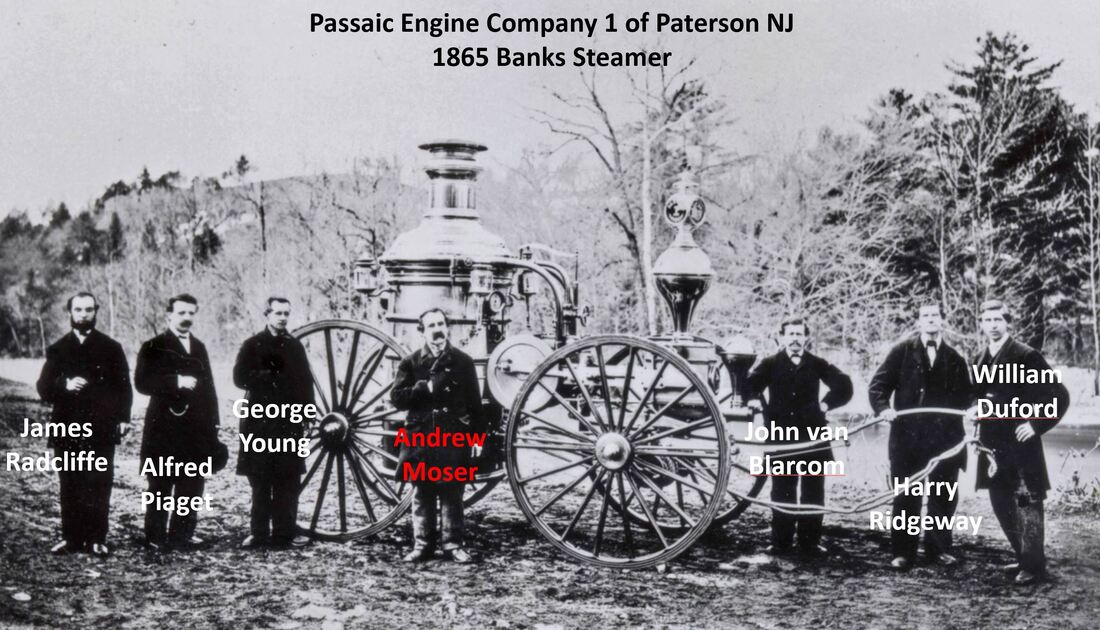 Andrew Moser in center of photo with the first Steamer used by Passaic Co 1
During his service in No. 1 he held all the different offices in the gift of the company and was the president of the stock company from the time of its incorporation until it was mustered out. Mr. Moser was born in Alsace, France, and came to this country in the spring of 1832, and accepted a position in Holtzman's old cotton mill. 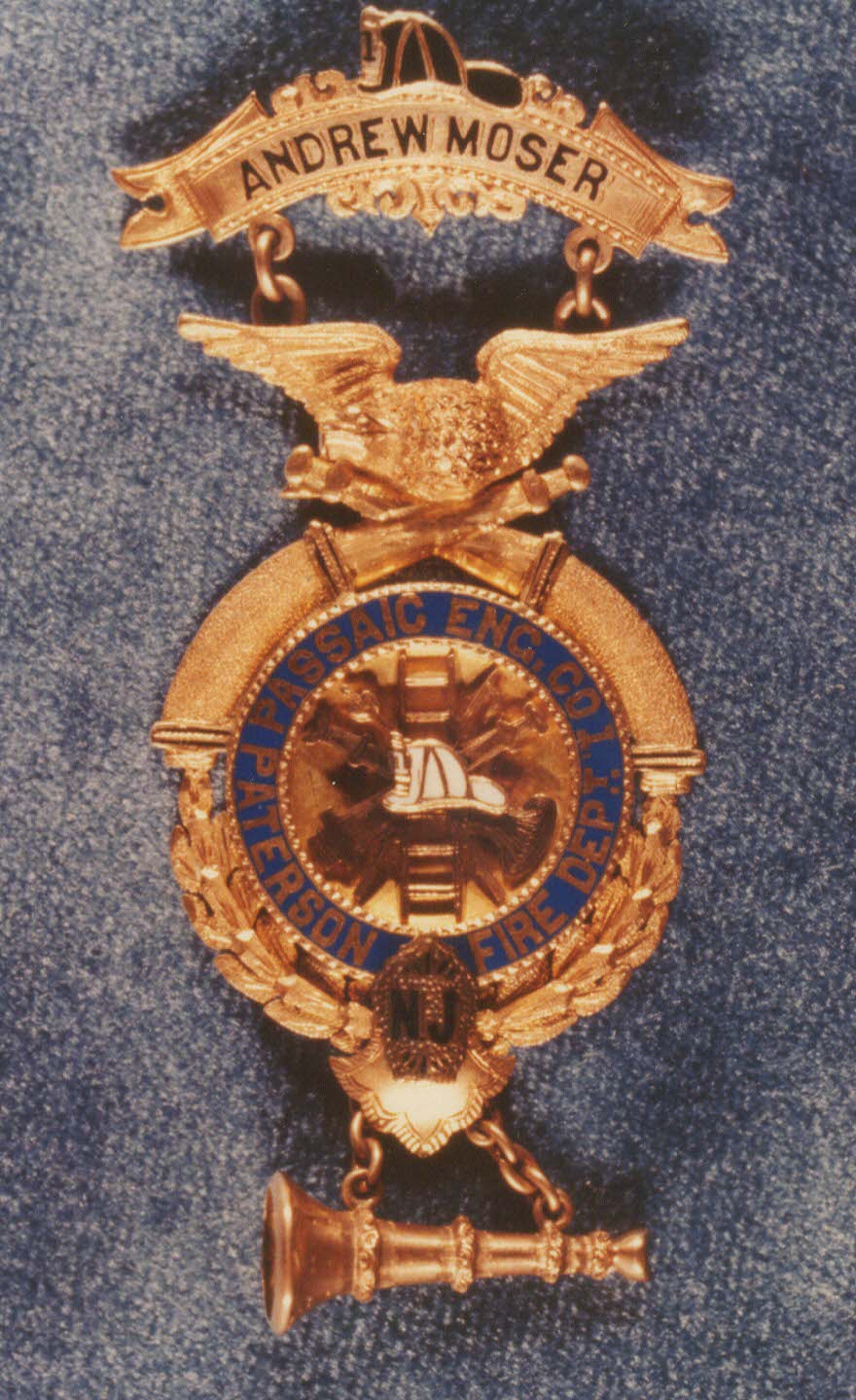 Dayspring Collection
May 21, 1866: Parade in honor of Passaic Engine Company 1's new steamer led by the Volunteers - seen here at West Street where it joins Main Street and Broadway. In the front row, following the band, carrying their magnificent silver trumpets are Chief Dan McClory and Assistant Chiefs (Charles Reed at left and Andrew Moser at right). They are followed by the Mayor and Foreman and Assistant Foreman of Passaic 1. Sixty men are pulling the ropes attached to Steamer of Engine 1 (steamer boiler smokestack barely visible way down the street) 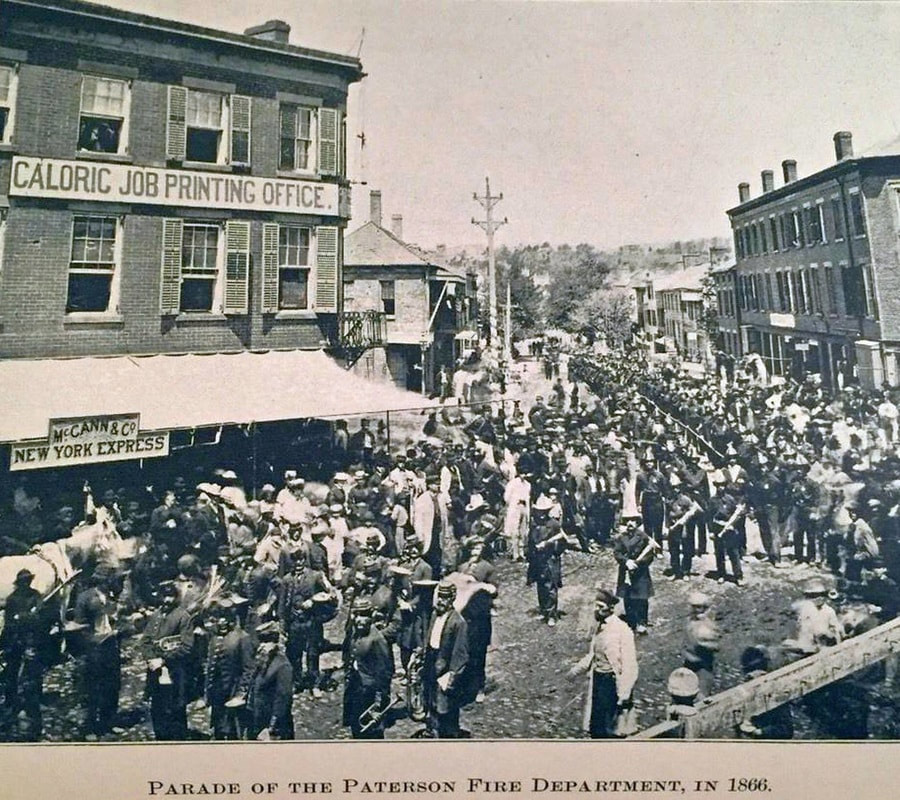 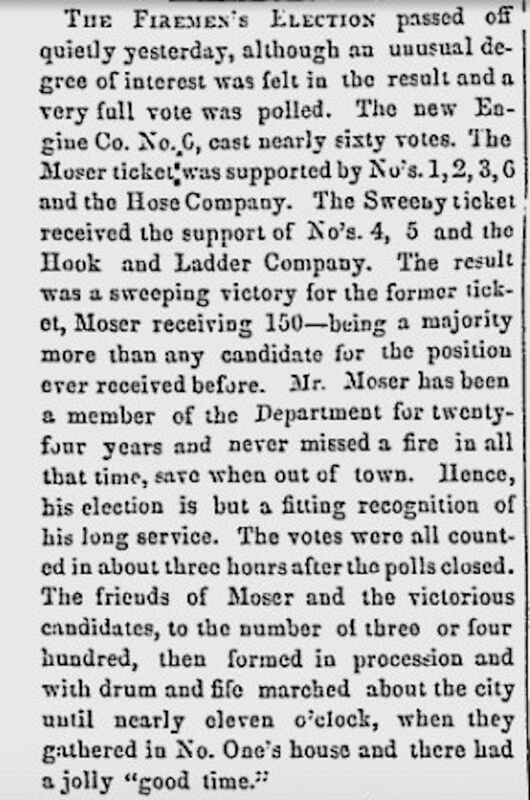 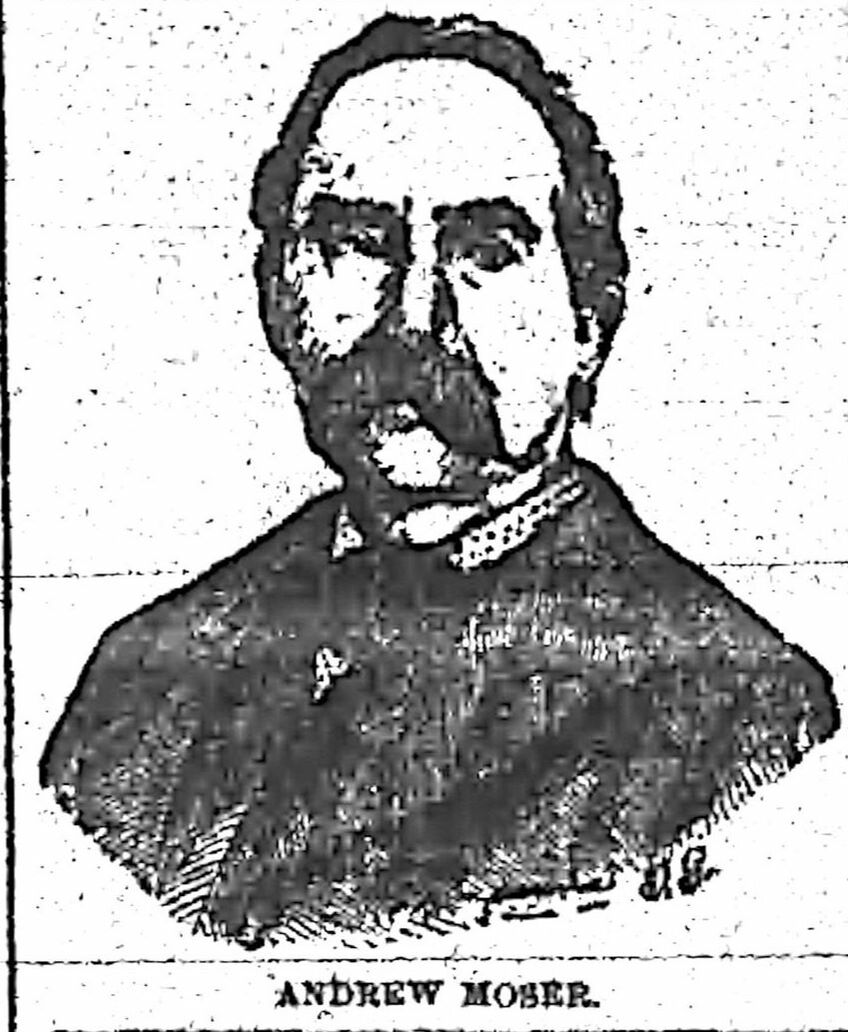 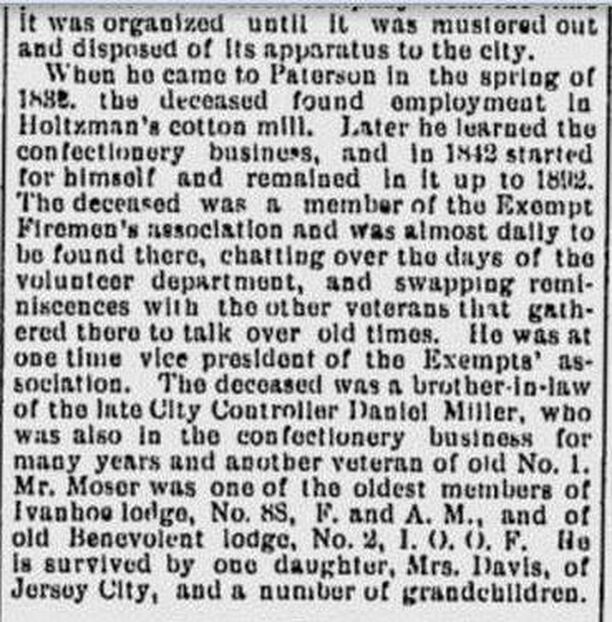 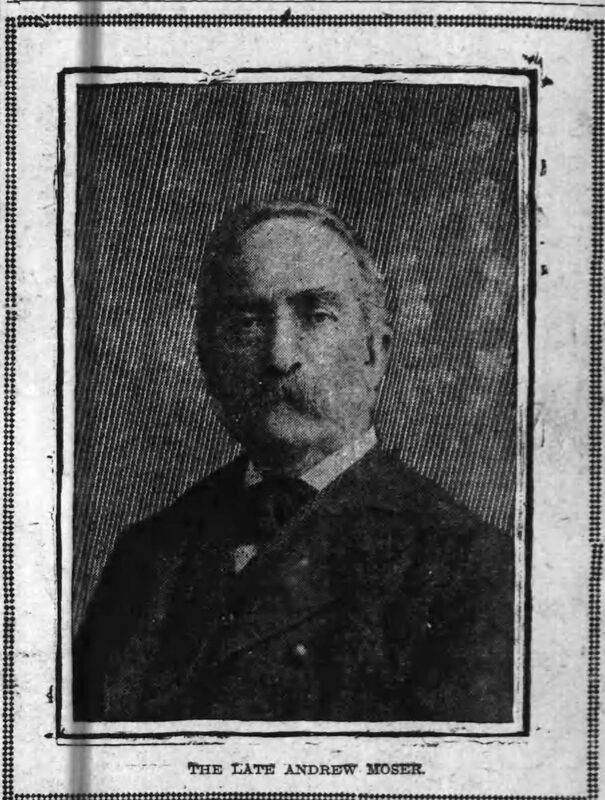 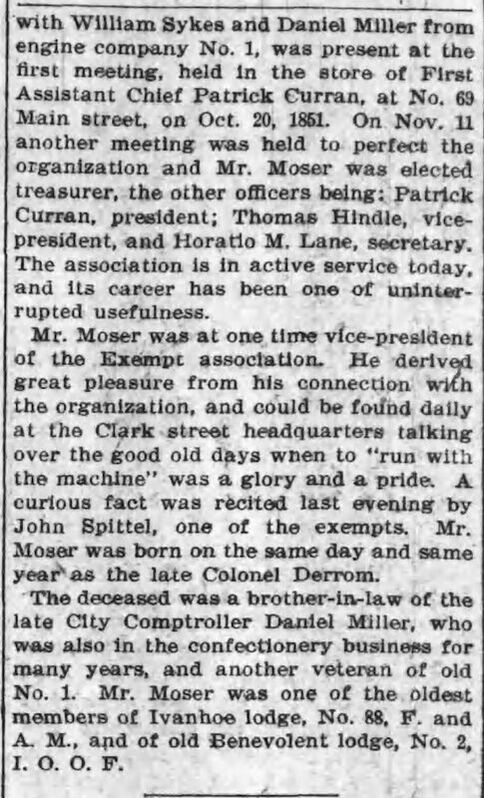 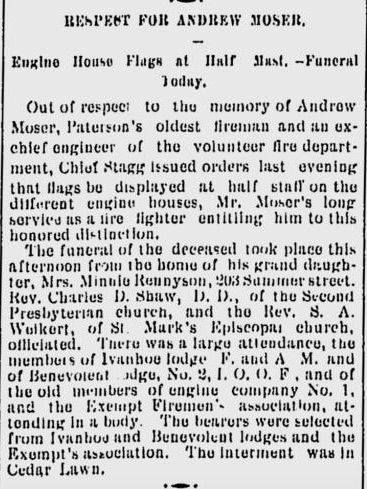