This company was organized and placed in service April 20th, 1828, in a two-story brick and stone building on the west side of Washington street (hence the company name), below Fair street. Their first engine was a goose-neck engine built by Ephraim Force, of New York.
​
October 2, 1860:   Talk of new Steam Fire Engine 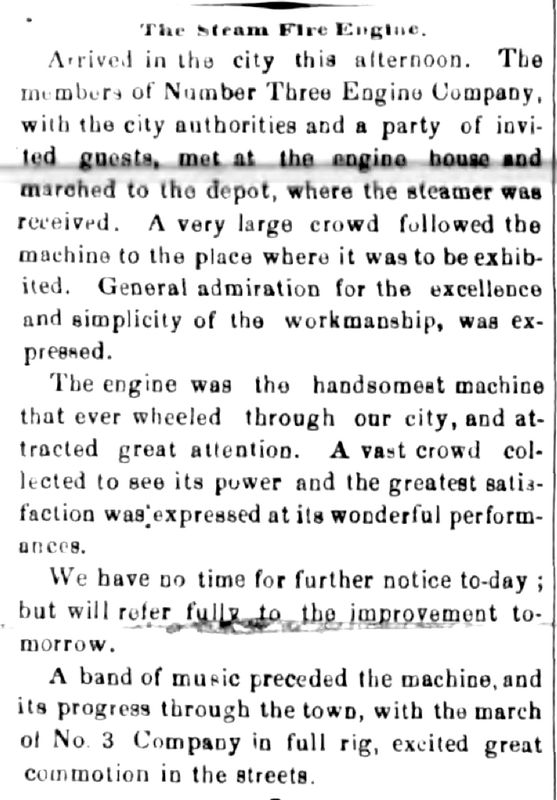 Courtesy Dennis Morrison
​July, 1861: a single pump Jeffers steam engine was placed in their charge. This was the first steam fire engine used in Paterson (pictured below).
May 2, 1908 Review article of the acquisition of the Jeffers steamer
​The steamer arrived in Paterson on ​​June 30, 1863 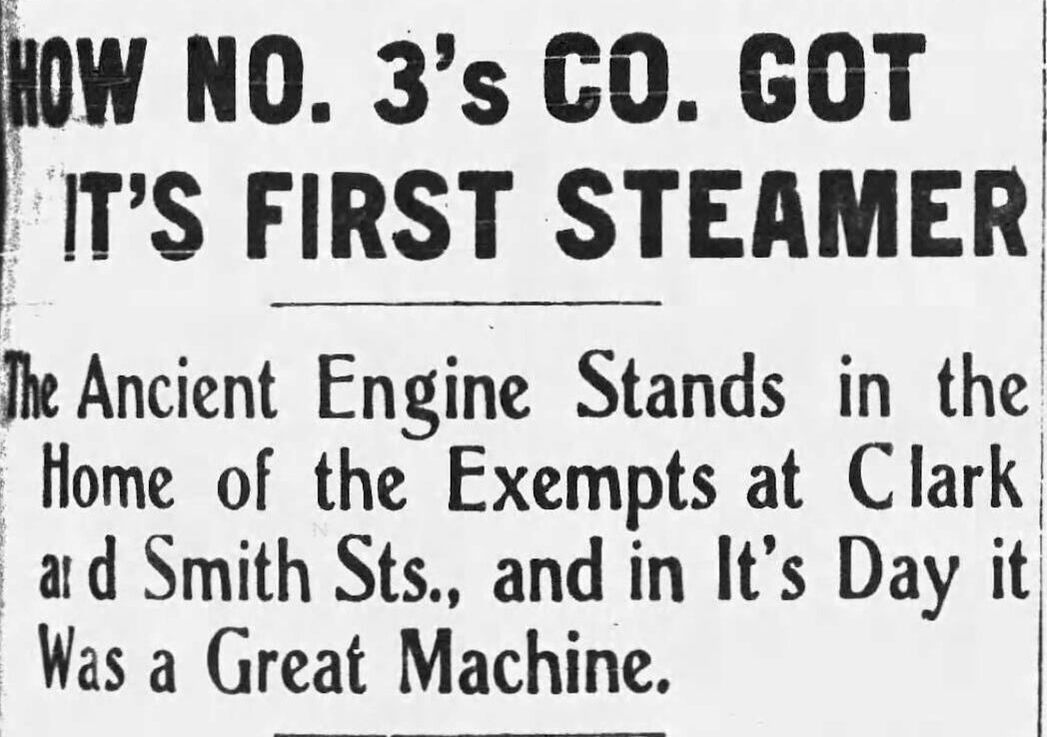 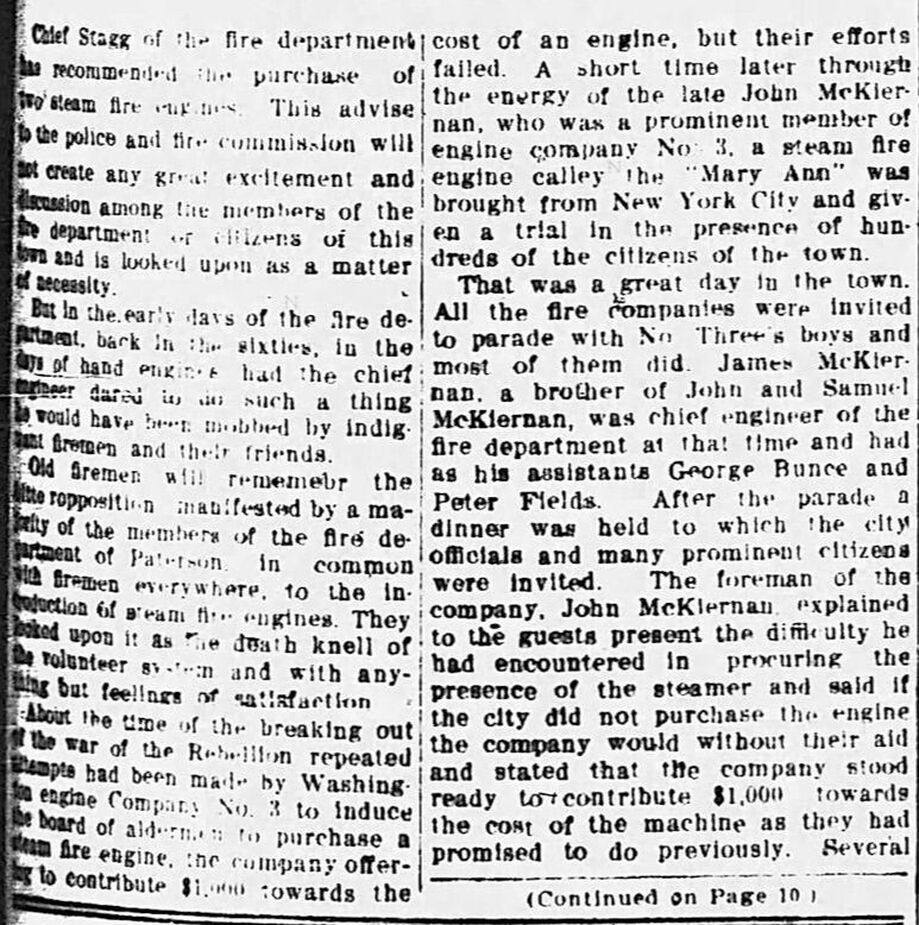 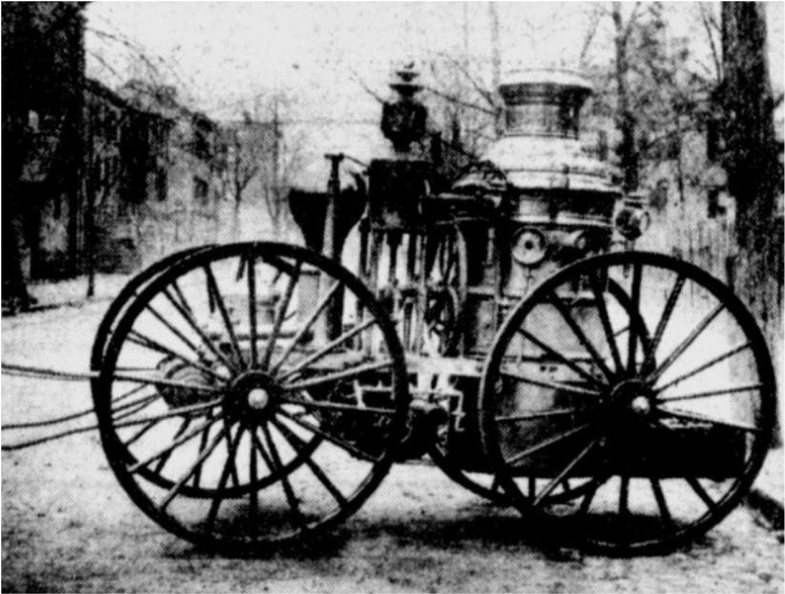 1863 Jeffers Steamer outside the Exempt Home on Clark Street
June 22, 1864: New steam fire engine will be received on July 4th and celebrated at a dinner in Continental Hall. The steamer will be first exhibited in New York City. ​ 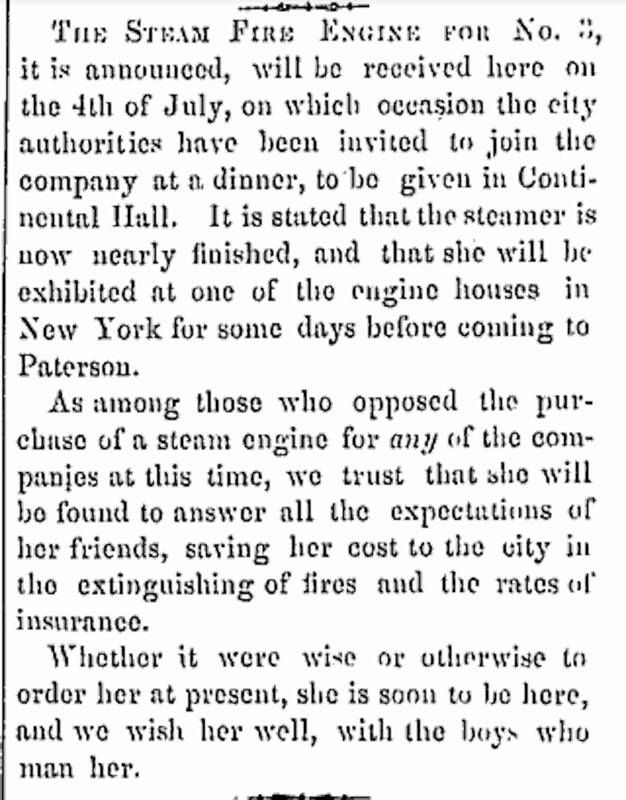 Guardian
July 4, 1864: Parade article from the Guardian: The new Steamer of Engine Company 3 had the place of honor and was tested for the public.  It was a hand-pulled Jeffers Steamer and is now on display at the Paterson Museum.
July 8, 1864: The new "Musheen" - Test of the new Jeffers Steamer - Discussion of benefit vs cost of steamers as well as the ultimate need for a paid department and how that might be accomplished
July 15, 1864: Common Council meeting discusses steamer test performance
July 20, 1864:  Fire and Water Committee meeting:  accepted the contract for Engine 3 steamer which went to William Jeffers of Pawtucket, RI. There was a minor issue with hose stream.

Guardian
September 12, 1864: Washington 3 satisfactorily tests steamer at Mansion and East Van Houten Streets. A nearby horse was spooked and ran through the crowd. 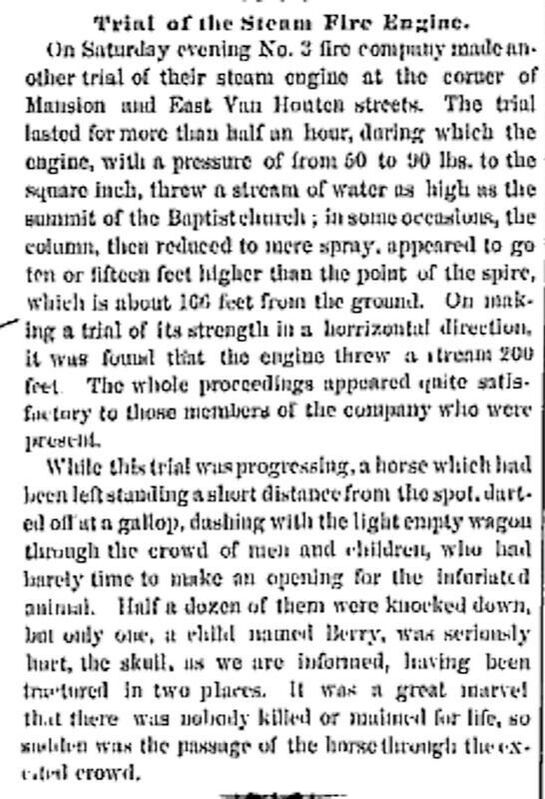 Guardian
December 14, 1871: "The Town Clock" Fire: First Reformed Church, Old Post Office, several stores and residences.  The steamer at left is likely that of Washington 3 and the Hook and Ladder in center being Eagle 1. 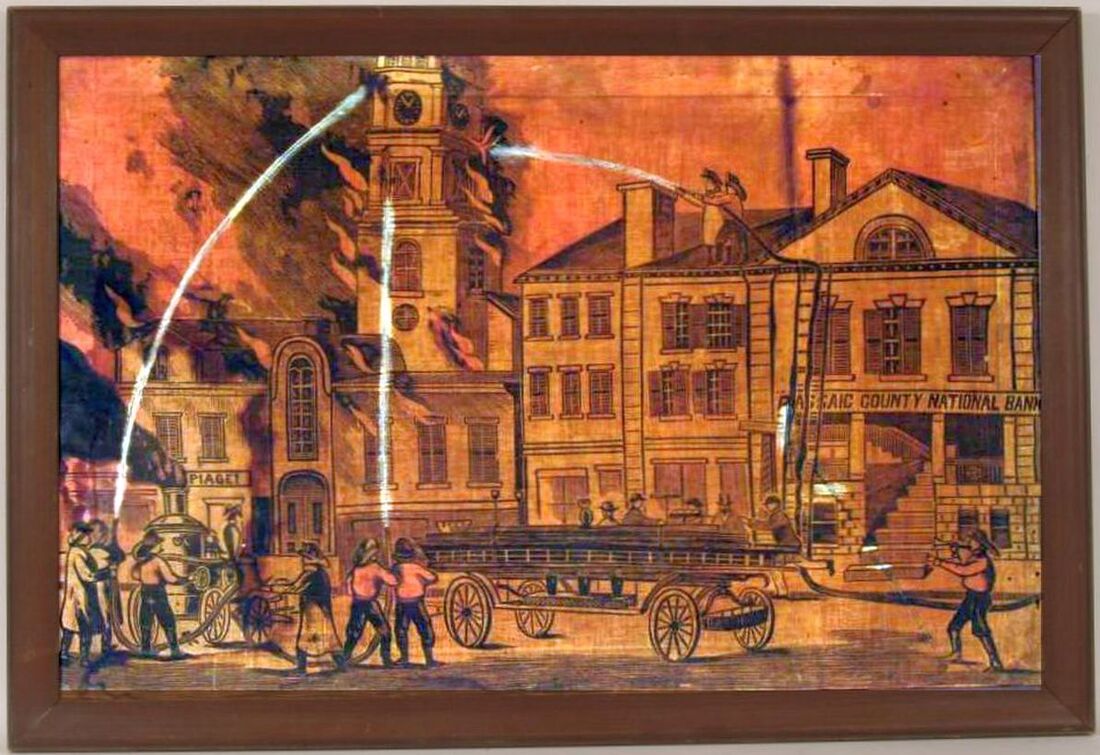 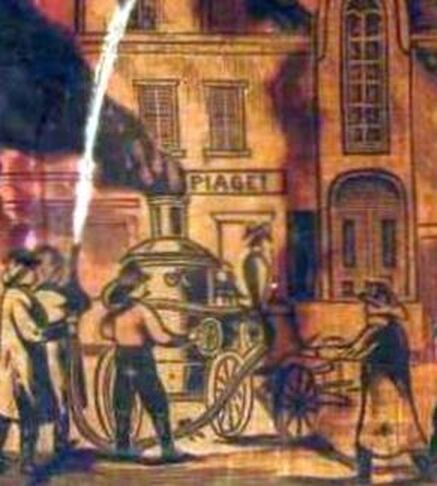 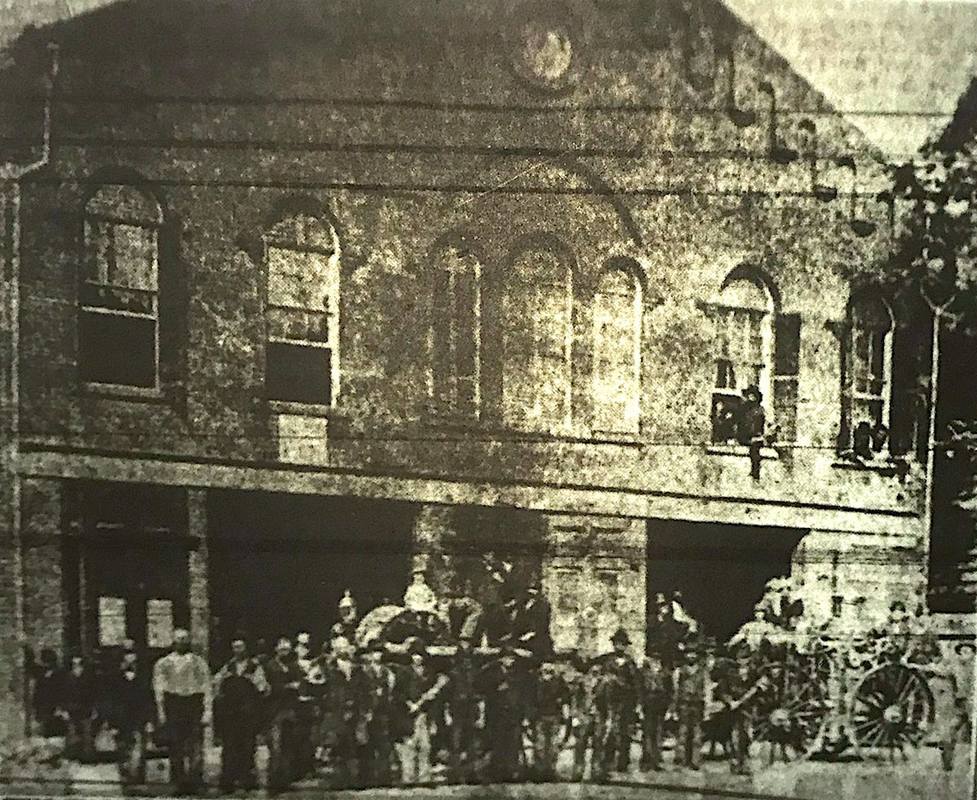 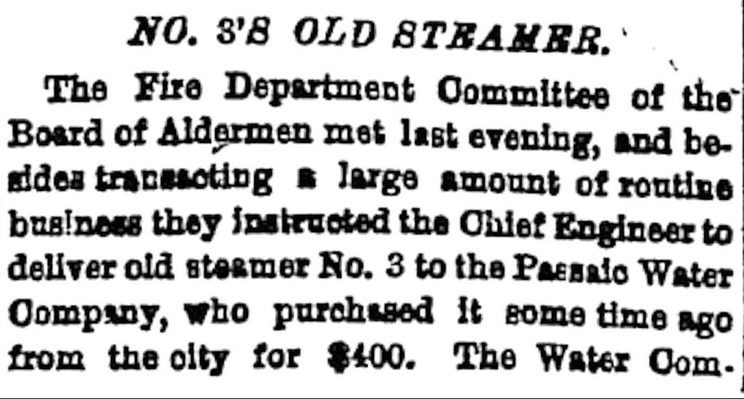 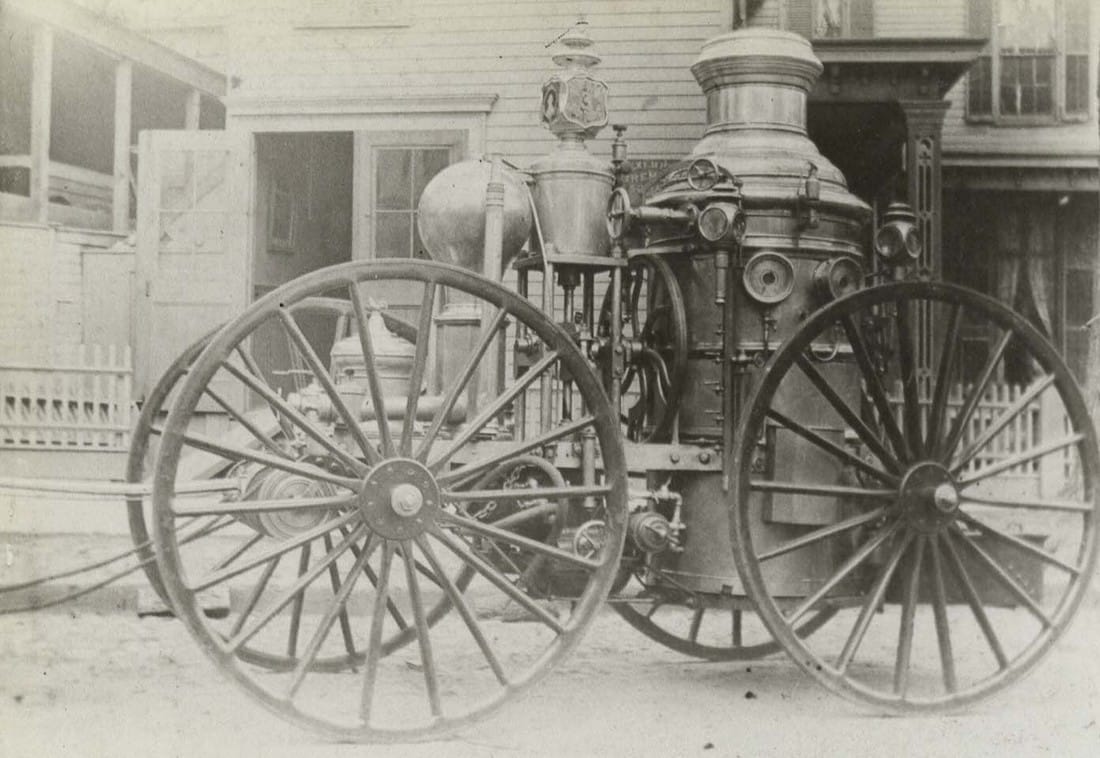 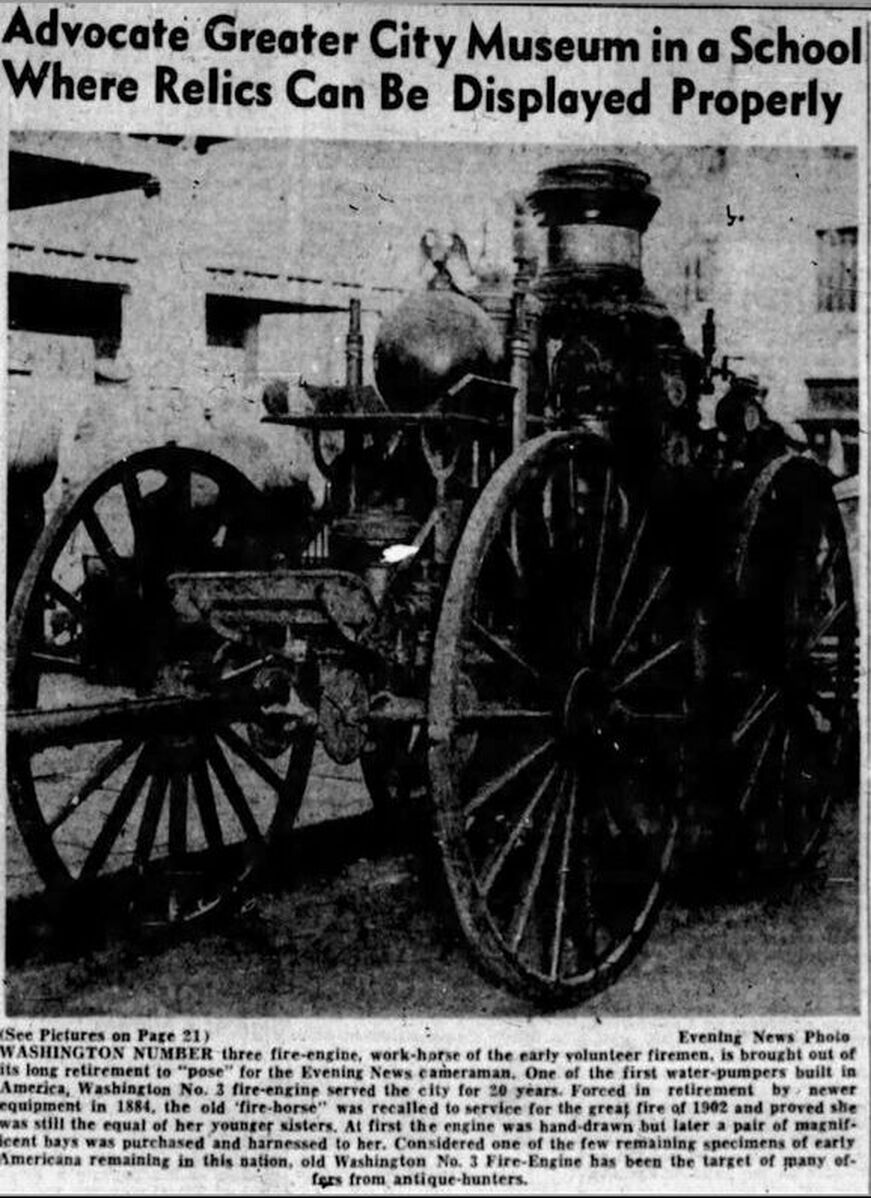 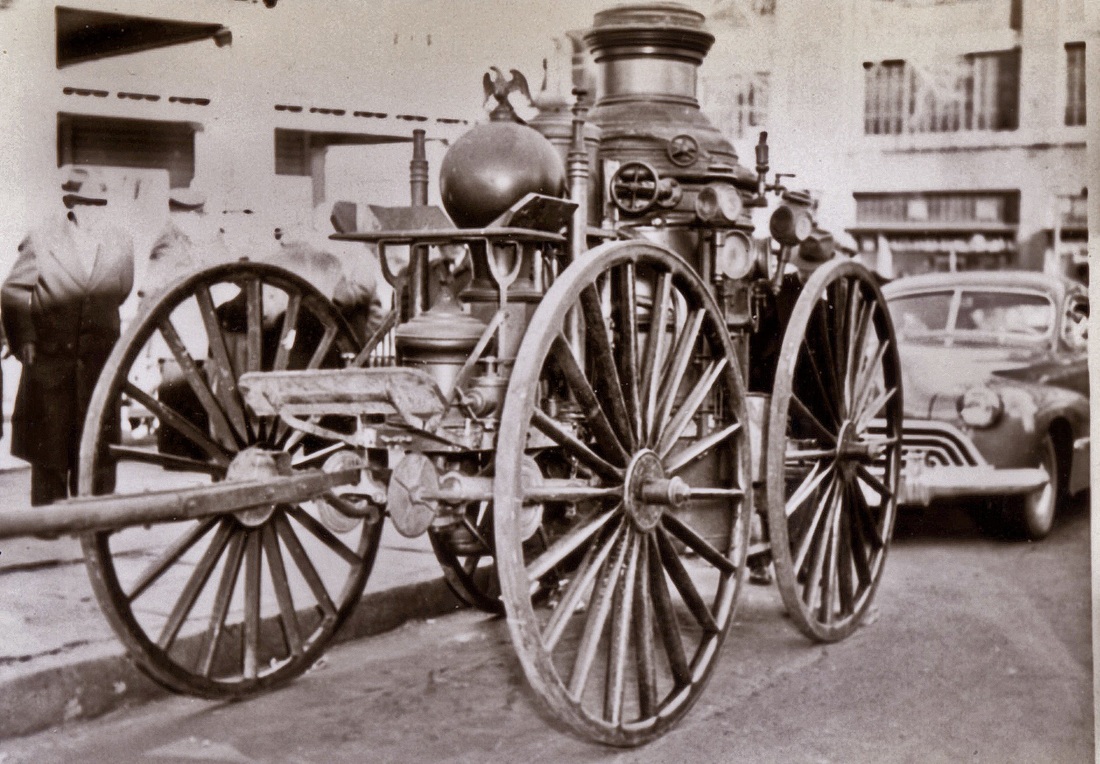 Steamer outside of Exempt home: note driver seat and brass eagle on front chamber not seen in previous photo 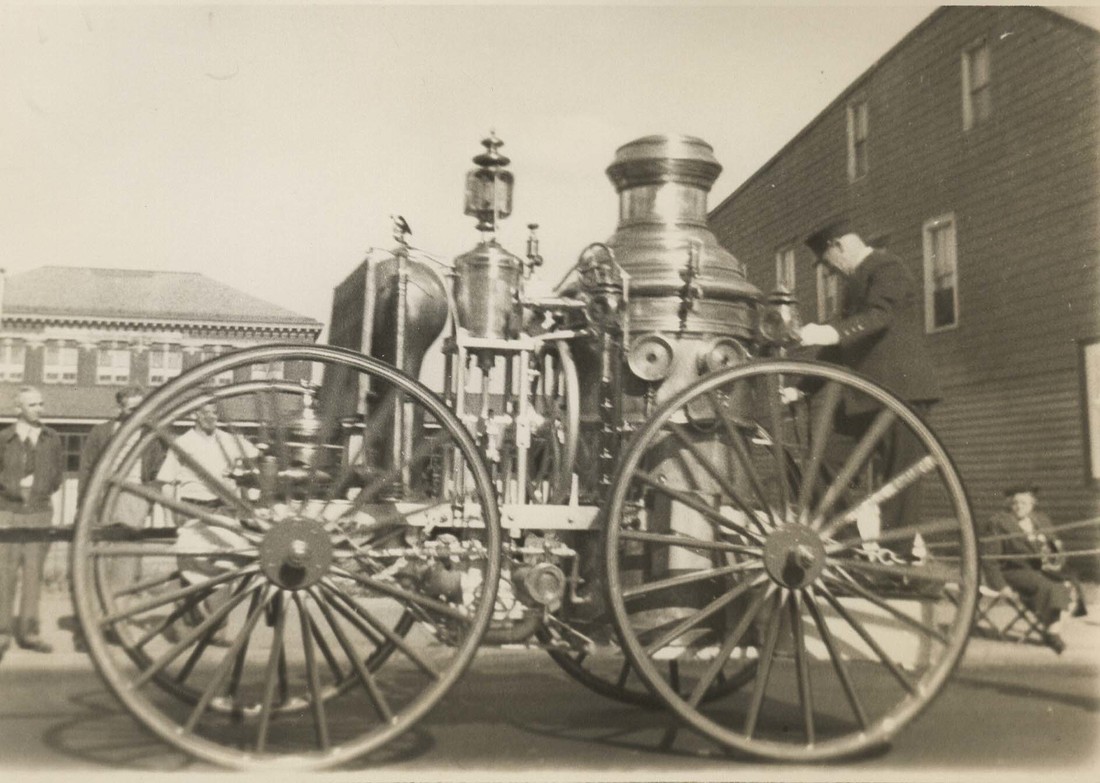 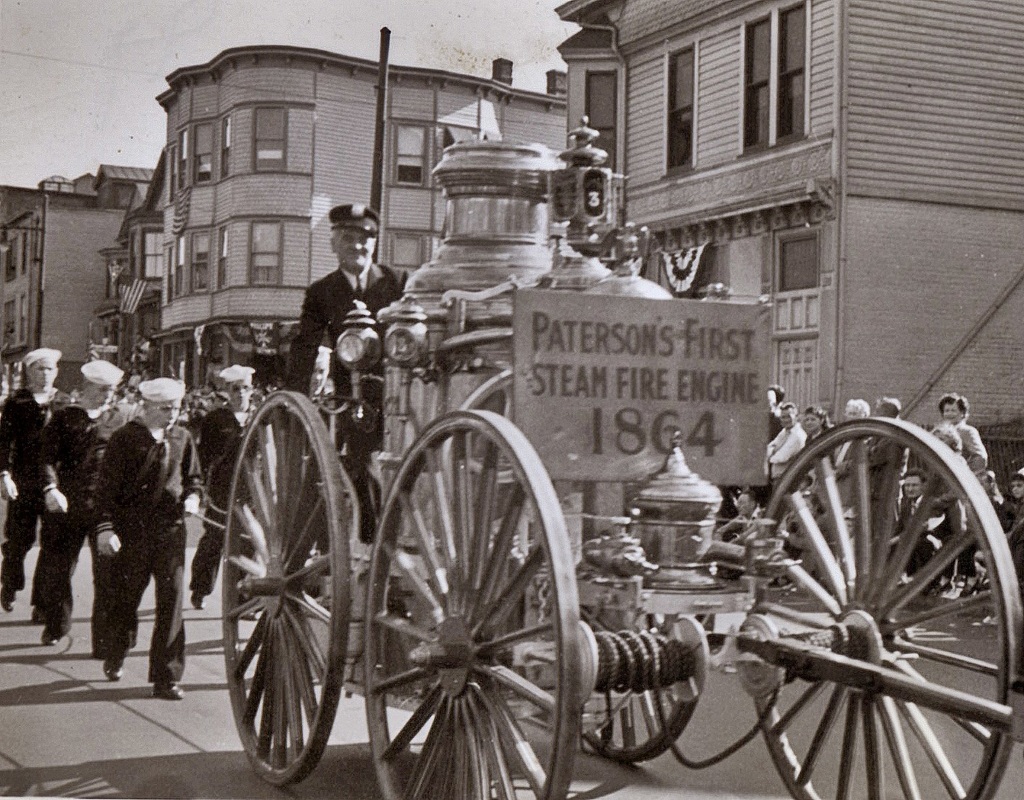 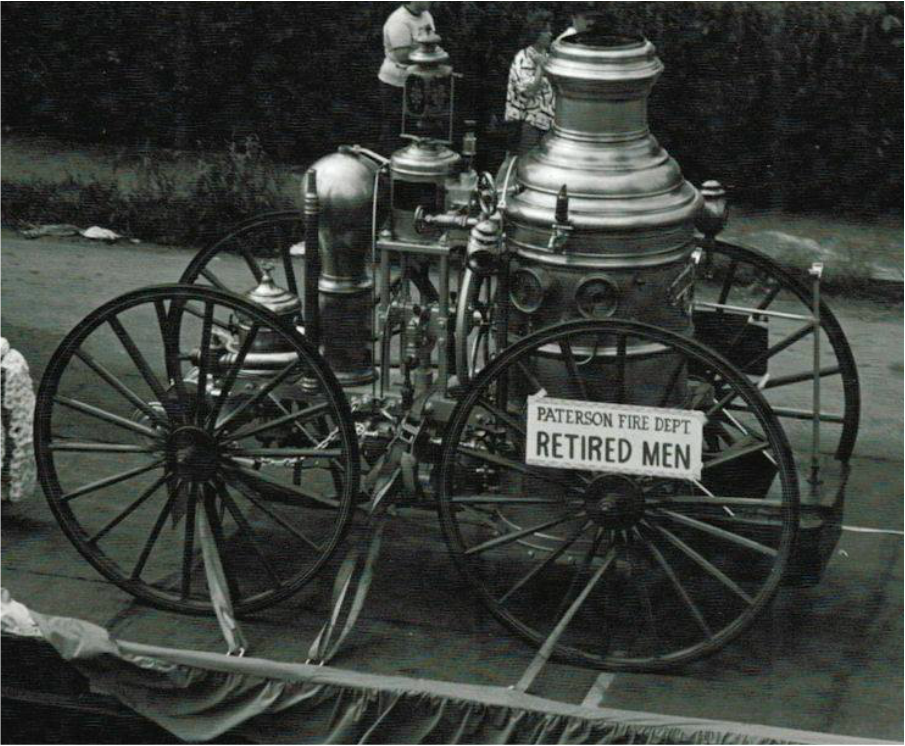 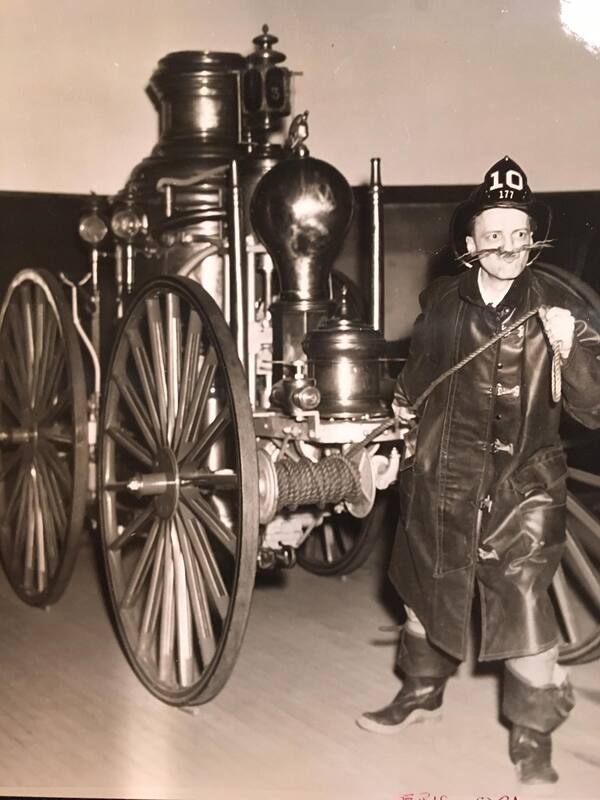 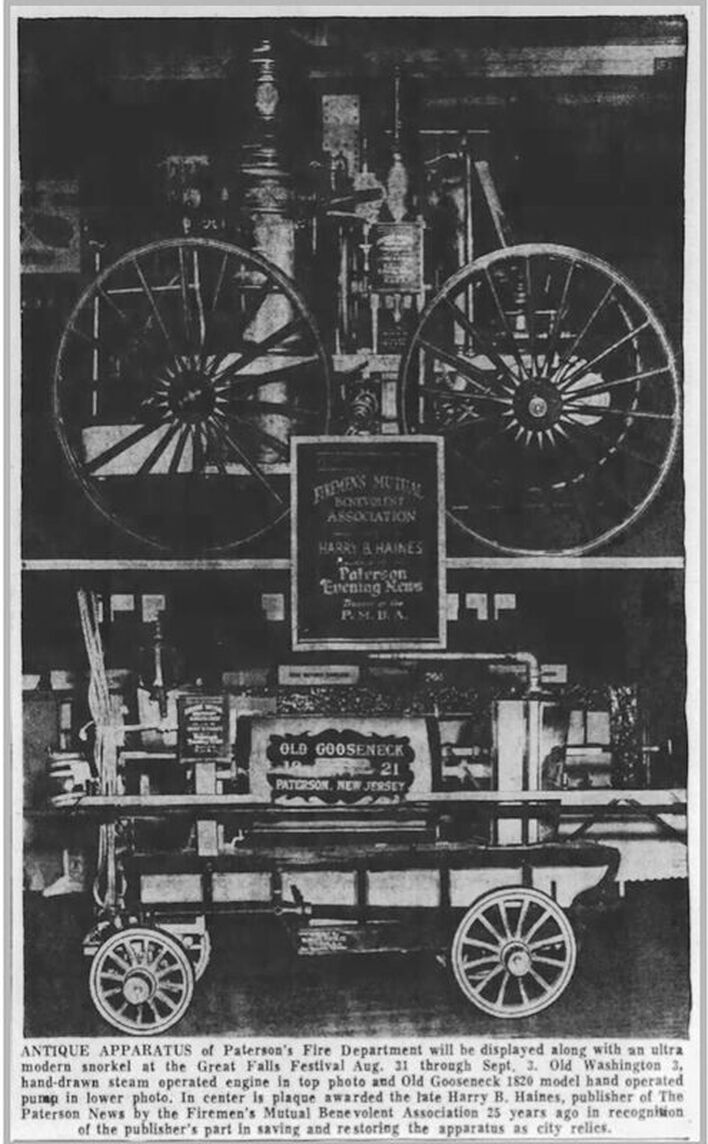 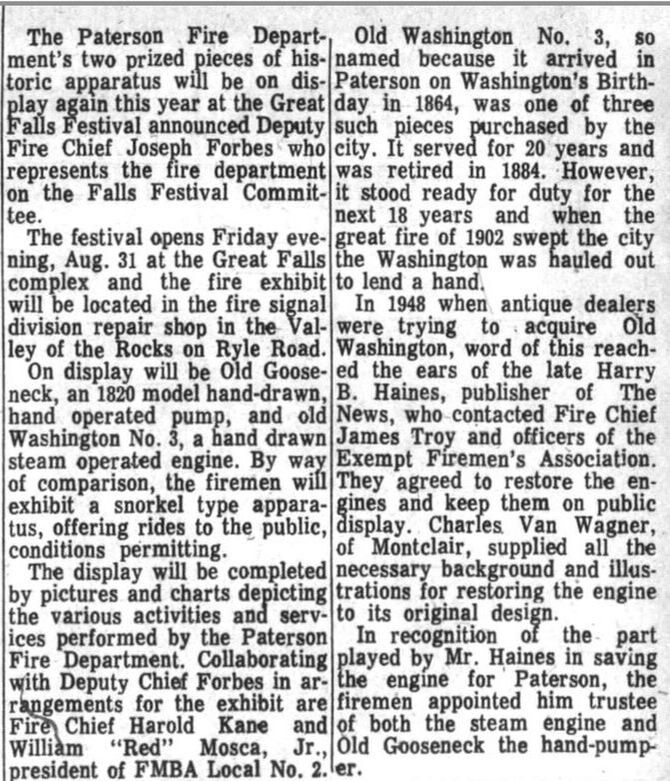 Note: The story is partially false. Engine 3 in Pataerson was called Washington 3 long before the steamer arrived in 1863. The appellation had nothing to do with Washington's birthday.
Photos while at Madison Ave Firehouse in early 1980s. Engine lamp closeups - this is likely not the original lamp but likely from a Washington 3 Hose Wagon or a later steamer used by the company 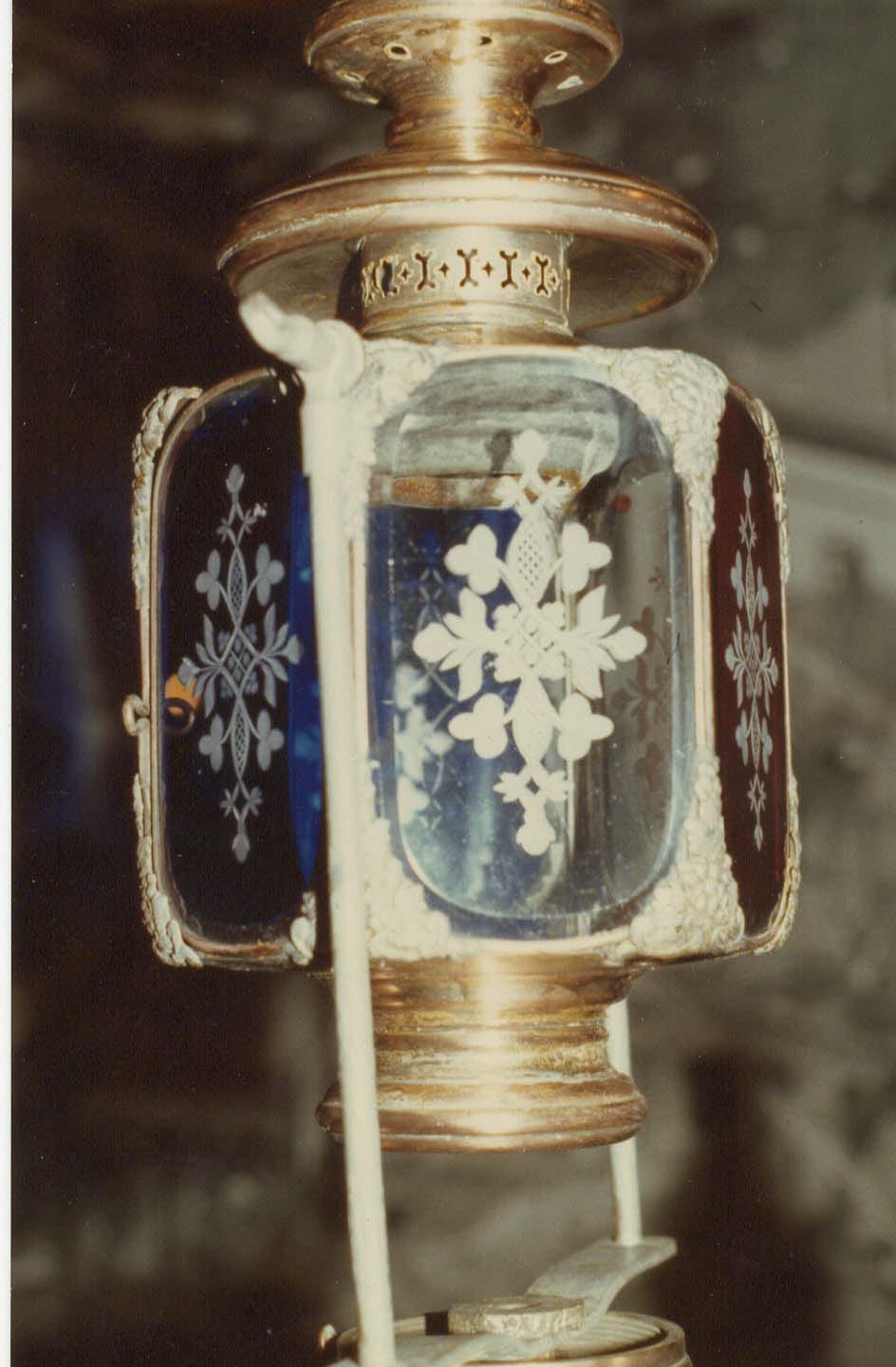 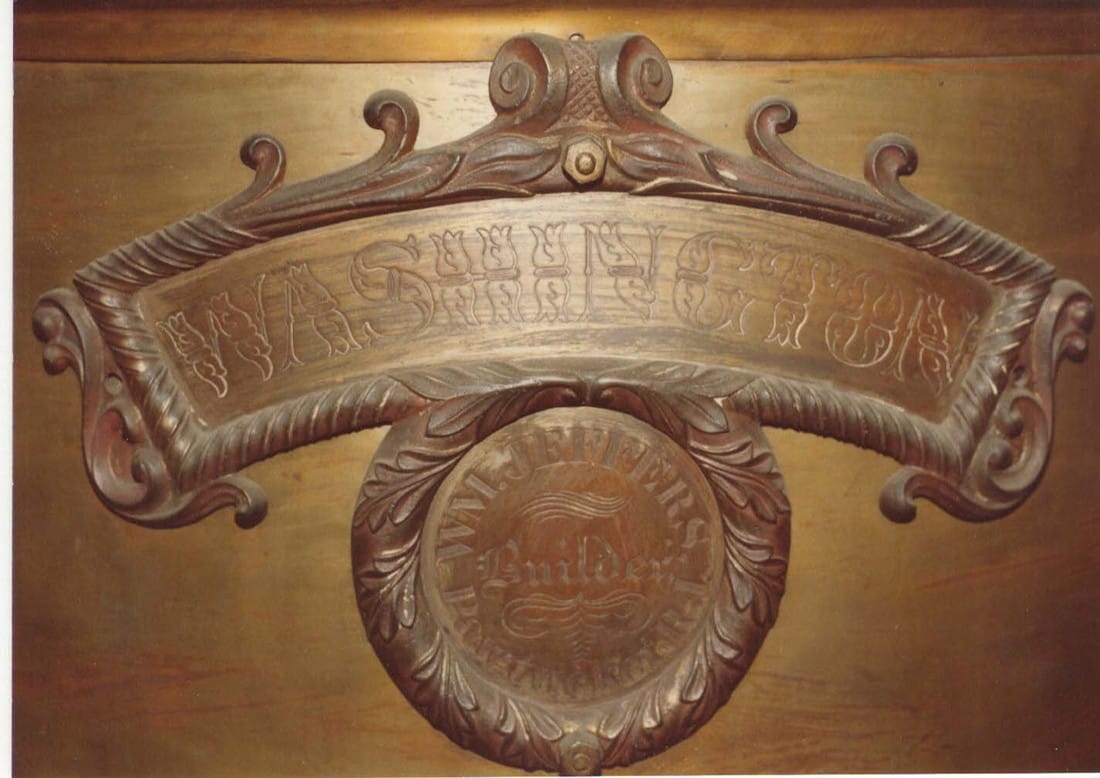 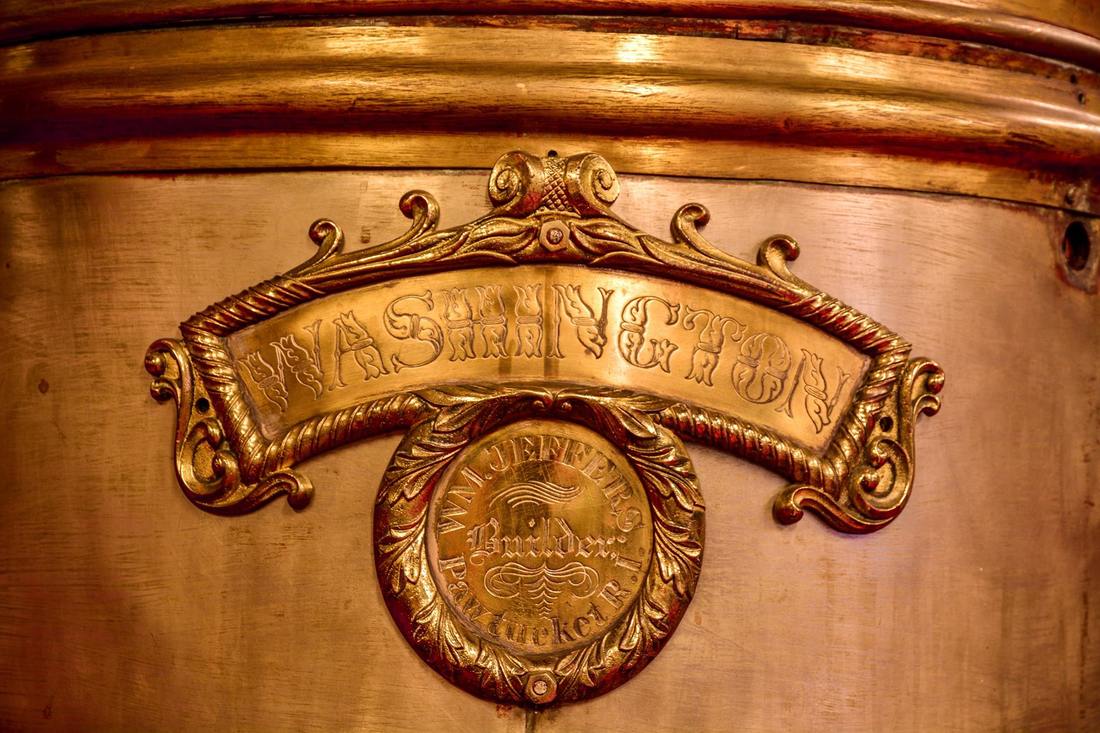 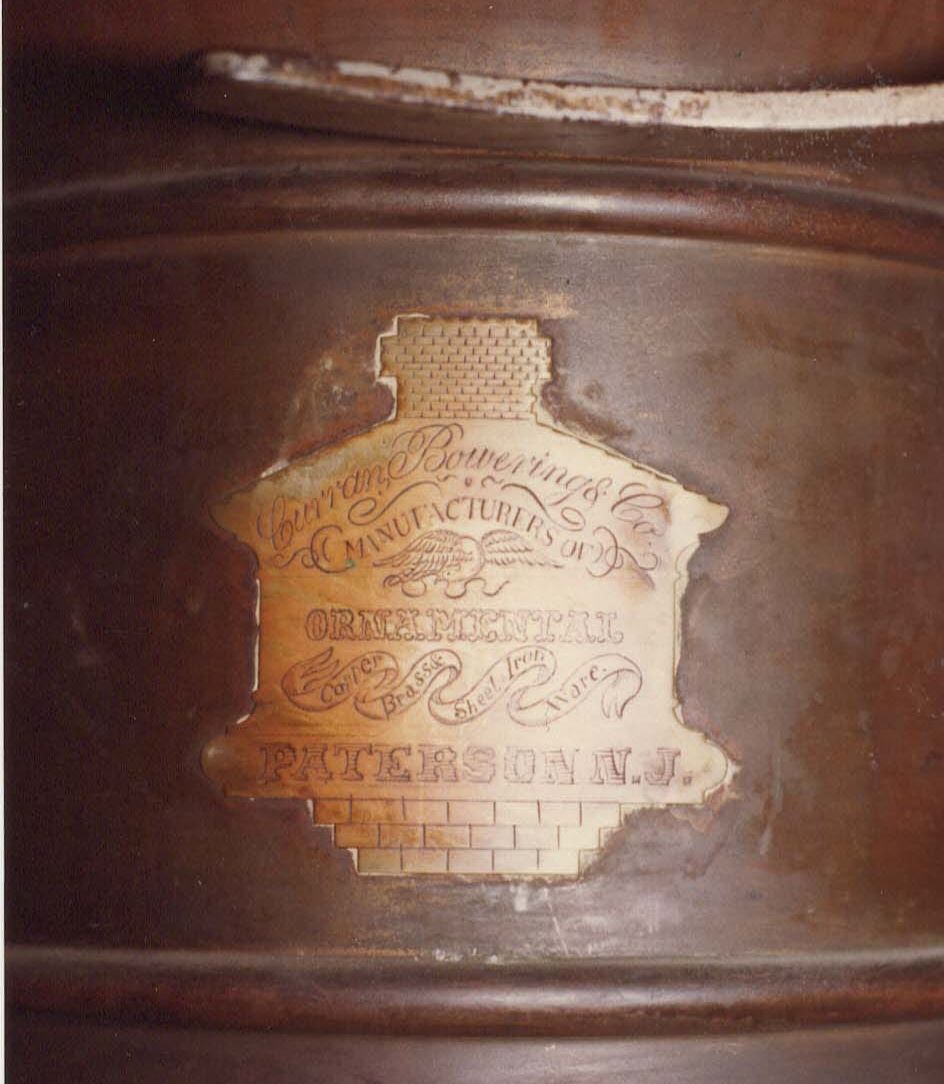 Curran Bowering & Company of Paterson Plaque on boiler -- Dayspring Photo
Paterson Museum Photos: the next photo is at the "Learn Not to Burn" Exhibit in 1983 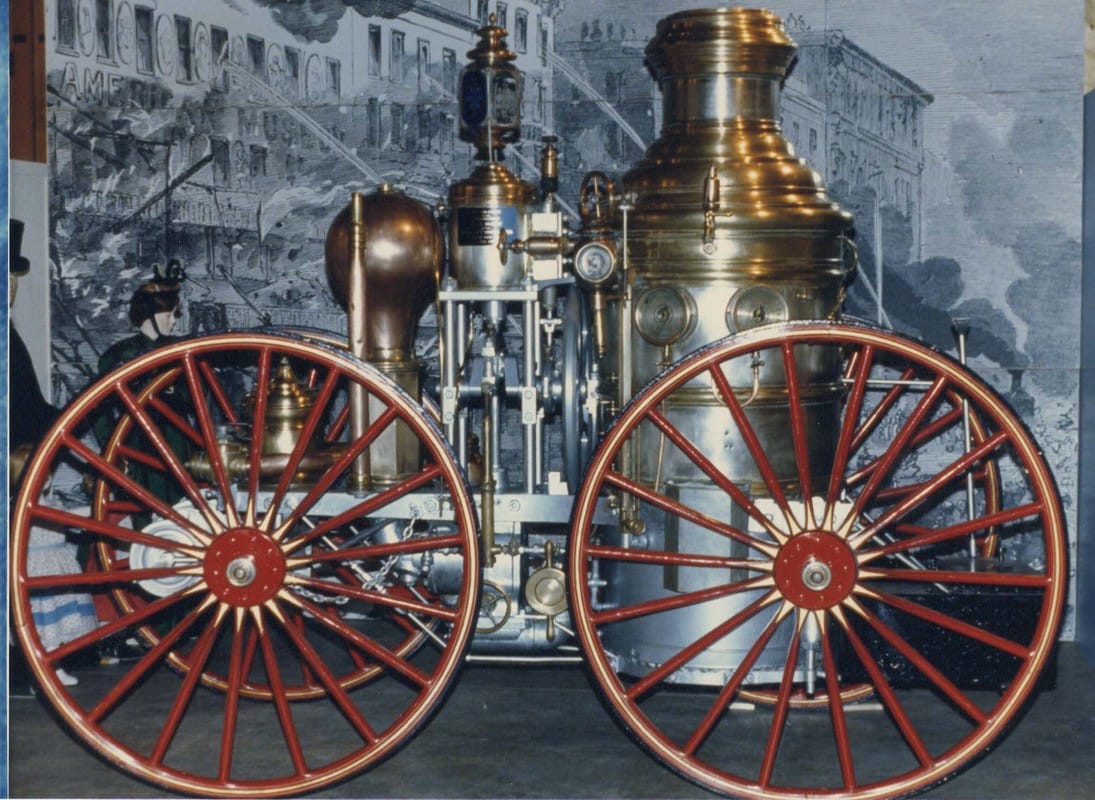 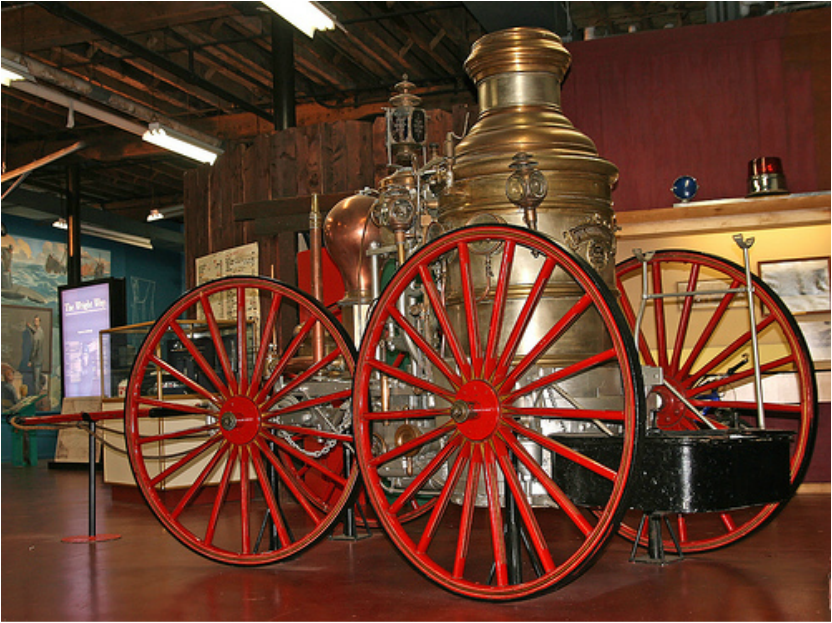 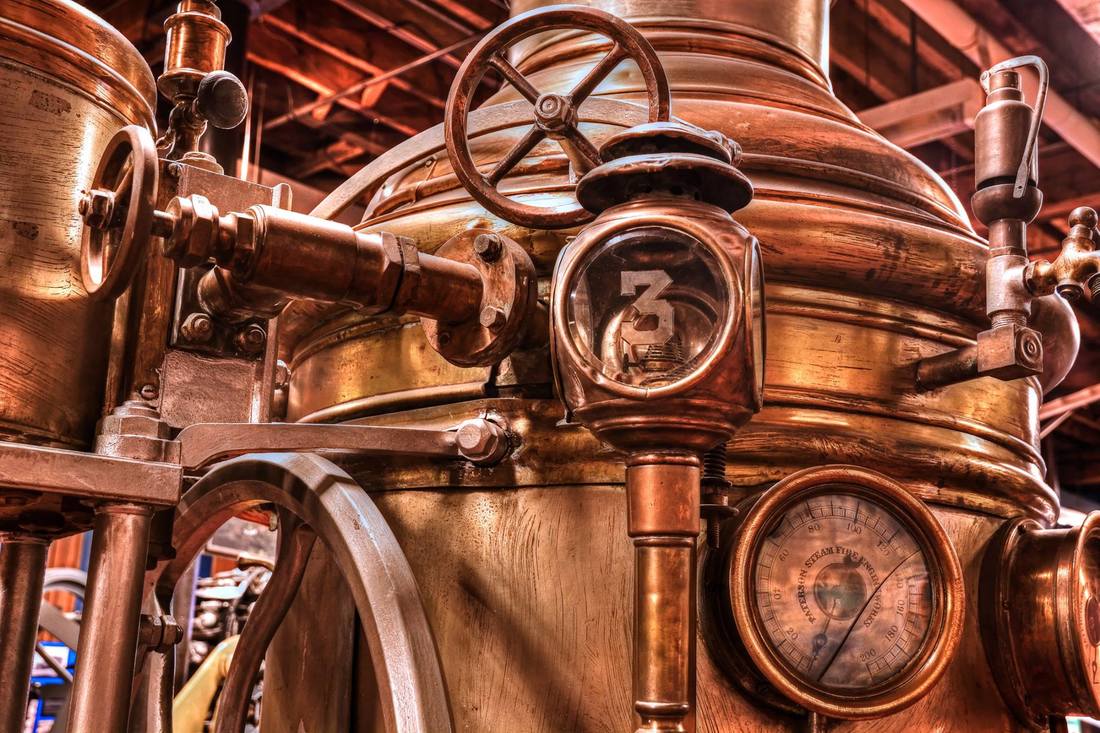 Vince Marchese photo
A supposition is that during a restoration this Washington 3 Engine Lamp did not fit on the 1863 Jeffers as it was likely was from their hose wagon or their later steamer of (an 1881 Amoskeag). A creative person came up with the “swing” hanger idea which could be anchored to the middle par of the steamer. There is a chance the lamp was original but somehow could not be reattached as it should have been and the restorers came up with the “swing.”
Below is a photo of one of the side engine lamps on its boiler. 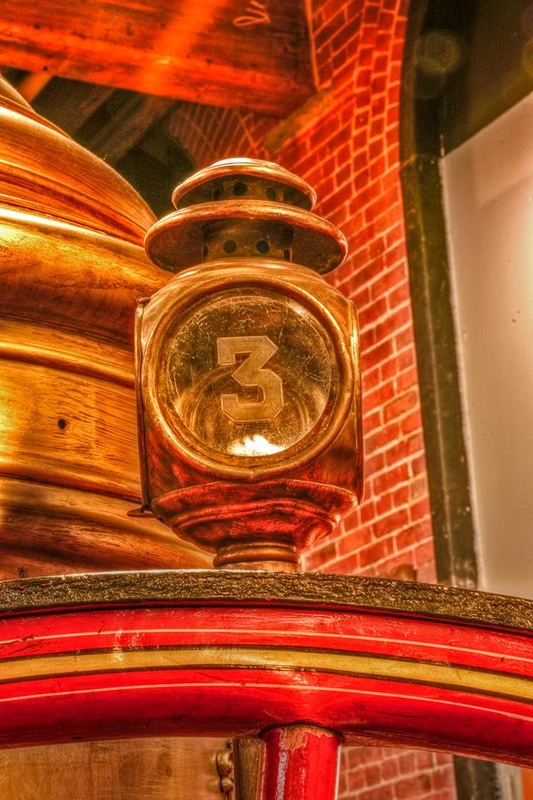 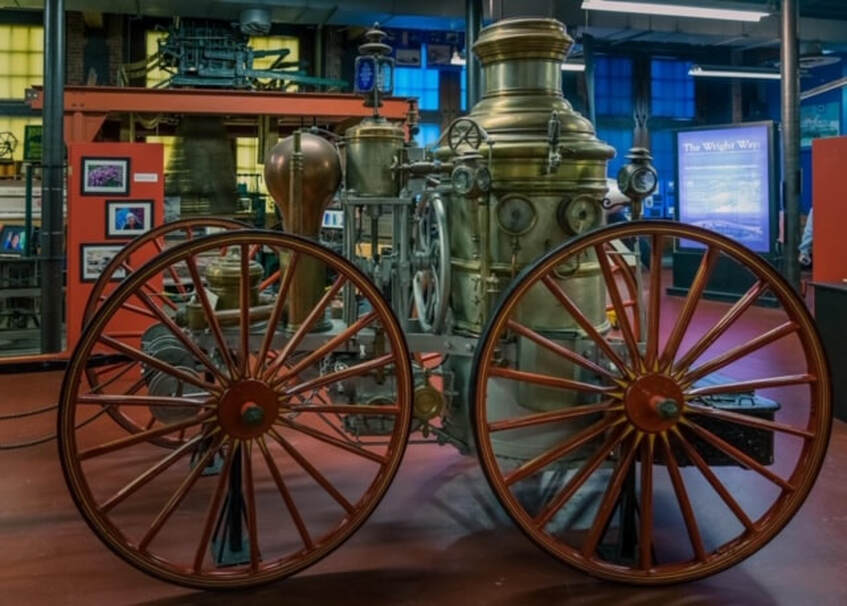 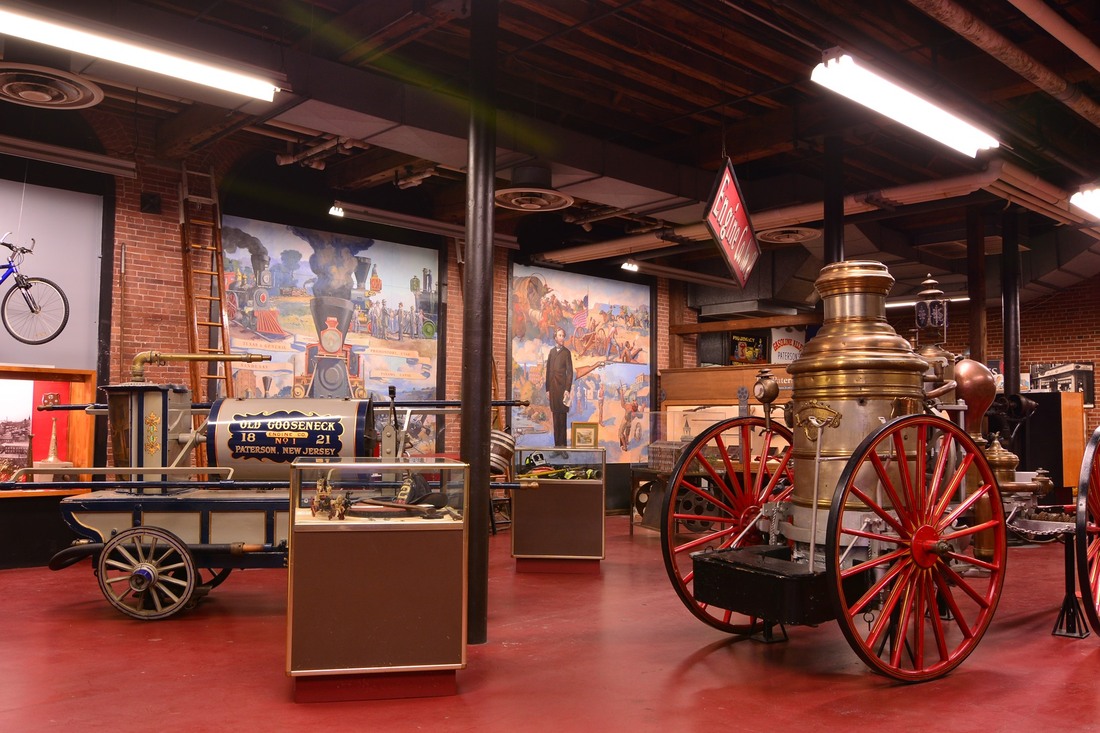 June 1869:  news clip attesting to the height of a stream the steamer could generate

February 22 Guardian courtesy Dennis Morrison
March 13, 1902: A month after the Great 1902 Fire Exempts plan a parade
July 31, 1902: As reported on April 1, Led by Captain John McKiernan (a former foreman of the company) Exempts take out the hand-pulled1863 Jeffers Steam apparatus of Washington 3 to a raceway for a demonstration. 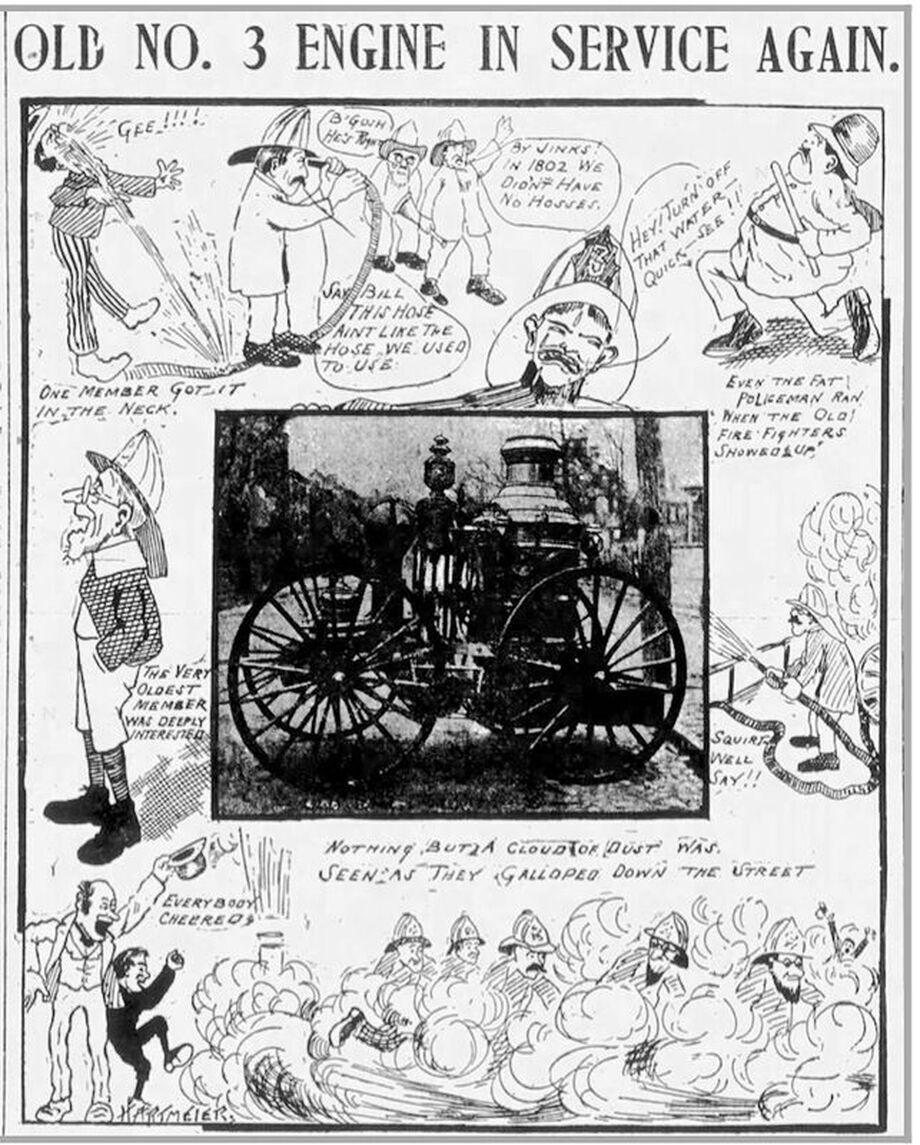