​The first break into the volunteer system was the disbanding of the three hose companies in 1888 and the formation of a new truck company known as Rapid Hook & Ladder No. 3, which was located in the rebuilt (after a fire) previous quarters of Cataract Hose No. 2 at Godwin Ave and Auburn Street.

Mr. Nathaniel Quackenbush and one other were the originators of the idea of having a truck company to succeed Cataract Hose Co., whose house and apparatus were burned on the night of November 9, 1888. Mr Quackenbush was elected secretary of that company (which was known as Rapid H. & L. Co. No. 3) when it was organized, and held that office until he was appointed a call man of Truck No. 3 when the department was changed to a paid system in March of 1890.
​​
November 1888:  Notices published in newspapers 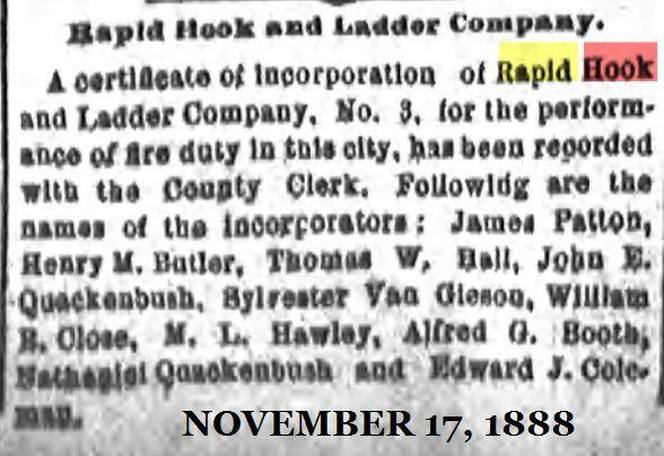 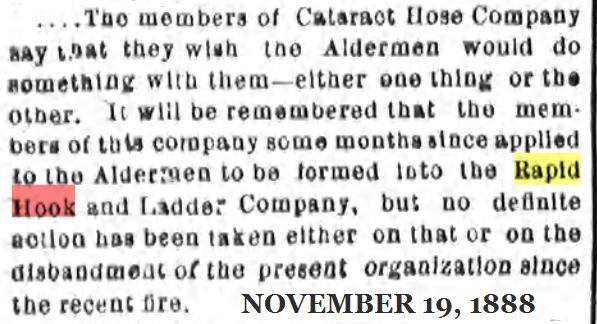 Courtesy Jim Eifler
April 23, 1889:  Fire Committee Meeting: In anticipation of a transfer, Hook and Ladder Truck of Eagle 1 was brought to Godwin Street Firehouse but it was too big to operate there. 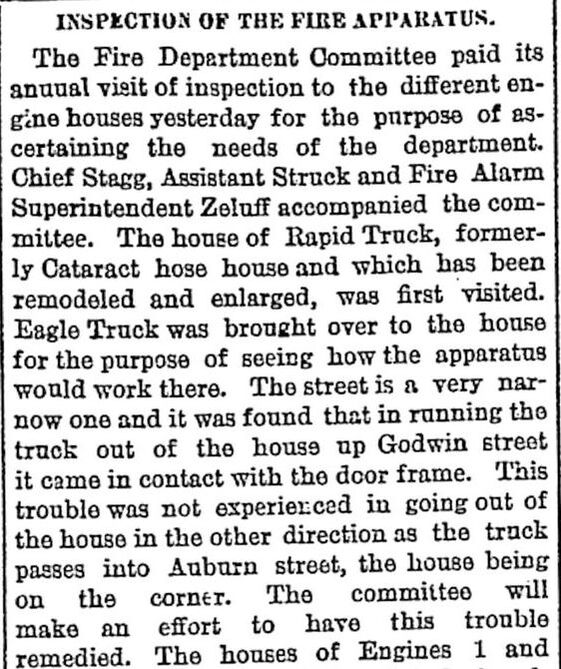 April 23 Paterson Daily Press
May 5, 1889: Rapid 3 FF request to be added to PFD rolls was granted 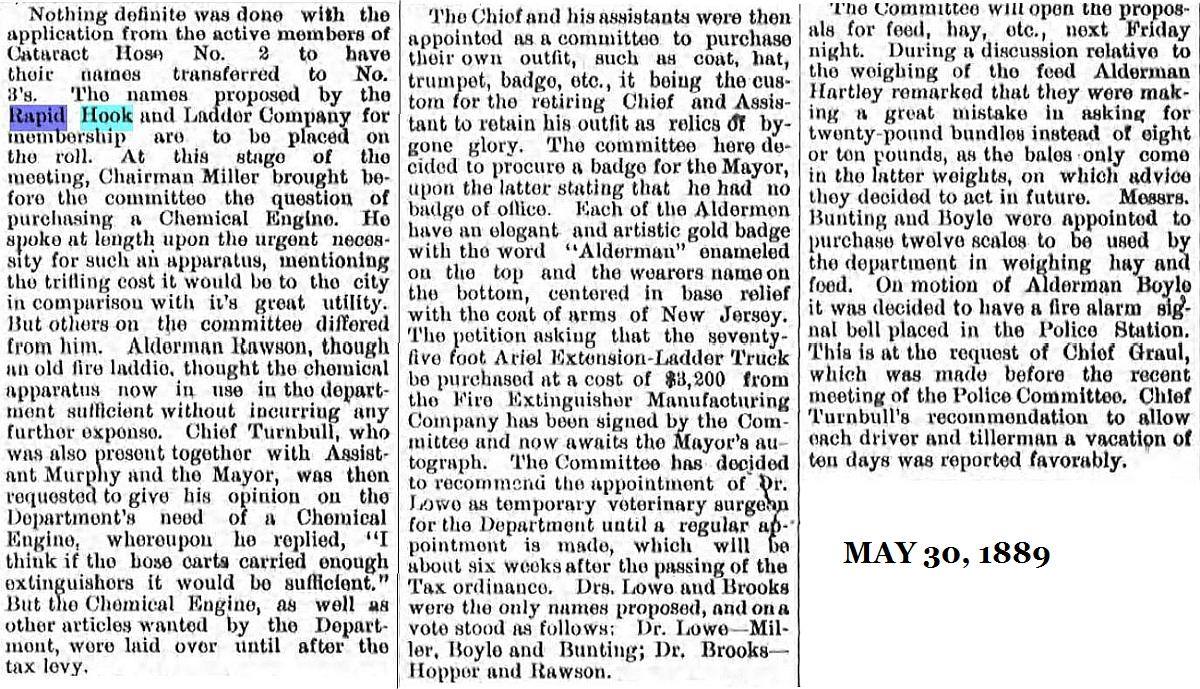 May 7, 1889: Rapid 3 sends in names of their incorporators to City Clerk

Courtesy Jim Eifler
July 25, 1889: Alderman meeting   Morning Call - Note mention of Rapid Hook and Ladder 3 which was allotted a budget for two horses, a set of double harnesses and other paraphernalia and two salaries 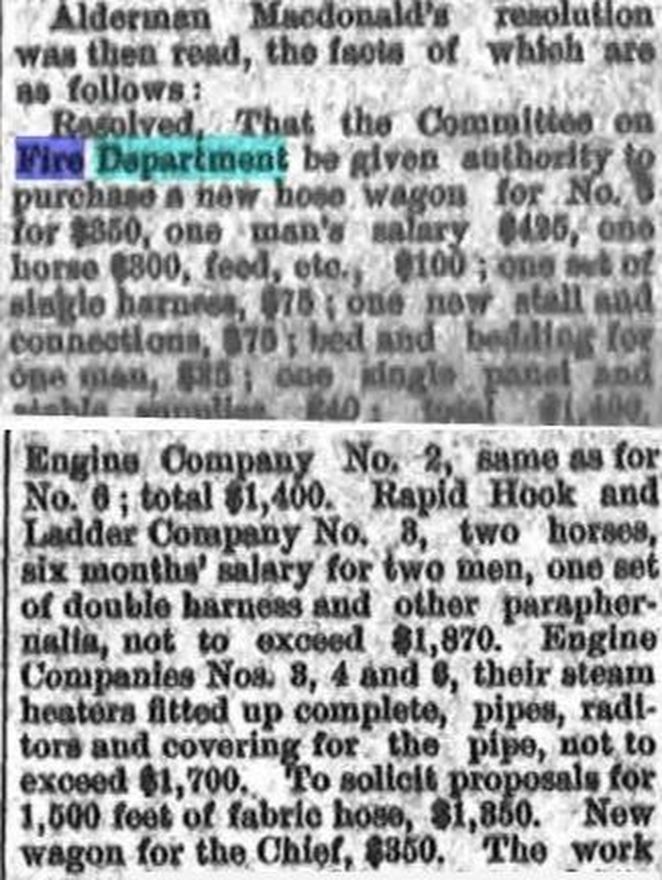 September 16, 1889: New Babcock aerial truck received and assembled at Godwin Avenue quarters of Rapid 3 and then transferred to become Truck 1 at the Jackson Street Firehouse. The old ladder Truck used by Eagle 1, was given to Rapid 3 (and quartered at Godwin Ave) 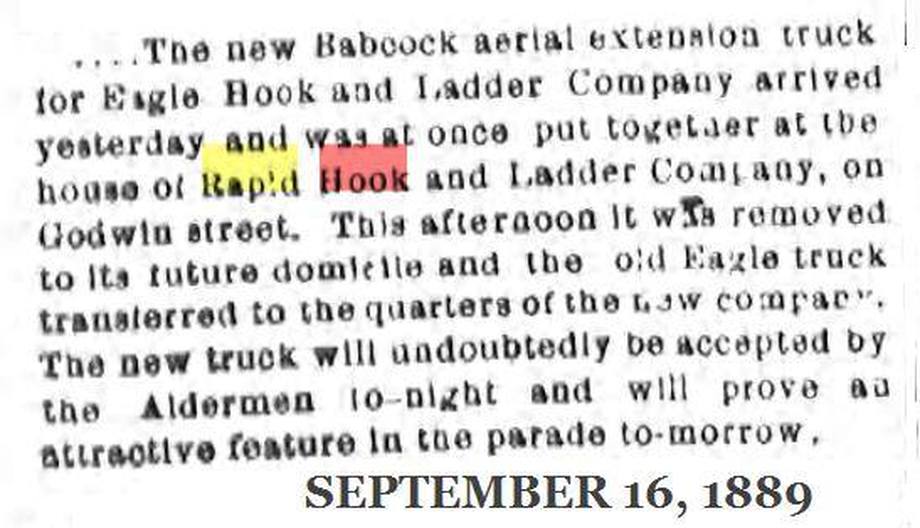 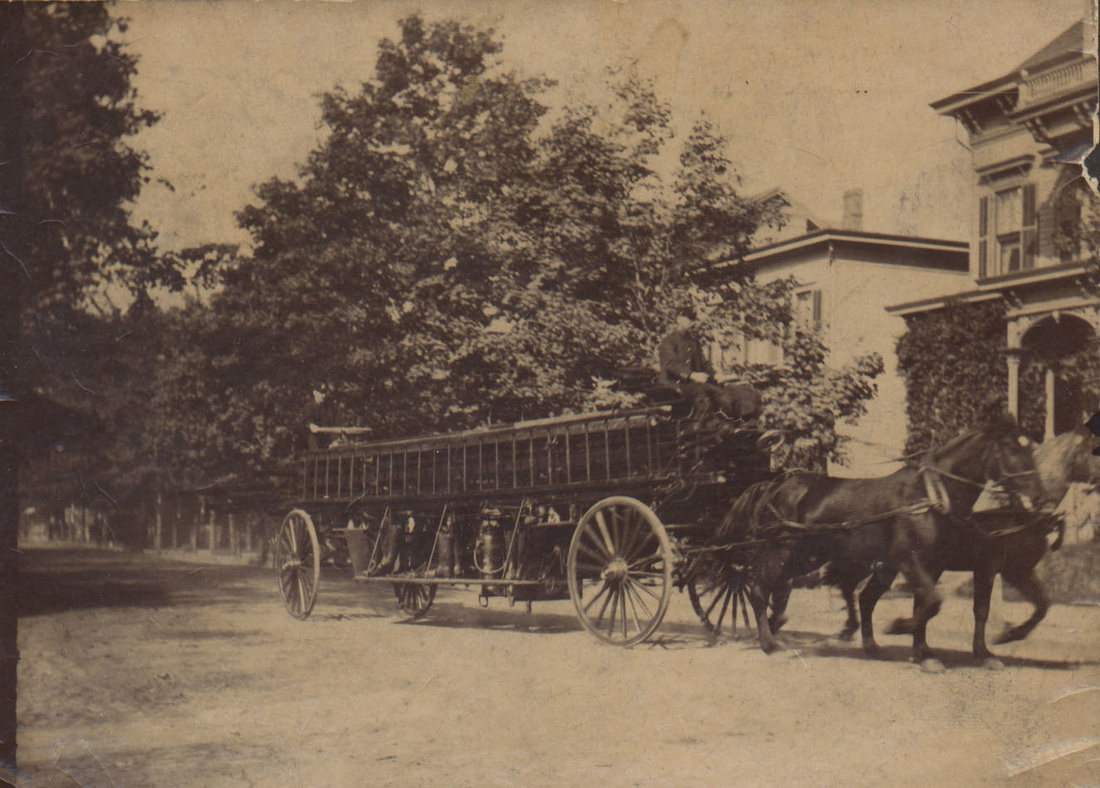 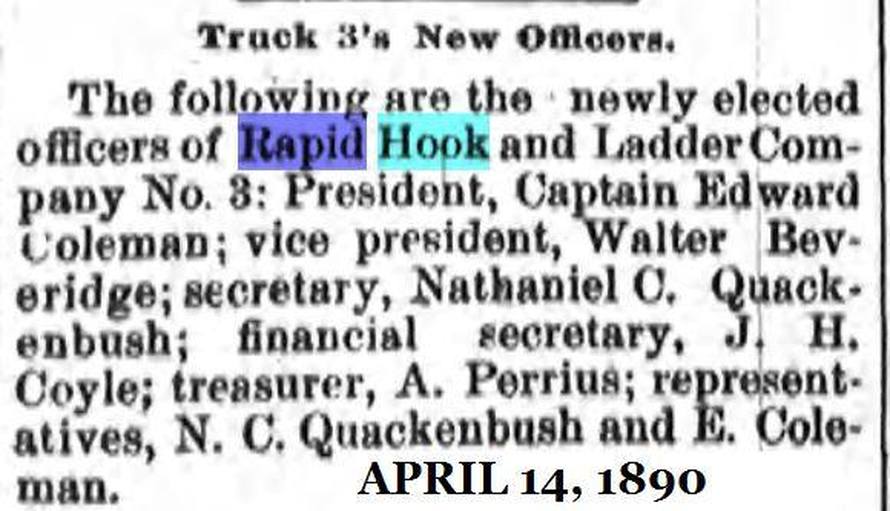