May 21 Morning Call courtesy Dennis Morrison
PFD gets two new Mack hose wagons for E1 and E5 (at Central Fire Headquarters) - article says trucks, so likely other Paterson departments got the other two, 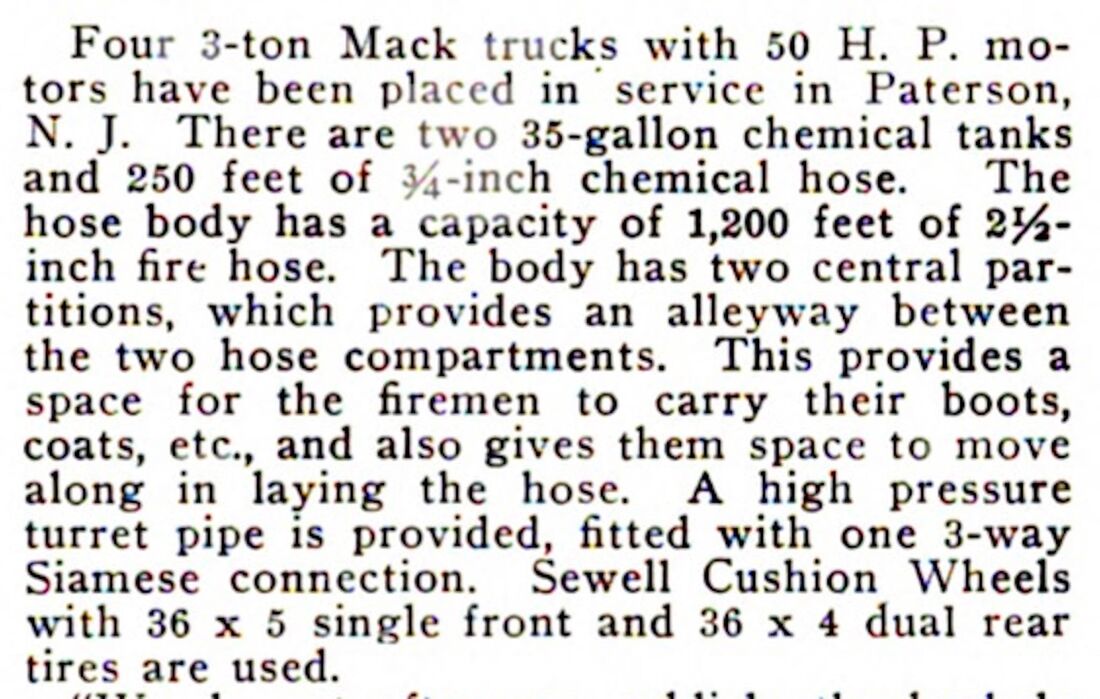 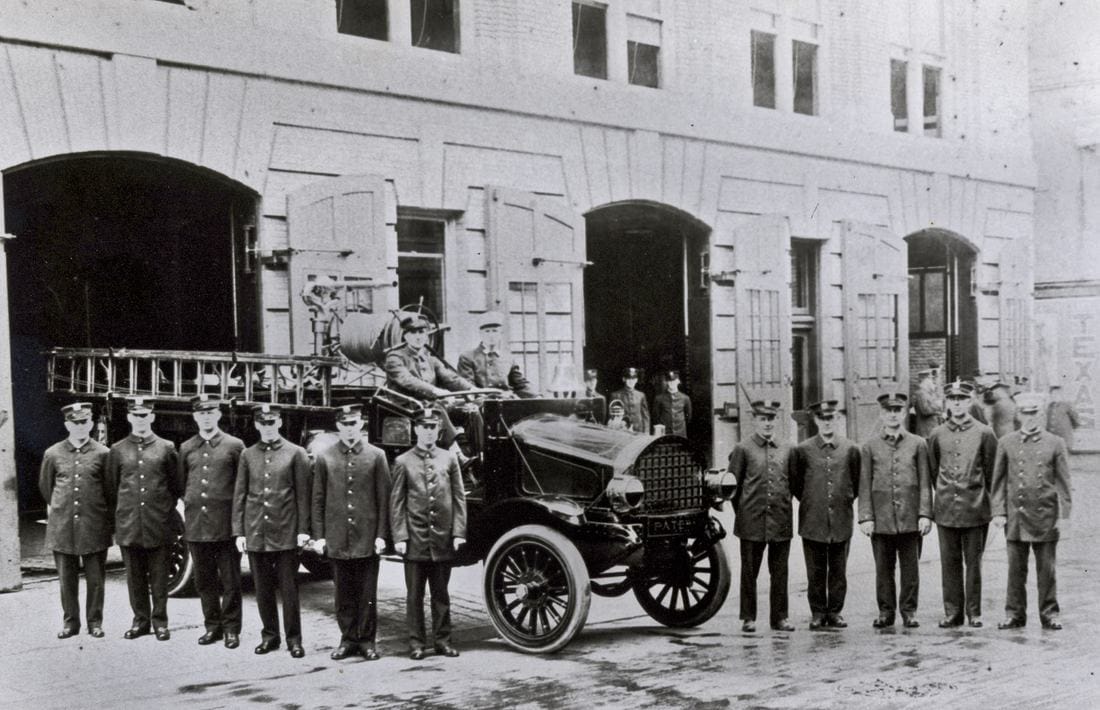 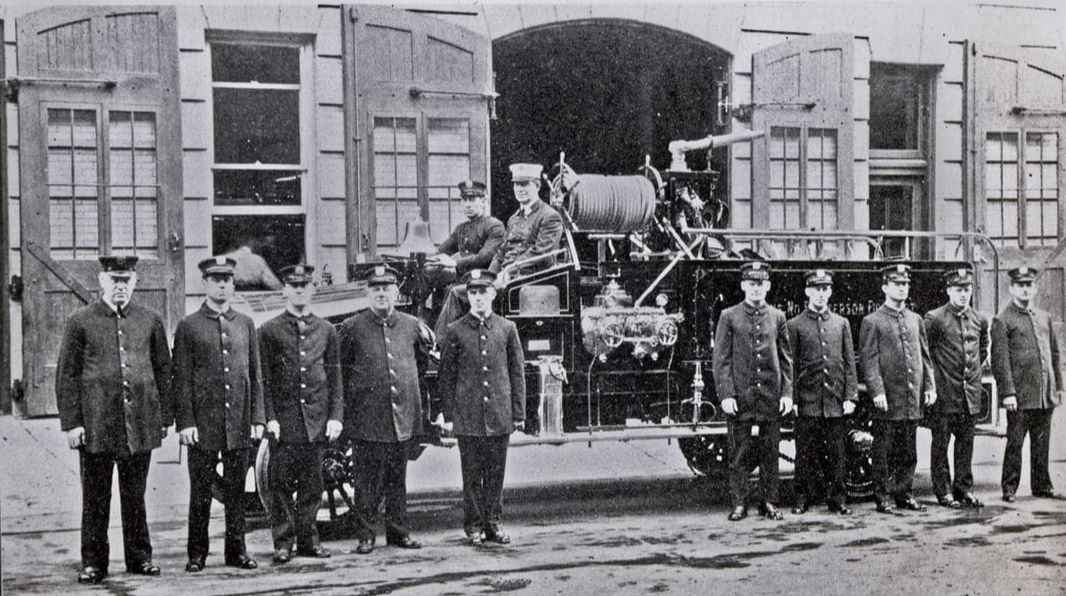 The last Pre-World War II fire apparatus purchased by Paterson were an Ahrens Fox pumper (for Engine 10) in 1931 and aerial (for Truck 3) in 1932. Because of budegtary resrtictions during the depression and then material shortages and restriction during World War II, the Paterson Fire Department was denied permission to purchase new apparatus until the war ended.​
​
October 4, 1948
Two new Mack pumpers arrived in Paterson in 1948. They are shown being received outside of Fire Headquarters at 115 Van Houten Street. Engine Company 5 is in background and Engine Company 12 is at right.  The legend to the Paterson Evening News clip states: "Two new fire engines of the most modern design are inspected after delivery at headquarters of the city fire department on Van Houten Street. Standing before the apparatus are Chief James Troy, Commissioner John Kent of the Fire and Police Commission. Deputy Chief Hobart Strathearn and Assistant Master Mechanic John J. Carroll. The drivers on the vehicles are fireman George Findlow and William Comer."​ 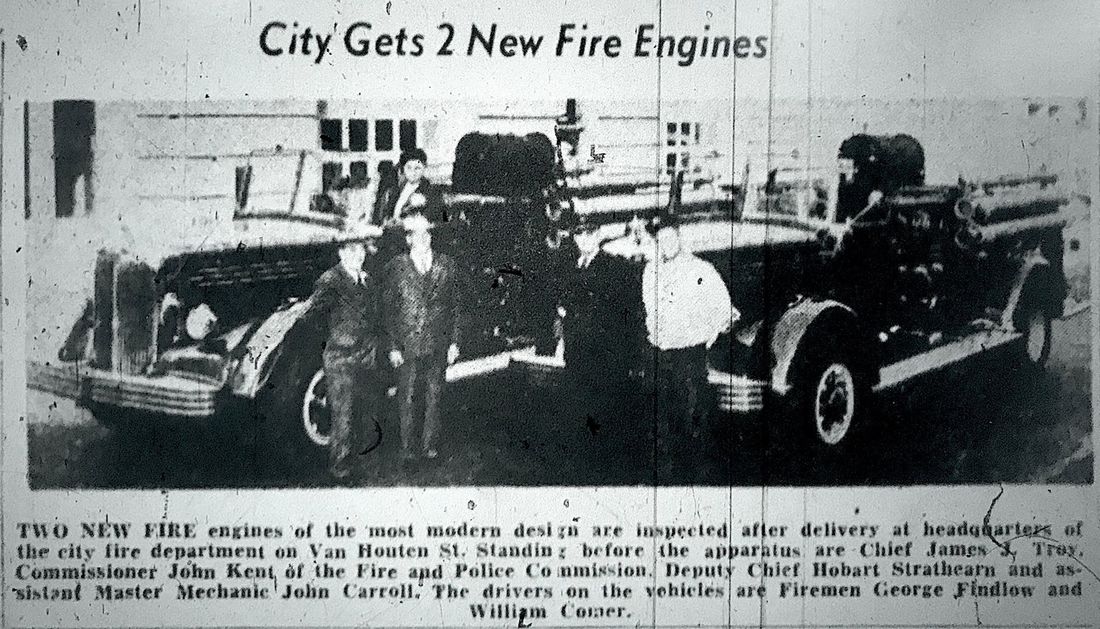 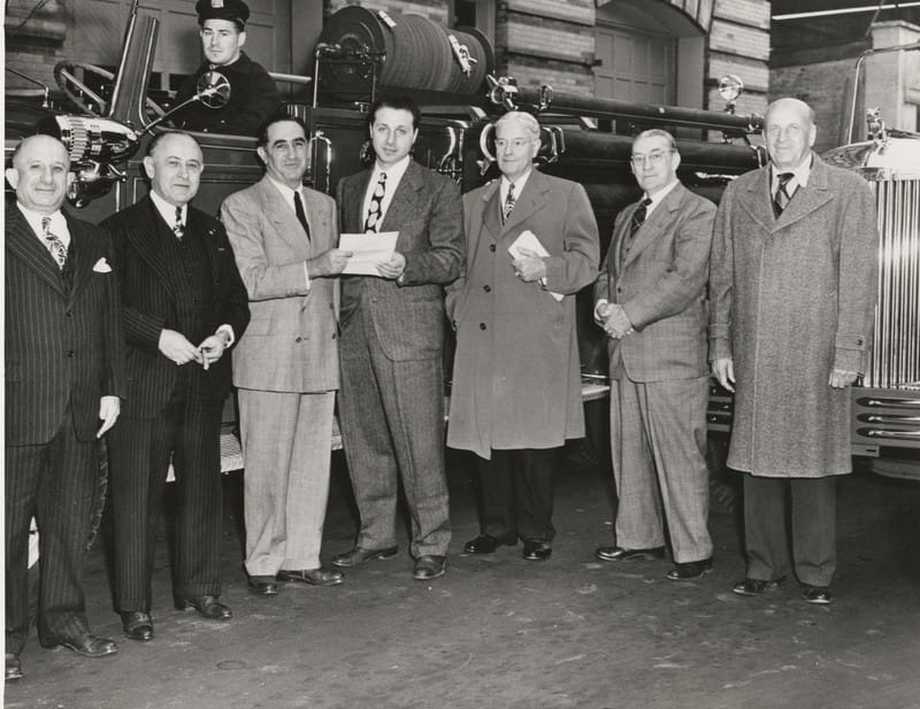 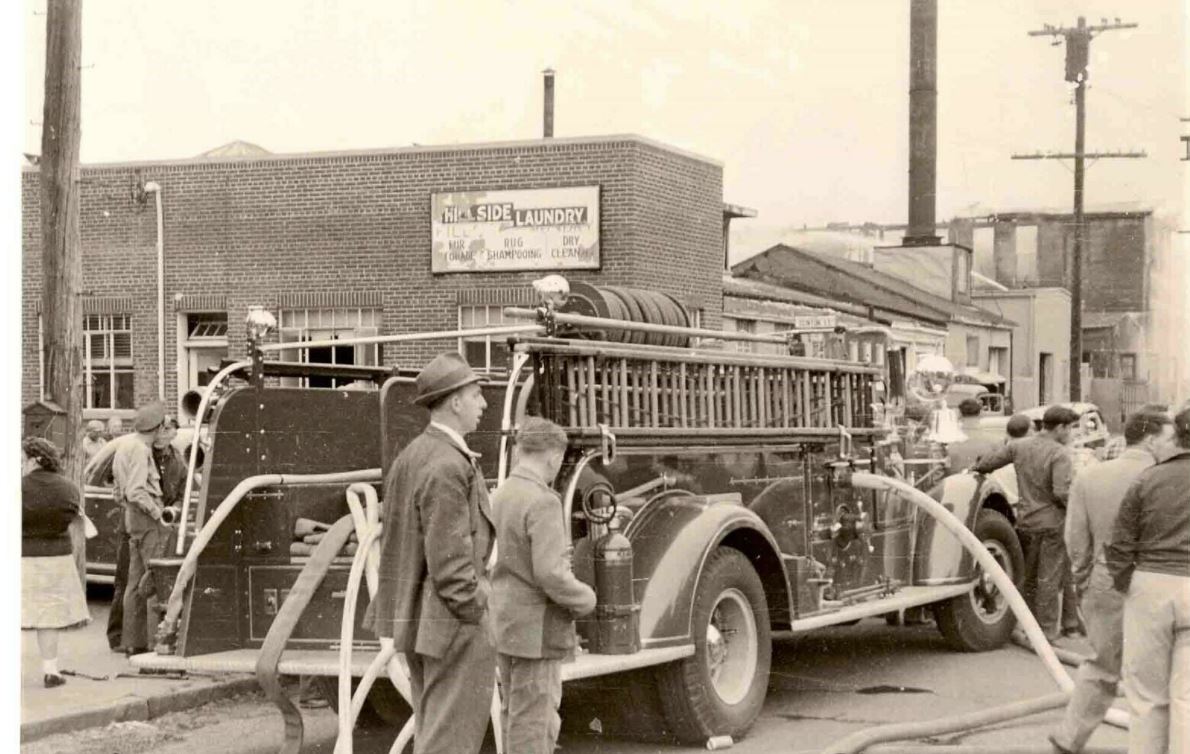 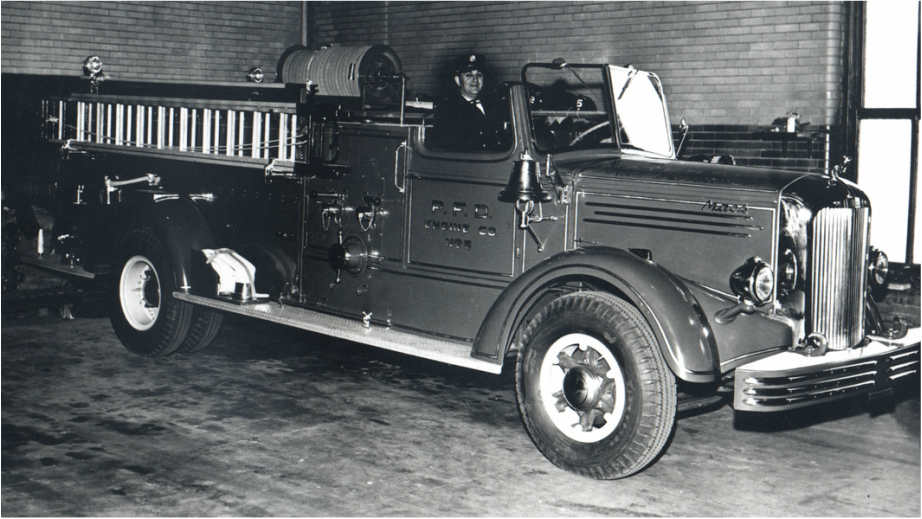 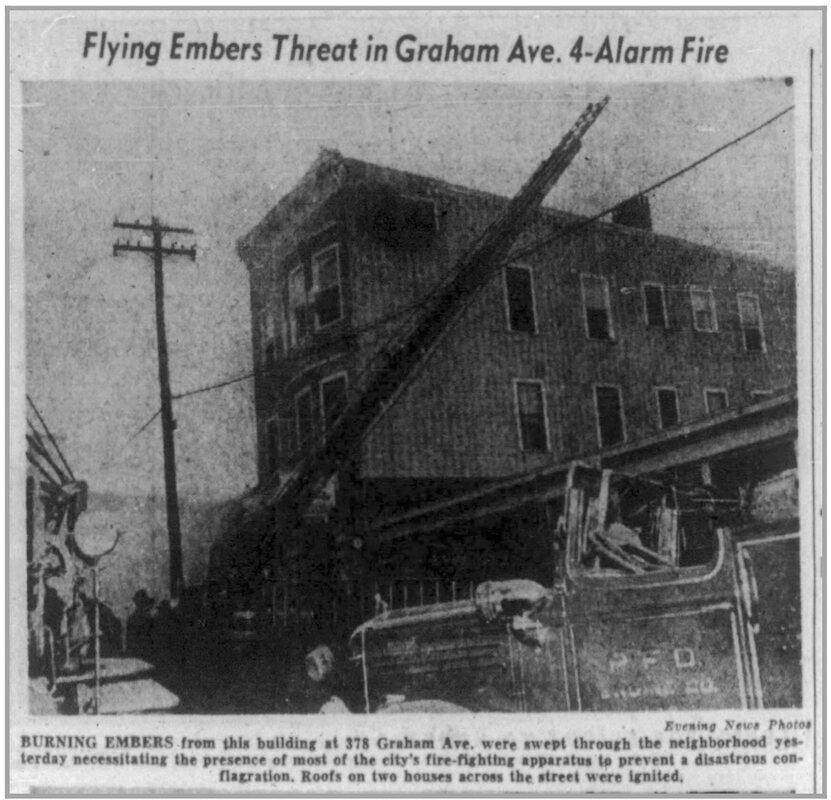 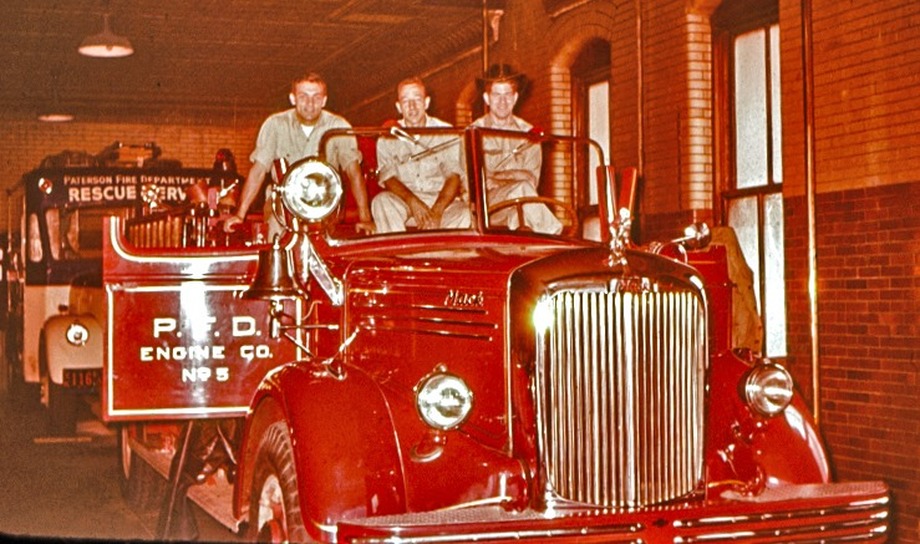 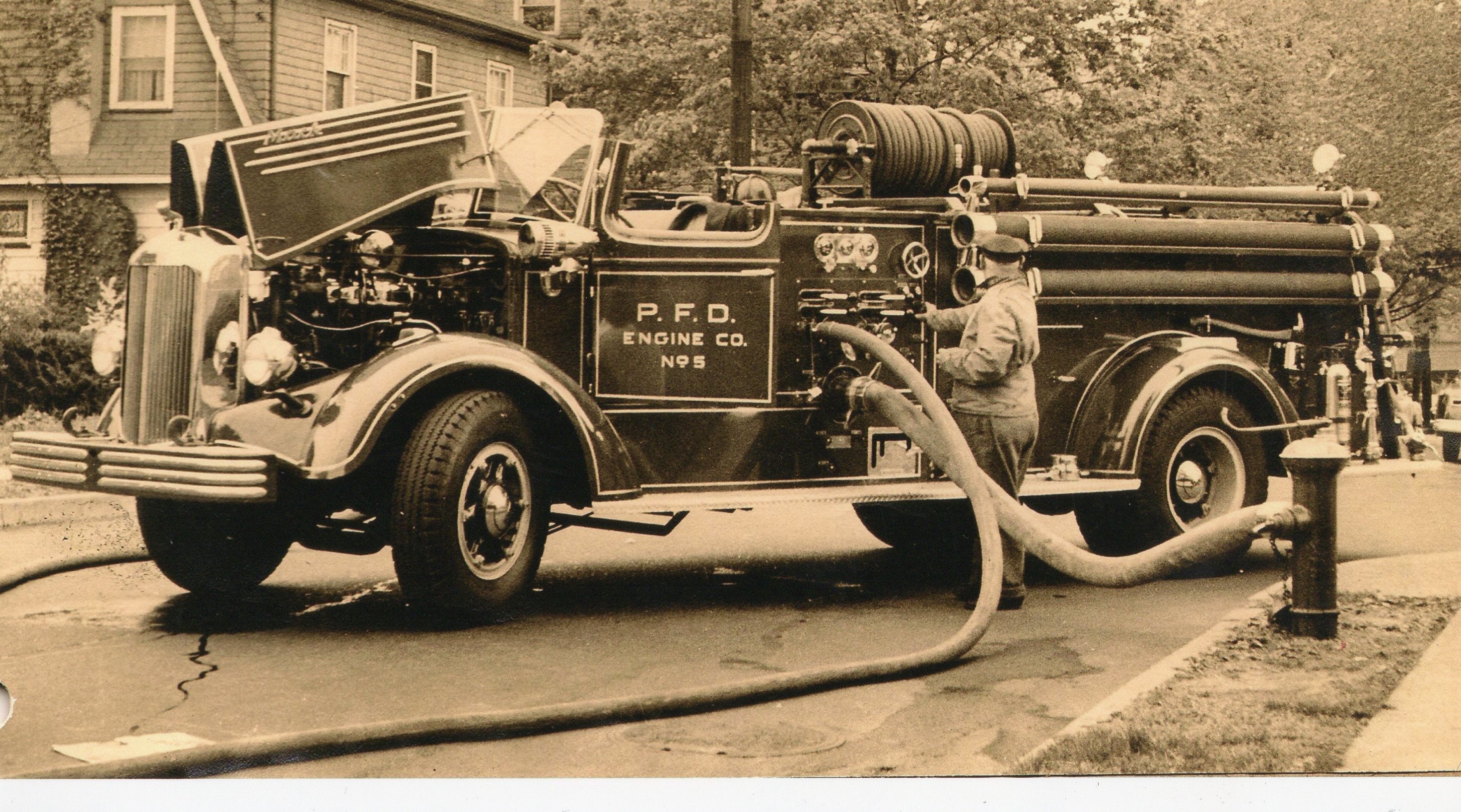 E5 Mack in photo below at unknown fire scene. To the extreme left is a glimpse of the rear of the other 1948 Mack pumper - Depending on date of photo that could be E12 or E1. 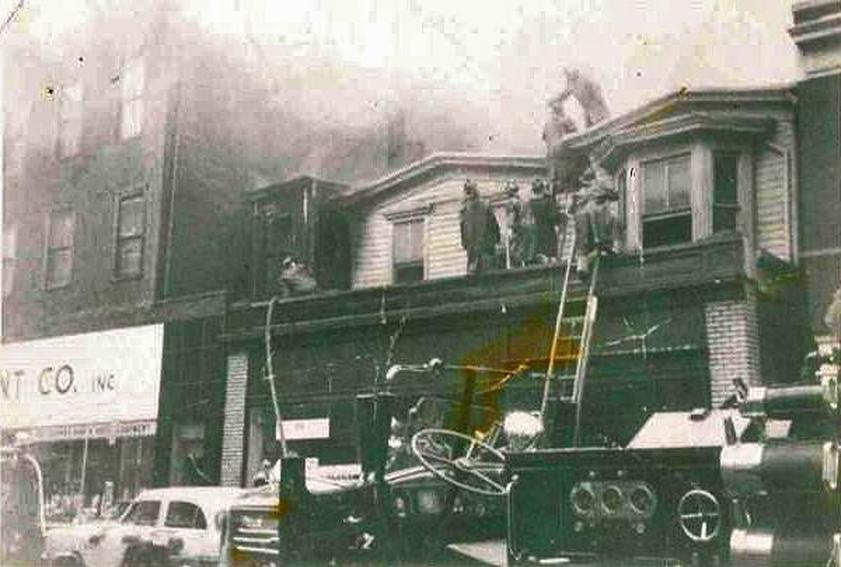 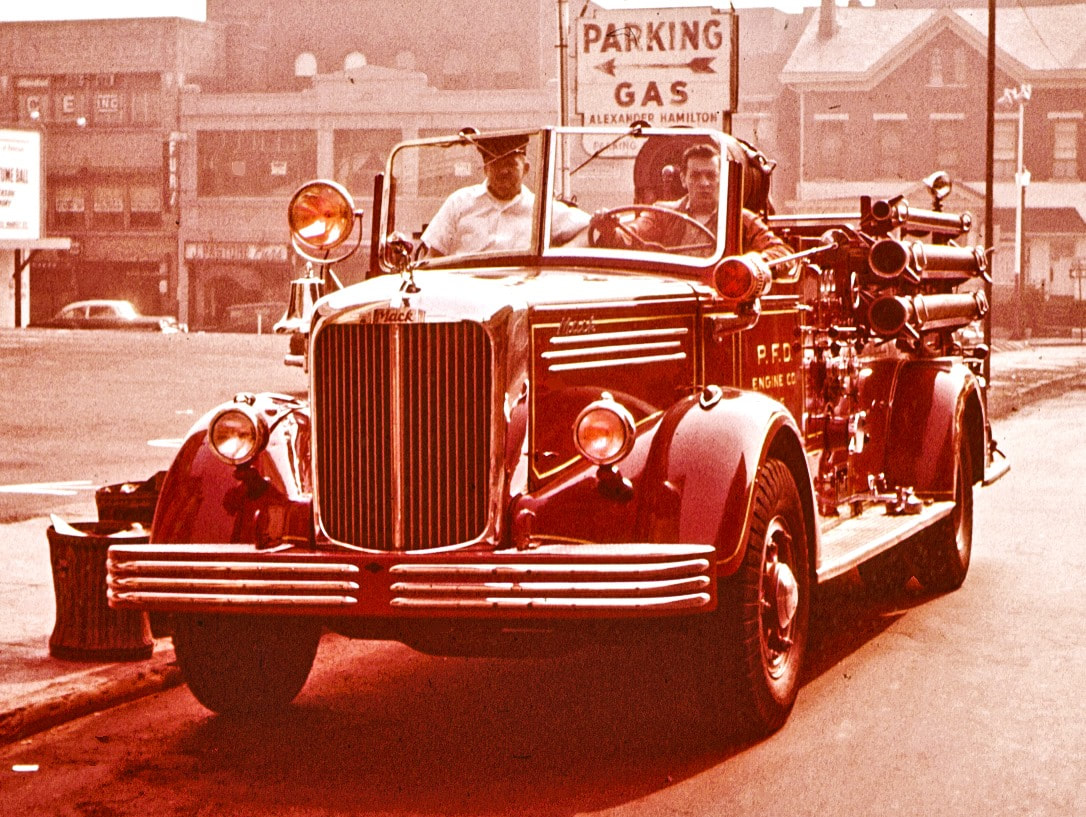 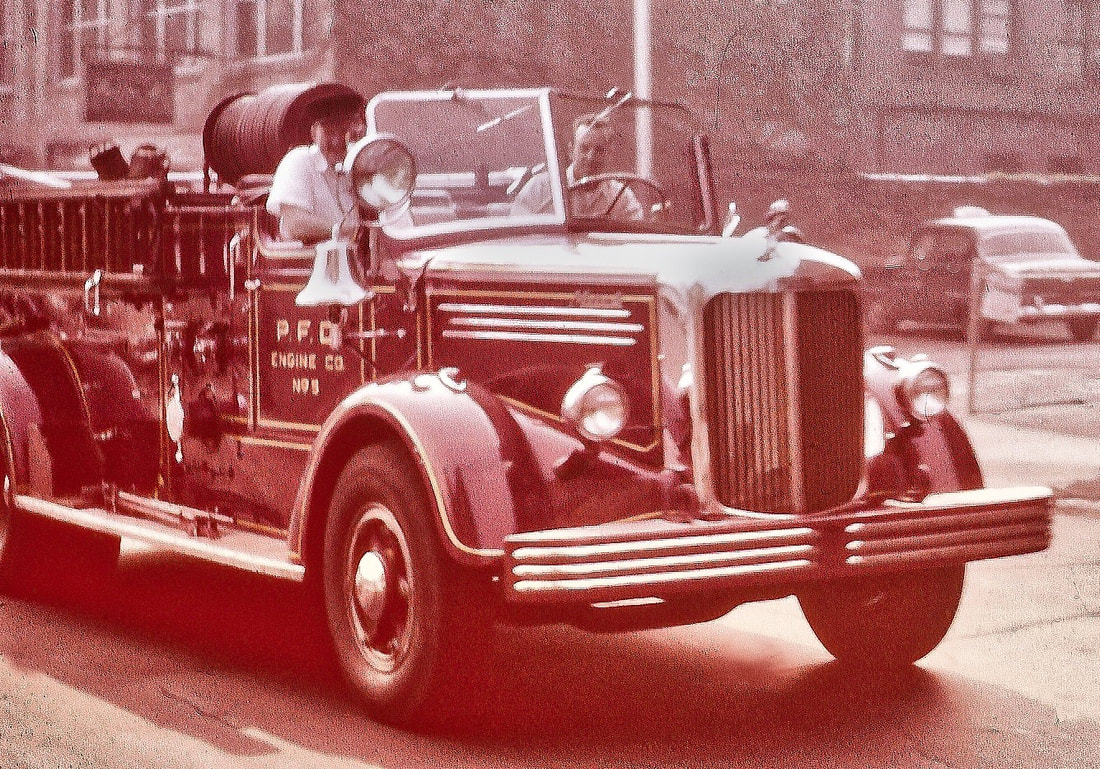 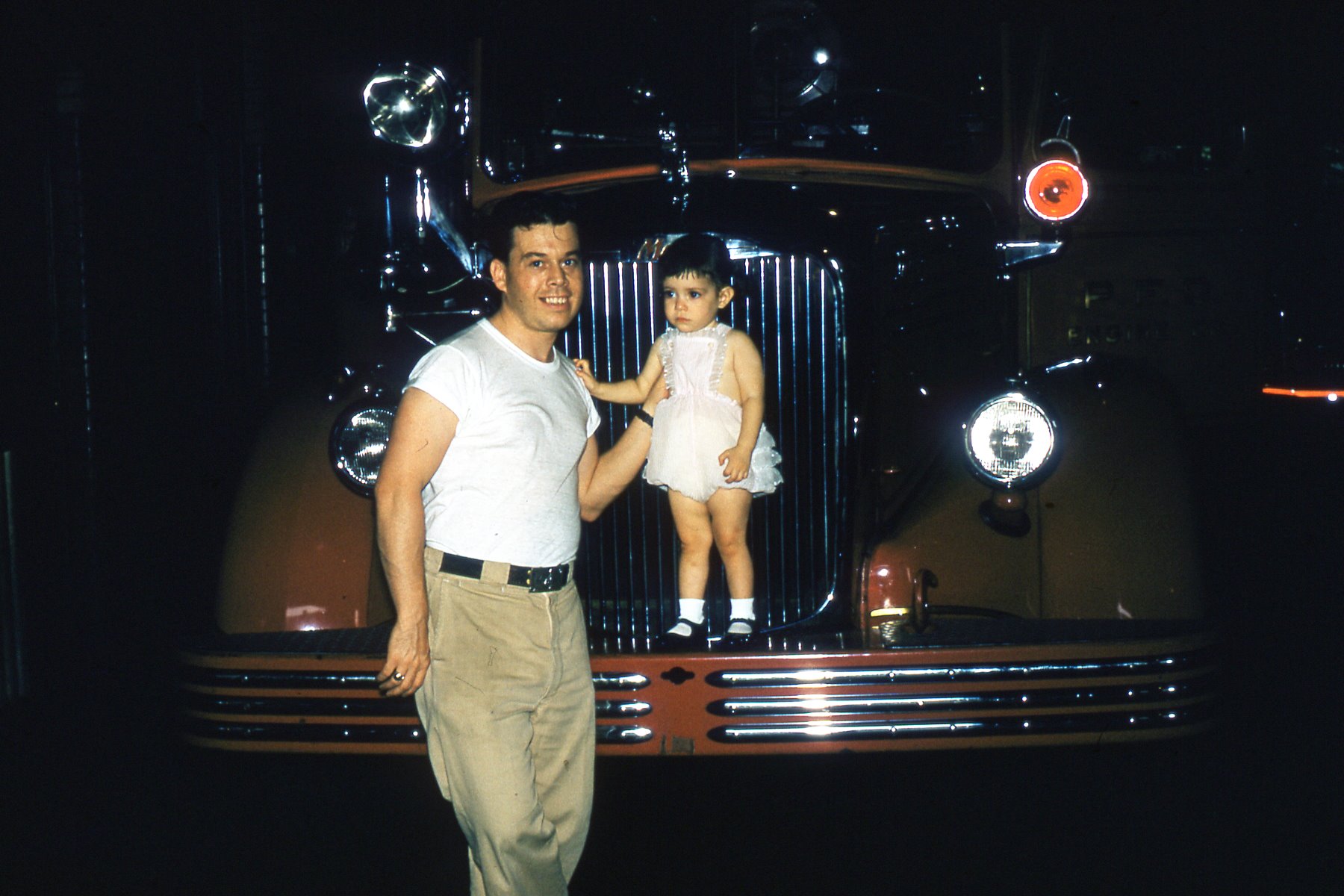 Here it is pictured in its bay at 115 Van Houten Street: FF Don Salmanowitz (appointed 1954) with daughter 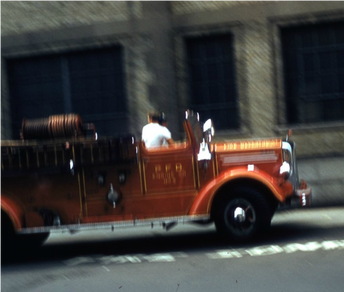 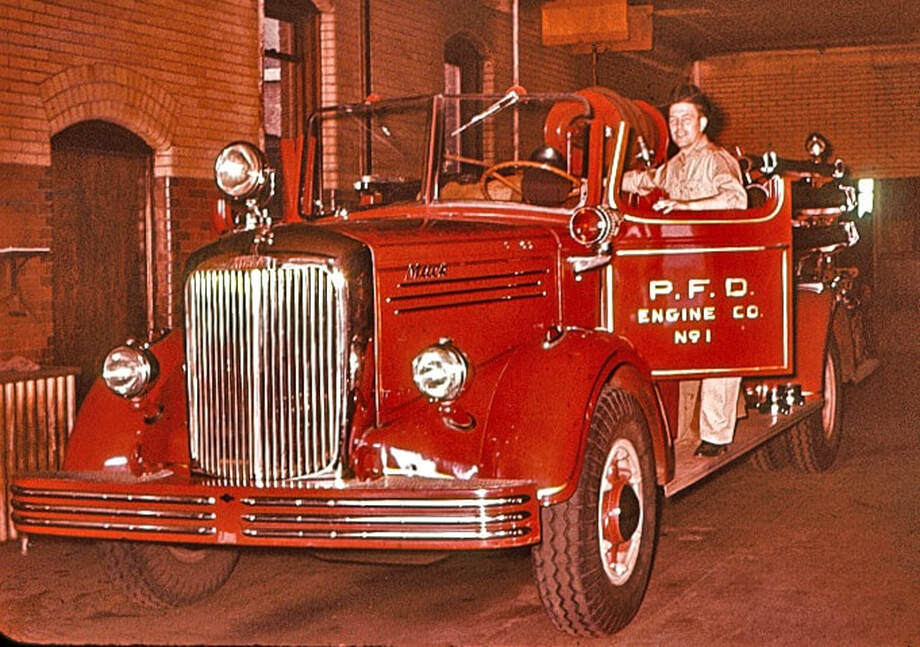 Engine 1 (former Engine 12 in bay at headquarters - FF Joe Leonard
Engine Company 7
Note addition of windshield flashing lights to the pumper and also plywood riot roofs added which were added to all PFD apparatus in 1968. 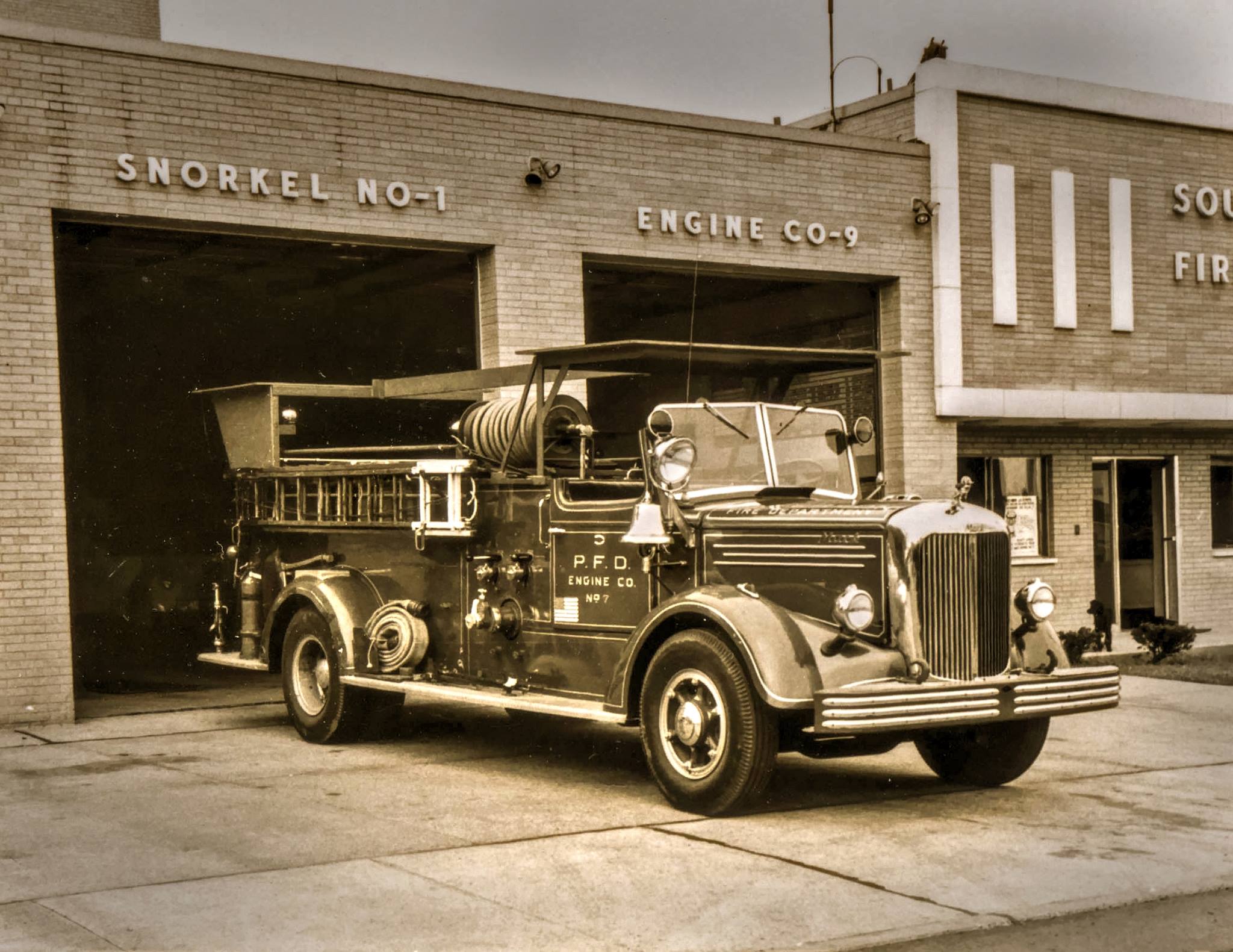 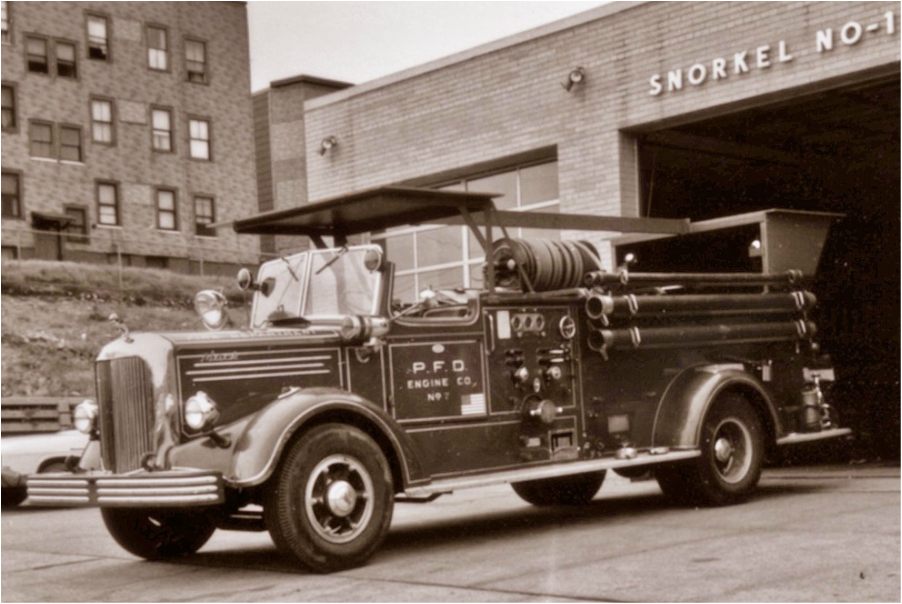 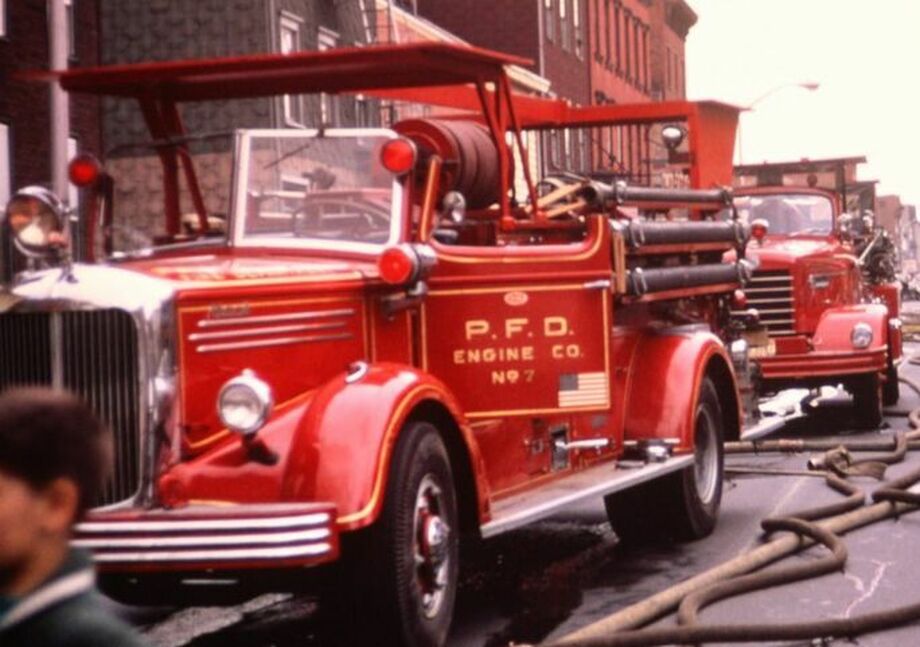 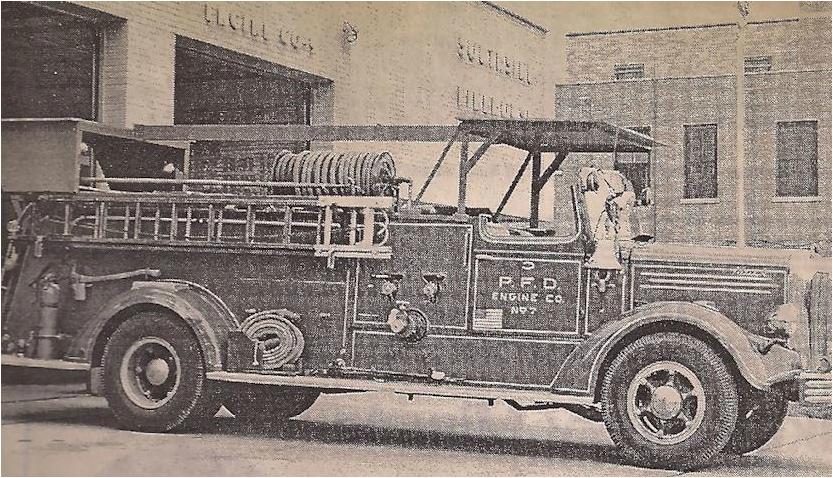 ​In 1962, Engine 13 (with the Mack Pumper) relocated to the Lakeview Firehouse on Trenton Avenue. Shown below in its bay in a 1968 Ball Book photo before riot roof installed in 1968. Parked to the rear is Paterson's other 1948 Mack (Engine 7). 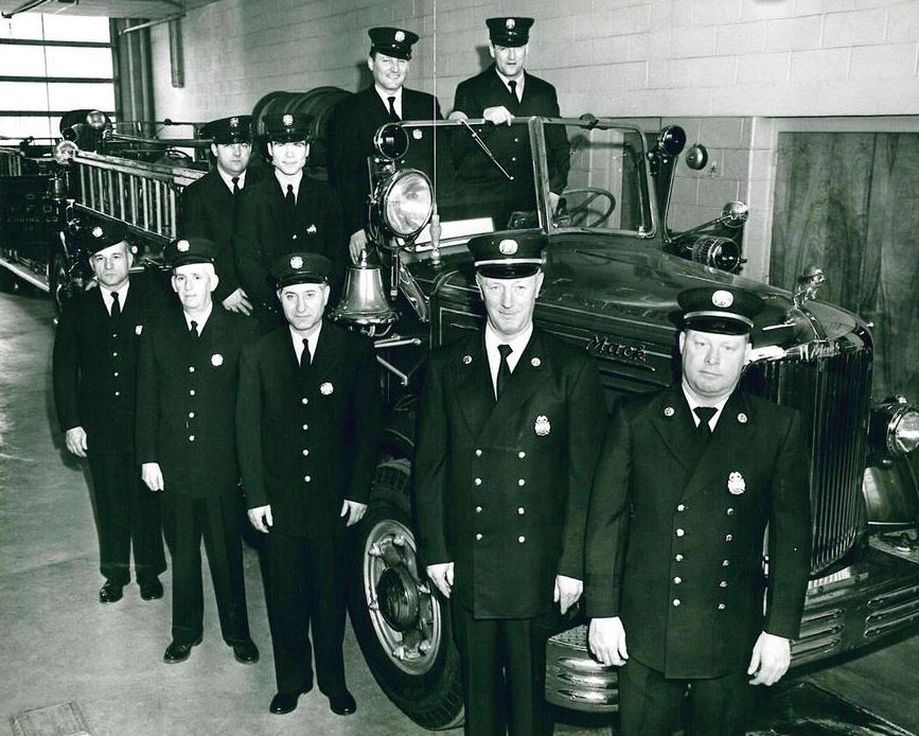 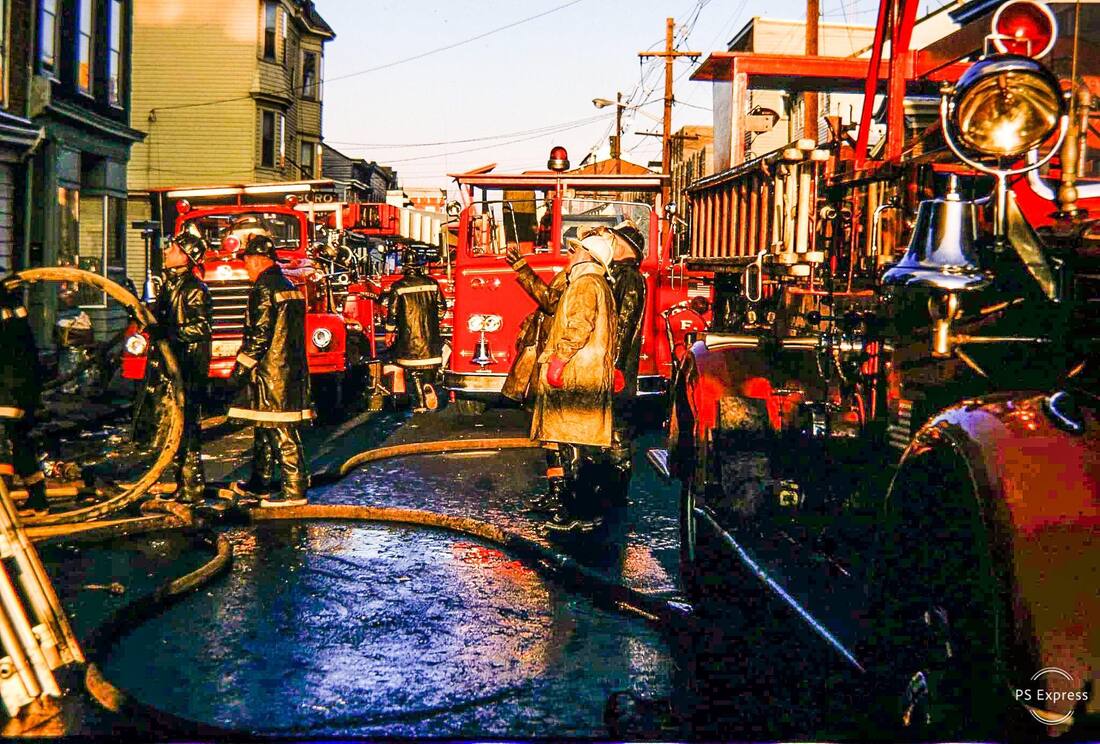 Chief Kane and his Aide Jhn Rankin in center. Engine 1, Truck 2 and at right front one of the 1948 Macks 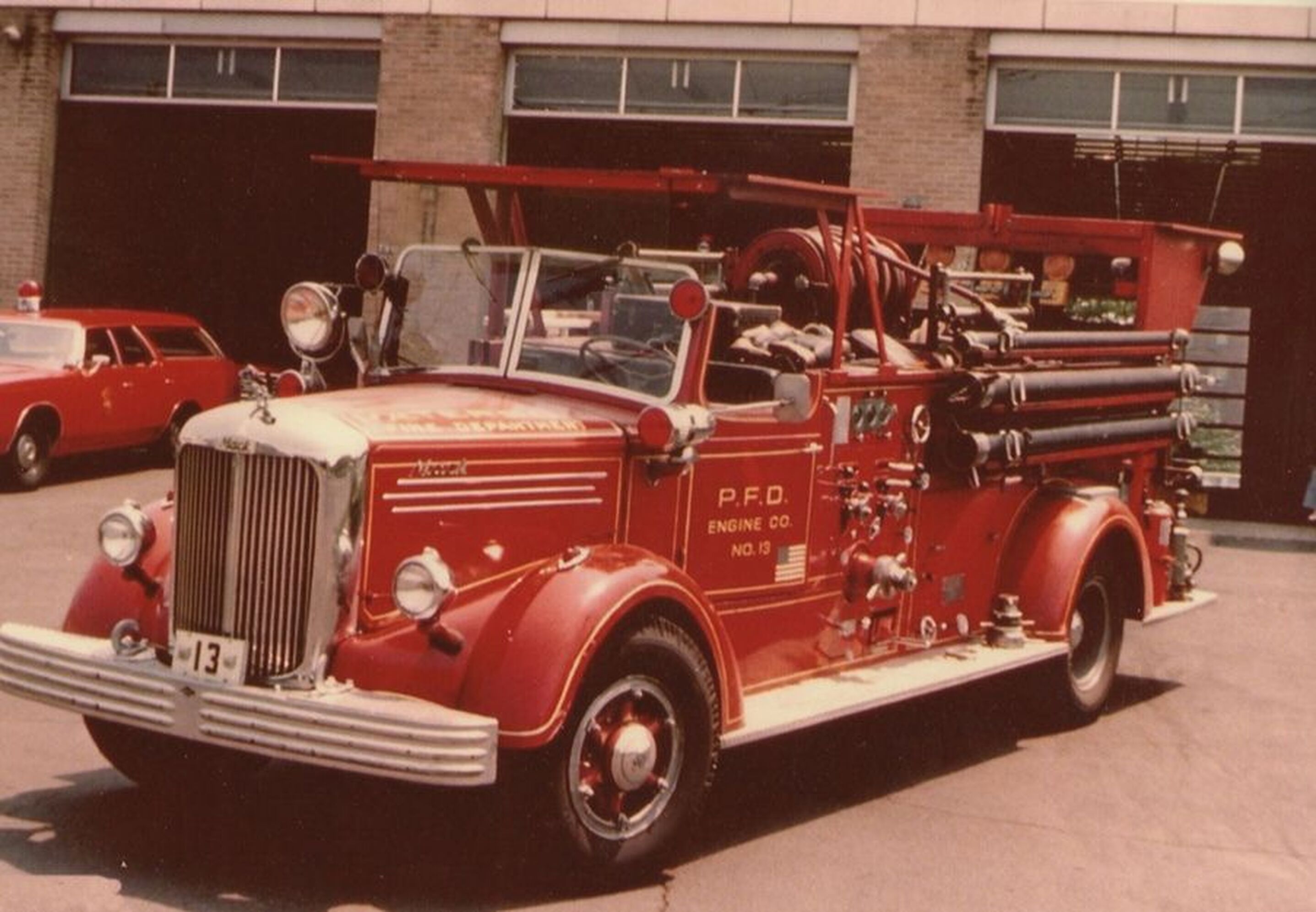 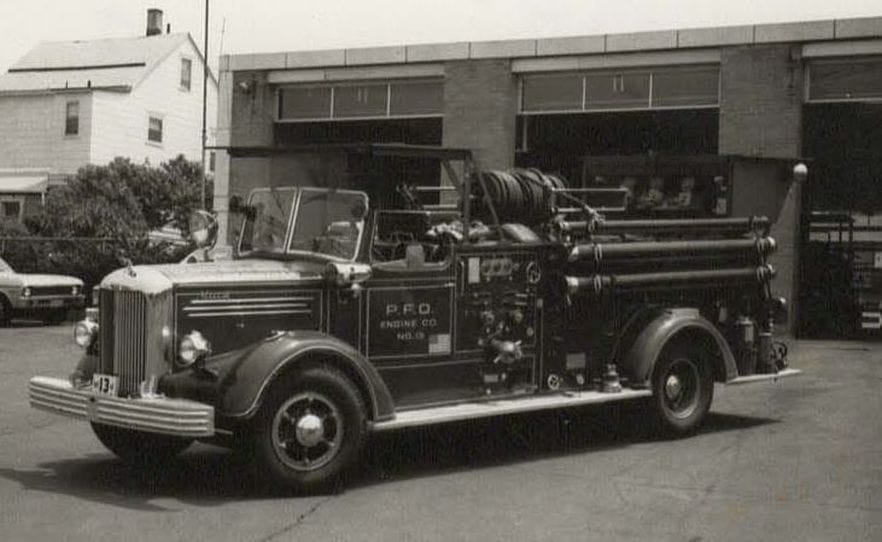 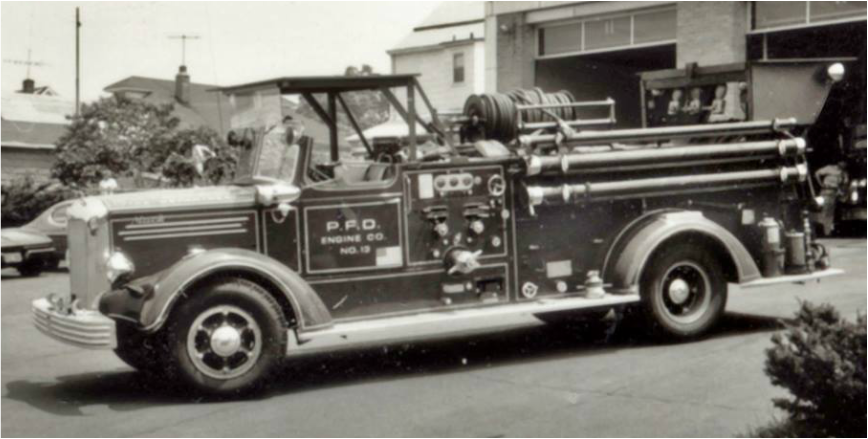 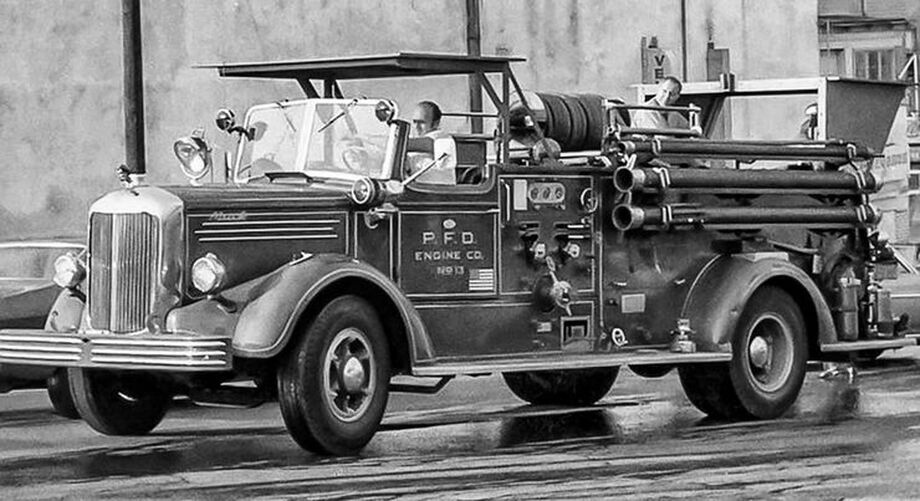 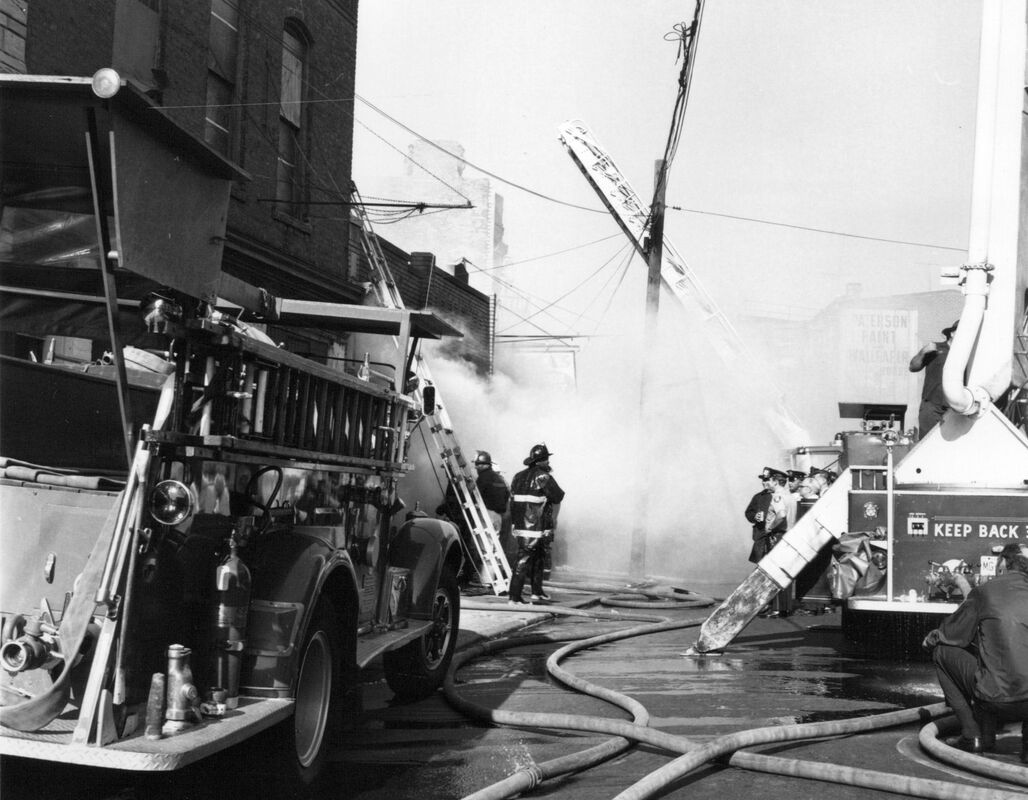 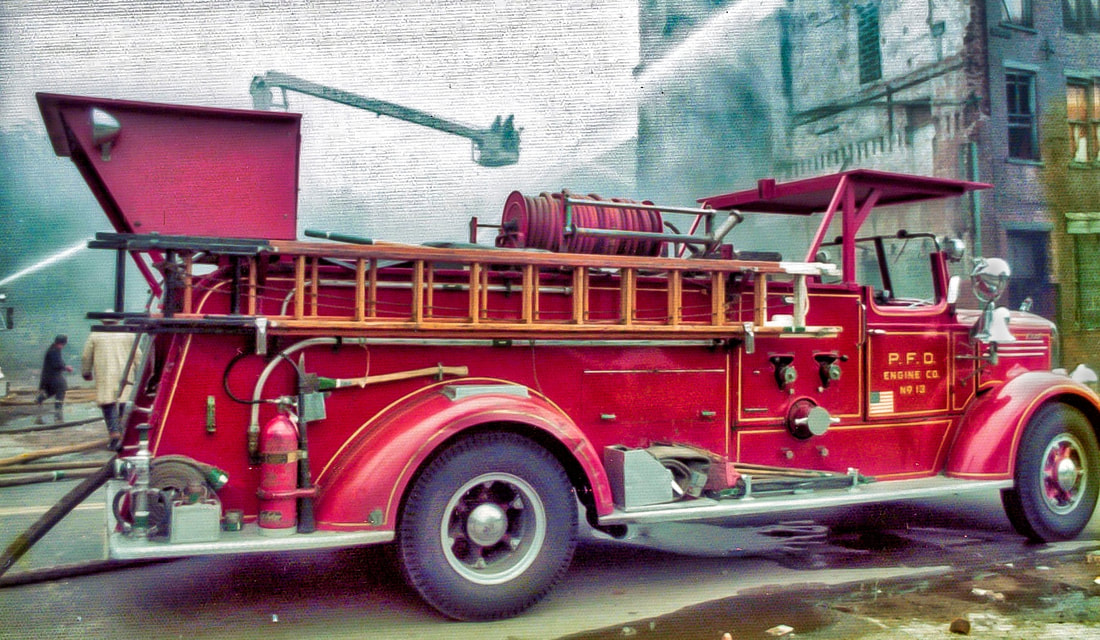 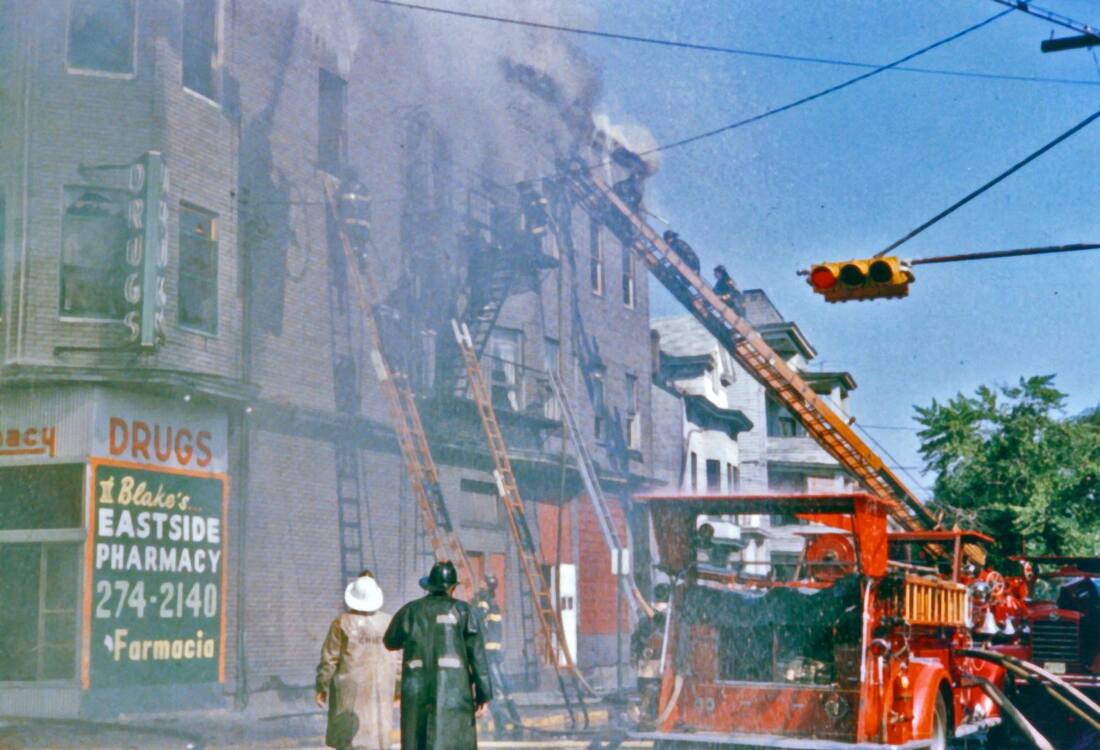 After being sold to West Paterson FD 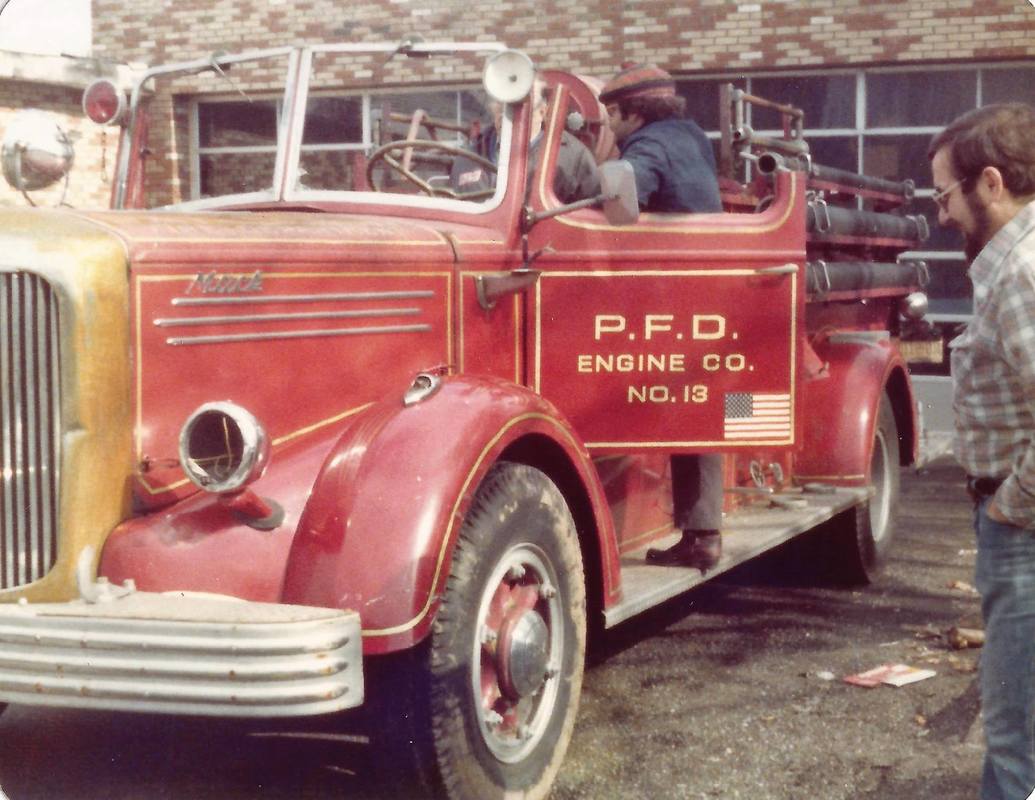 At West Paterson FD but determined to be beyond repair