PATERSON FIRE HISTORY
CERTIFICATES
The Fire Department in Paterson was originally (starting in 1821) governed by the Paterson Fire Association, whose leaders ere called wardens, until Paterson became a city in 1855. At that time the city took control of the volunteer department. Members of the PFA and subsequently the Volunteer Department were awarded certificates of appointment
​
The earliest known certificates had an engraving of a Gooseneck hand-tub 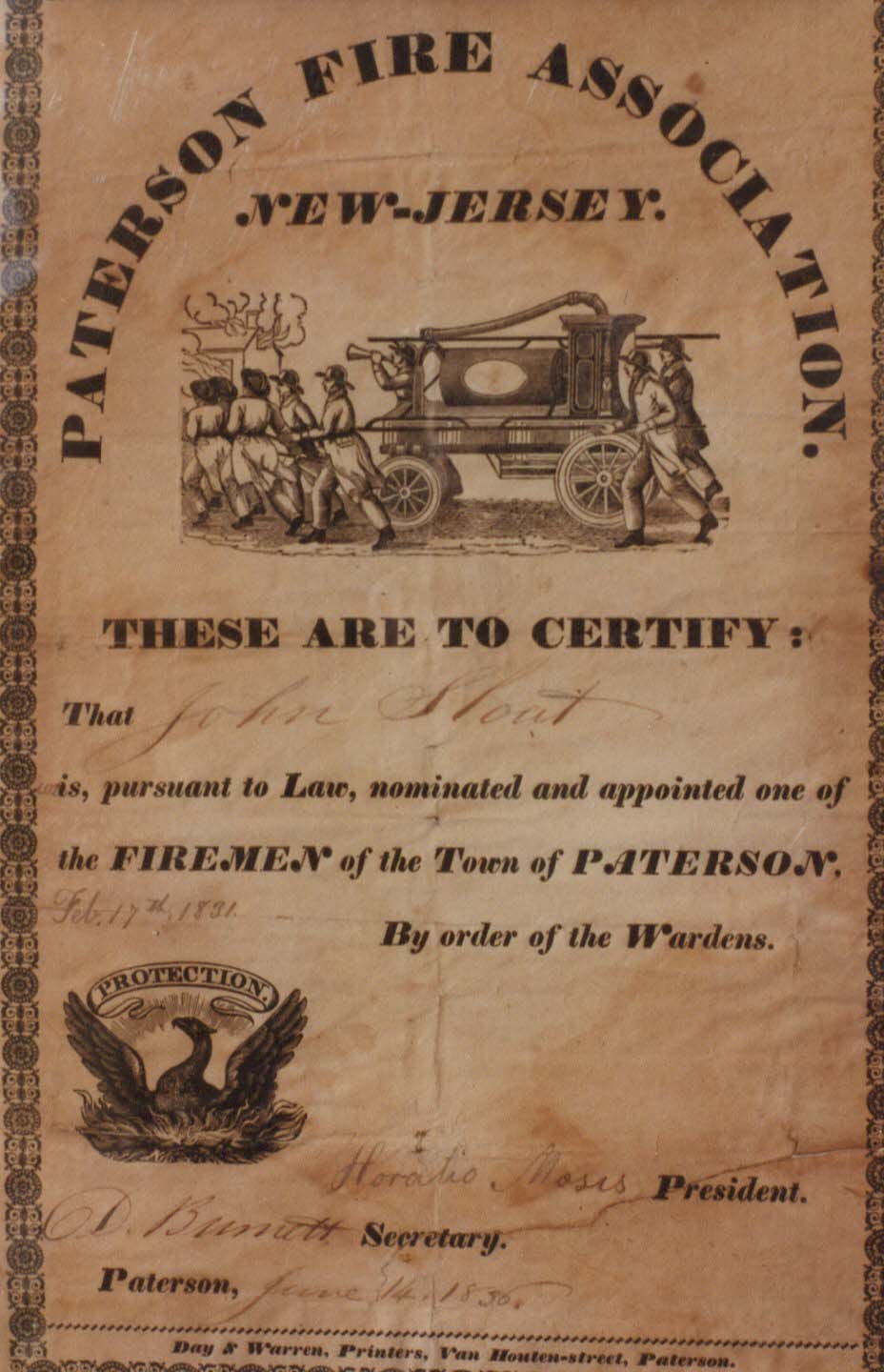 Below is the certificate of Nathaniel Lane, who was elected the department's
​first Chief Engineer 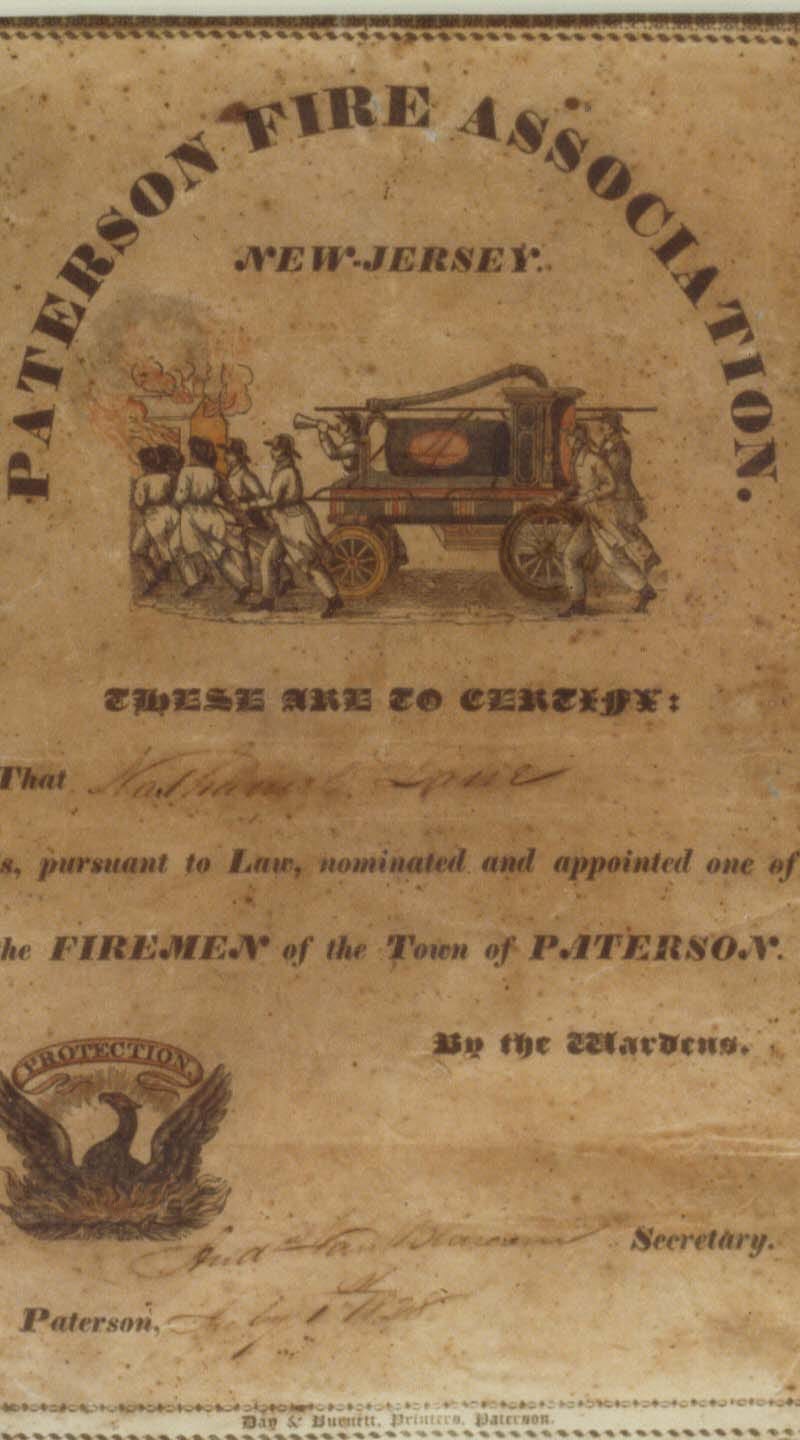 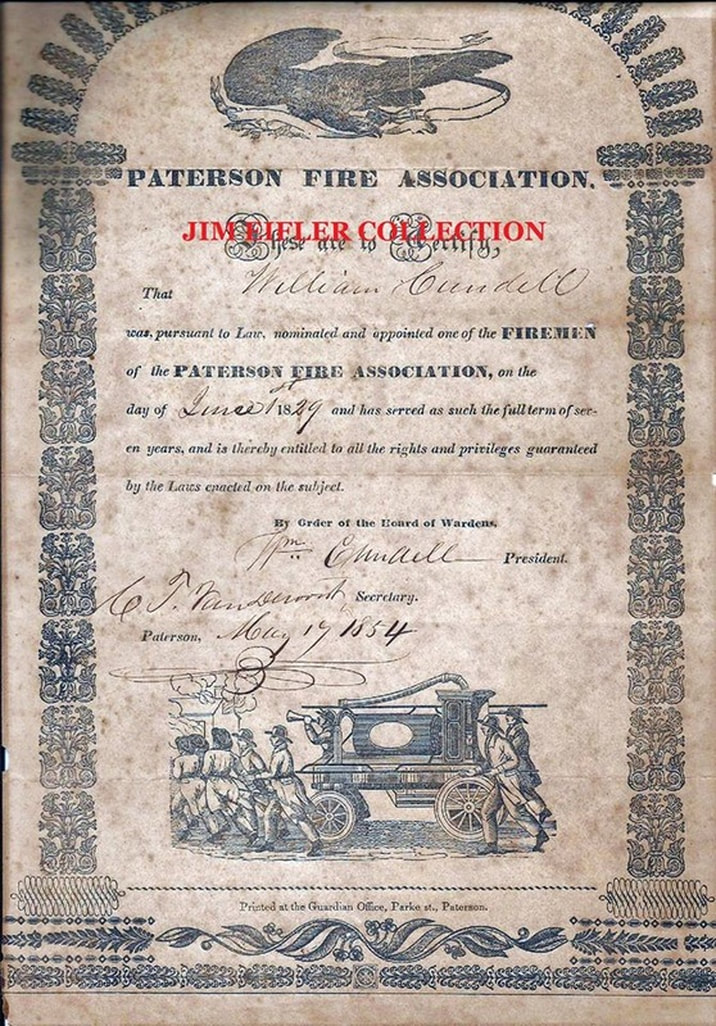 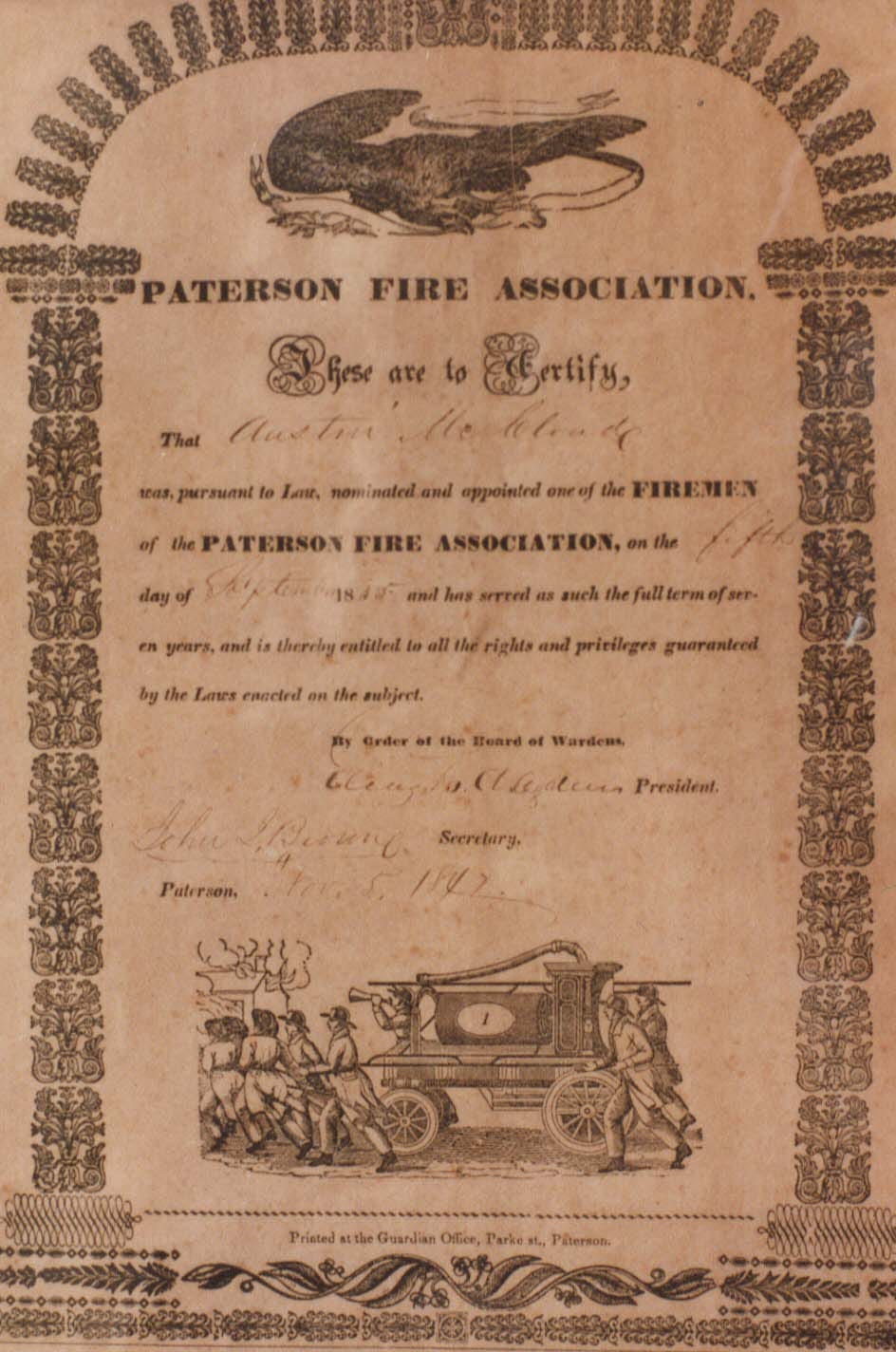 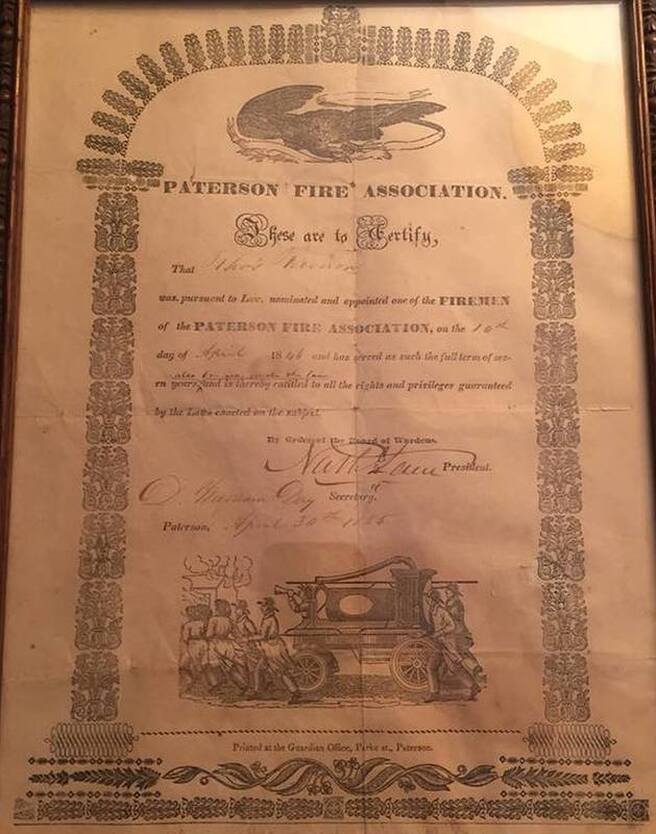 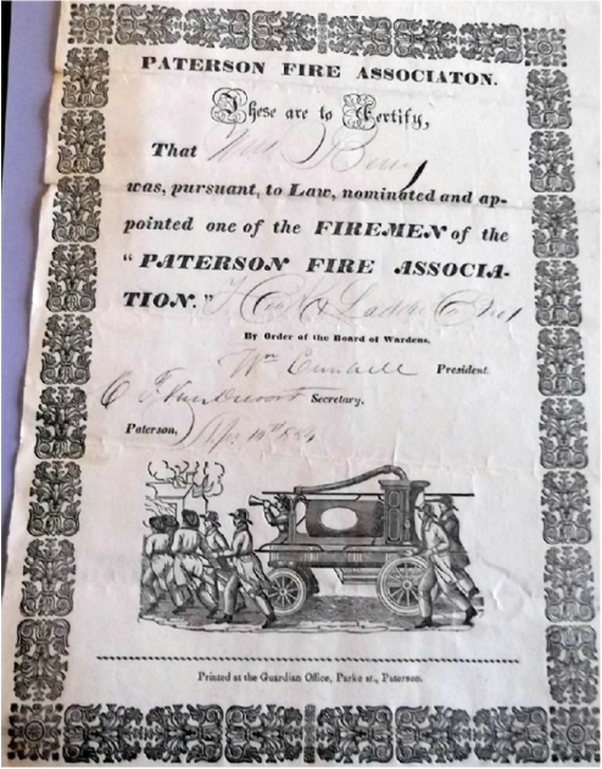 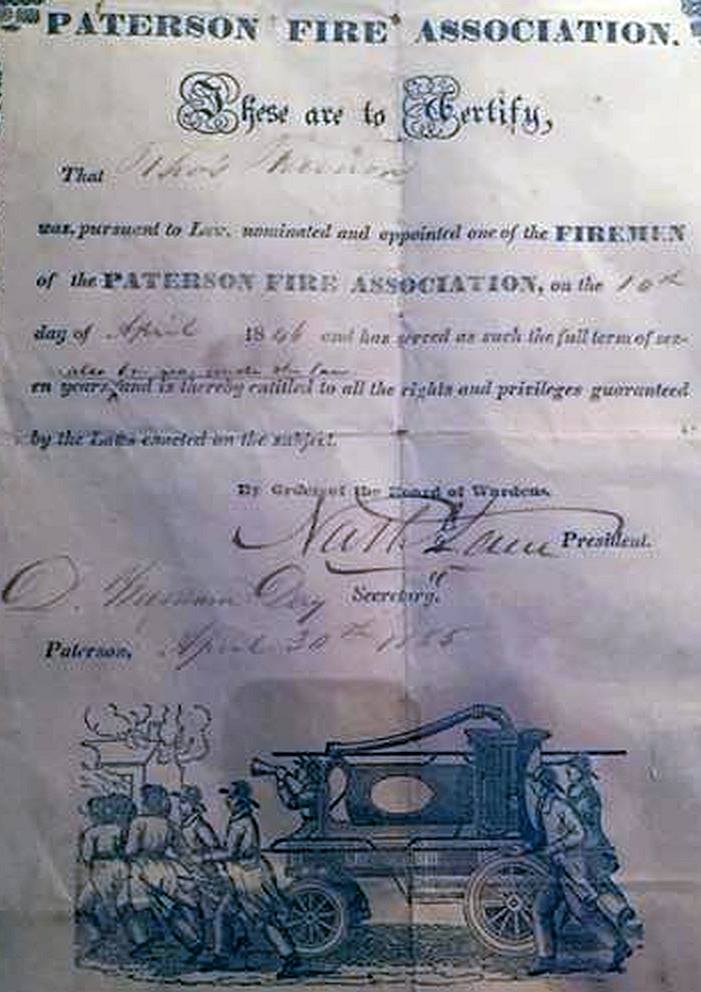 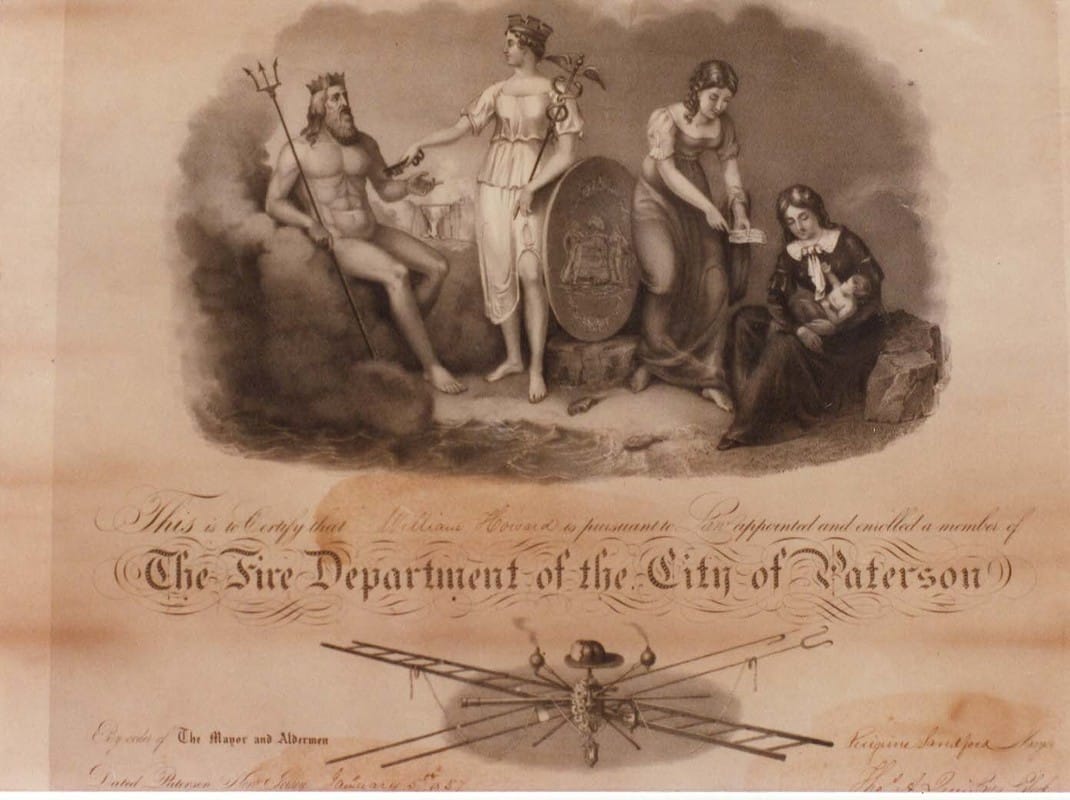 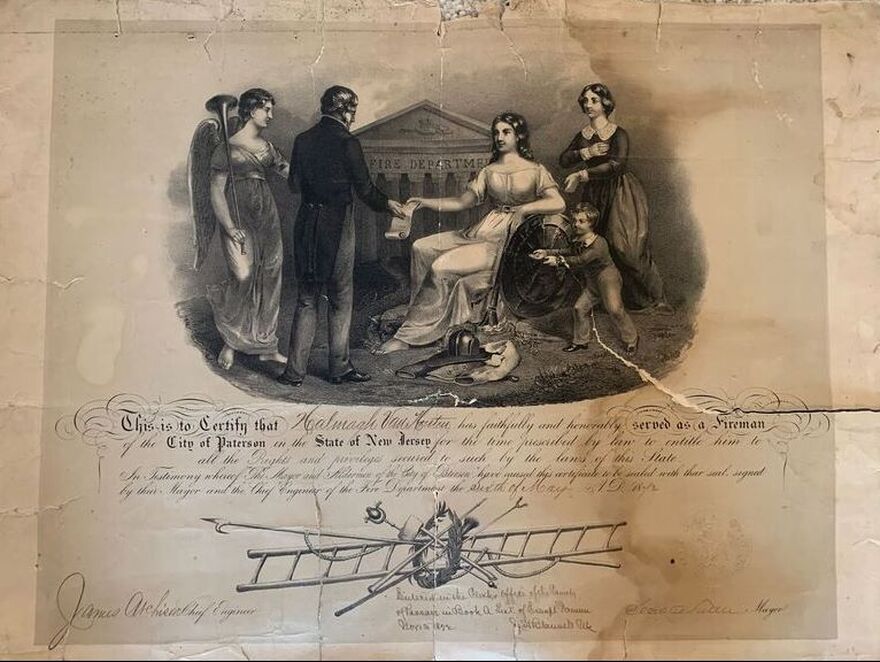 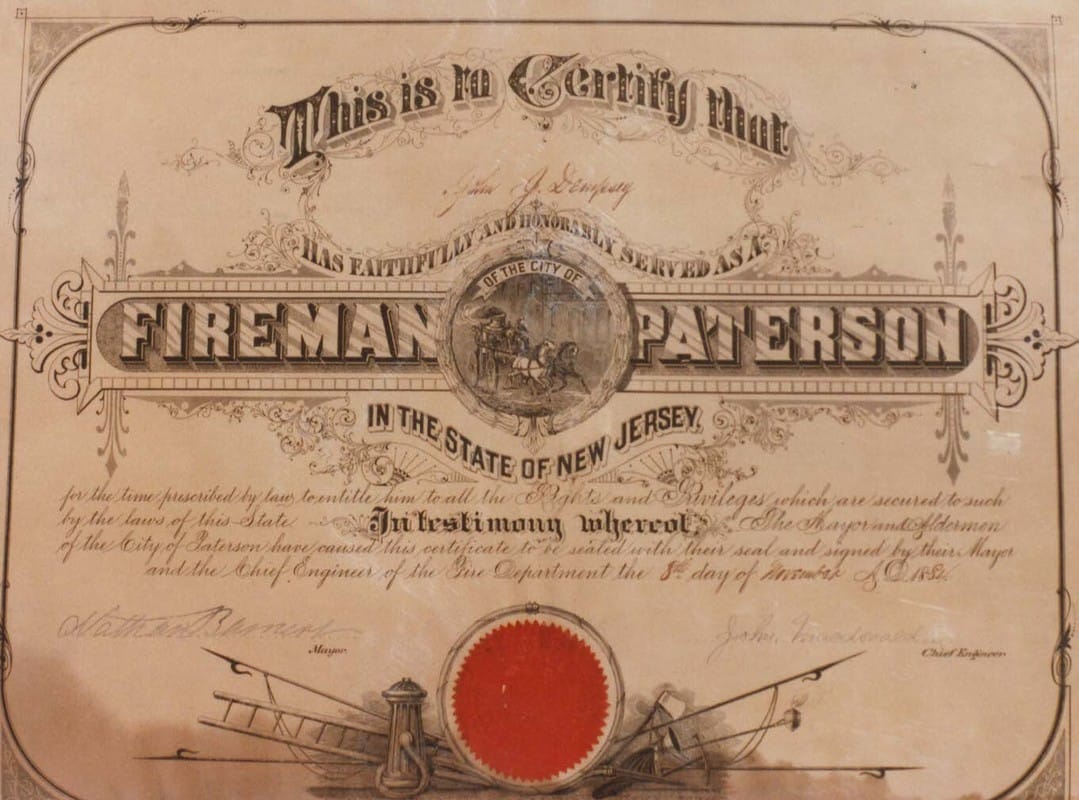 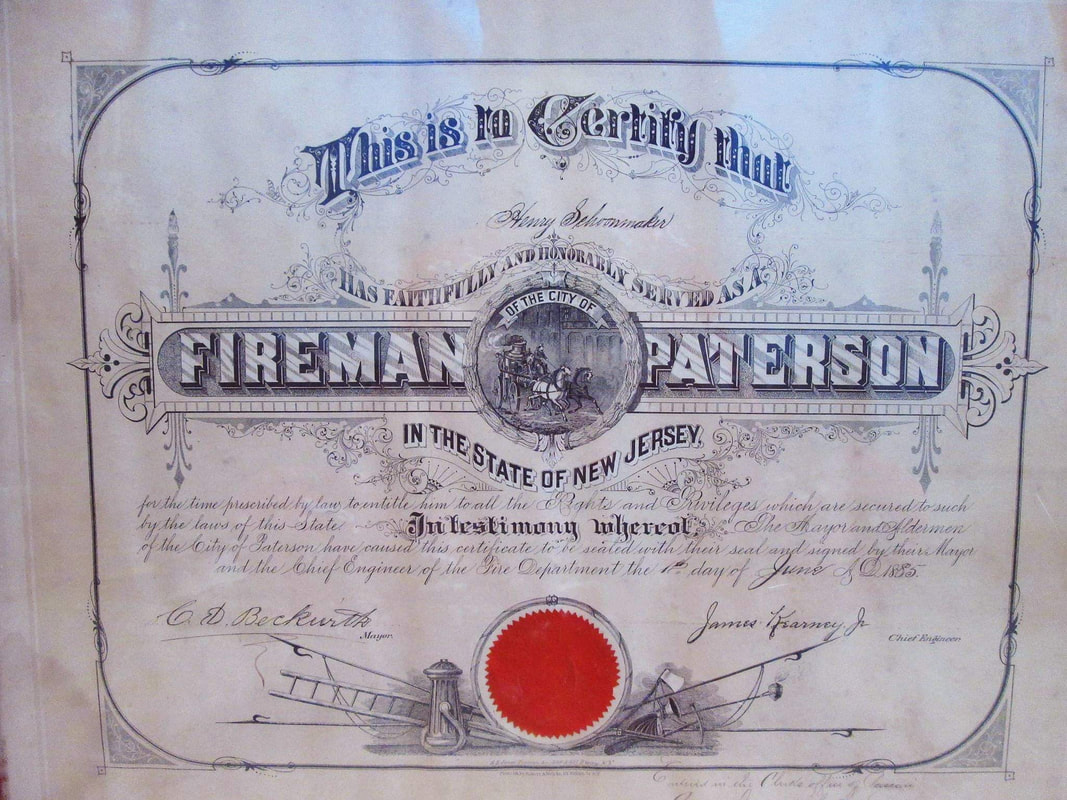 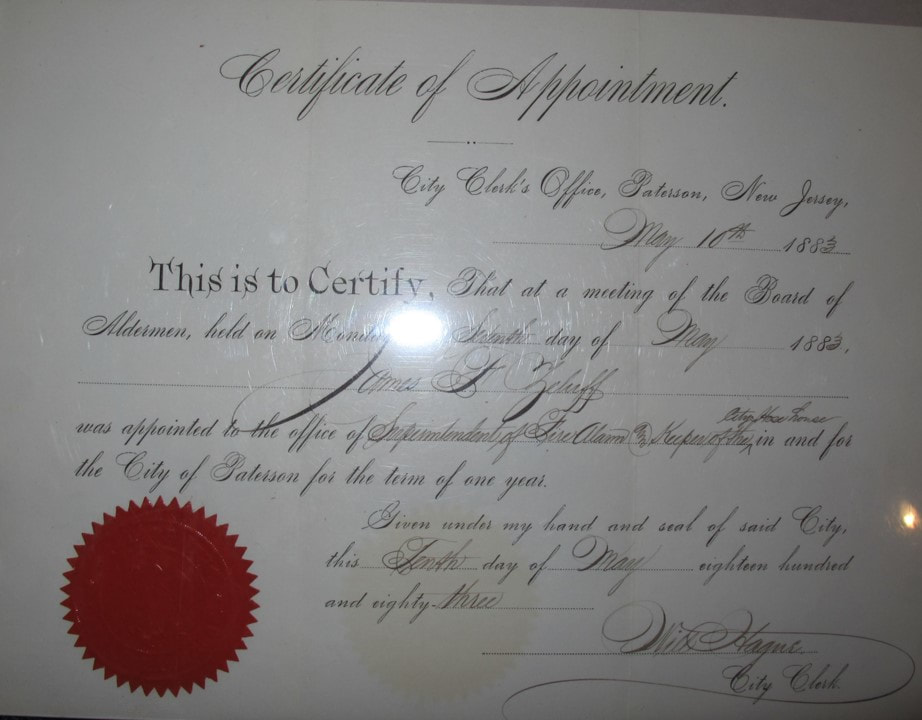 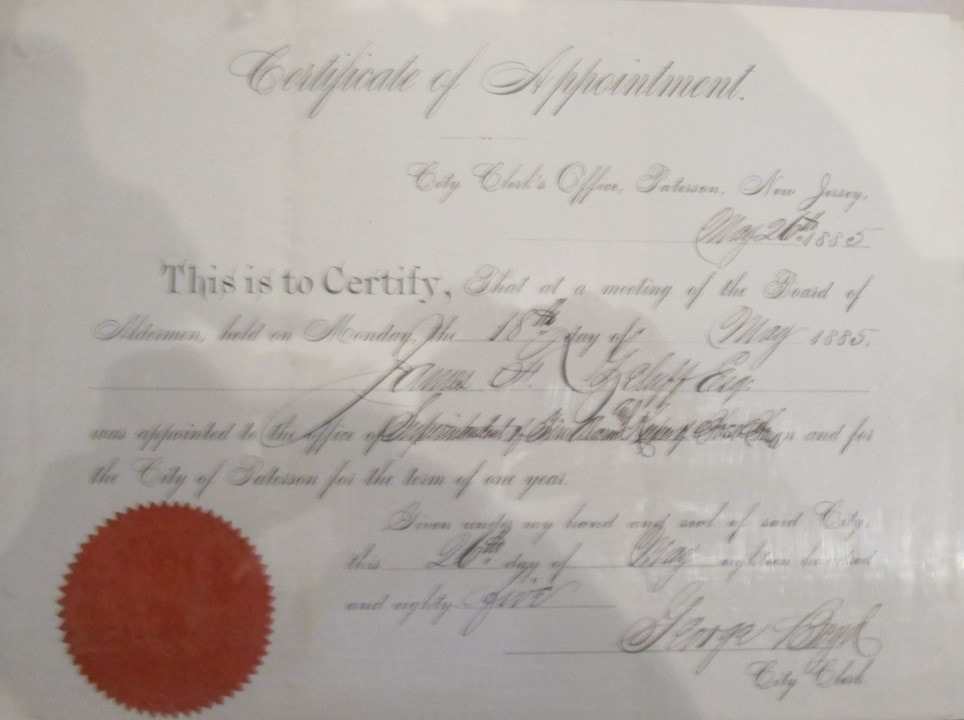 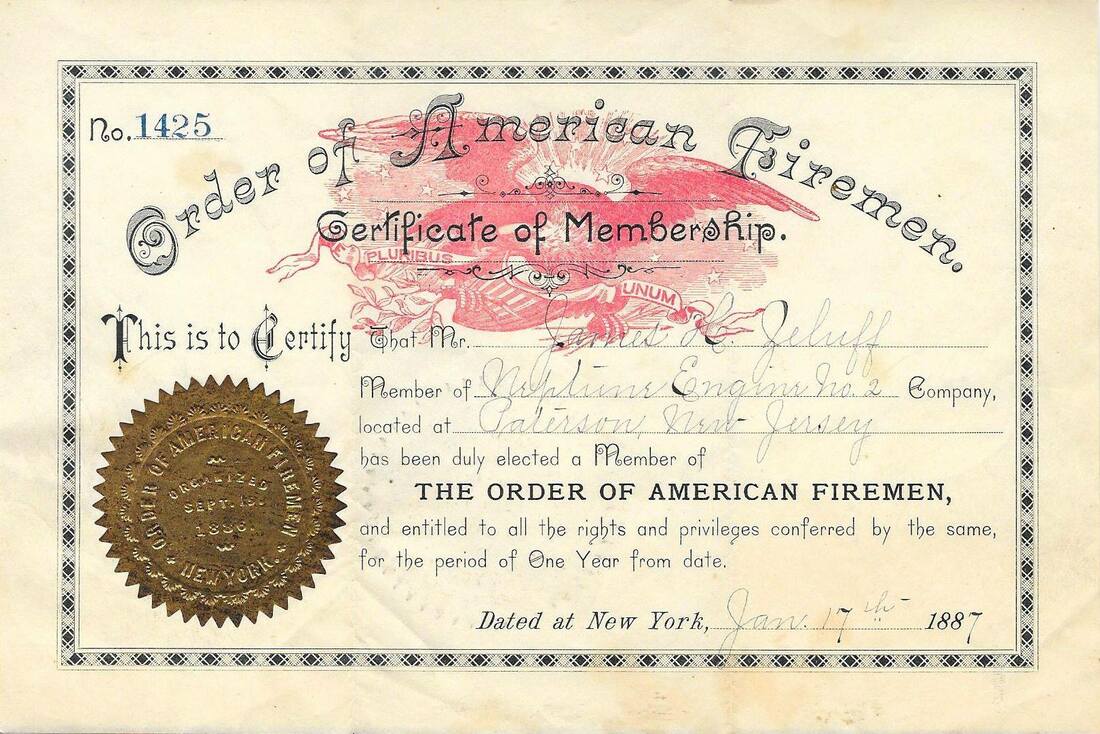 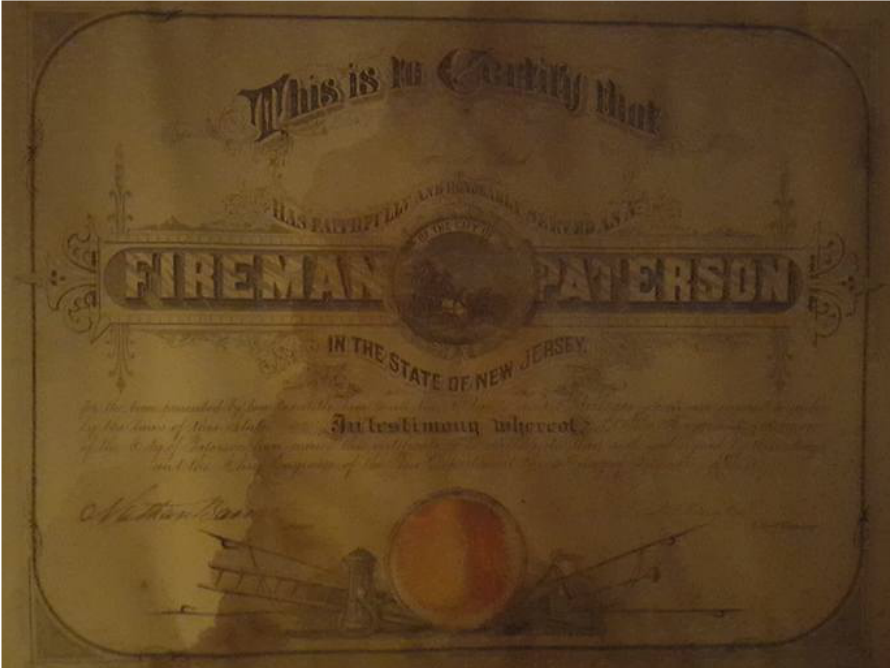 1897 certificate of Charles Moore who belonged to Neptune Engine 2 of the Volunteer Department. Certificate signed by Chief John Stagg 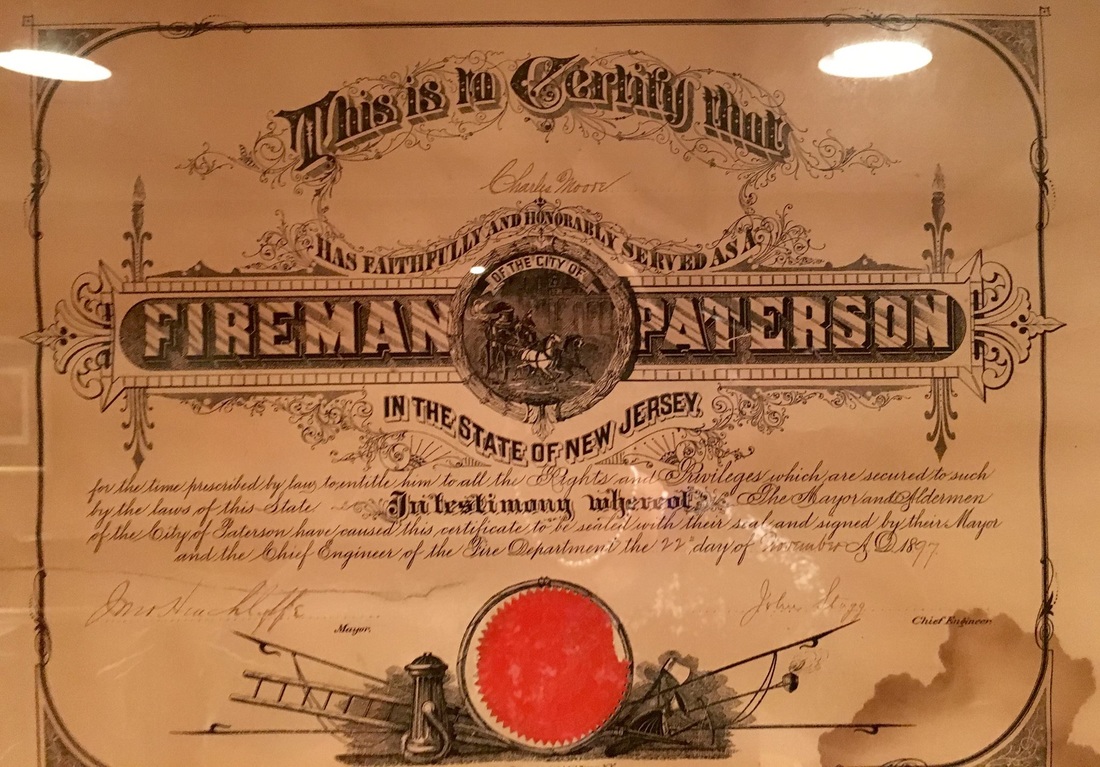 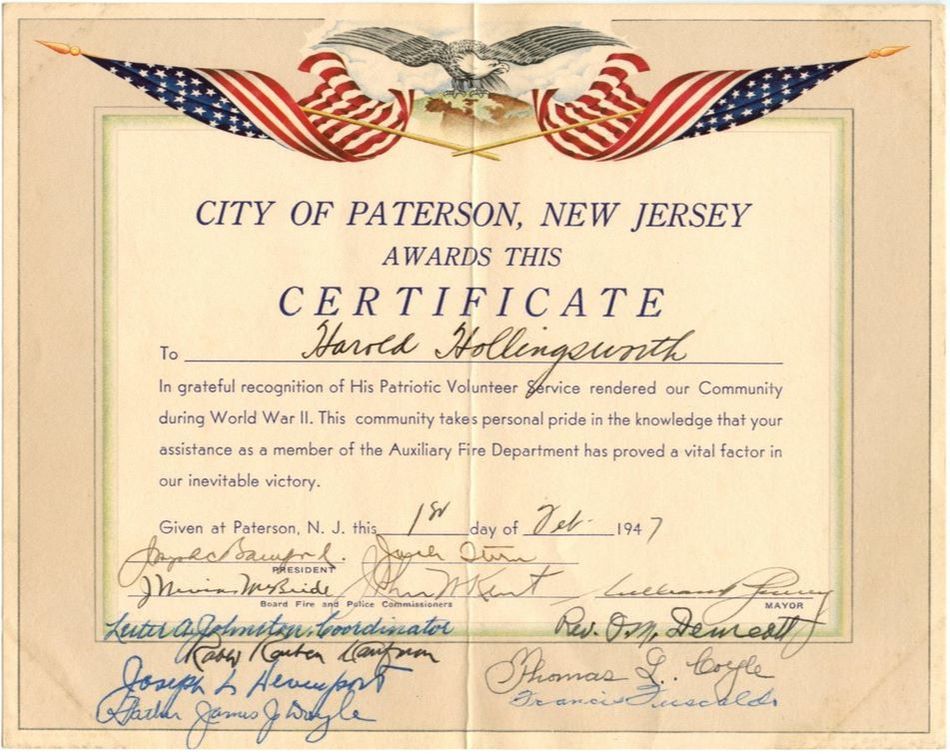 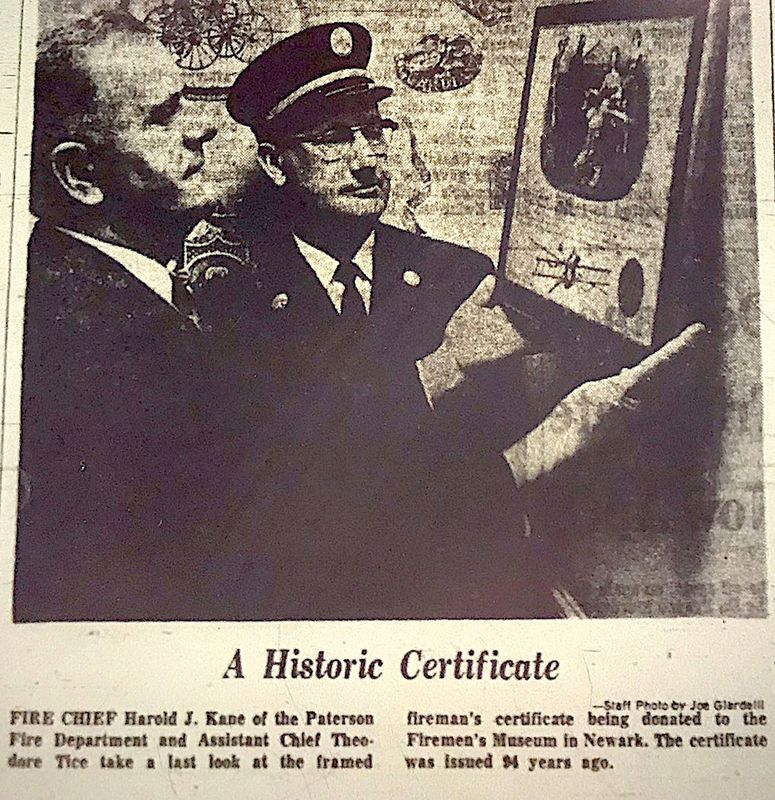