This firehouse at 304 Market Street (south side of street between Madison Street and Straight Streets) was built in 1861 to house Vigilant Engine Company 6 (originally organized January 1st, 1867) of the Volunteer Fire Department. This location should not be confused with the later-built firehouse at Market and Pennington Streets (476 Market Street). The firehouse is shown below when occupied by Vigilant 6 hand pumper. 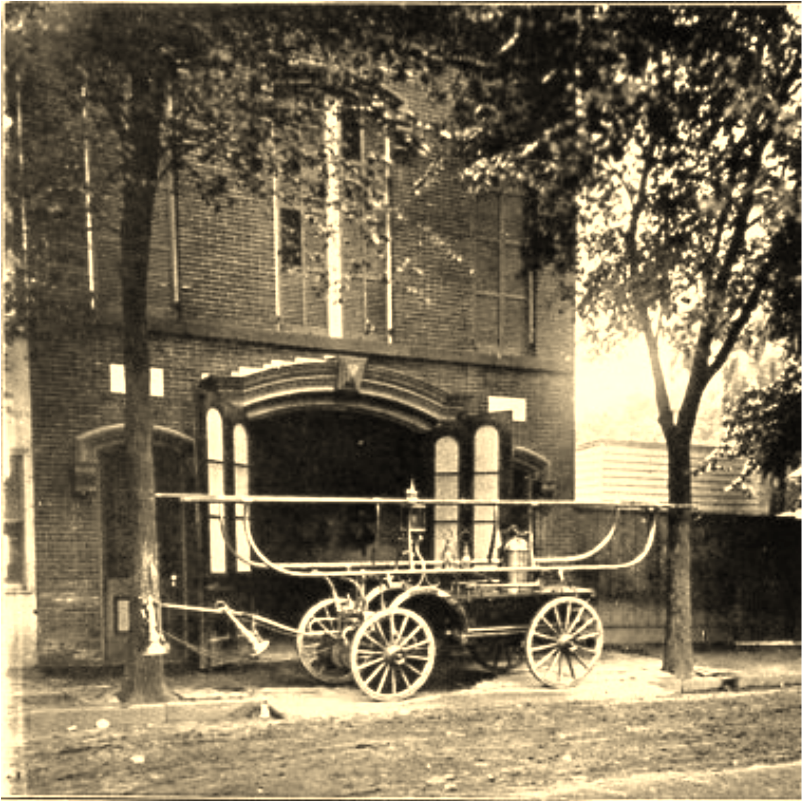 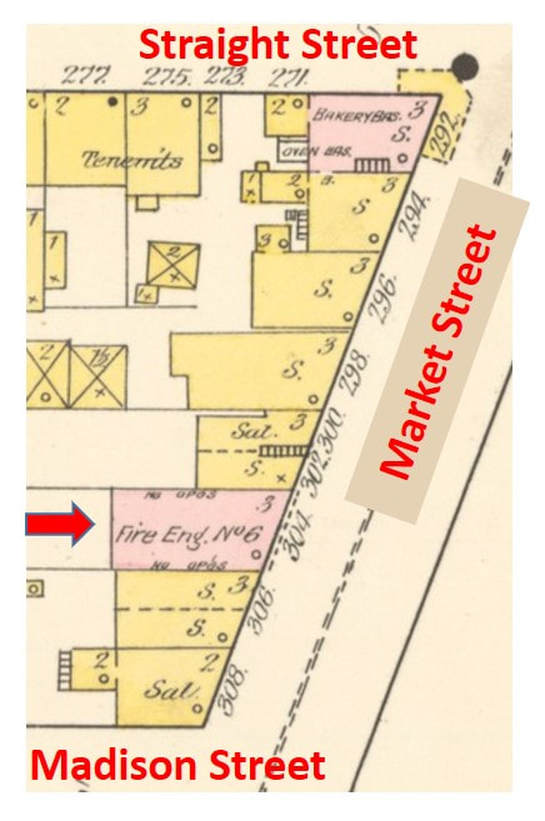 ​Shown below is the stone plaque from the 304 Market Street firehouse that commemorates the company organization date. A companion plaque was marked Vigilant 6. It is seen to the right of the door in above photo. 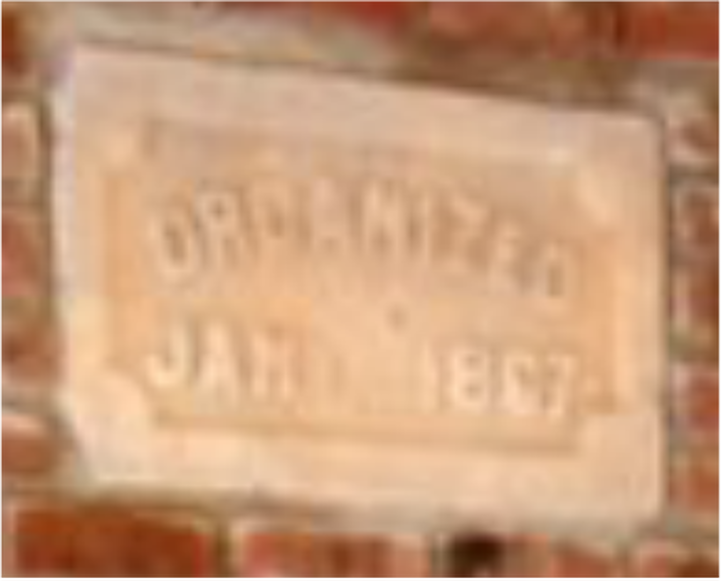 Paterson Press
May 10, 1893: Engine 6 gets stuck in mud on Getty Ave while responding to Lakeview section of South Paterson 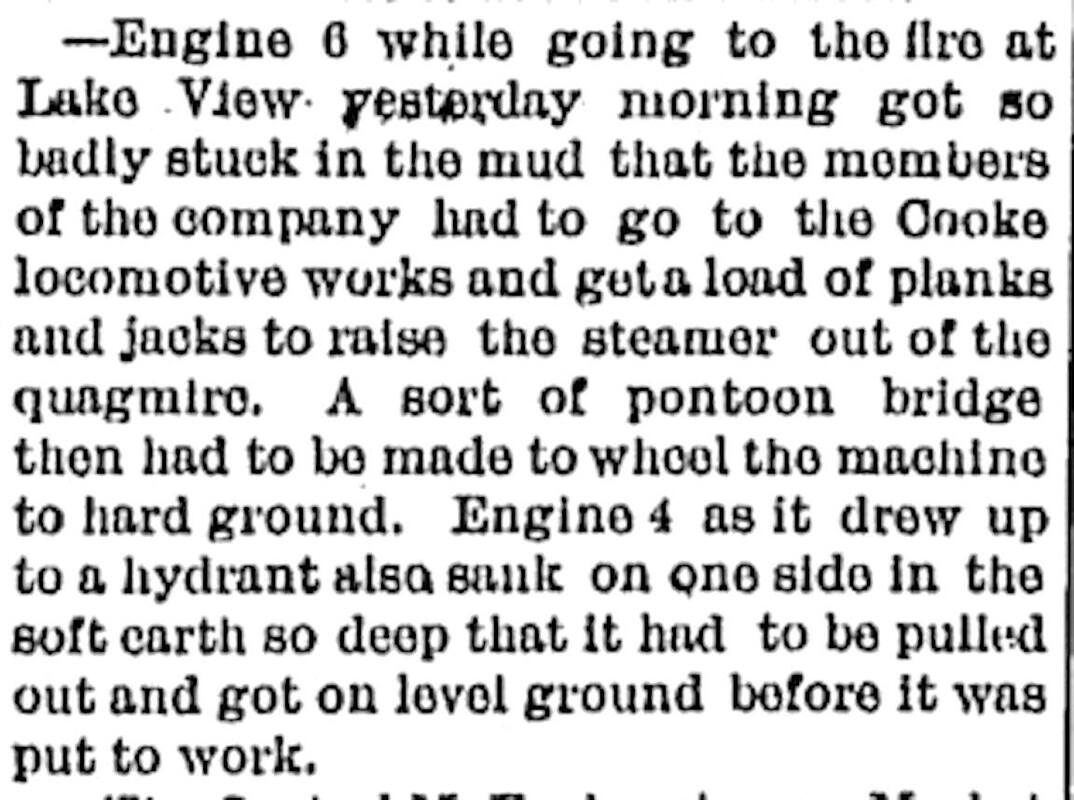 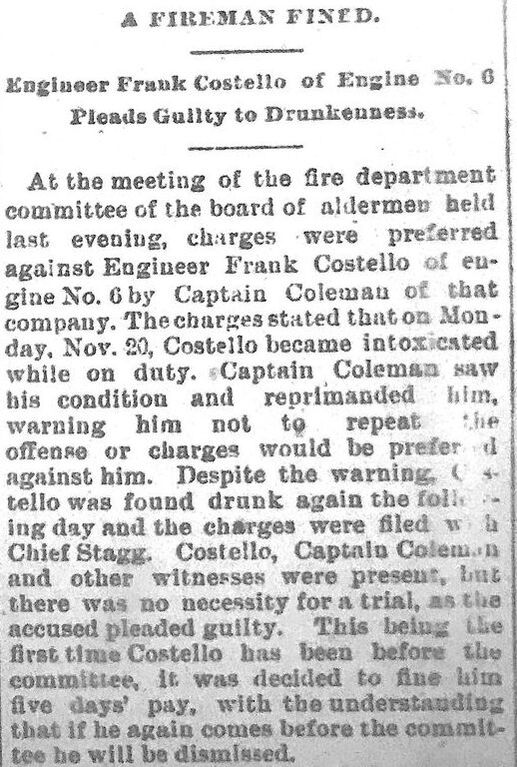 Paterson Press
June 30, 1895: The firehouse closed and Engine Company 6 moved to its new quarters at 476 Market Street (at Pennington Street).