November 4, 1917
The Rescue Mission fire is the deadliest fire in Paterson history. In 1901 17 persons expired in a tenement fire/explosion at 440 Main Street  on October 18, 1984 15 lives were lost at the Alexander Hamilton Hotel fire Church and Market Street.
​ 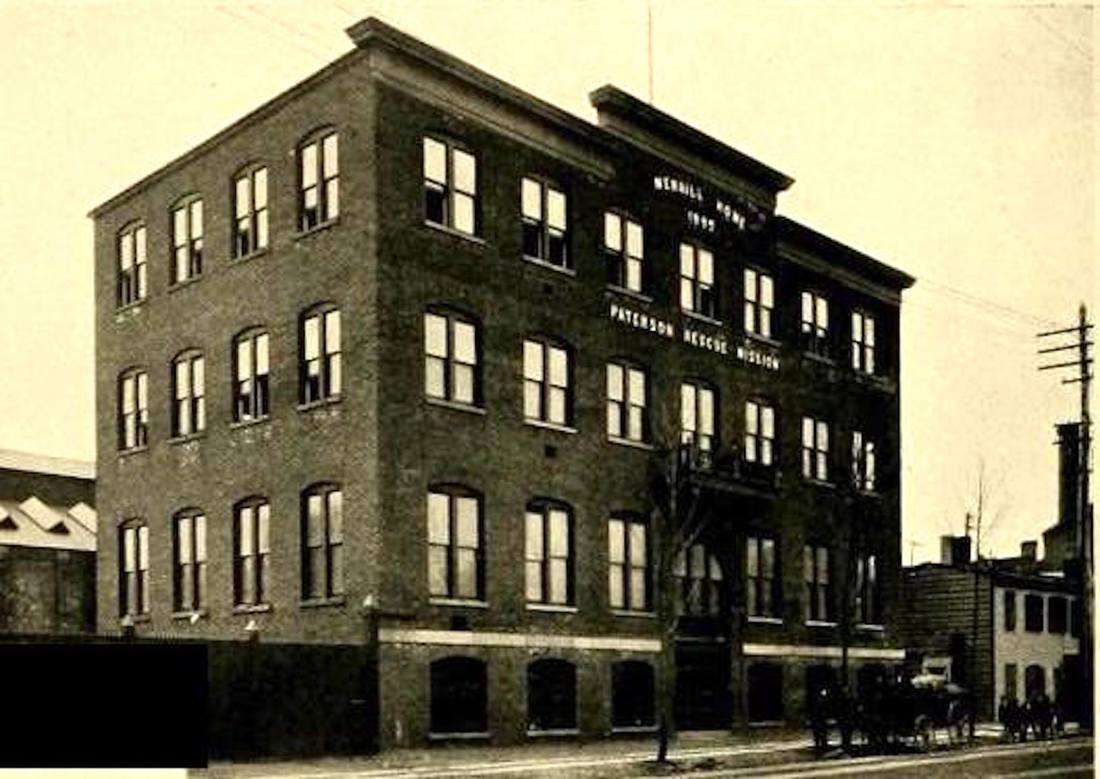 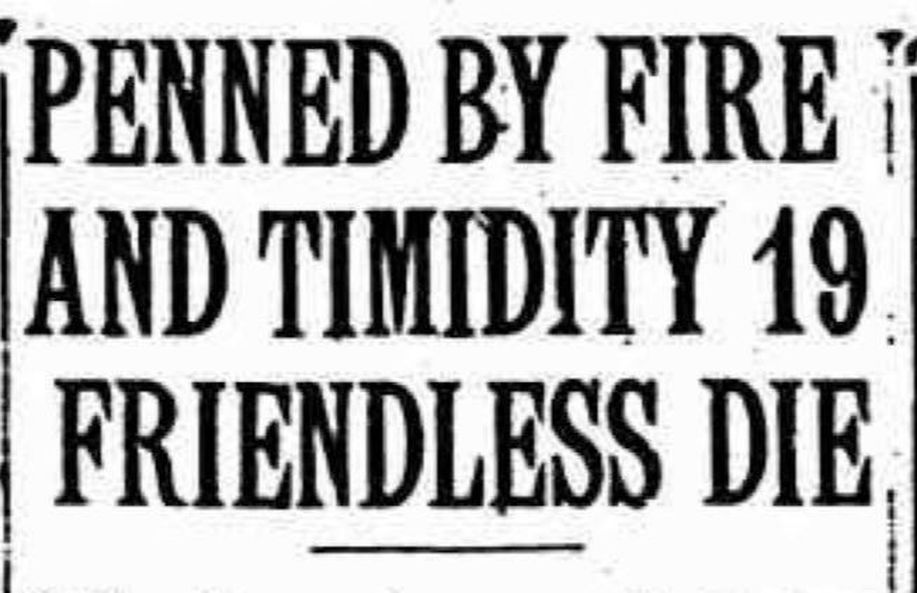 ​
Smoke and flames claimed 19 lives at the Salvation Army Rescue Mission on November 4, 1917. Eleven bodies were found on charred cots in a fourth floor dormitory, according to the The Weekly Underwriter, an insurance industry publication that also reported the blaze started in a shed filled with waste paper and spread to the mission. Box 513 was sounded at 1:15 a.m. for the fire at 42 Mill Street.

The Washington Post reported: ``Nineteen bodies had been taken tonight from the ruins of the Salvation Army rescue mission in this city, which was destroyed by fire early today. Ten men were taken to hospitals with probably mortal injuries, and many others were less seriously hurt in leaping from windows of the burning structure.''

The New York Times said: `Policemen who were the first to reach the fire rescued twenty-five old and feeble men from the dormitories on the third floor. At every window on the fourth floor, where most of the men had been sleeping, the men held to the ledges ... An hour after the fire was discovered all the floors and roof had been burned out, and only the brick walls of the building remained standing.'' 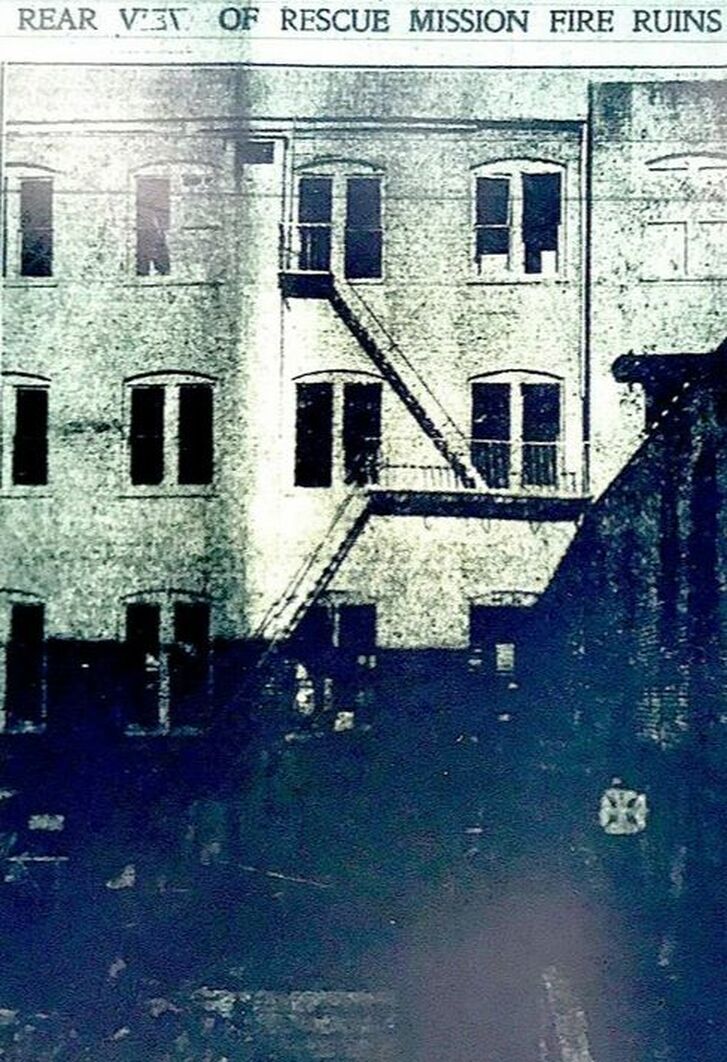 The legend reads: "Rear of stable where blaze originated in waste paper. In foreground may be seen cleared timbers of wood shed. Flames in front burning paper and the blazing wood leaped clear to the top of the building, making it absolutely impossible for the fire-imprisoned inmate on the top floor dormitory to use the fire escape." 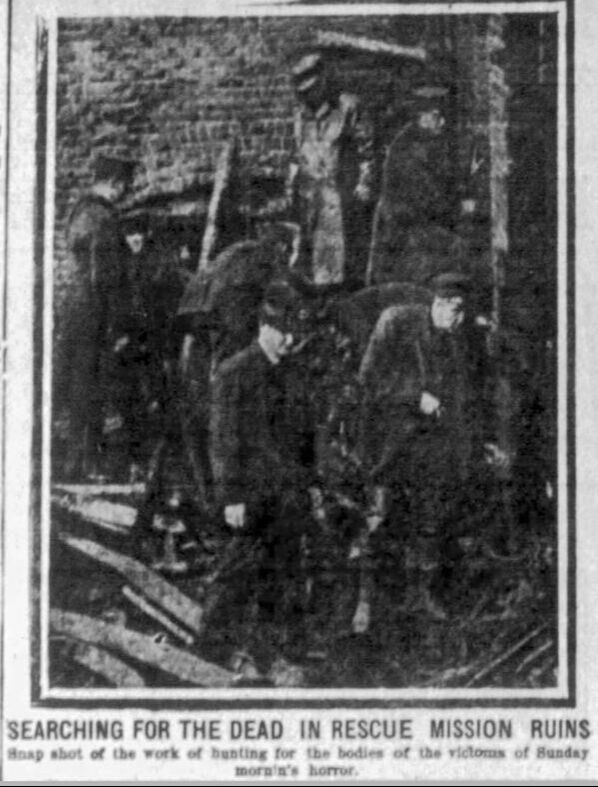 December 23, 1917:  Investigation of the disastrous fre 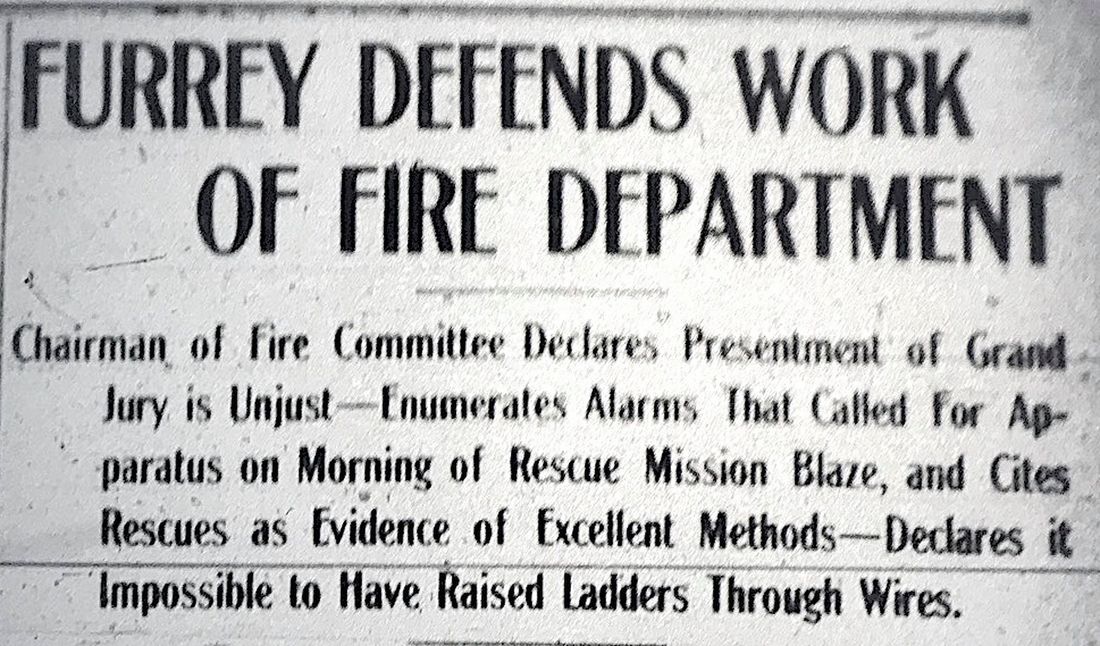 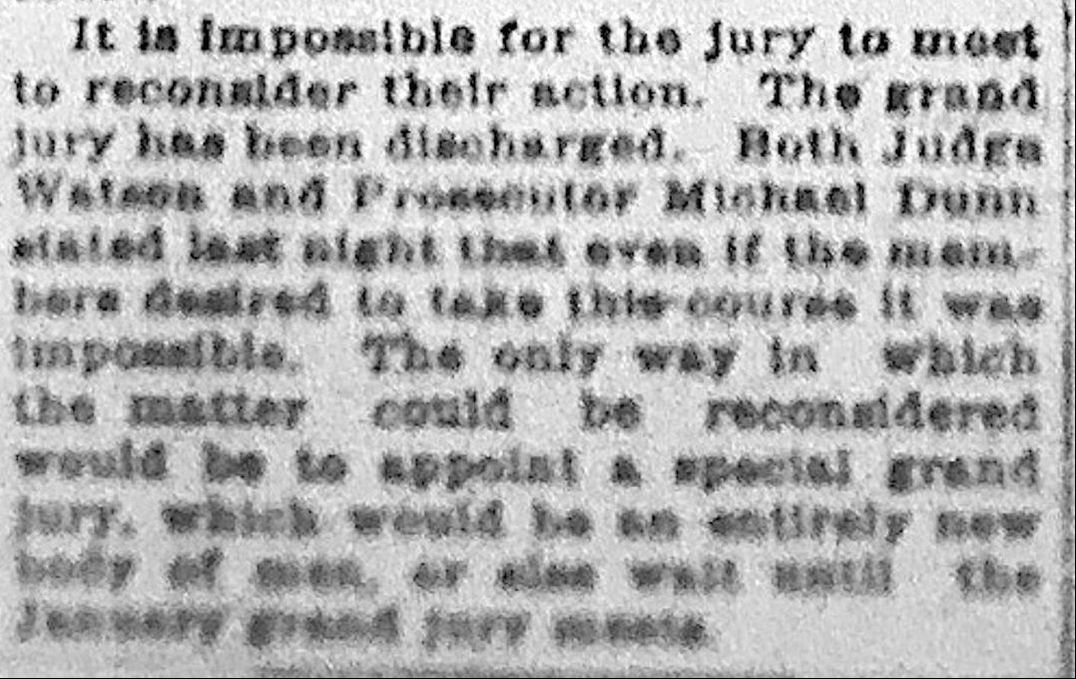