The firehouse at 112 Van Houten Street opened in May 1871 to quarter Passaic Engine Company 1 of the Volunteer Department. In 1884 it became the first Paterson Firehouse  to stable horses. This firehouse is often confused with the 20th century firehouse that was built across the street at 115 Van Houten Street in 1912 which served as Headquarters of the department until 1982. 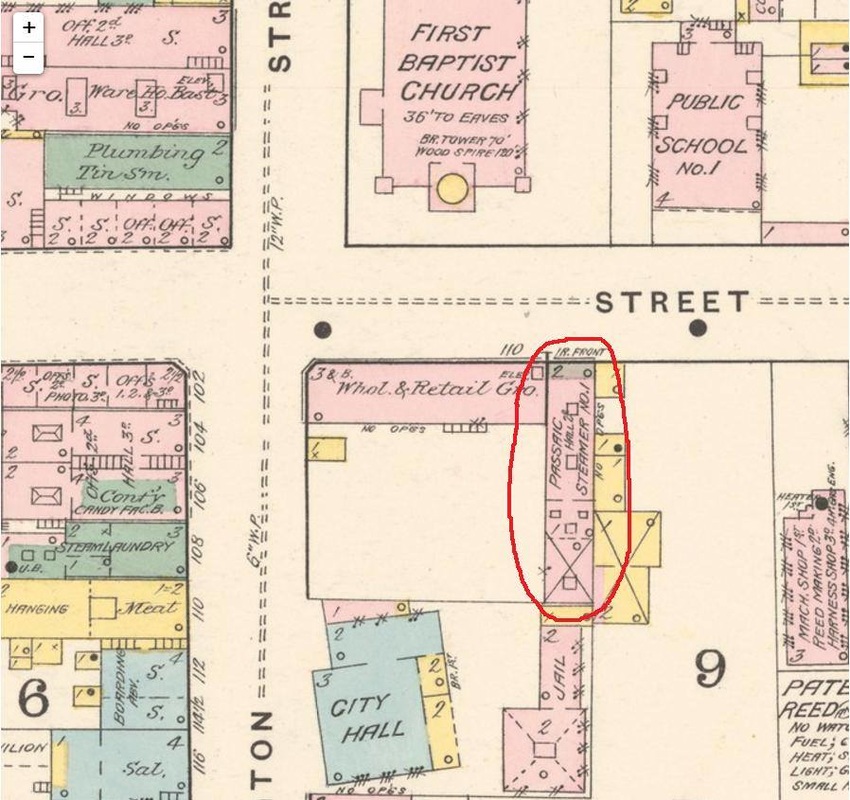 Below is a photo of the quarters circa 1886-1889 when Passaic Steam Fire Engine Company 1 (a Paterson Volunteer Company named after the River) was located there. The company had no relationship to the City of Passaic. 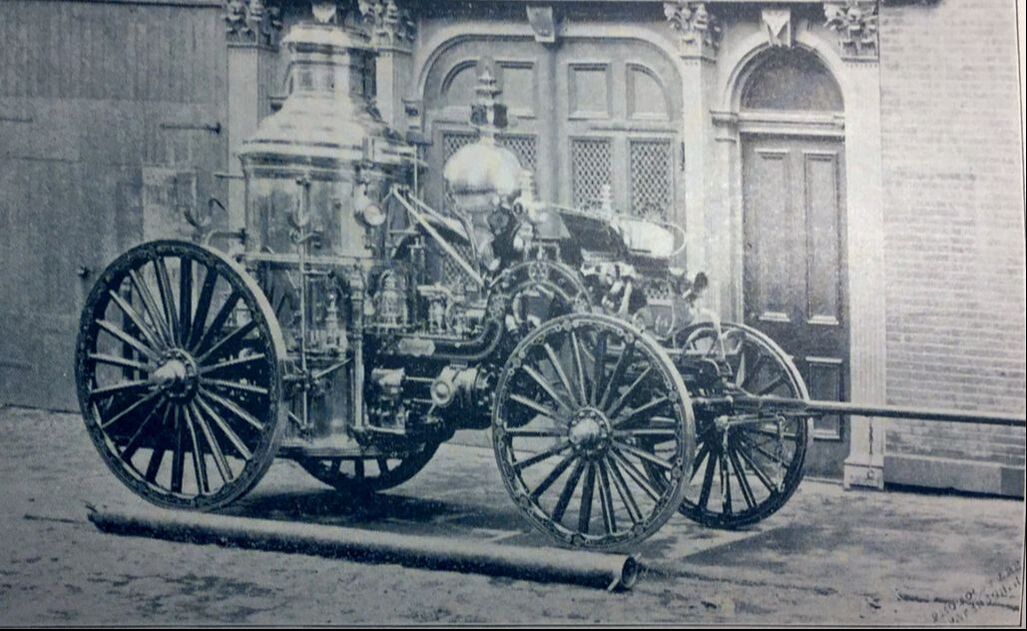 Button Steamer outside 112 Van Houten Street Firehouse during Volunteer Era
​In 1888 the Fire Department was reorganized by a special committee consisting of Aldermen Macdonald, Miller and Kearney, and a partially paid department or "Call System" succeeded the volunteer system on March 20th, 1890, with four permanent men in nine engine and three hook and ladder companies, and eight call men to each. The fulltime men consisted of Captains, Engineers, Drivers and Tillermen and Fire Alarm Officer.
​ 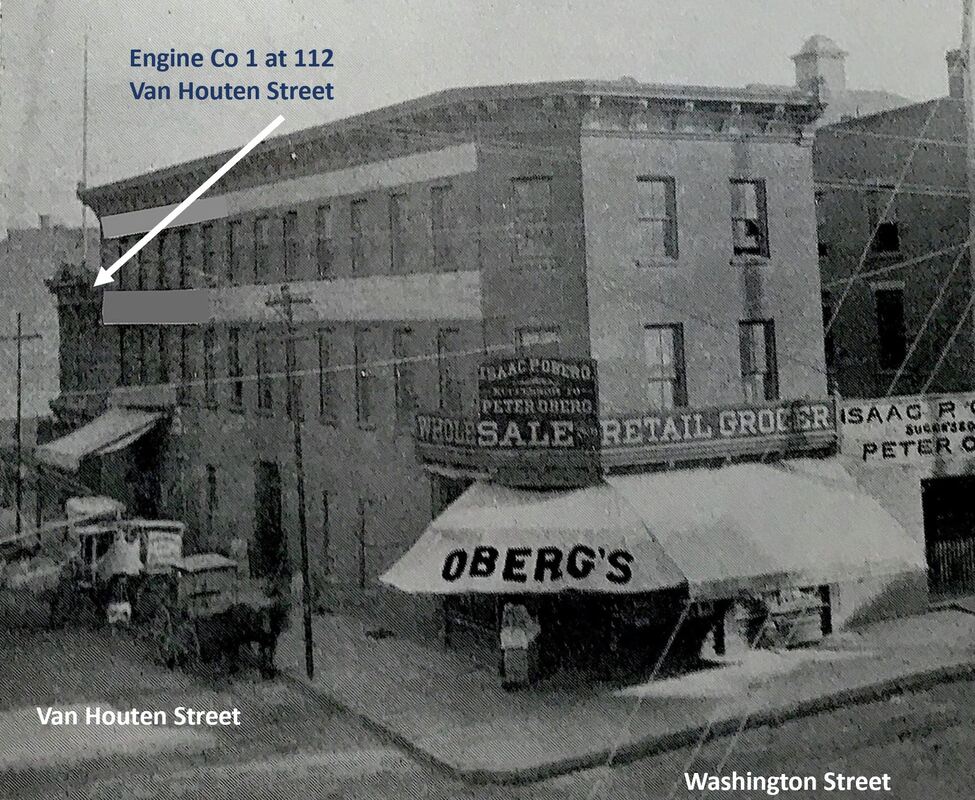 Photo of Washington and Van Houten Street in 1898 showing O'Berg's Grocery Store which later this became Greenbaum's Furniture Store. The building at the far left is the firehouse of Engine Company 1 (112 Van Houten Street).

​Chronological Listing of Events and Apparatus at 112 Van Houten Street 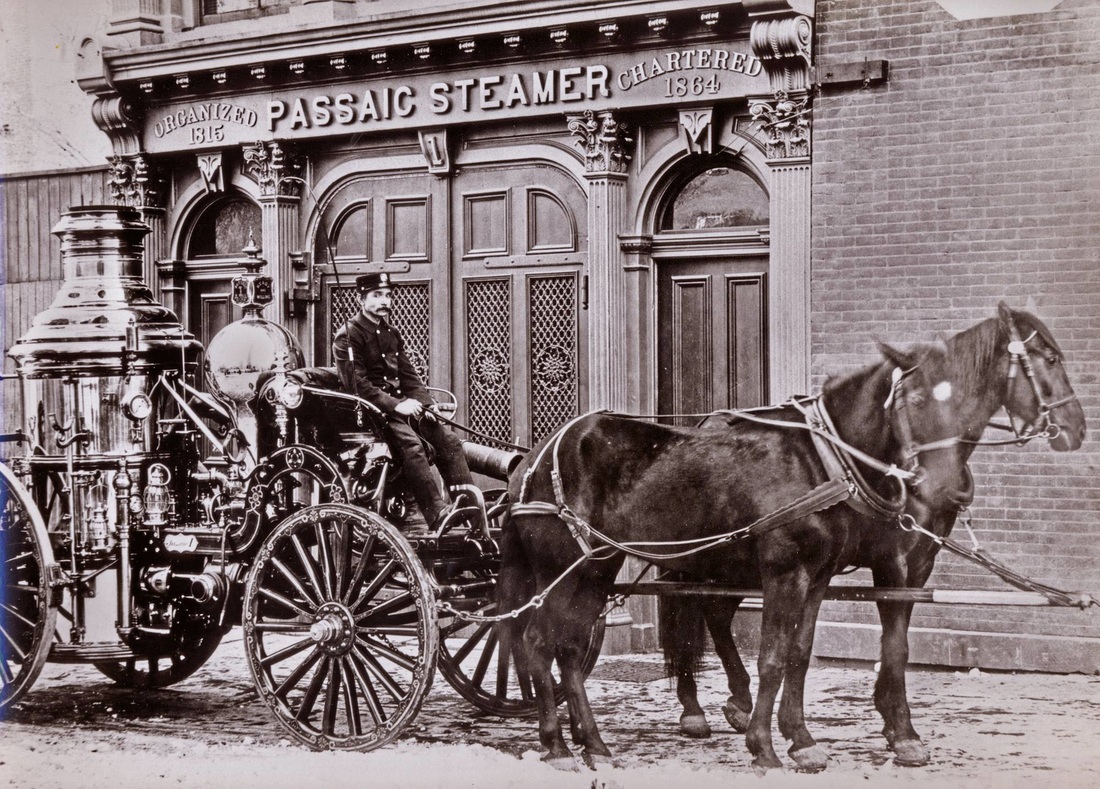 Button Apparatus during the Volunteer Era ~ 1887 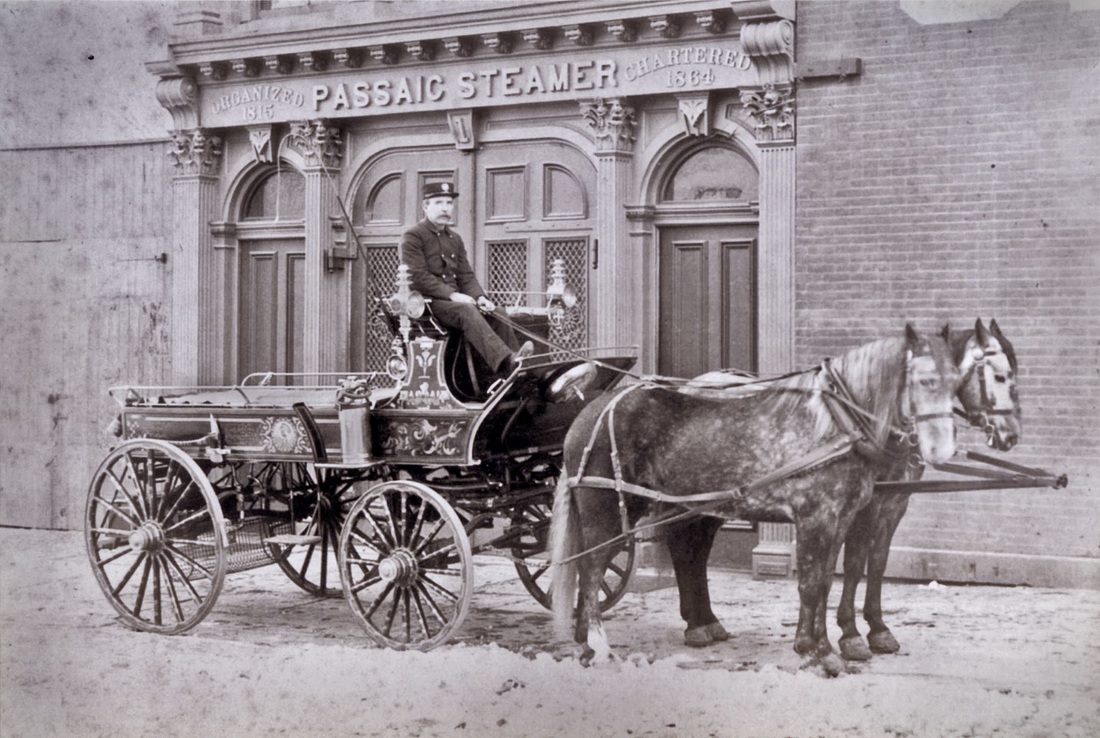 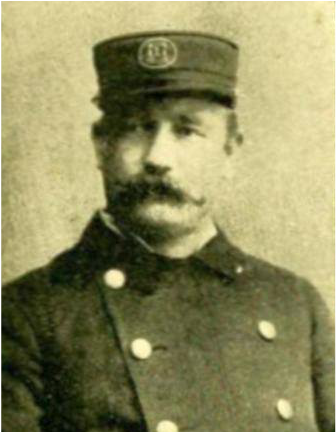 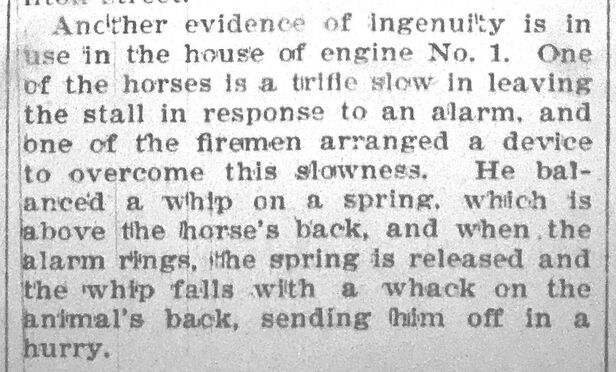 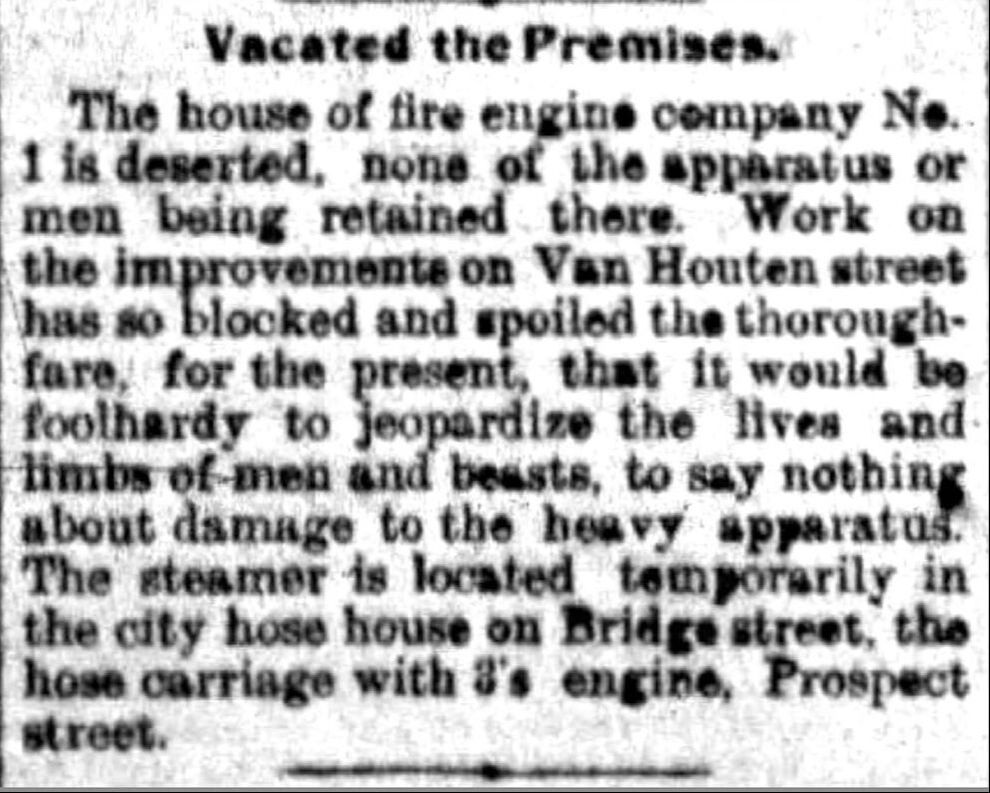 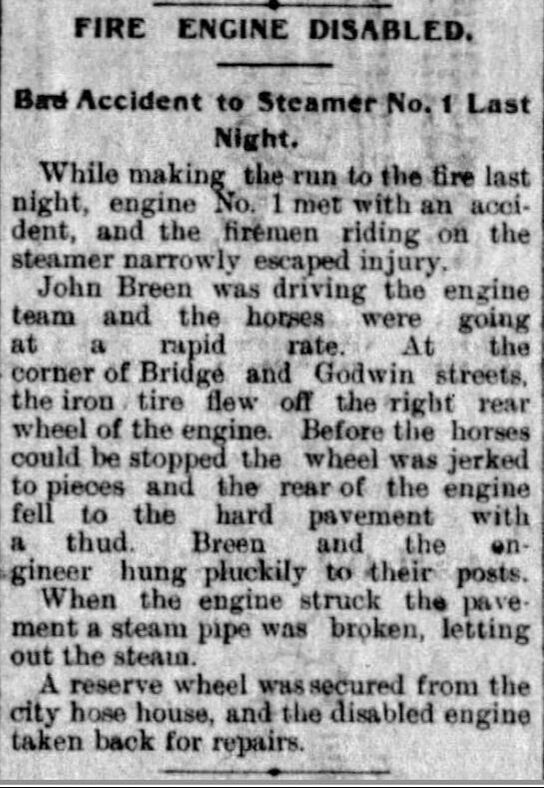 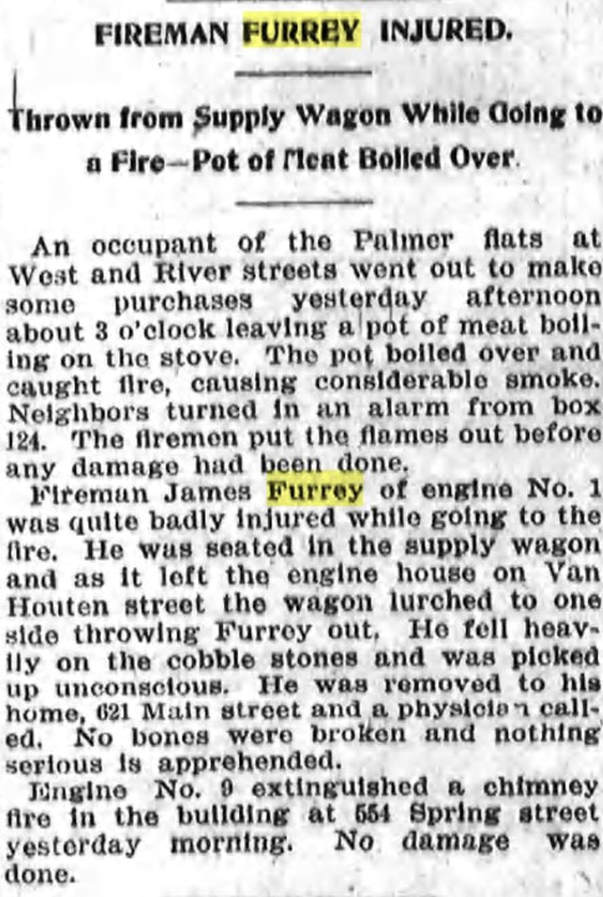 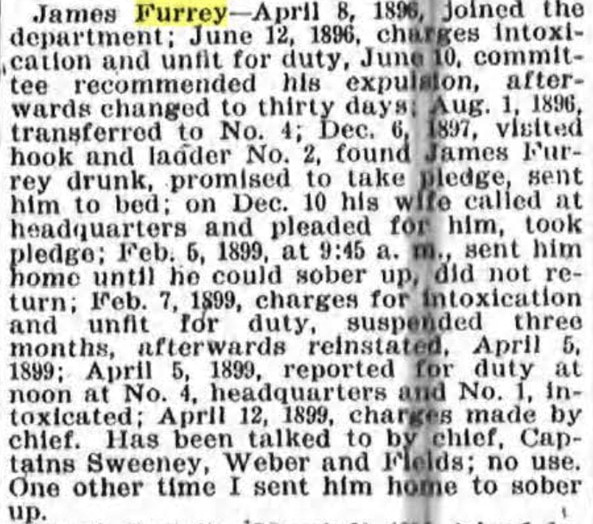 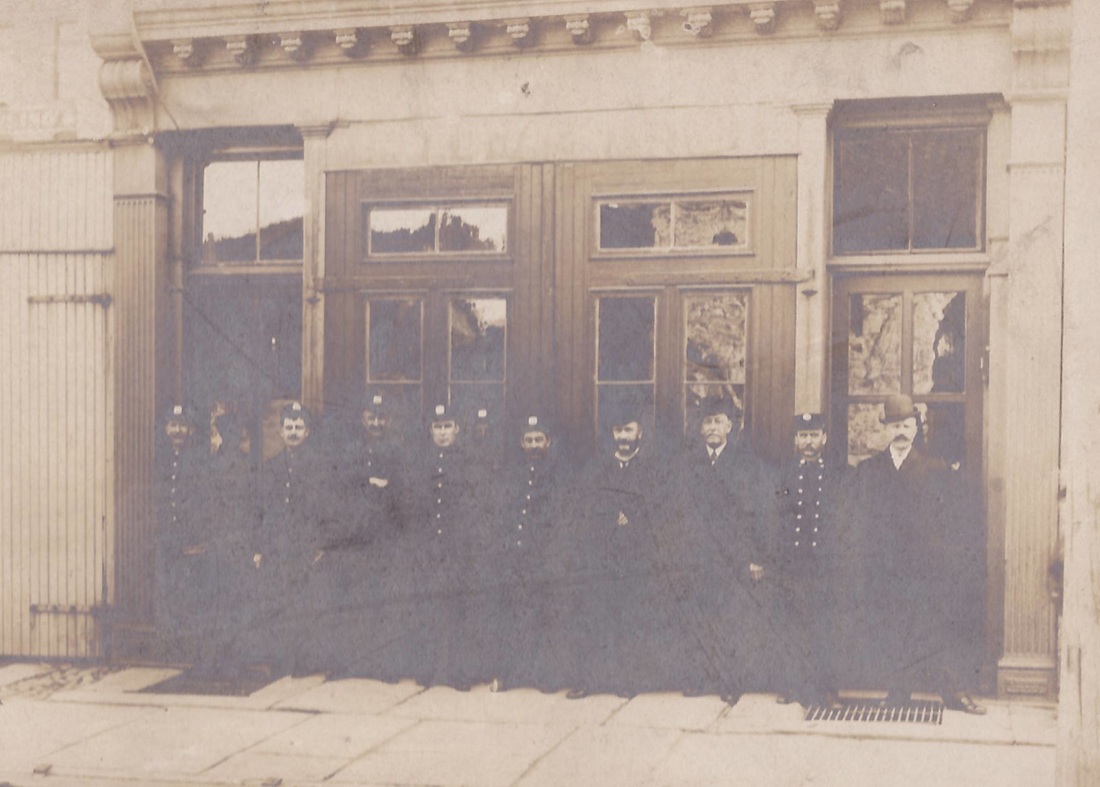 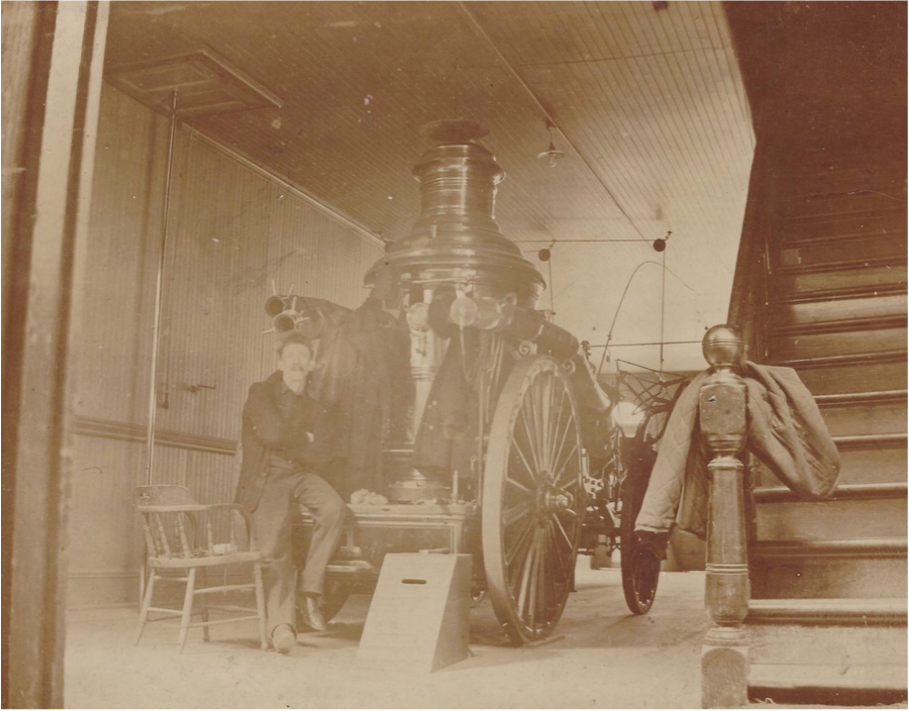 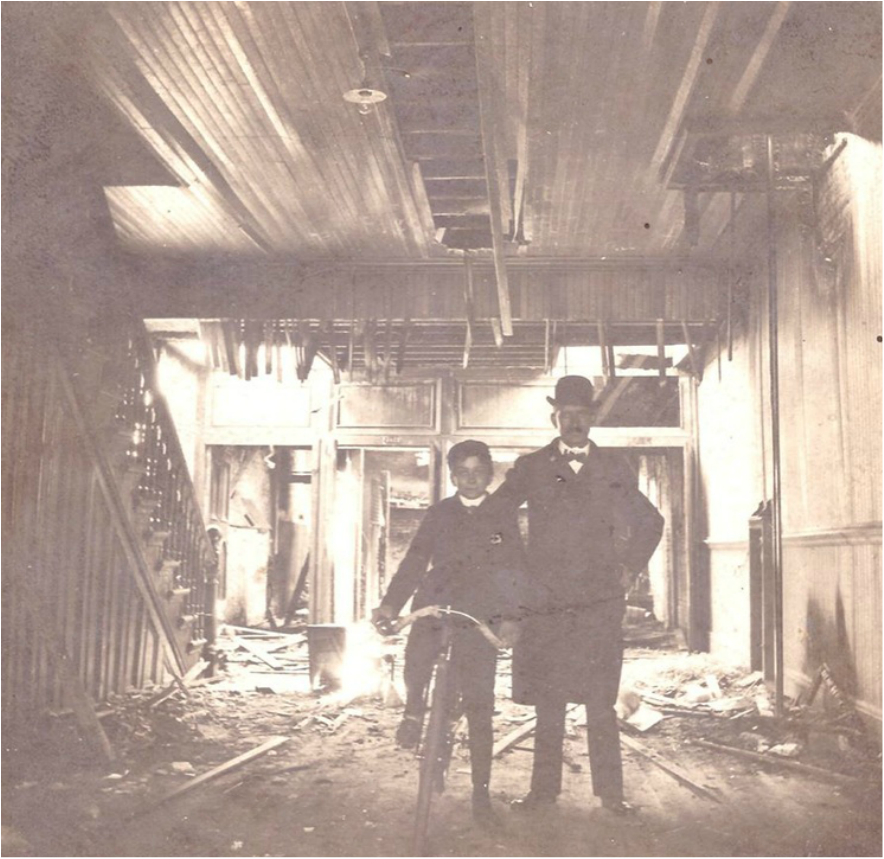 April 21, 1903: Alderman Committee plans repair to firehouse. Als Railroads will build ramps for apparatus to be taken on trains for mutual aid purposes

May 27, 1903 ​Engine Company One received a new First Size Metropolitan Steam Fire Engine as well as a Seagrave Hose Wagon (both pictured below)​ 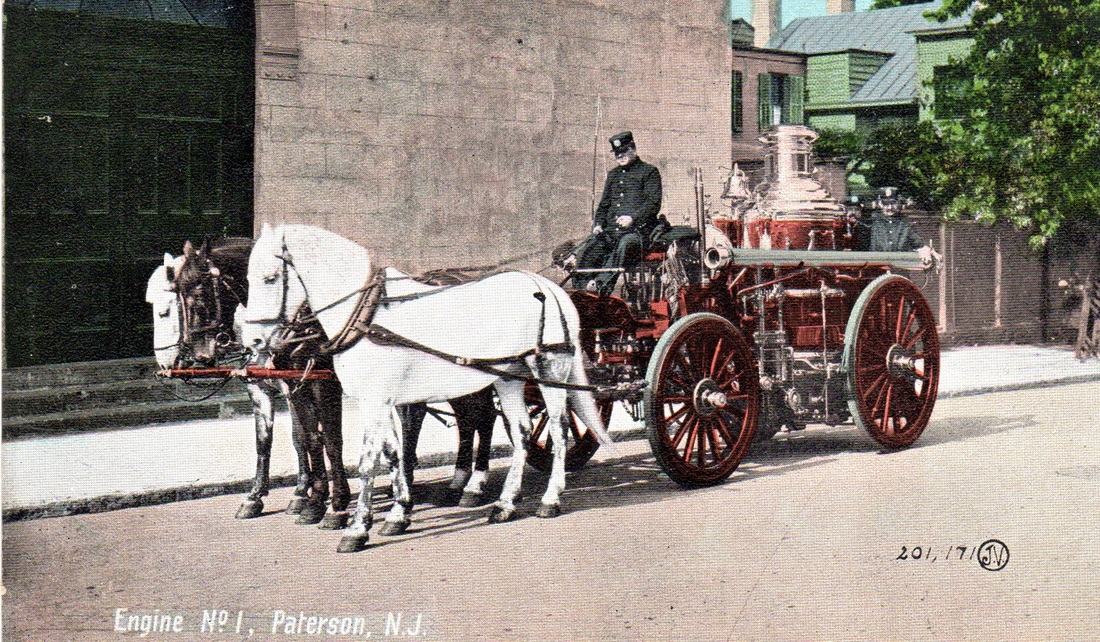 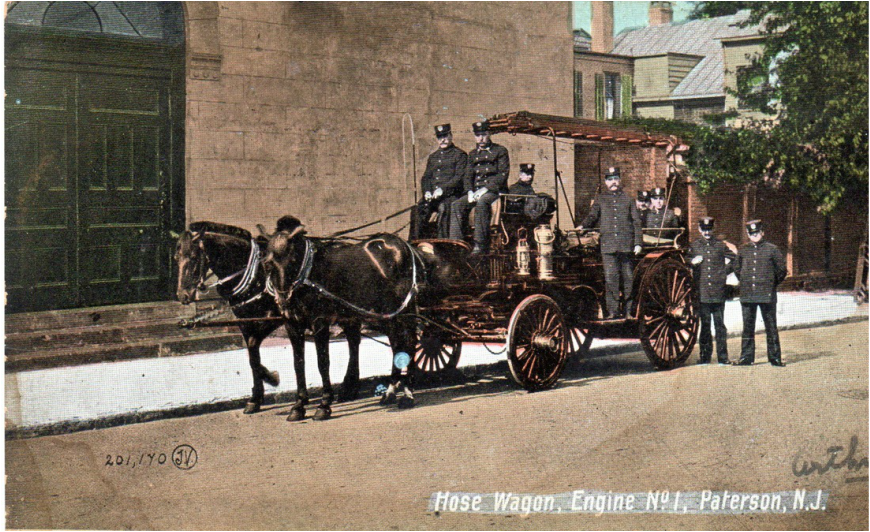 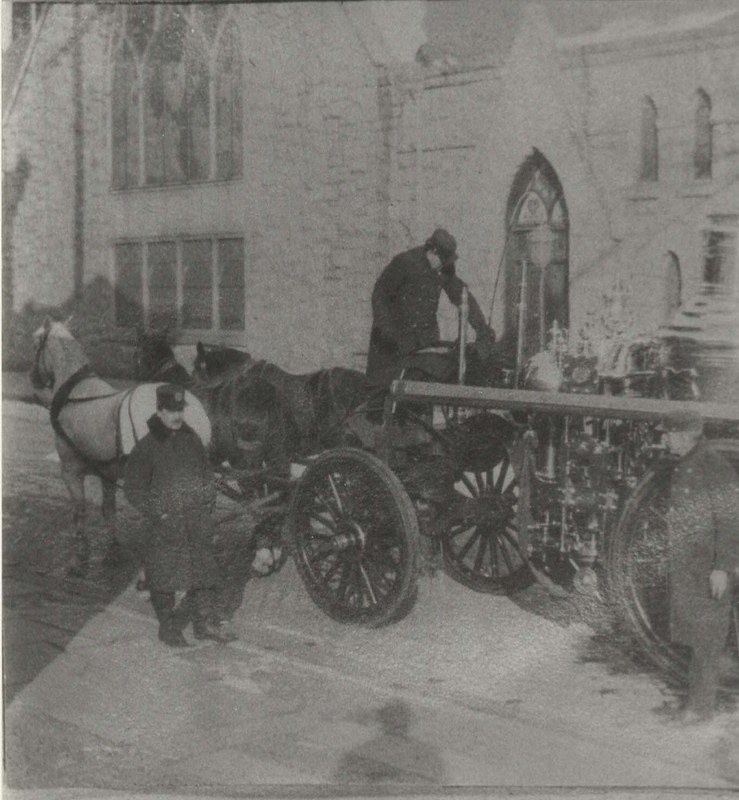 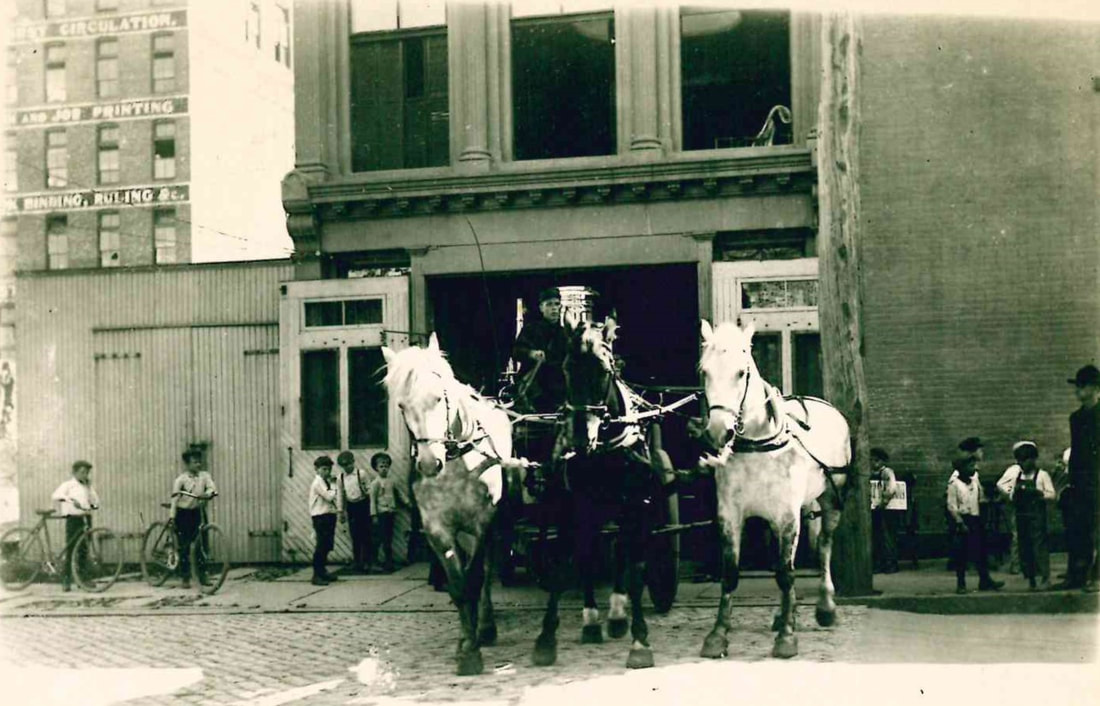 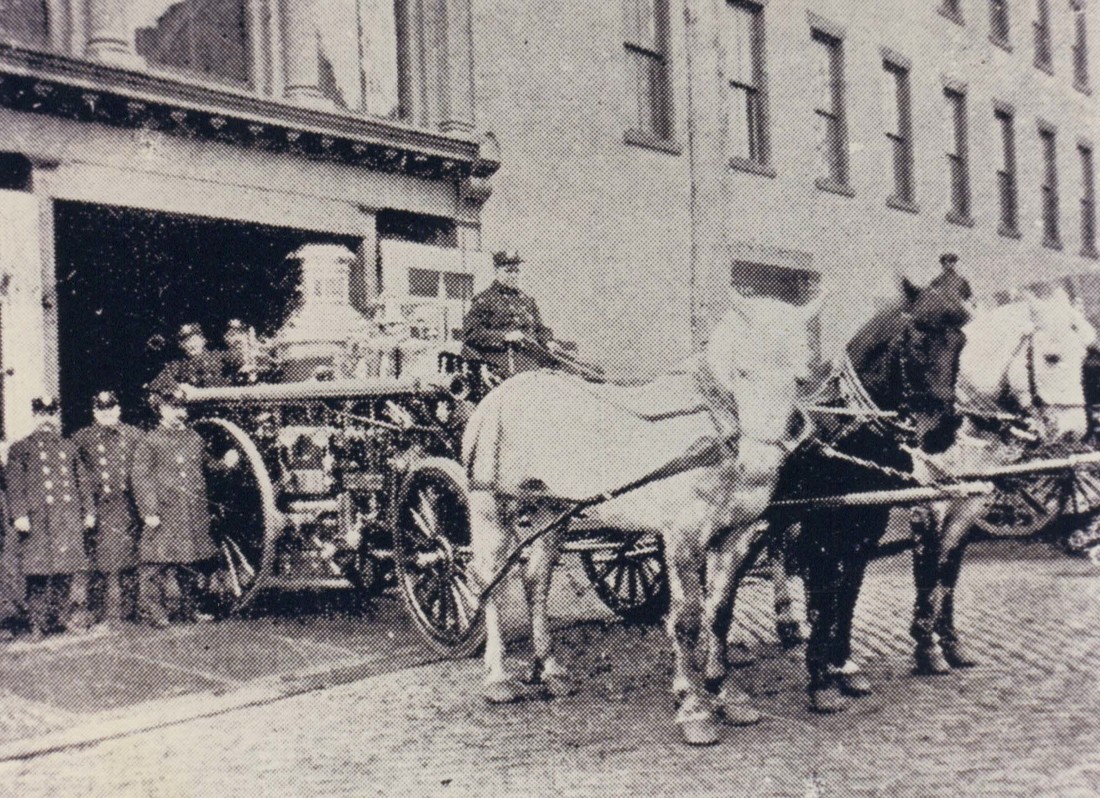 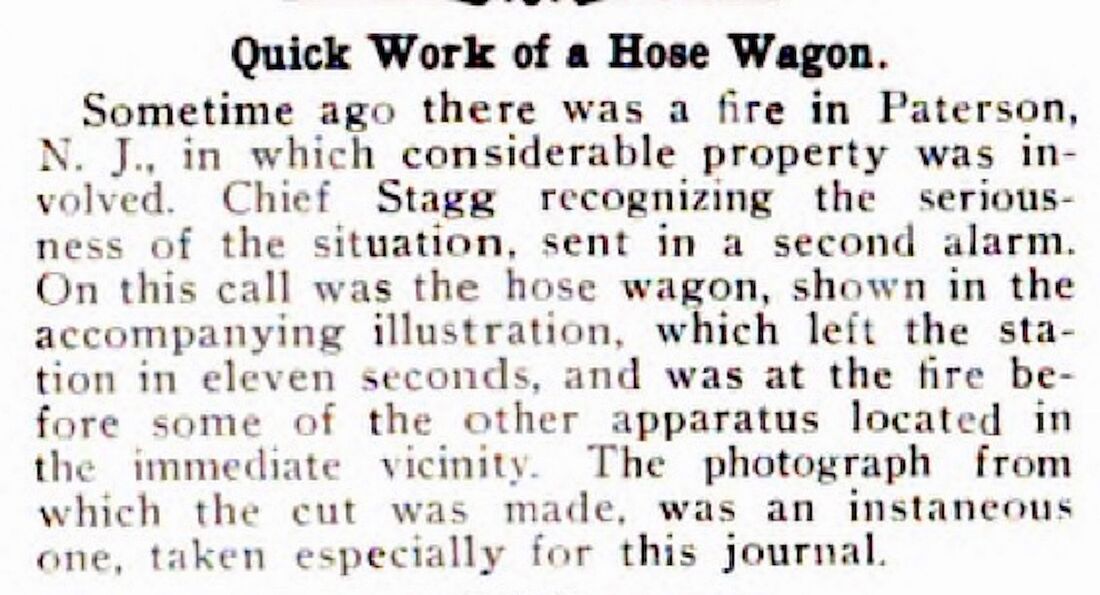 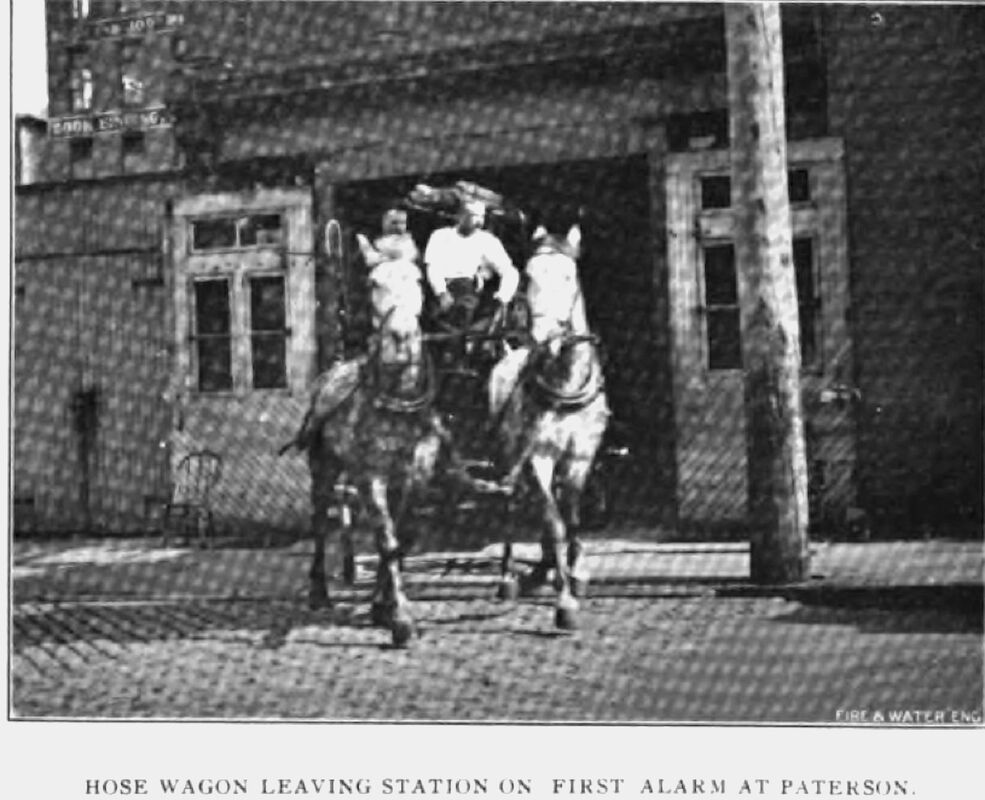 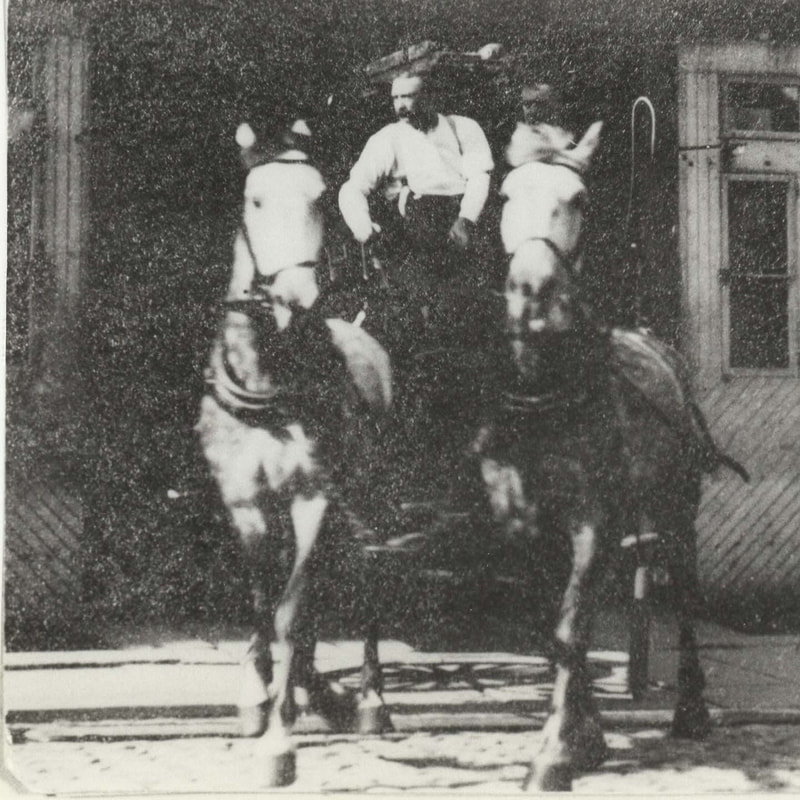 Engine Company 1 Metropolitan Steamer as seen from the rear 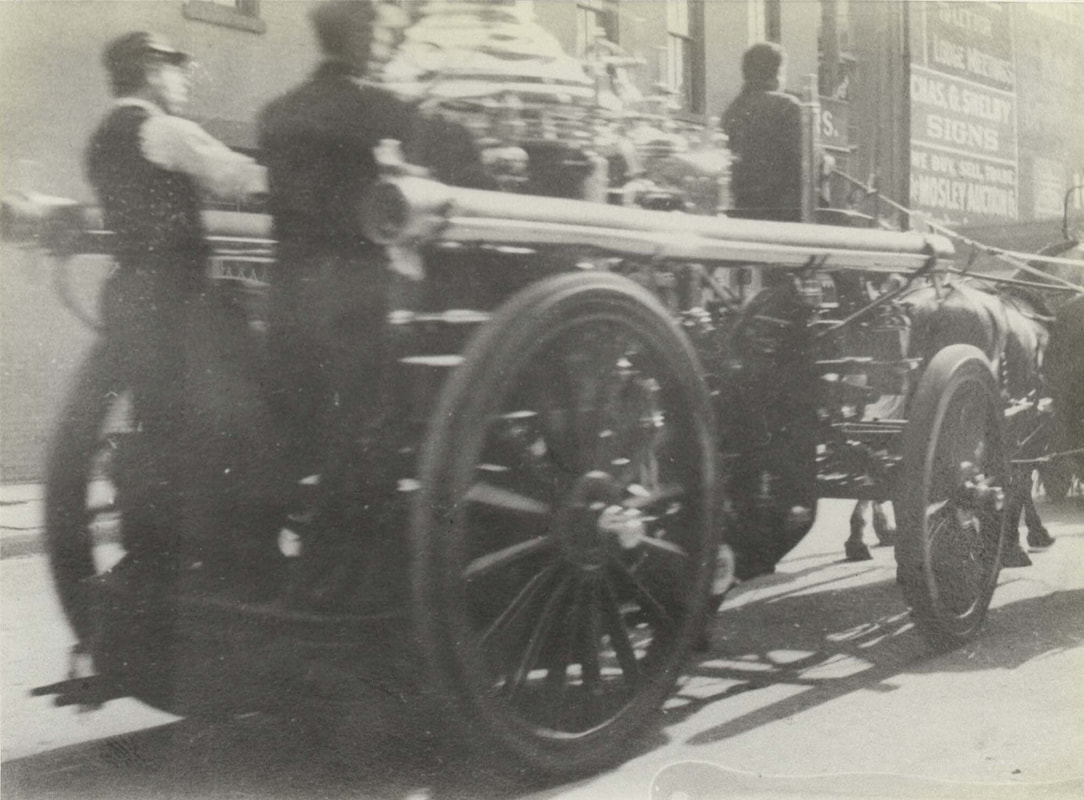 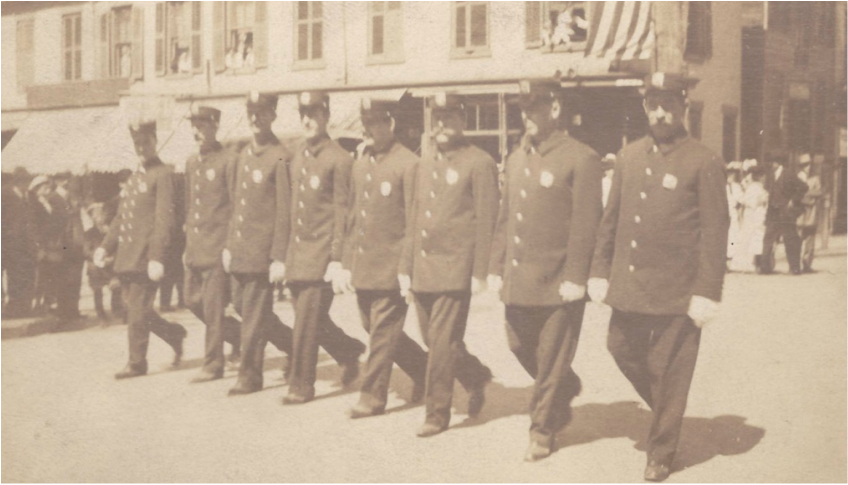 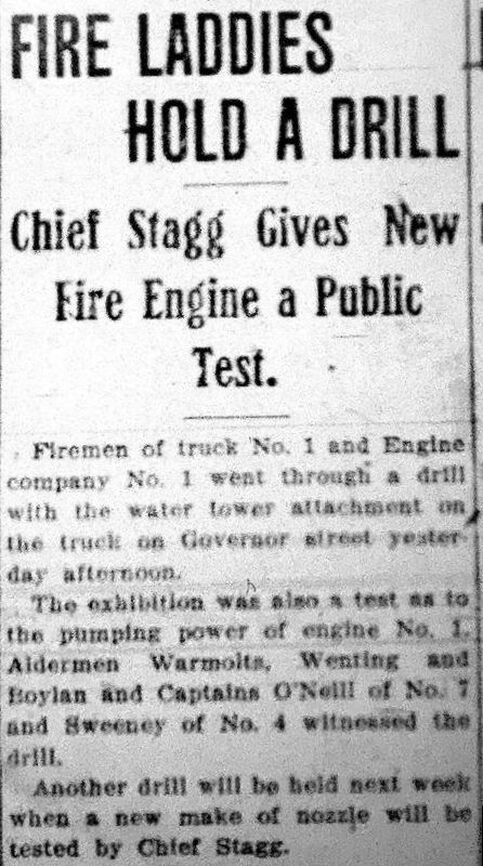 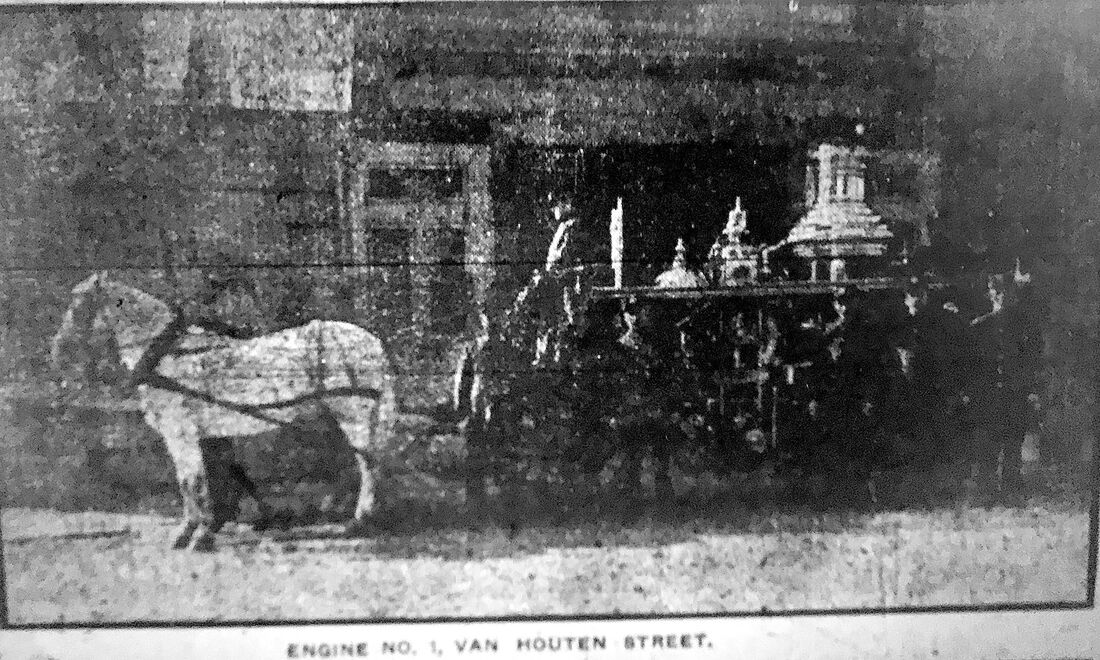 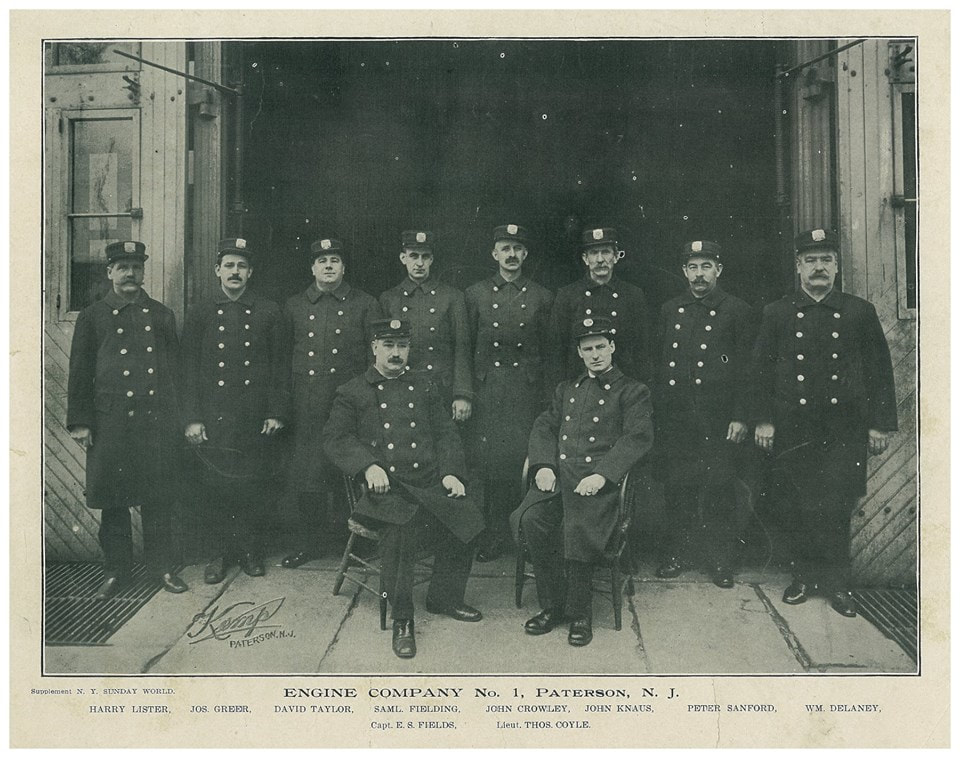 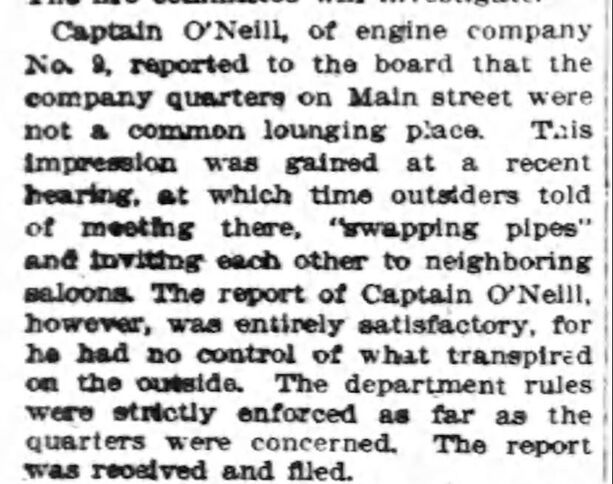 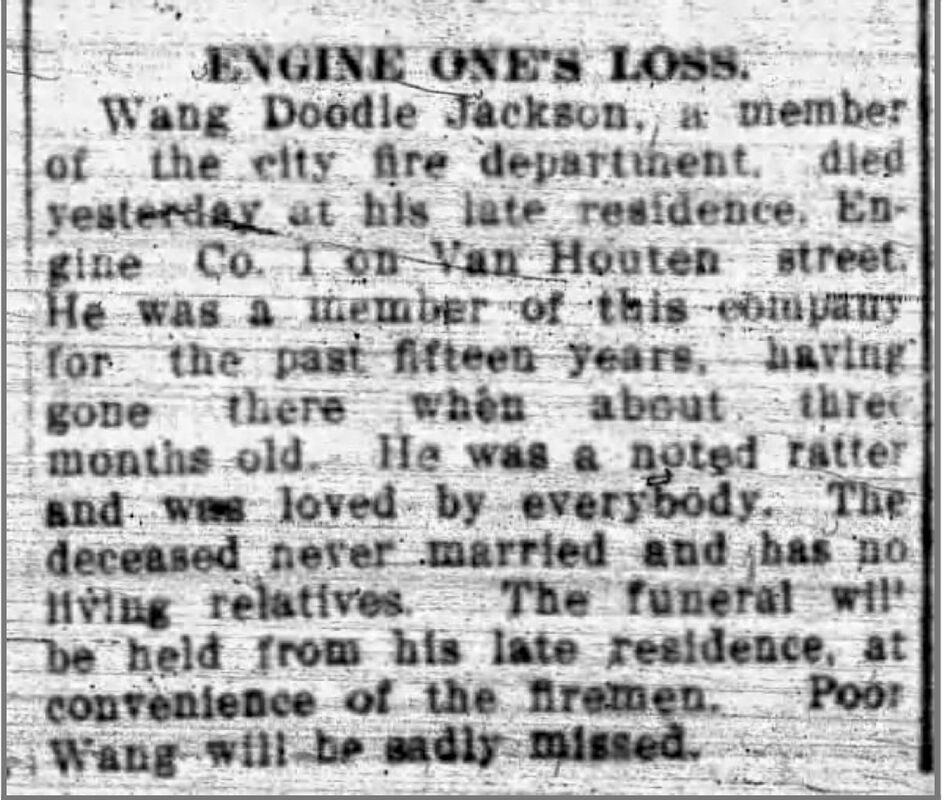 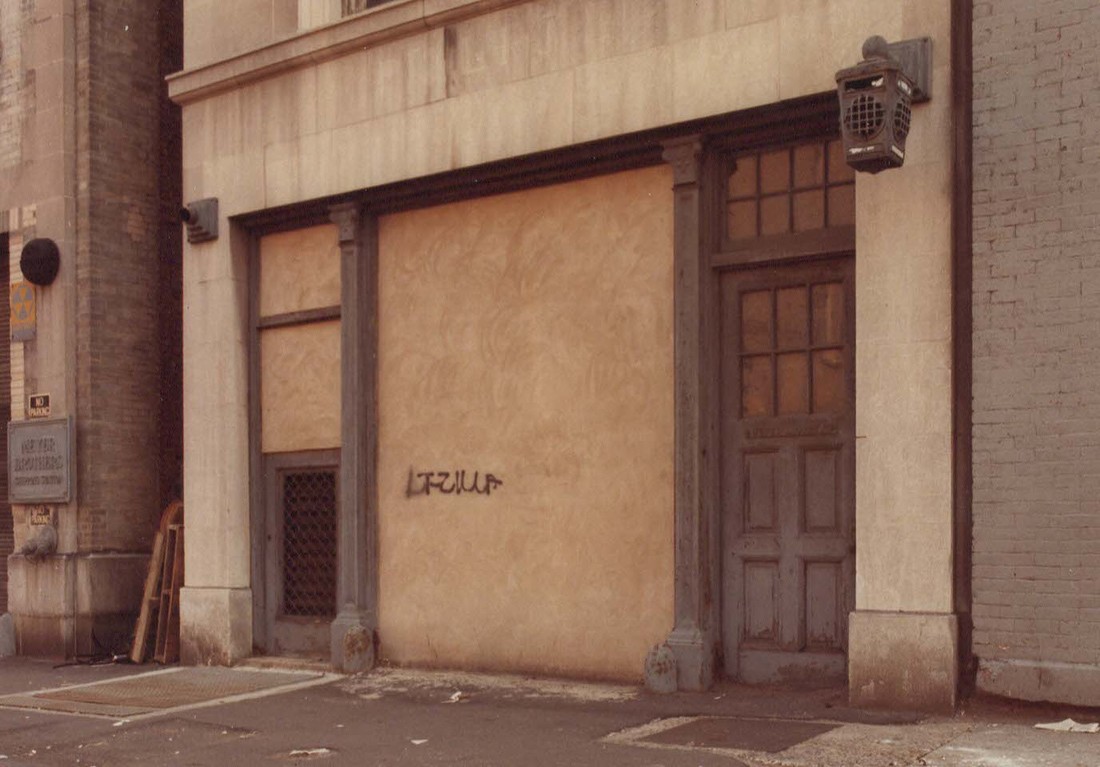 2016 view of the old firehouse